Hey guys, It's Toby blogging again! Since you all love advertisements check out my youtube channel: Piewizard t. Today I am going to blog about Devil's Tower, because the aliens are making me (yeah, I've got thousands of 'em folks)

We woke up in Billings, Montana (Dad's hometown) and we headed outside; we were greeted by Mr. Peacock: 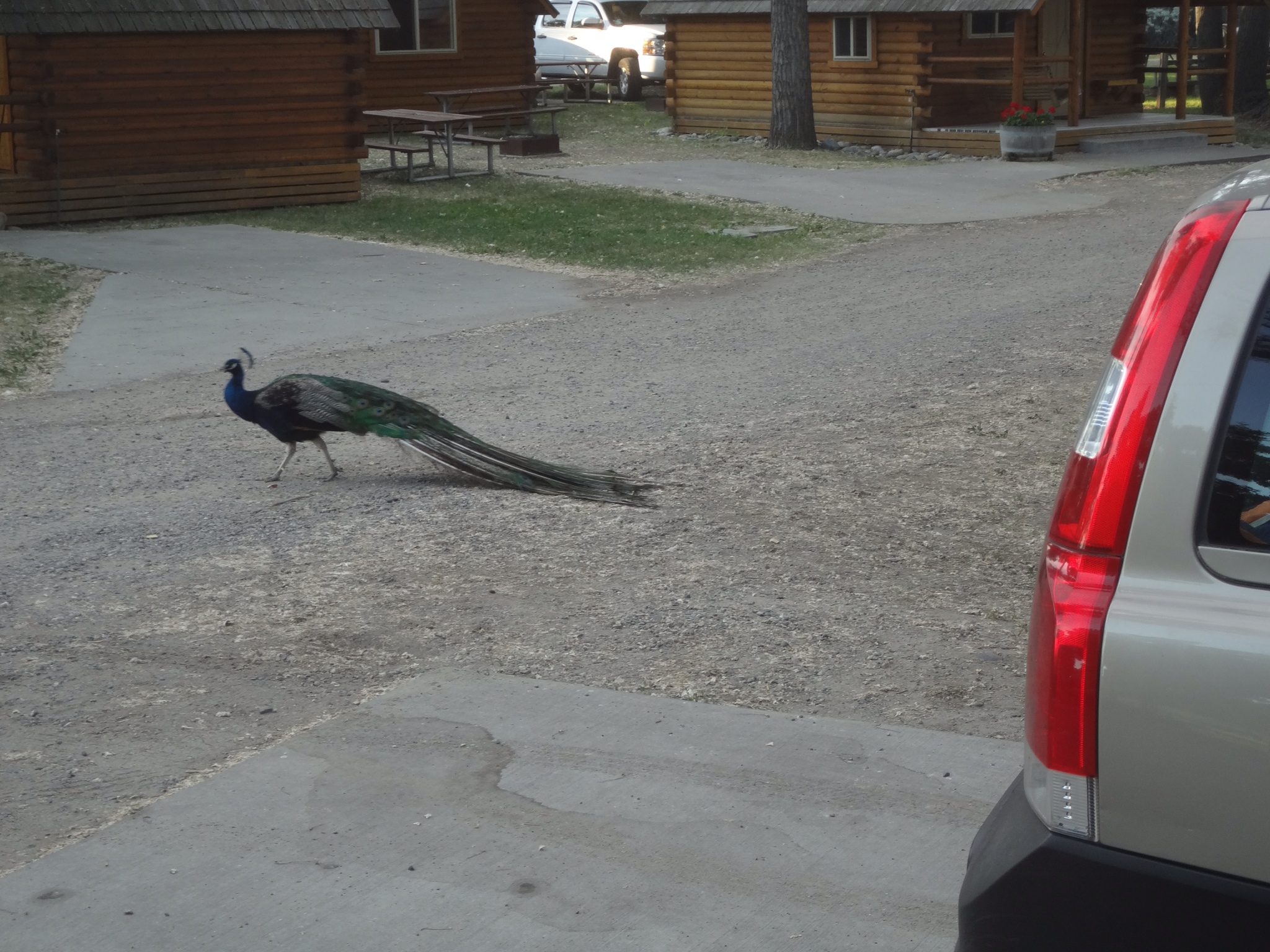 Then we got into the car and headed off to devils tower. 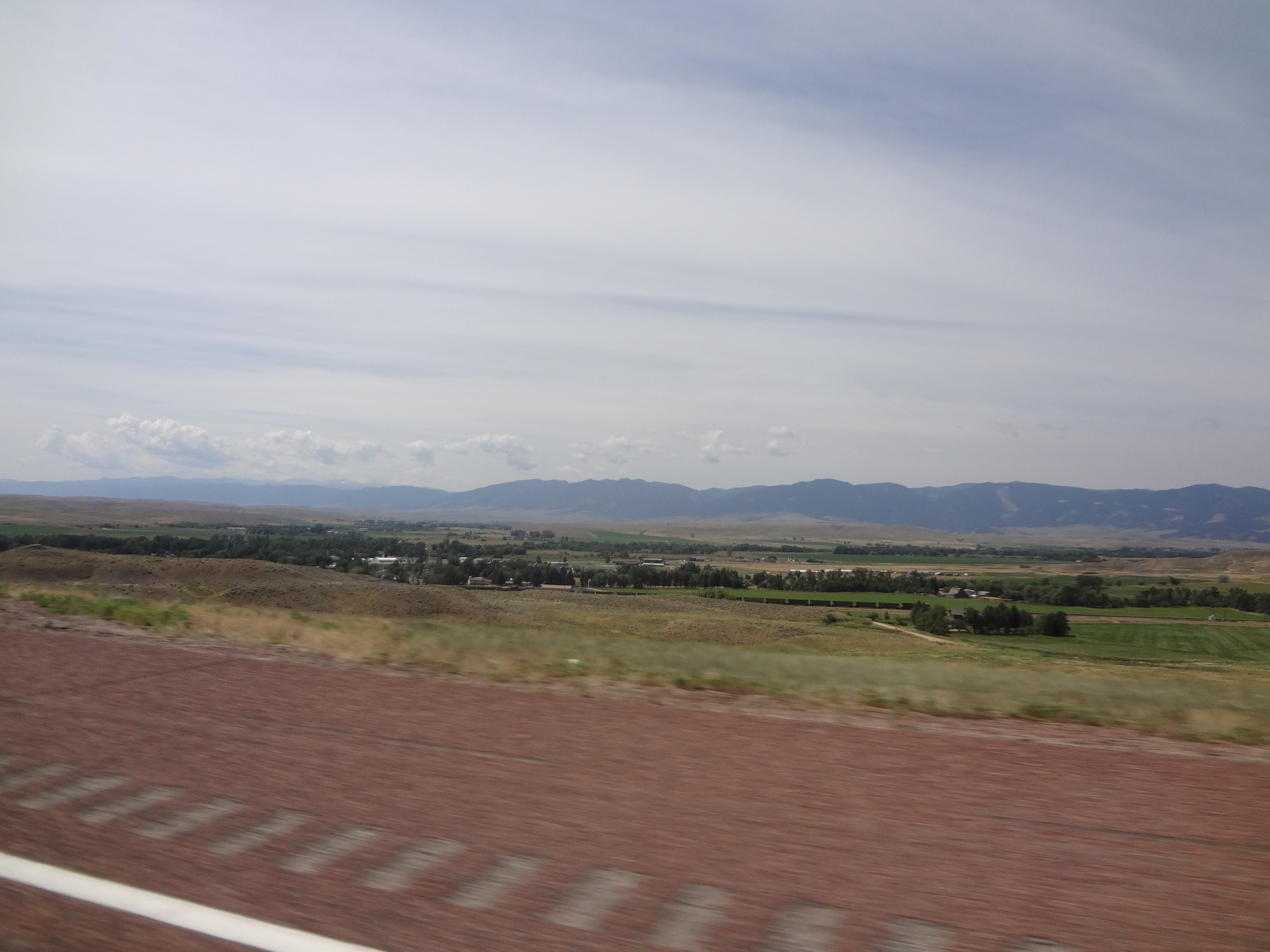 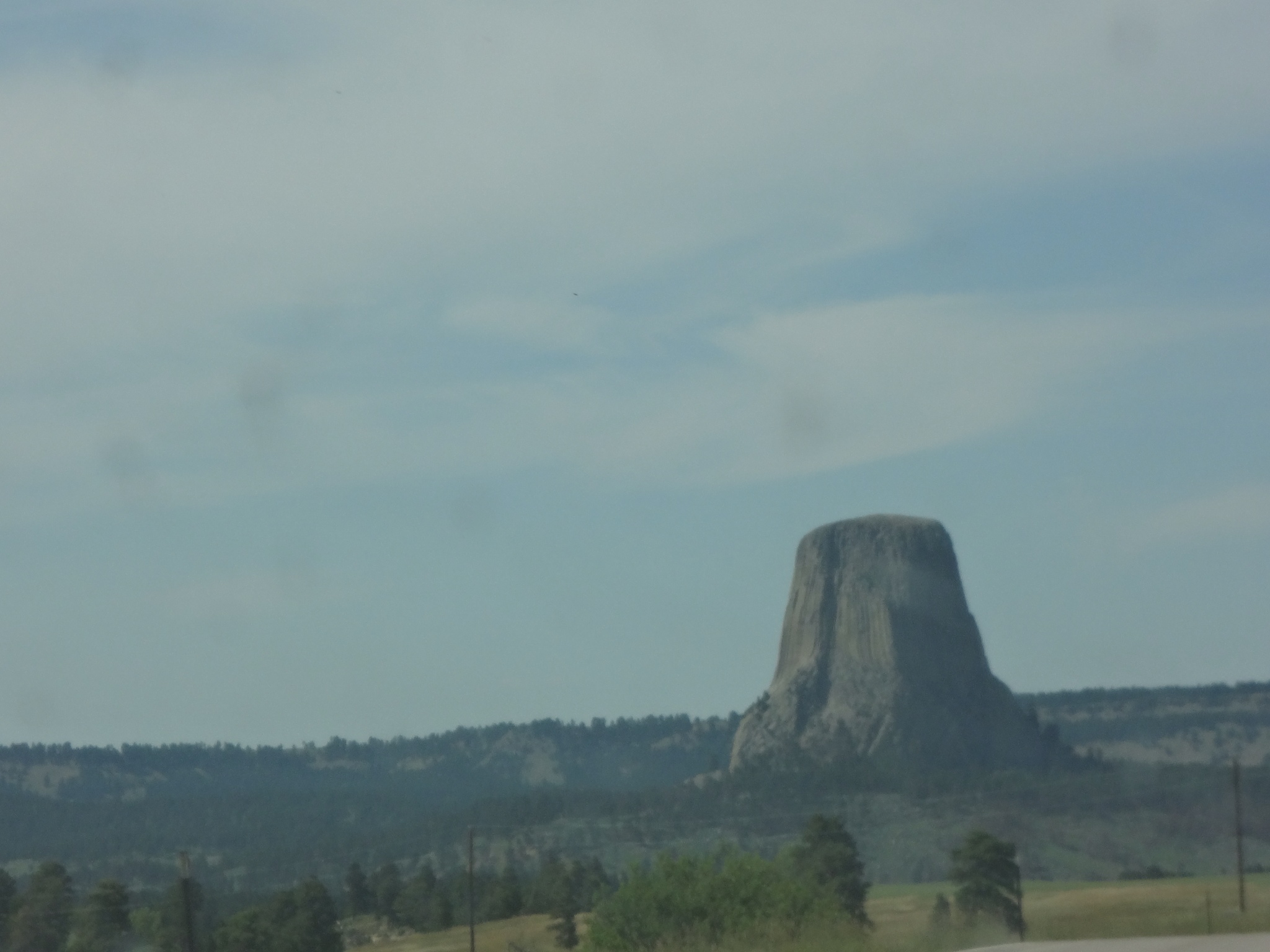 Then Mom and Dad set up the tents while me and calvin played video games. Sorry Mom and Dad, I'll make it up to you, how about I get probed first?

We set off to do a trail and we read some of the bear legend of devils tower. Cal read all of it. I said they should've made a Buffy The Vampire Slayer episode there with the giant bear. Maybe they were afraid the alien tech would mess with their tech. 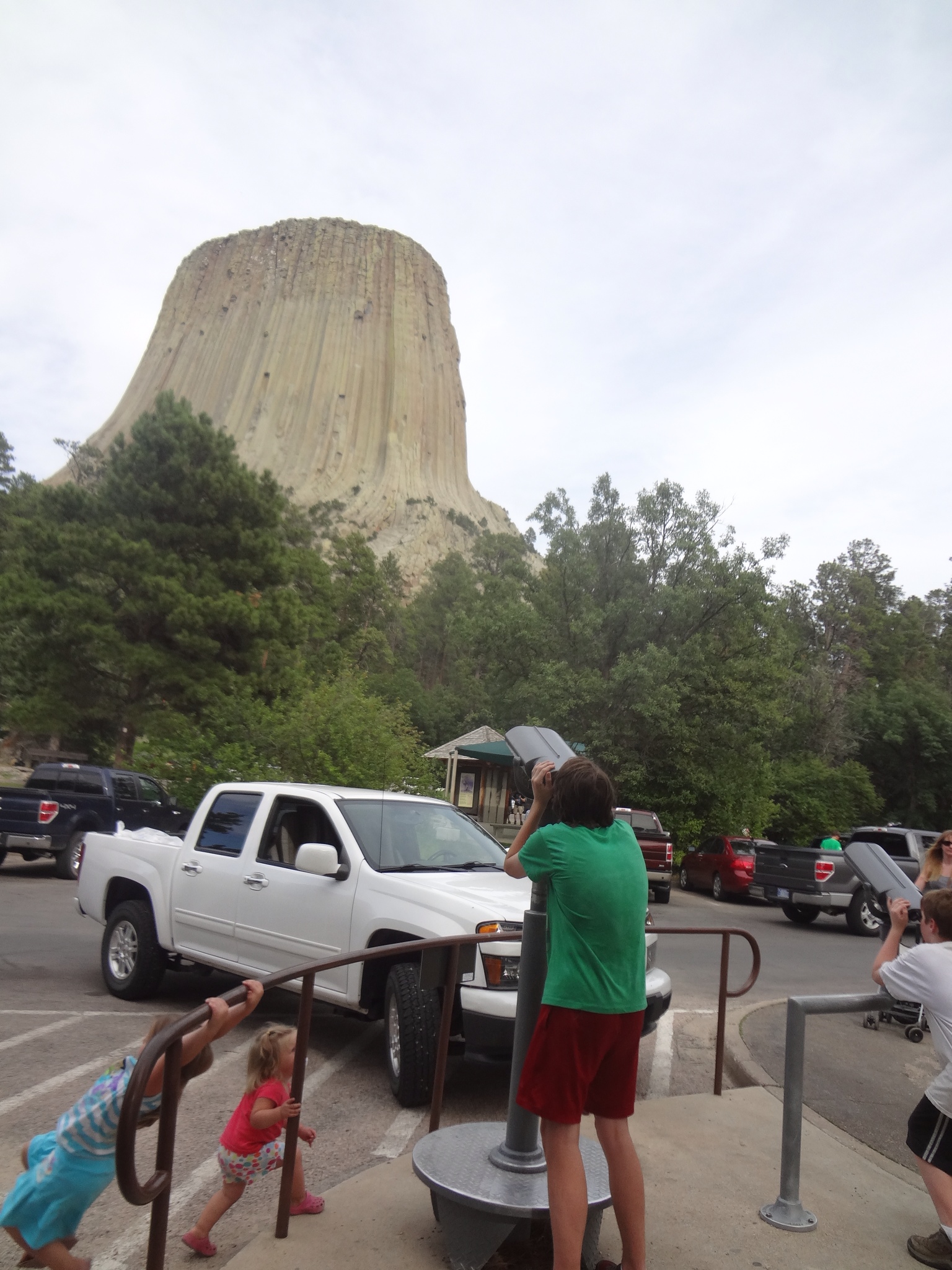 Then I saw a spot on the Tower that looked weird. I stared at it for a minute then hopped off. Then I realized I was all alone. I called a couple times then waited a minute. Then I went Inside the visitors center and told the workers. Then the friendly sheriff went outside with me to wait. Then I saw dad and told her that I saw him, and I ran over.Then we regrouped and had cinnamon covered nuts from cinnabon. We got on the trail and set off on the hike. 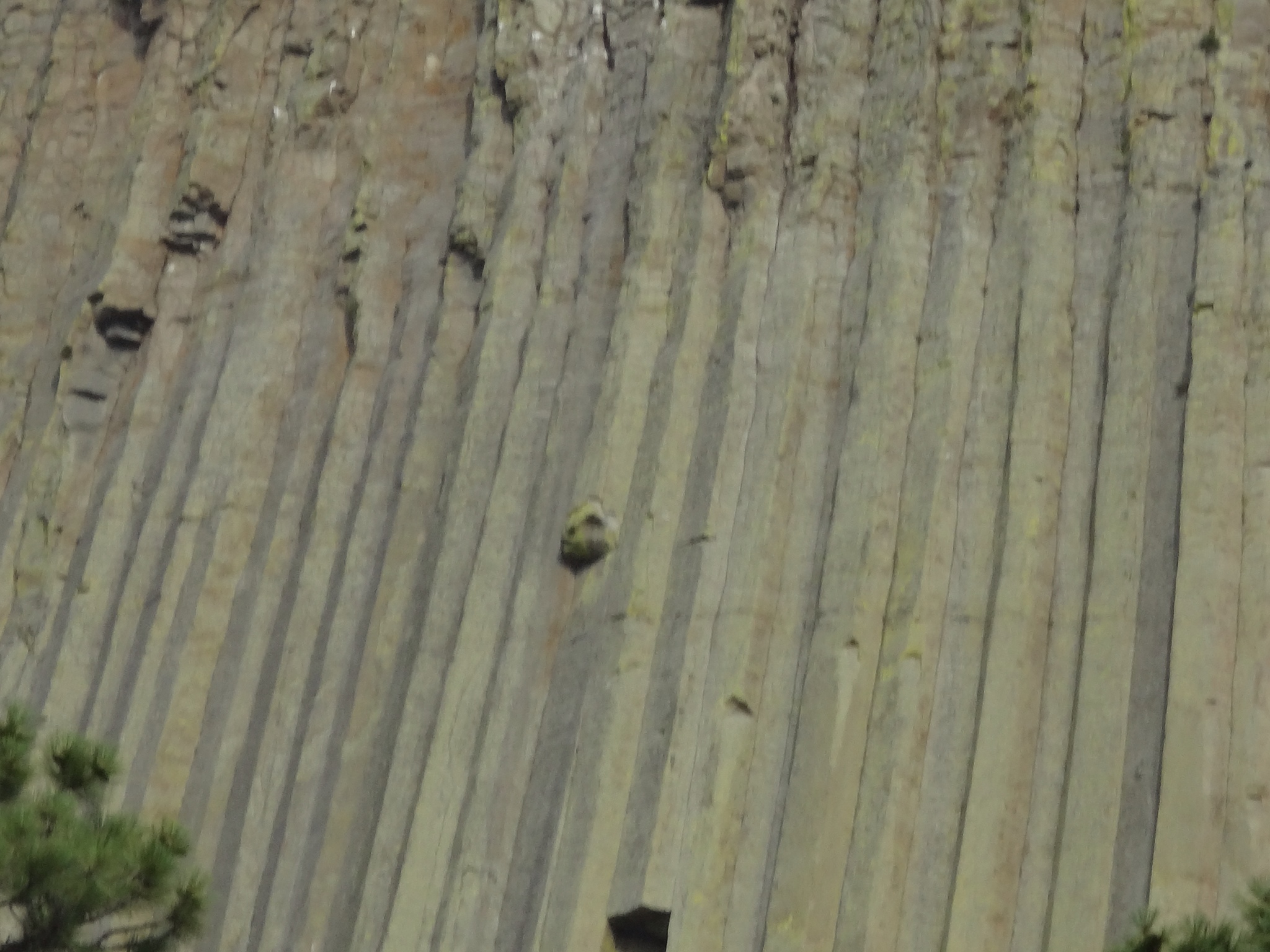 There is a face on the tower. 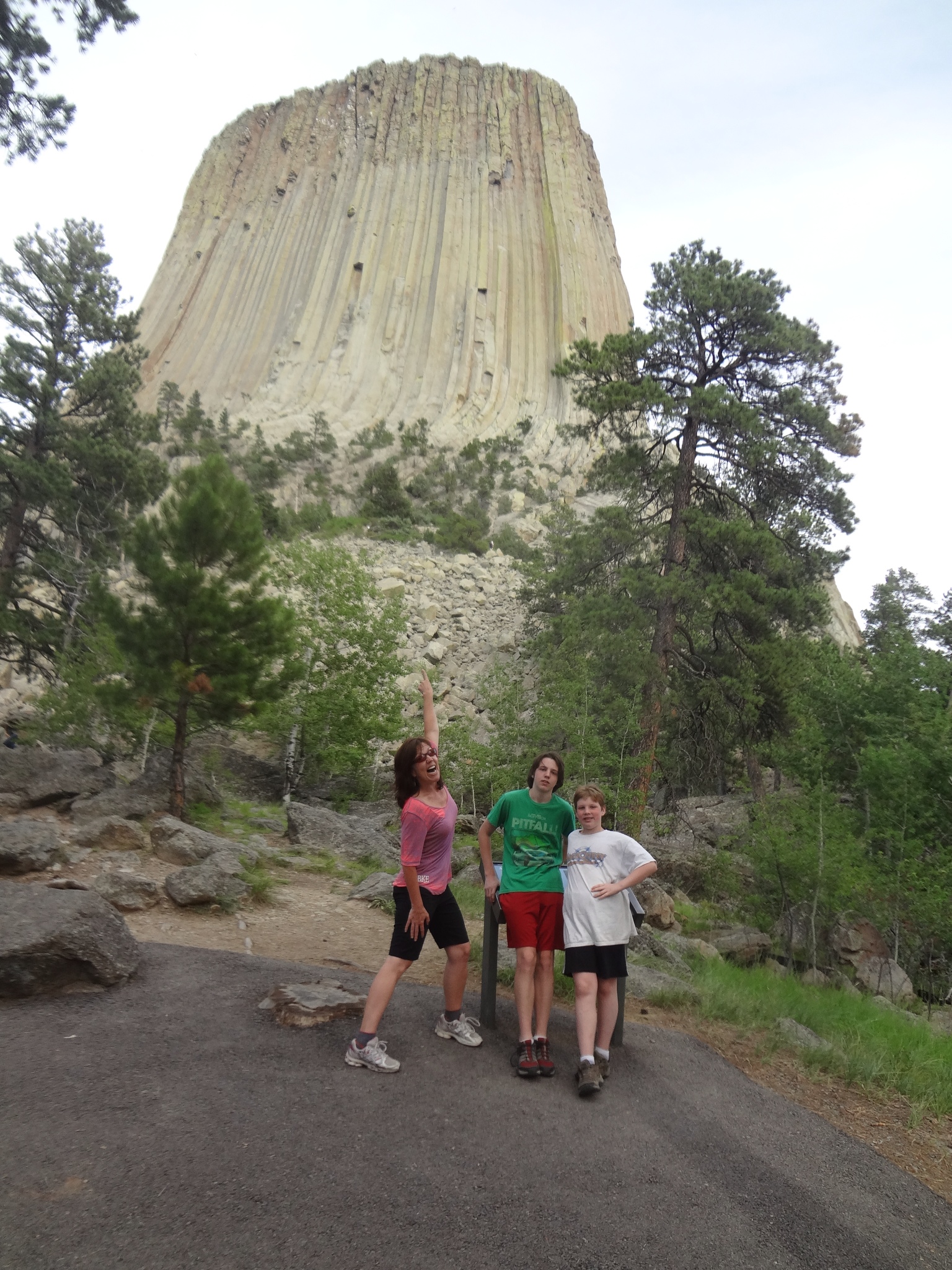 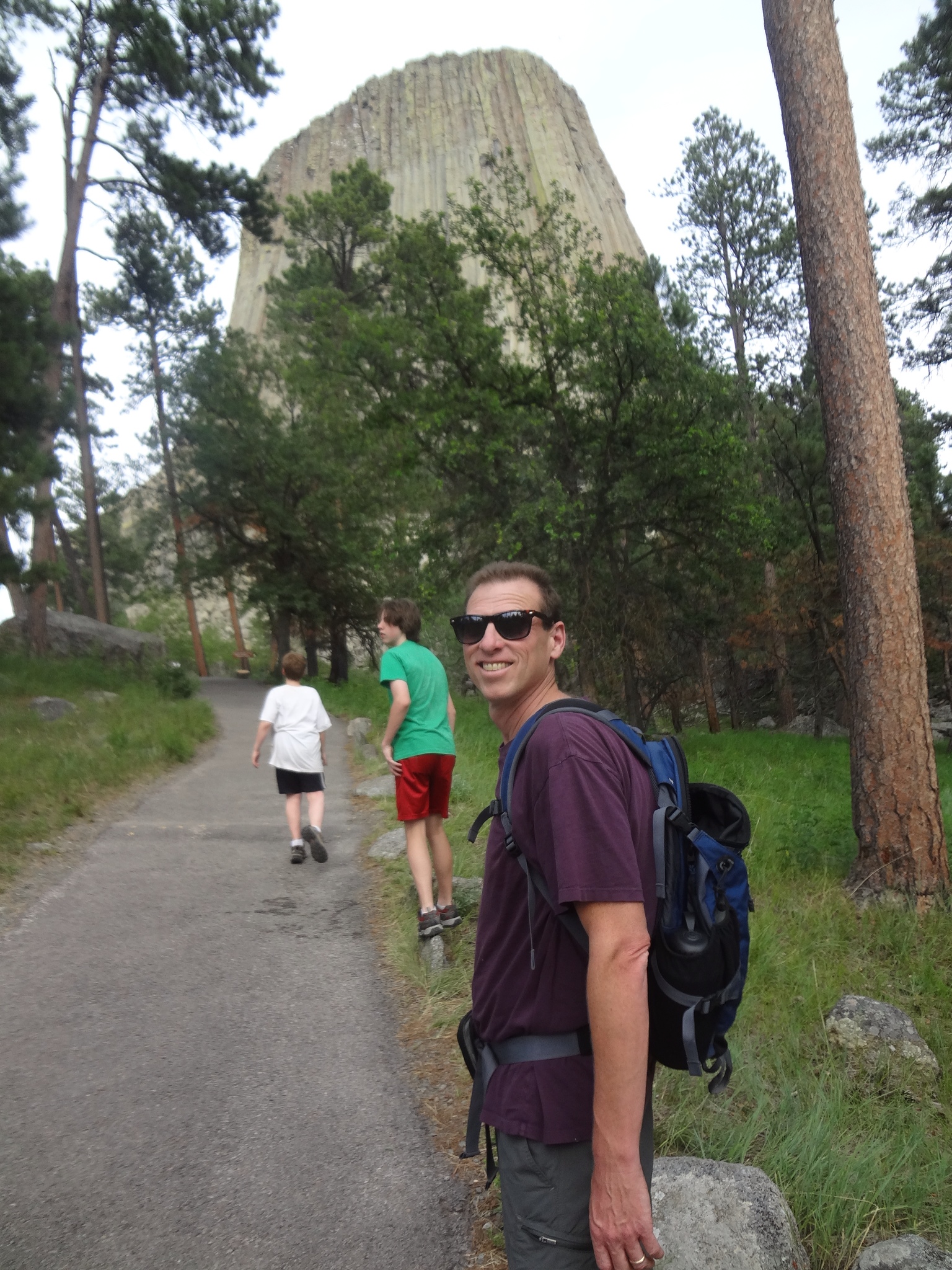 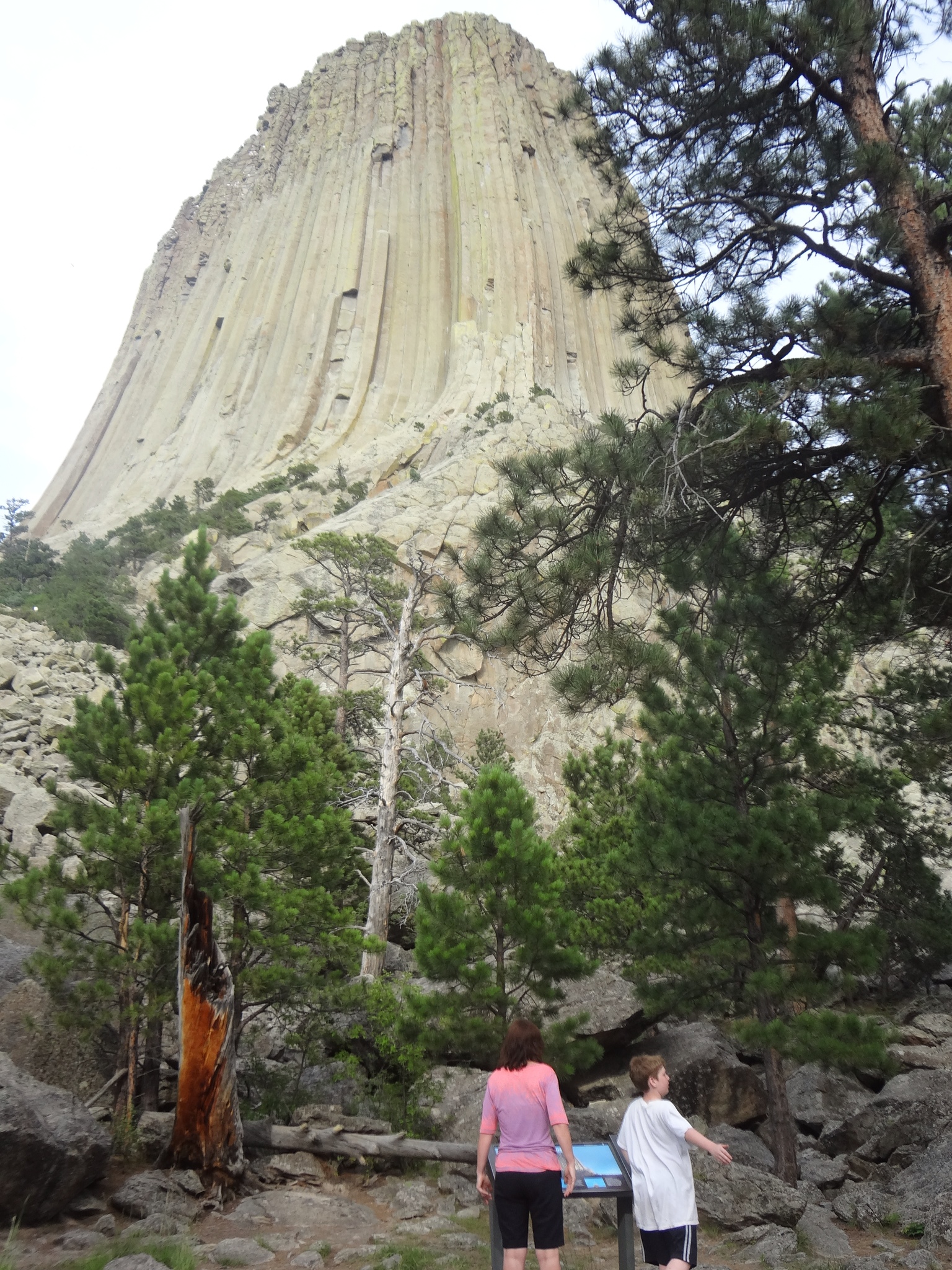 Then we saw the prairie dogs. 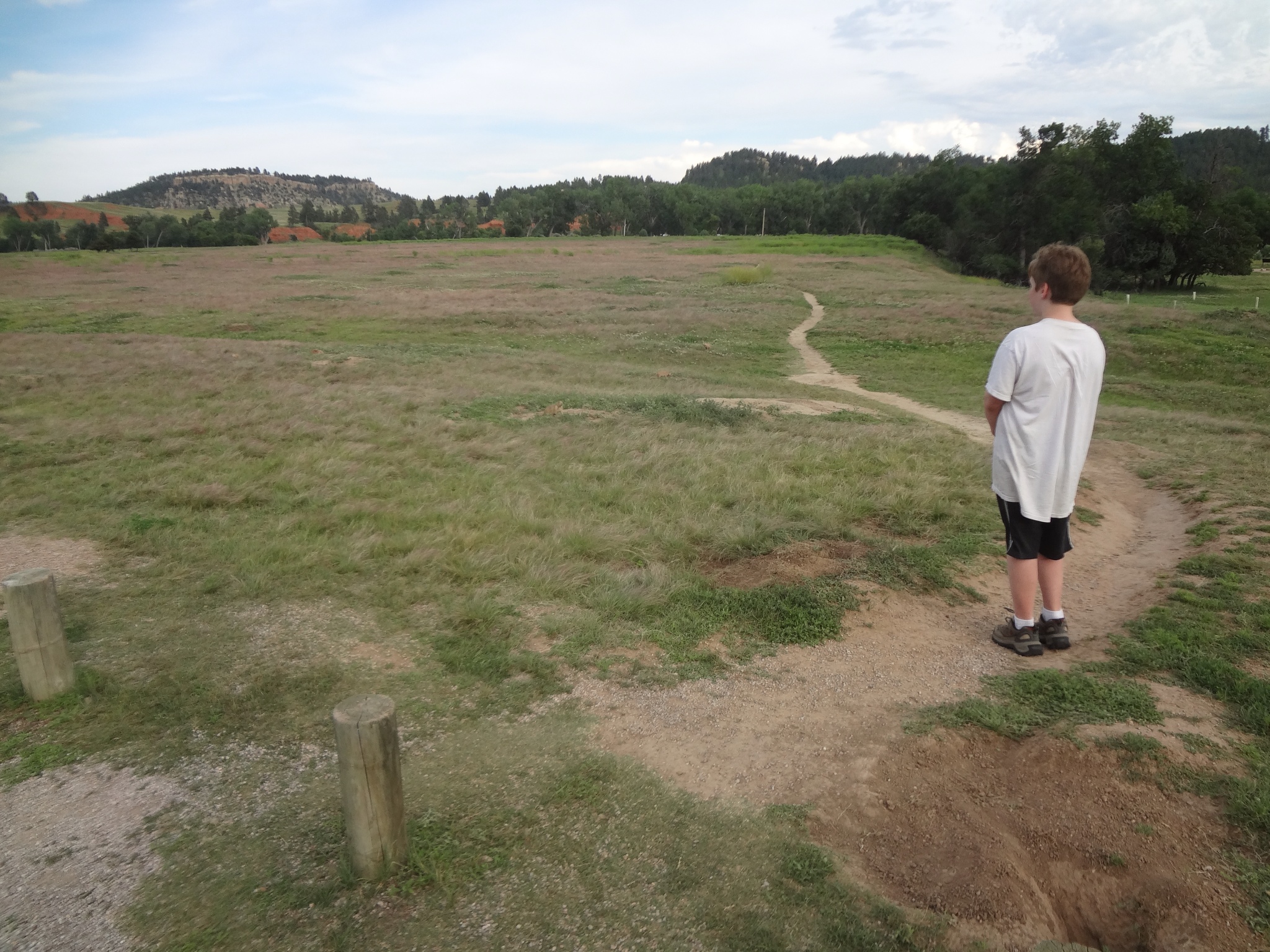 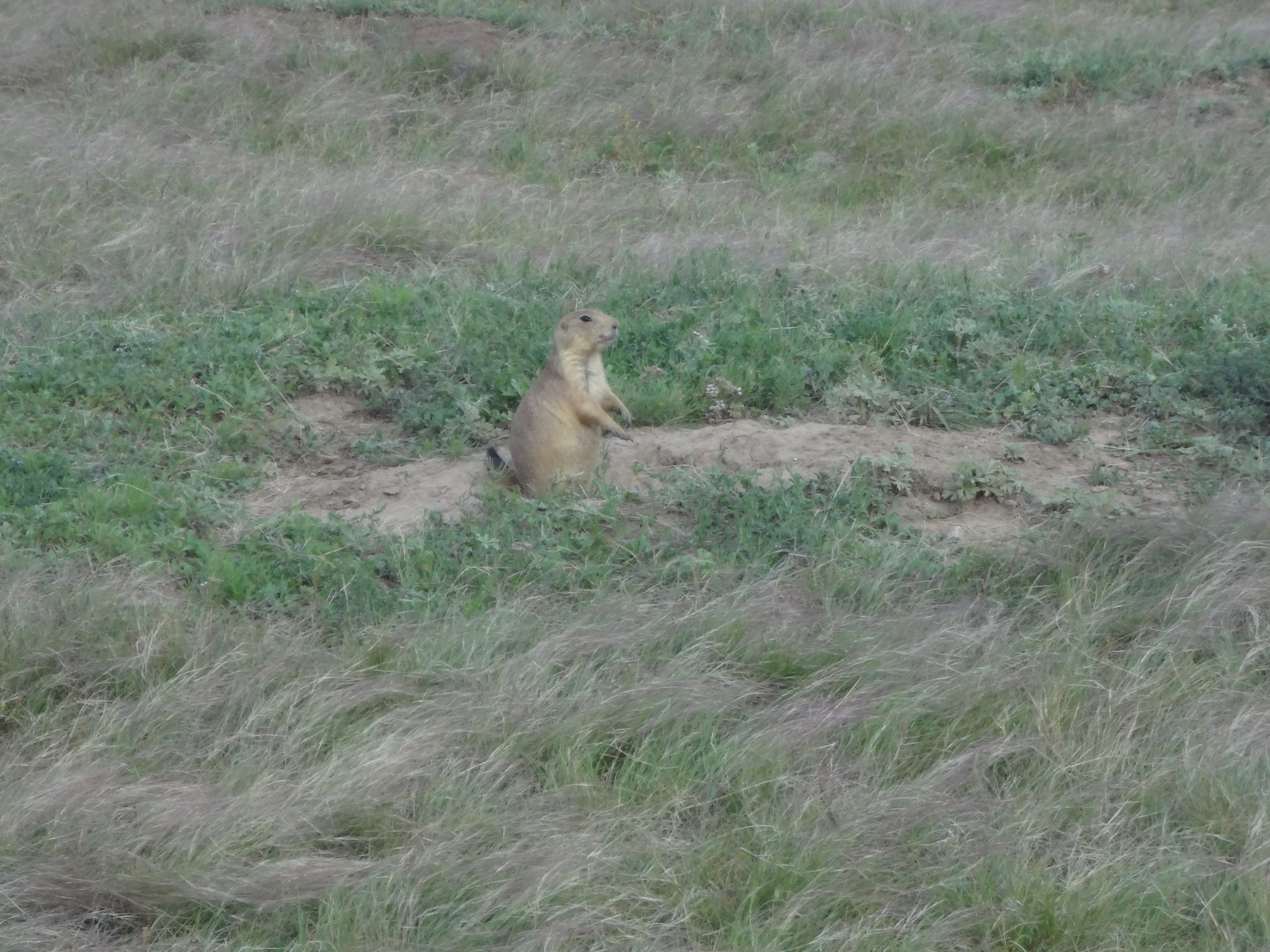 Then we got back, made dinner and went to bed. 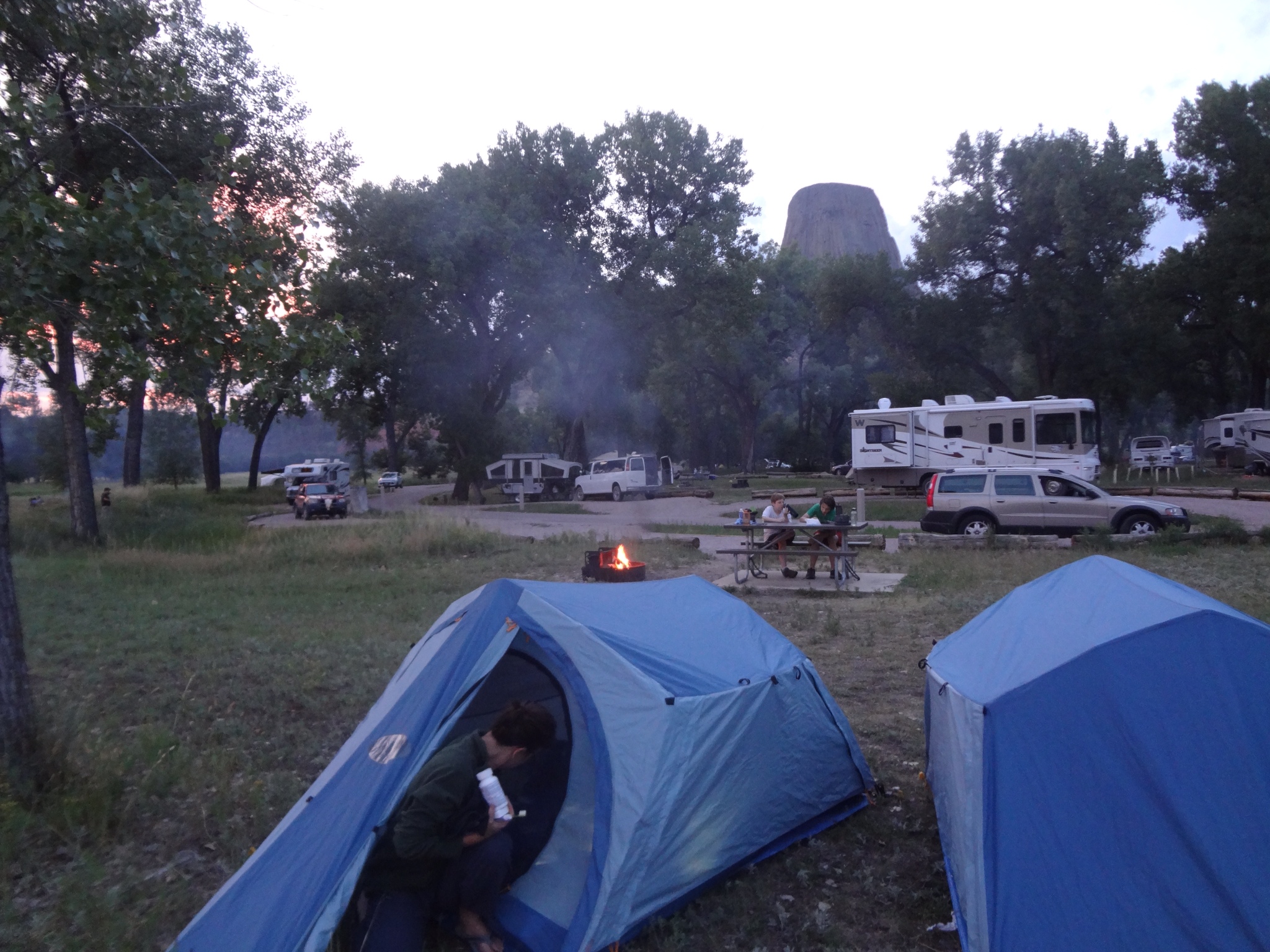 Before we got to bed, me and Cal read for a while. Once it was time to sleep, we heard a bizarre noise that sounded like a space ship. Huh. Then we fell asleep.

Huh? More text? Technically, What happened next took place in the day after this blog, But it did happen in devils tower. I woke up to thrashing. Then i heard a loud bang, and a flash. My tarp was zipped up too. I realized that there was a thunder storm happening! I looked in our tent, and saw it was slightly wet. THE DEVICES! I saw that Calvin had put his fleece In the path of the devices, and had sopped up all the rain. YAY! Wait. We only had some of the devices. DUN DUN DUNNN! Then, Calvin woke up. I explained to Calvin that he had done a heroic deed. My sock had been placed in another path to the devices, so we were lucky. I grabbed a lantern, and began signaling to mom and dad, but it was so loud, we could not hear each other. When it became quiet for a moment dad yelled, and we could hear each other. Me and Calvin read for a while, then I used the bathroom, and went back to bed. In the morning, we discovered the car windows were down a little, so my 3DS got hit, but it was ok, Mom's kindle fire got hit, but it was ok, and mom's laptop got hit, and it got wrecked. D: Thanks for reading!