There hasn't been a lot of excitement around the GGI family house lately, but we've managed to find a few fun and low cost winter activities to pass the time. Here are some pictures from the long month of January.

A few weeks back we were in a long spell of sub-zero temperatures. That's mostly a big drag, but on the upside it means Red Brook freezes up on the nearby Clark's Pond trail and we can take a thermos of hot chocolate along for some running and sliding fun: 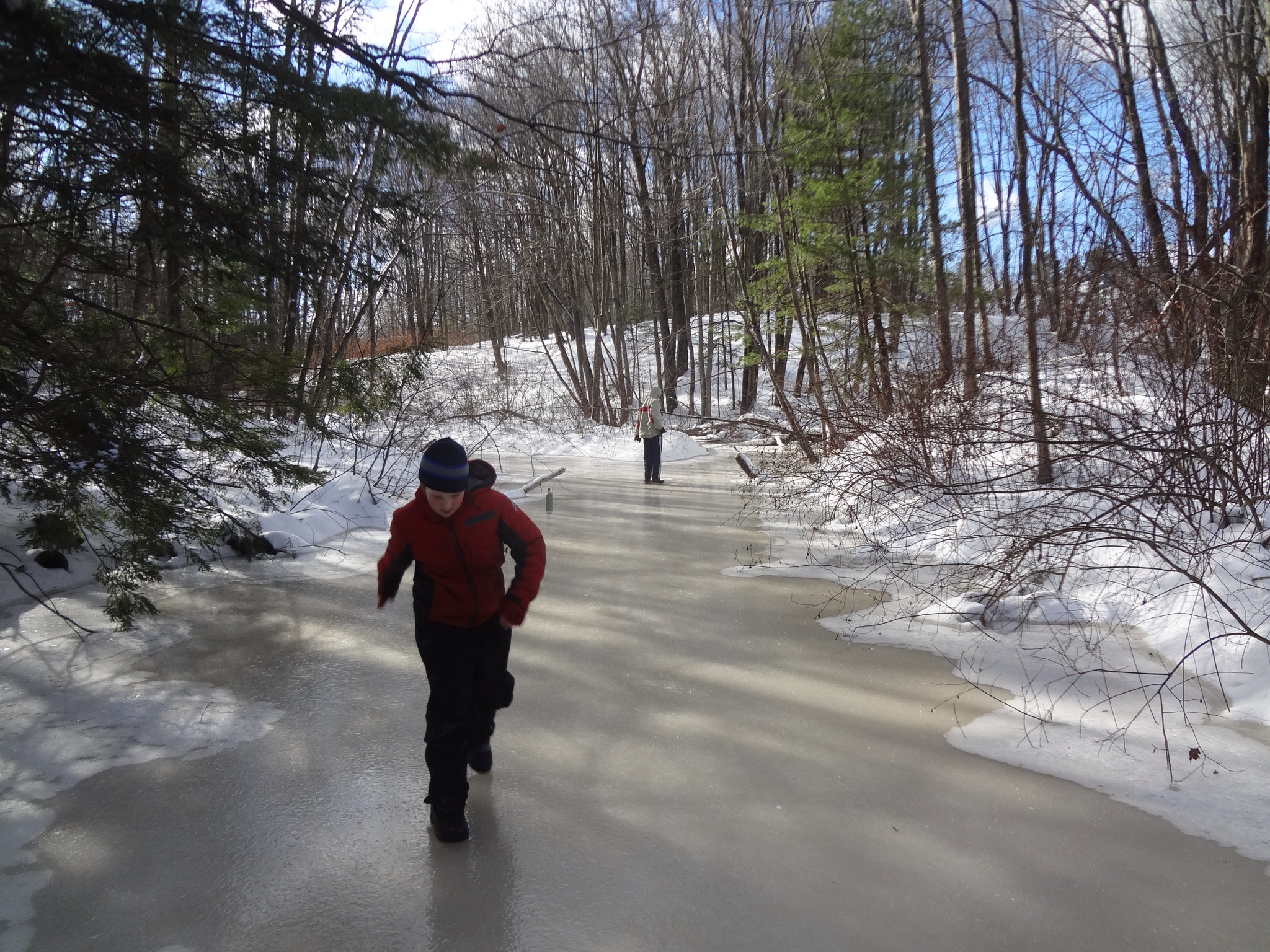 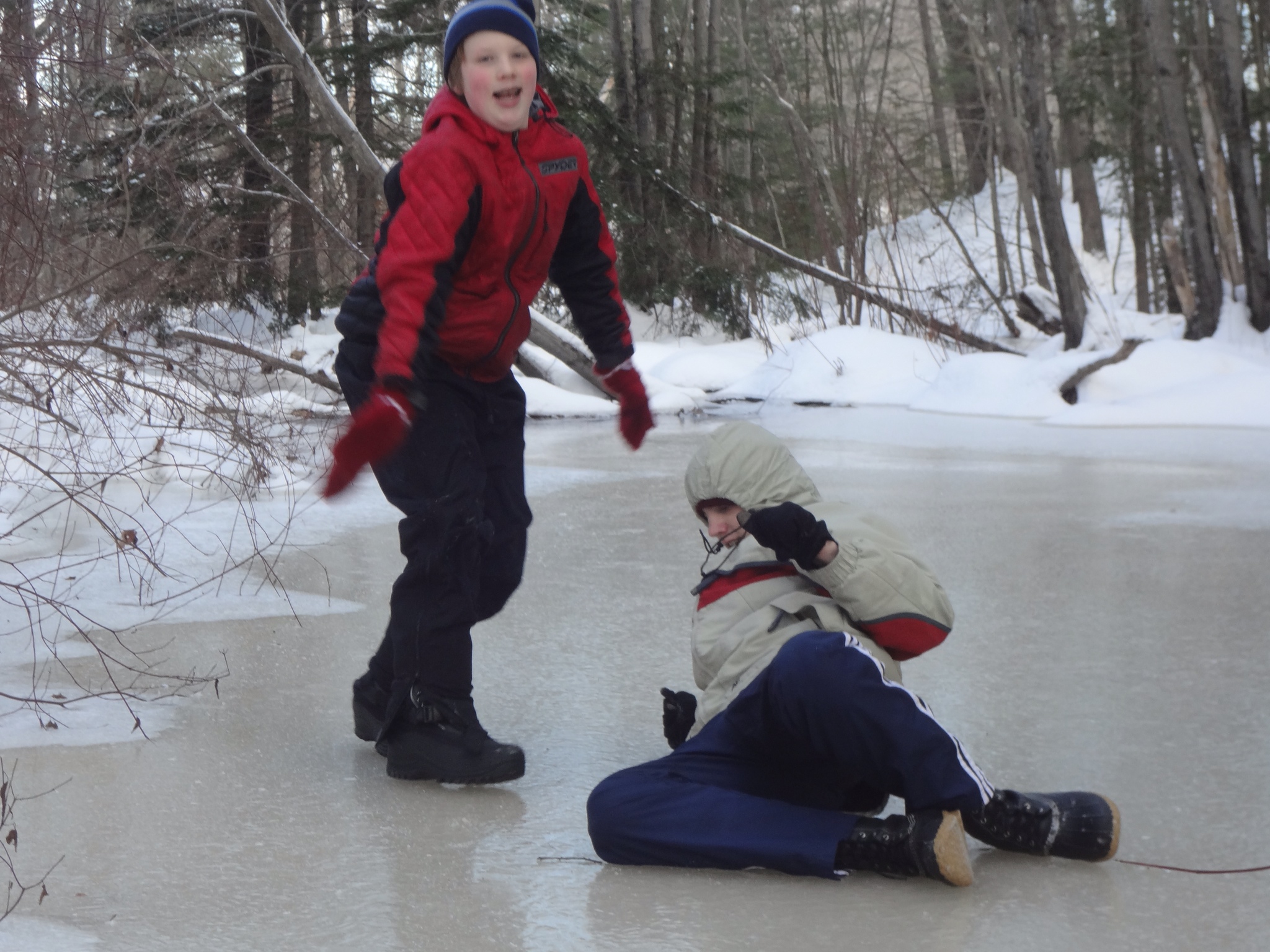 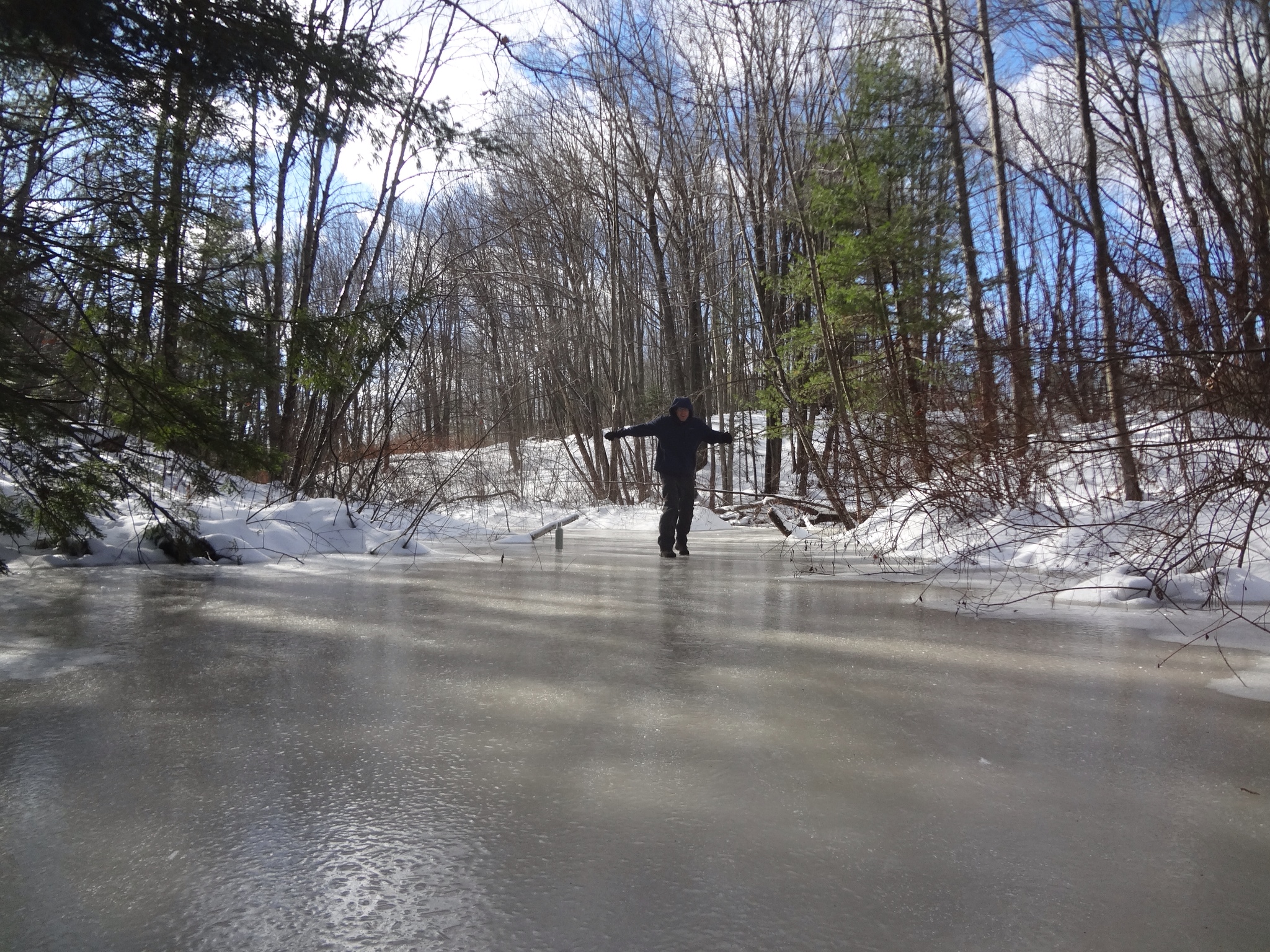 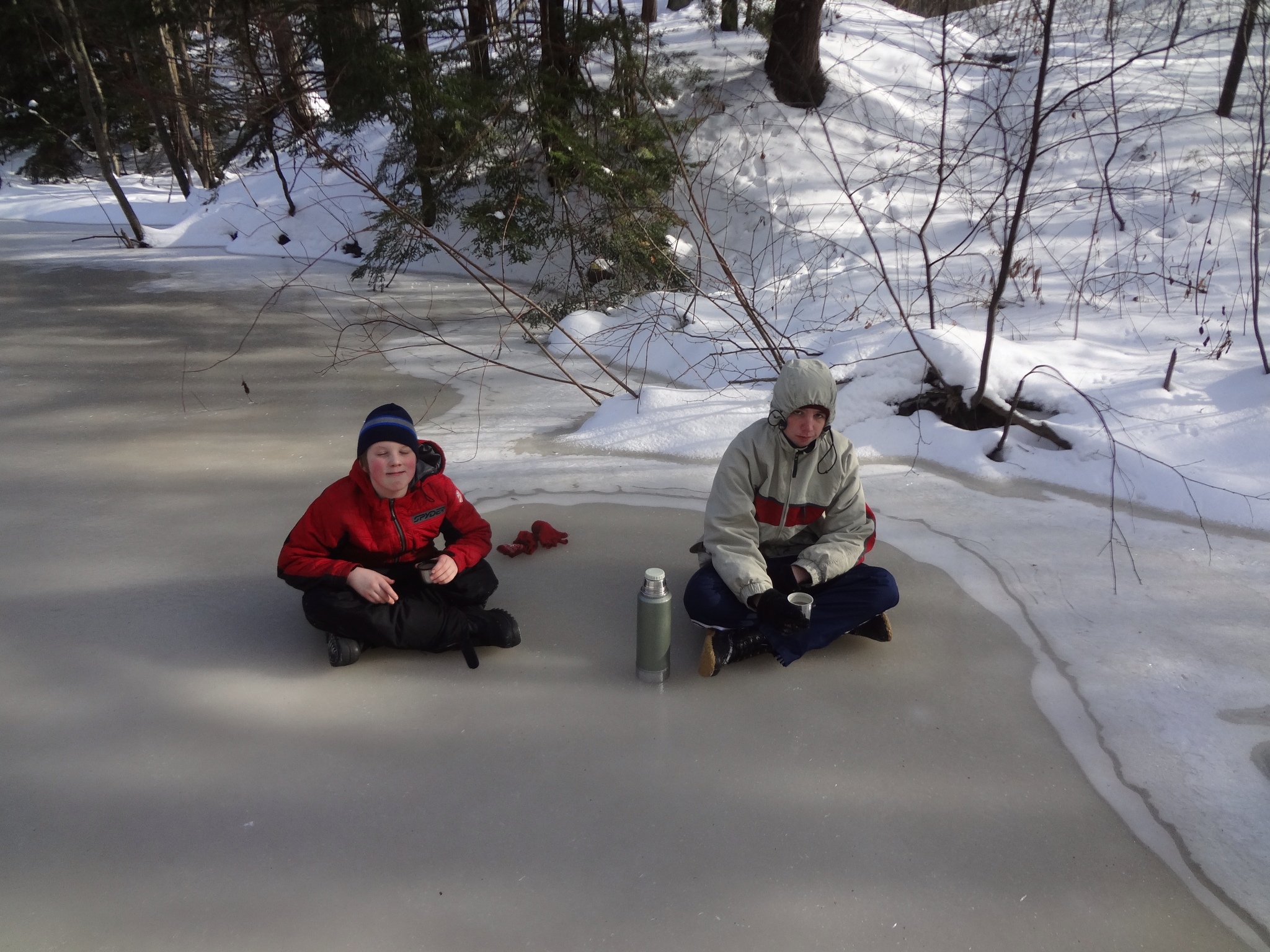 Several times in the last few years we've made a big snow fort in January. I swore last year would be the last one, but there was so much snow in December I couldn't resist piling it up for one more go: 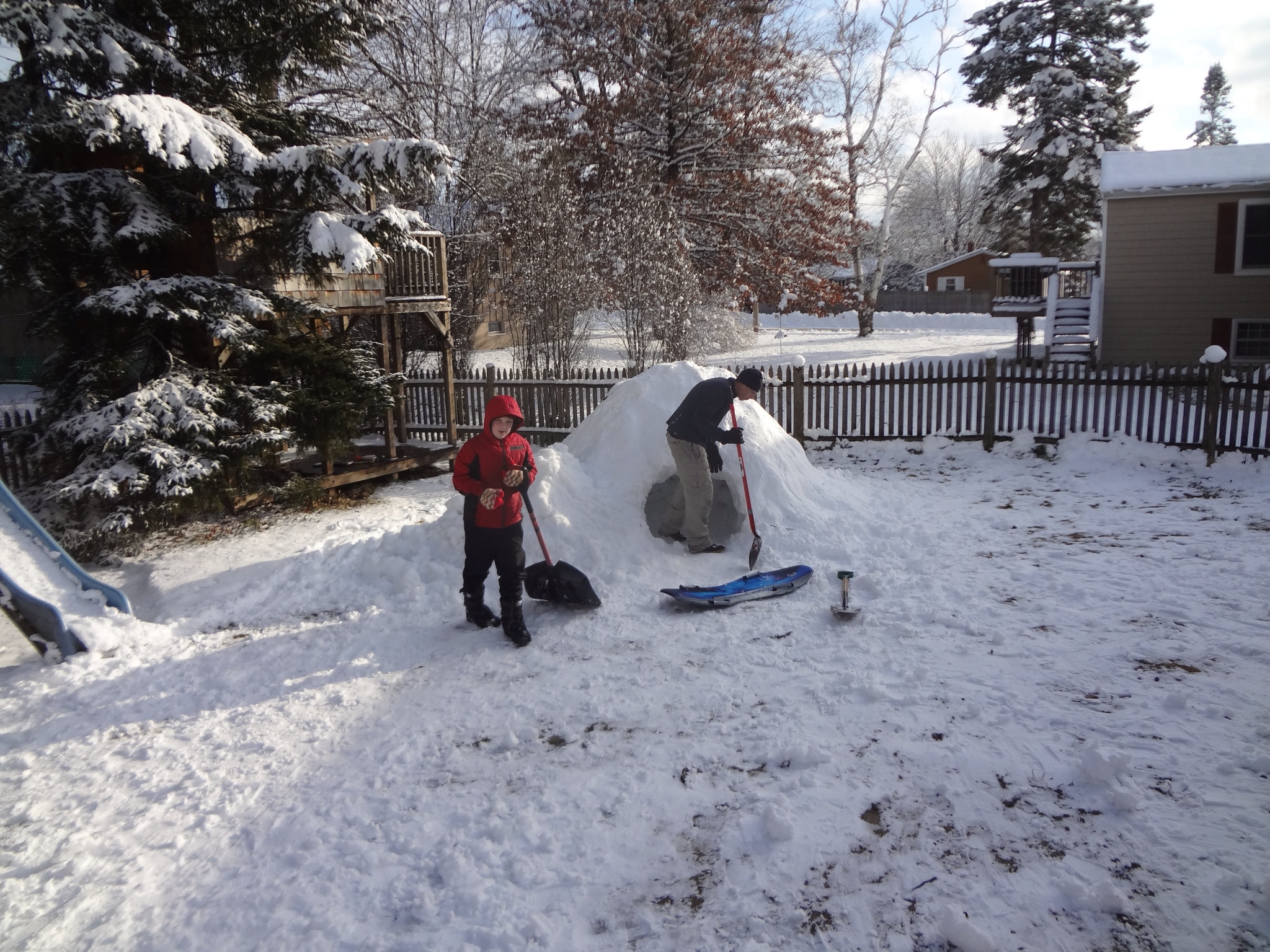 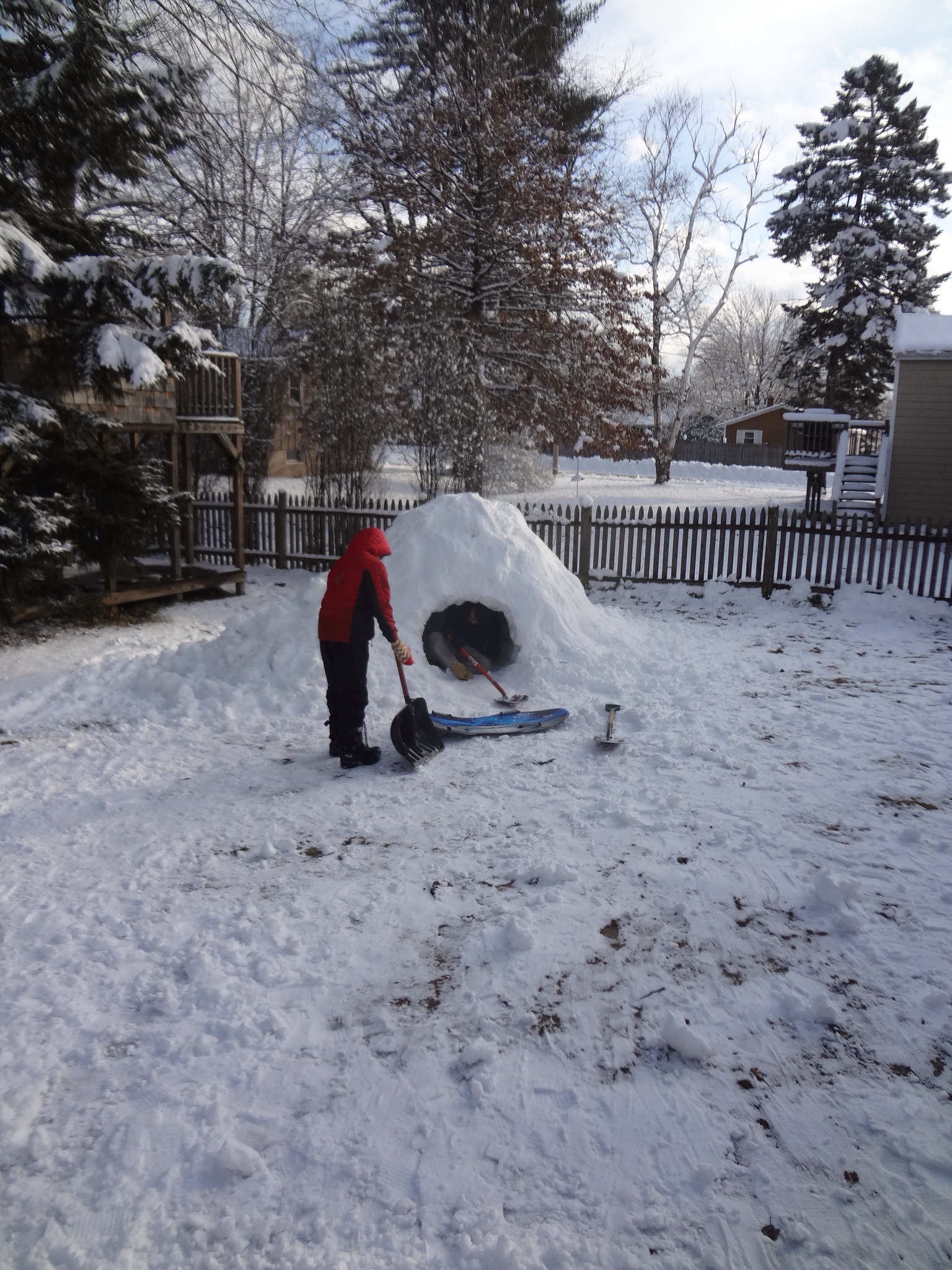 Unfortunately, the timing of snow and rain in the last few weeks didn't work out as well as in the past, so the fort was a little smaller then usual. Sealing up the original opening and creating a new doorway in the new mound made it feel a little bigger: 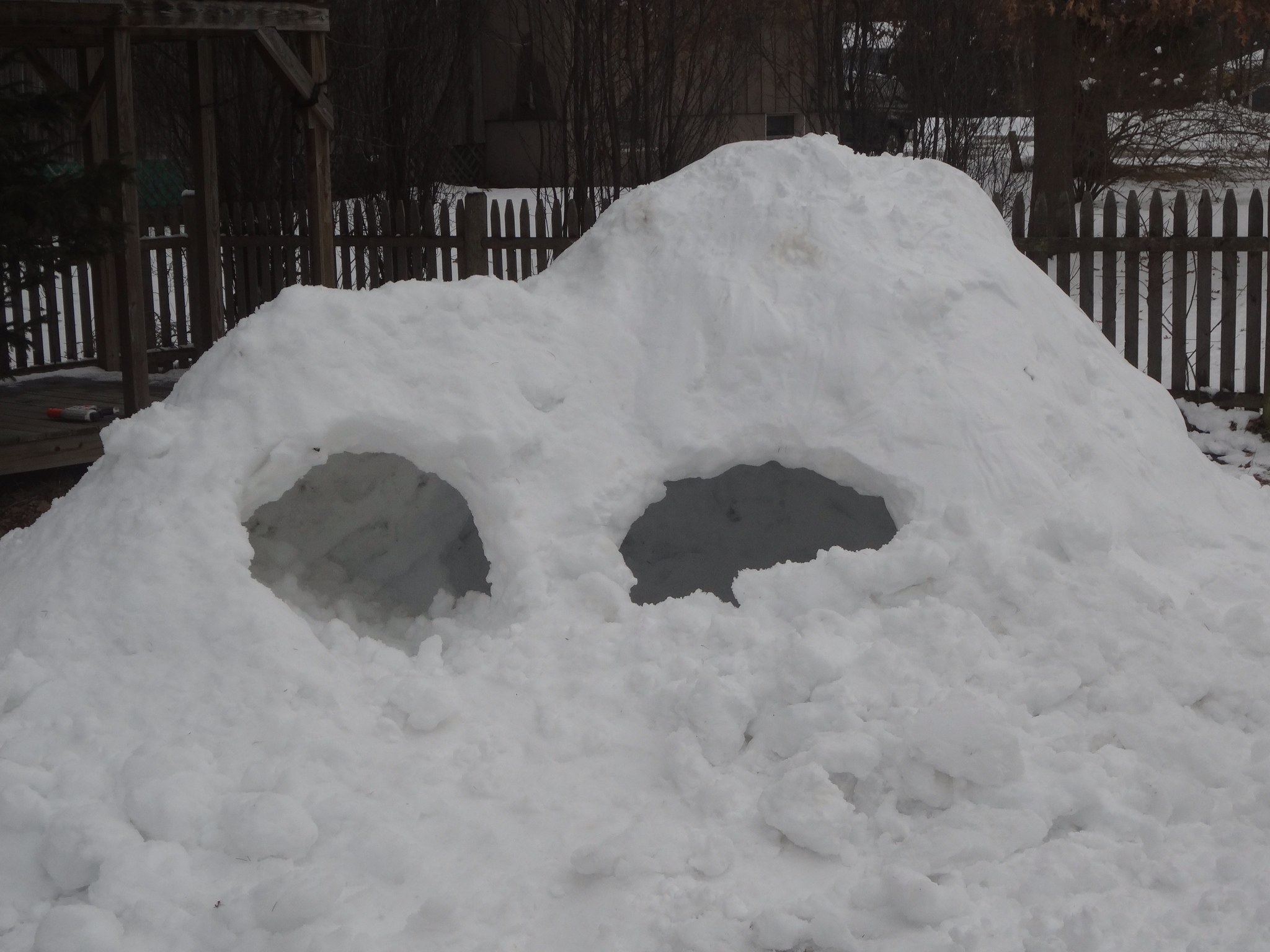 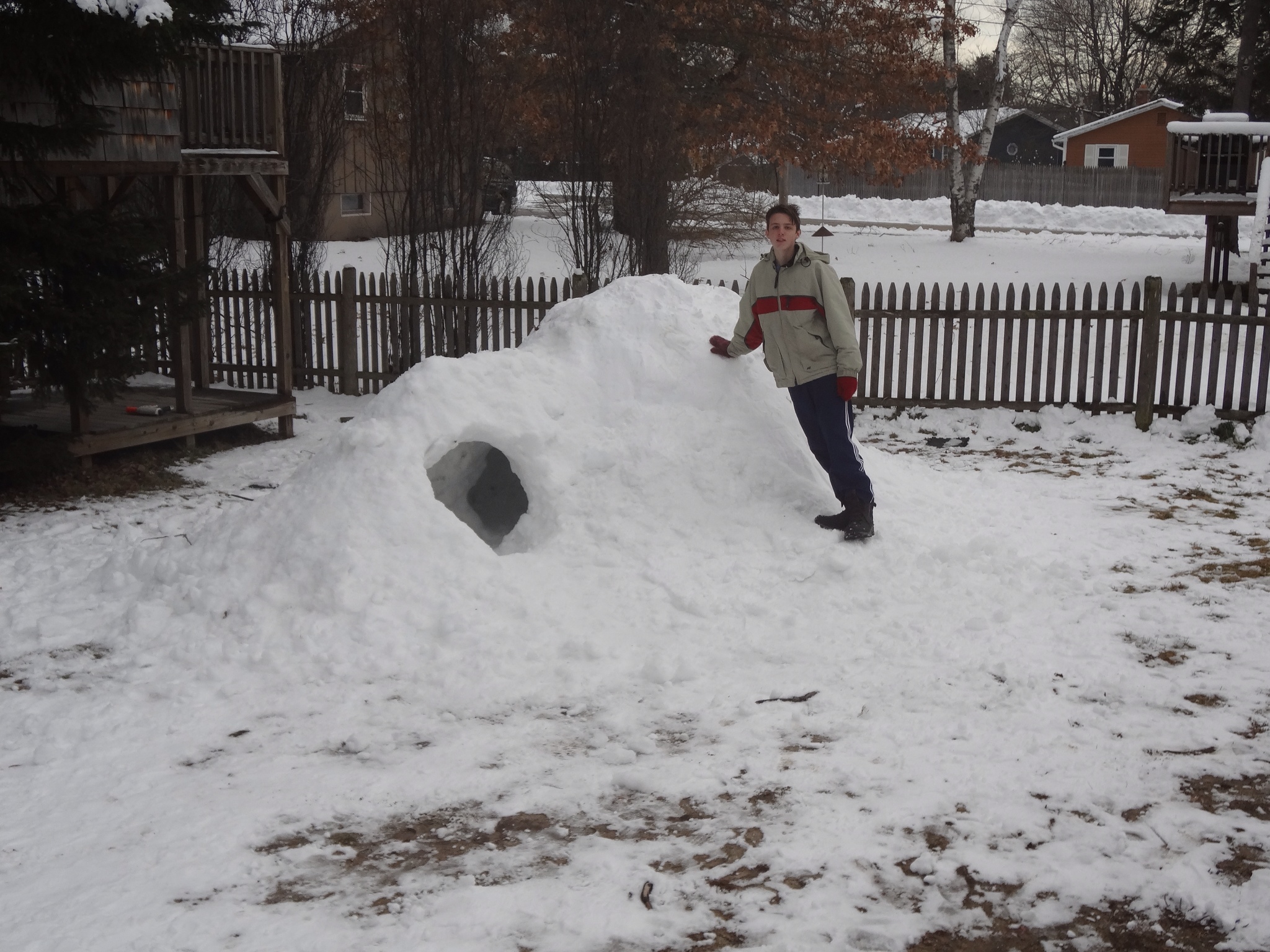 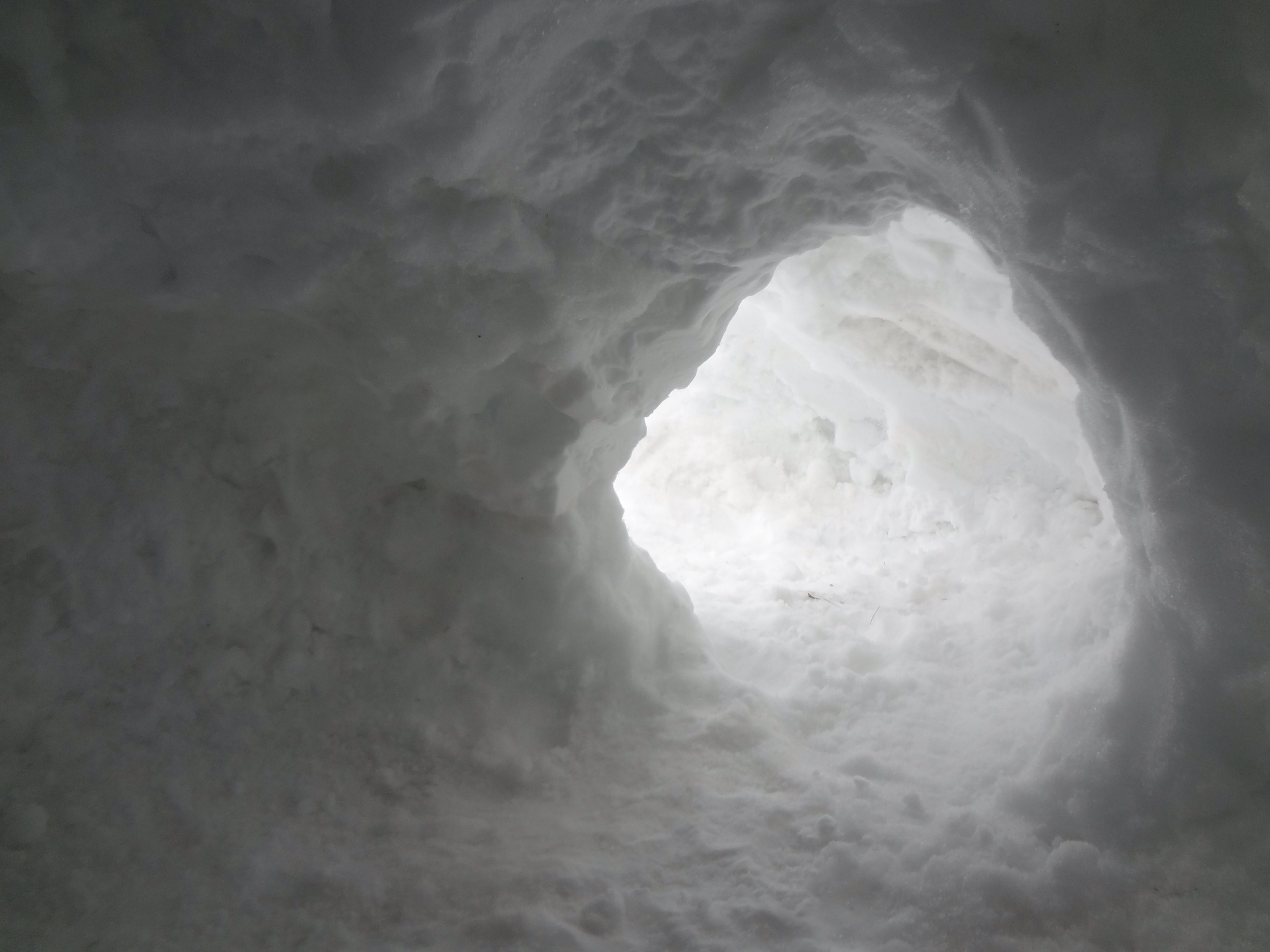 In previous years the boys and I have slept out in the fort, but none of us were keen to do it this year, so we settled for dinner and a movie: 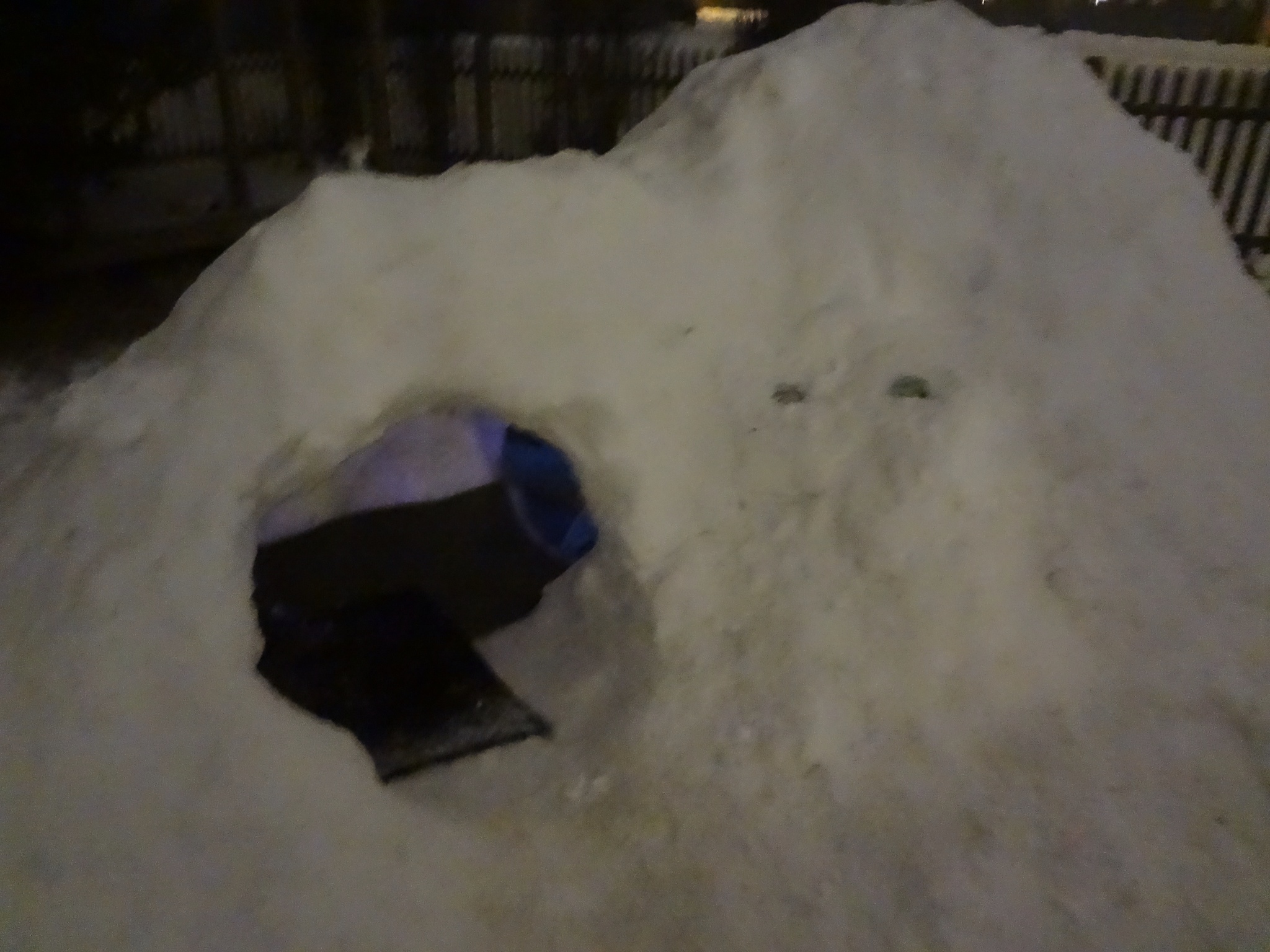 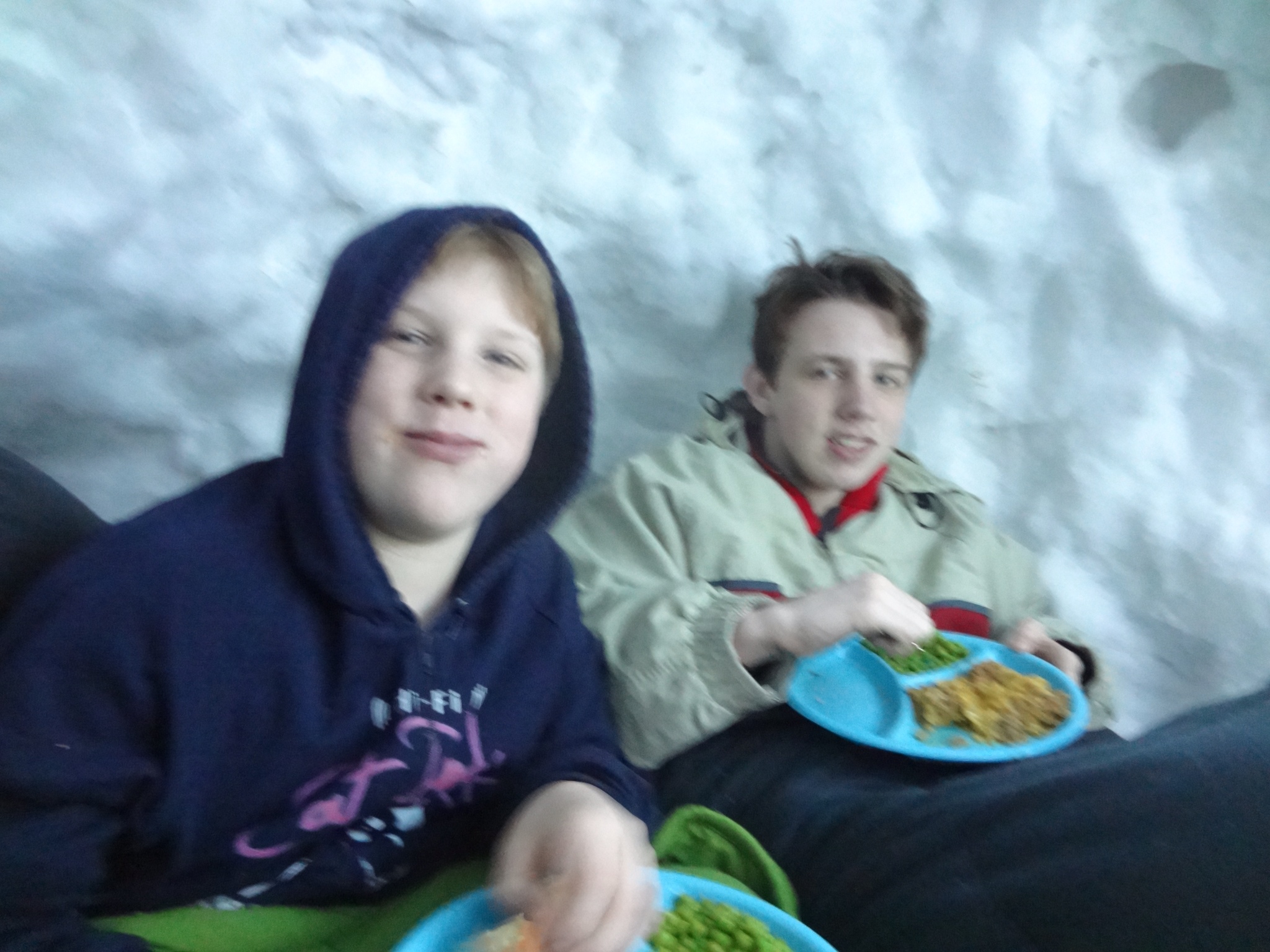 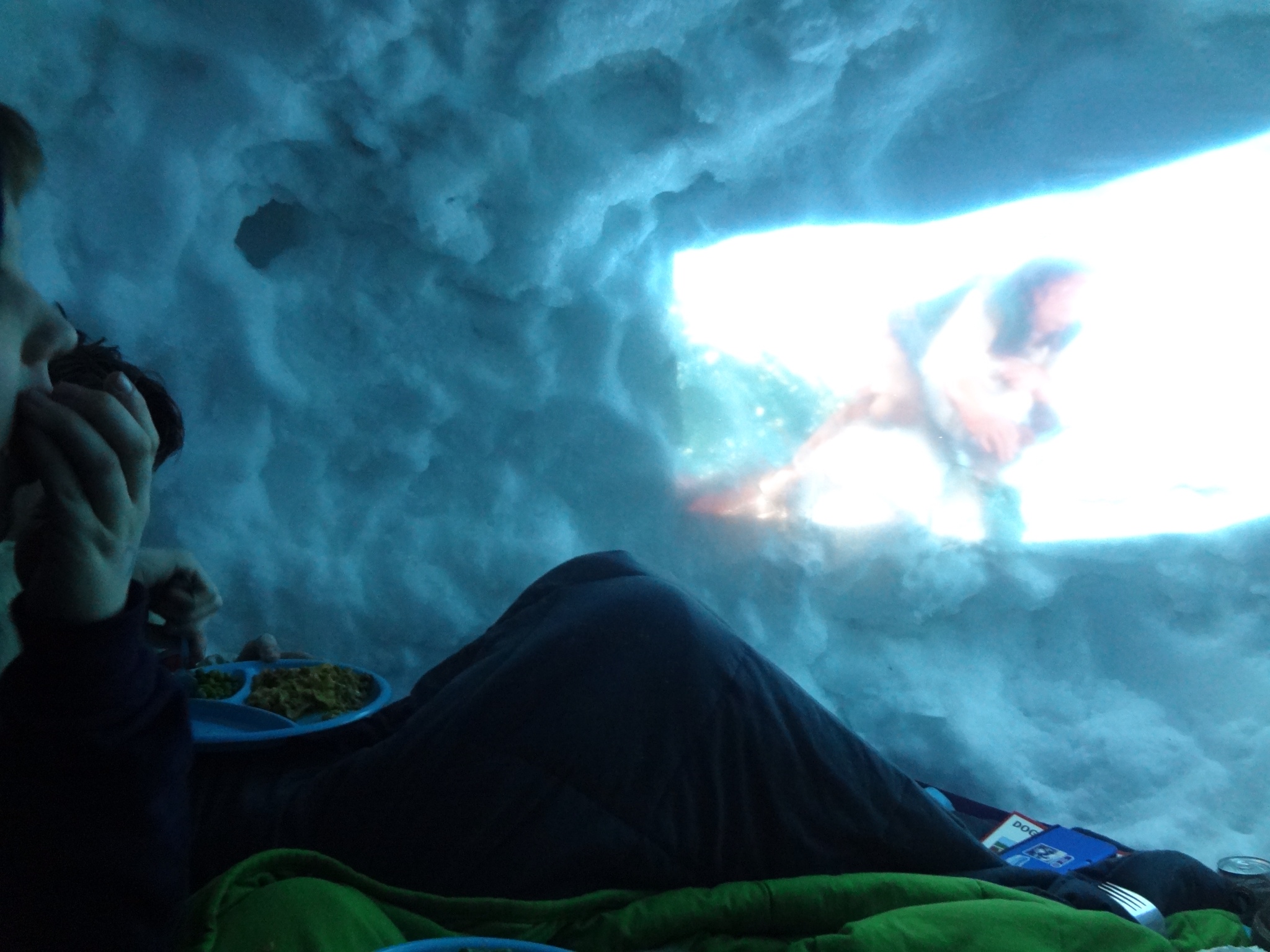 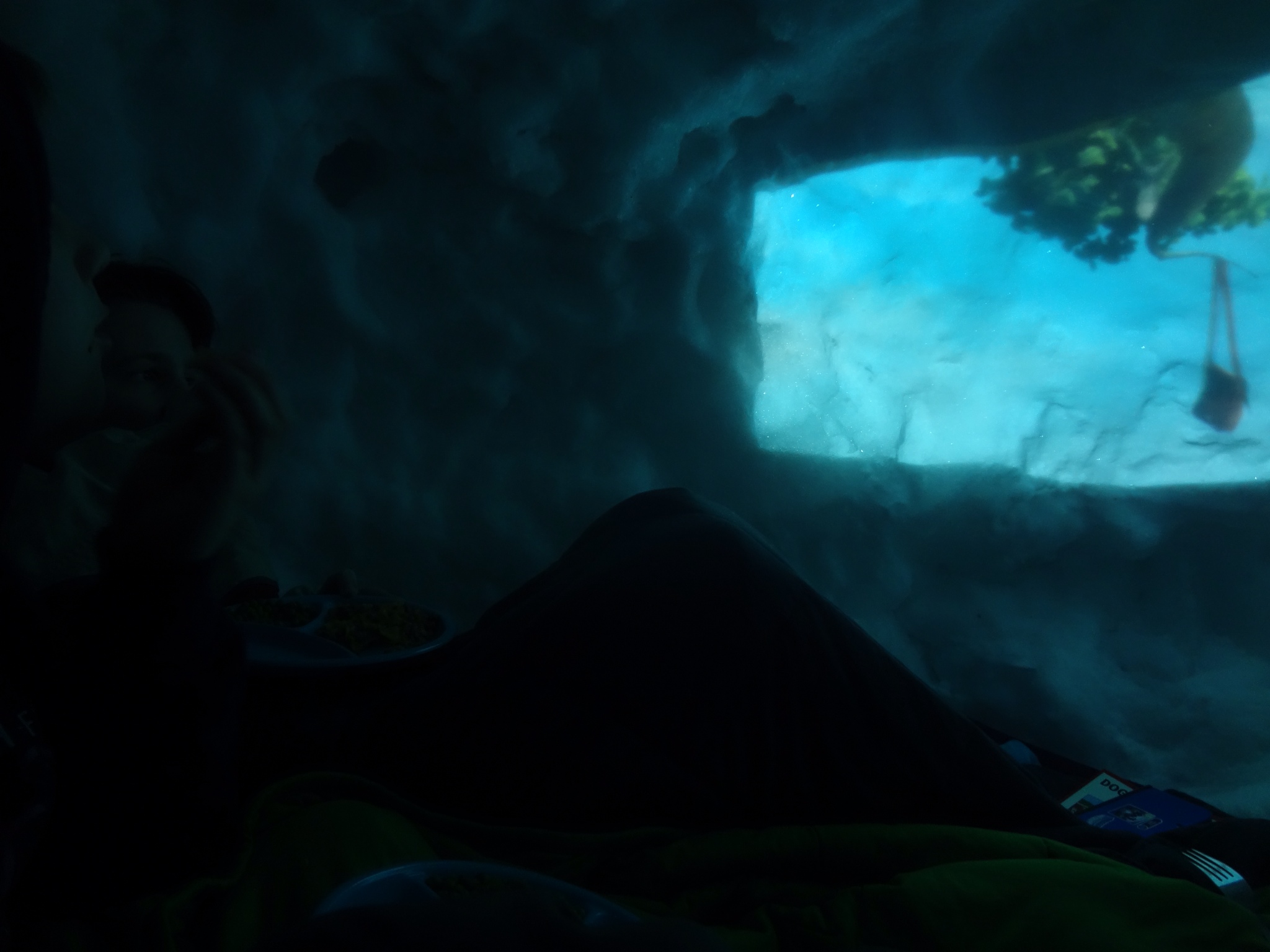 The big new addition to our winter survival kit is the hot tub. Nothing is more fun then sitting outside in your bathing suit after some fresh snowfall: 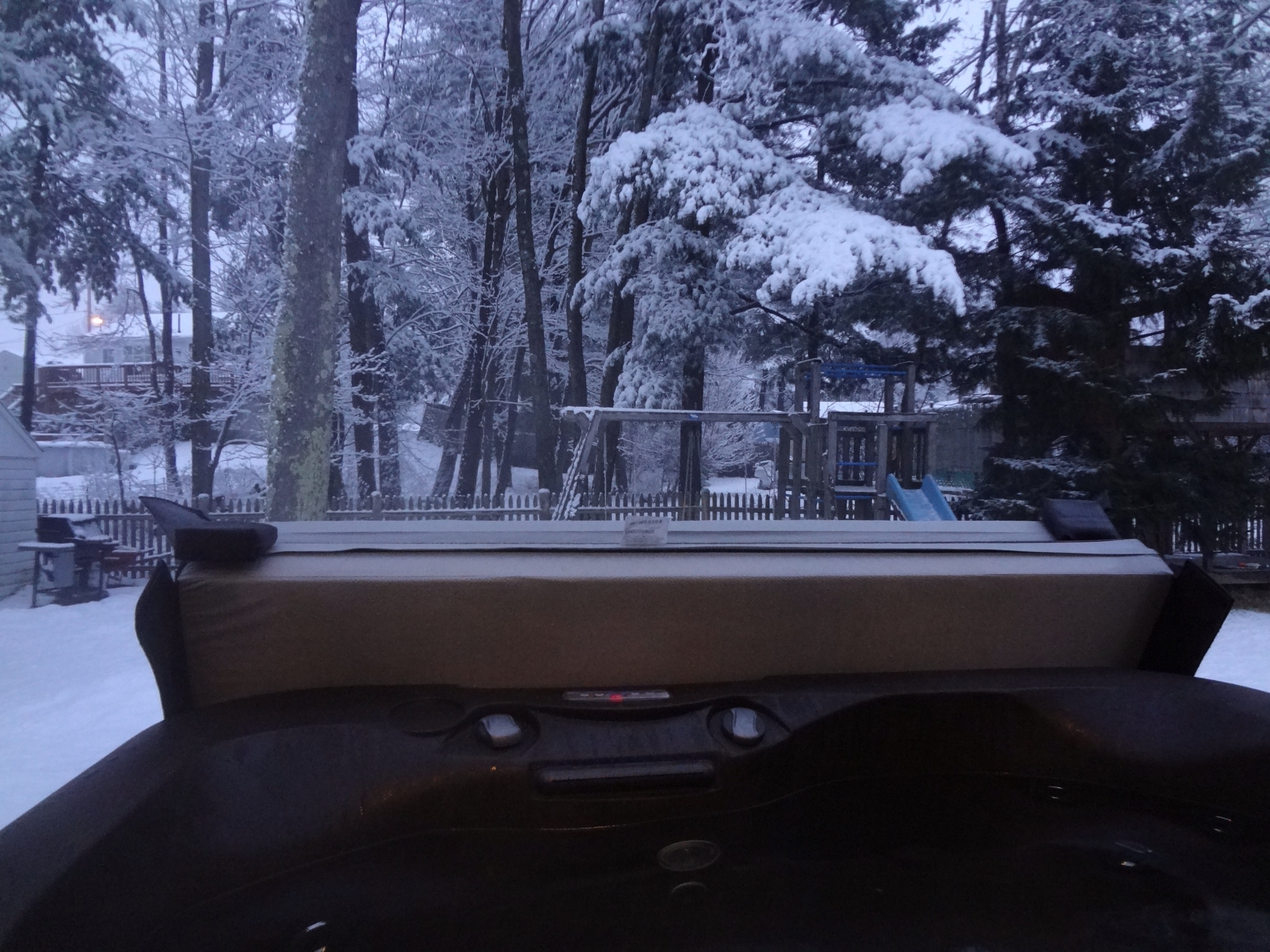 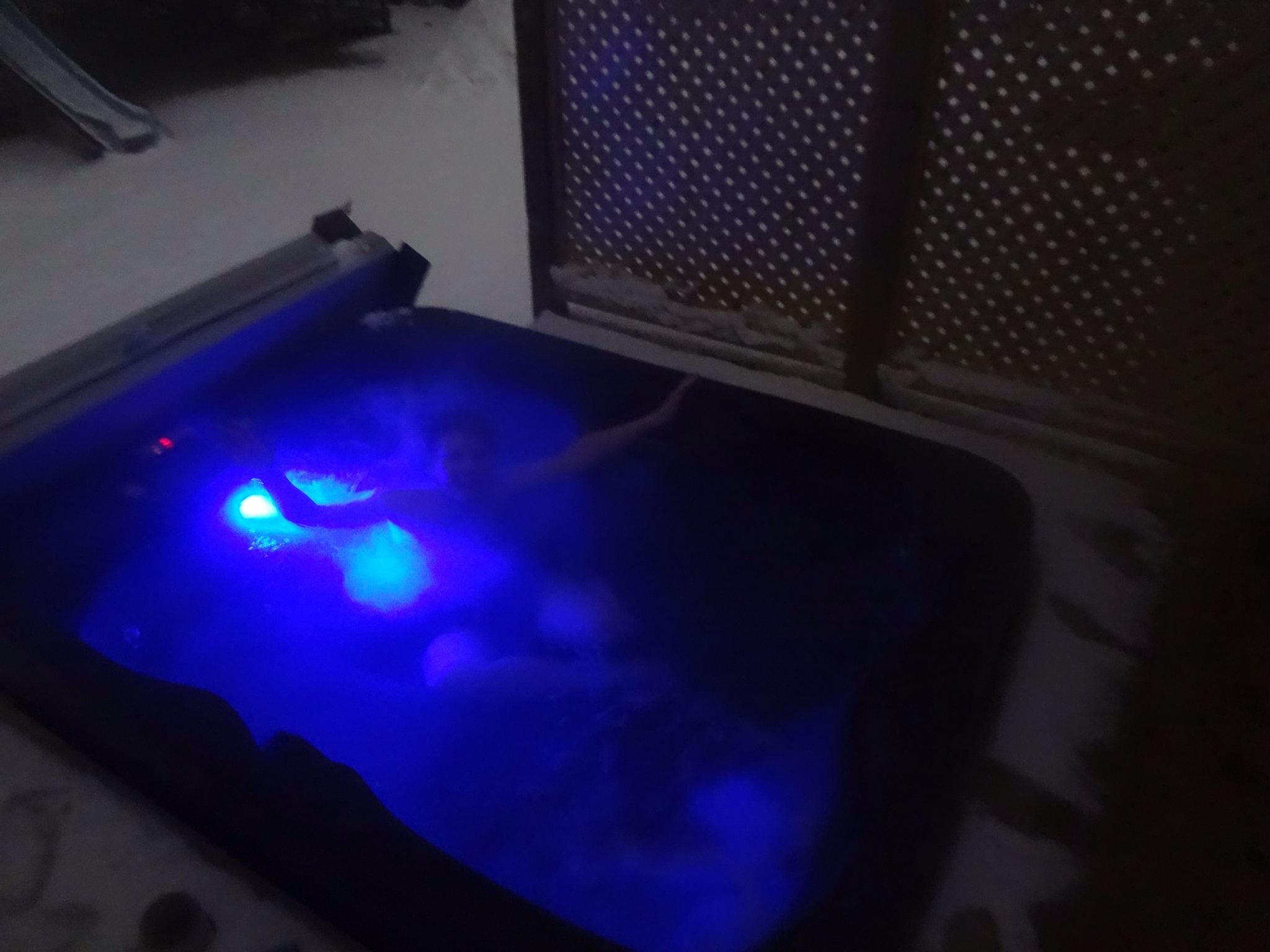 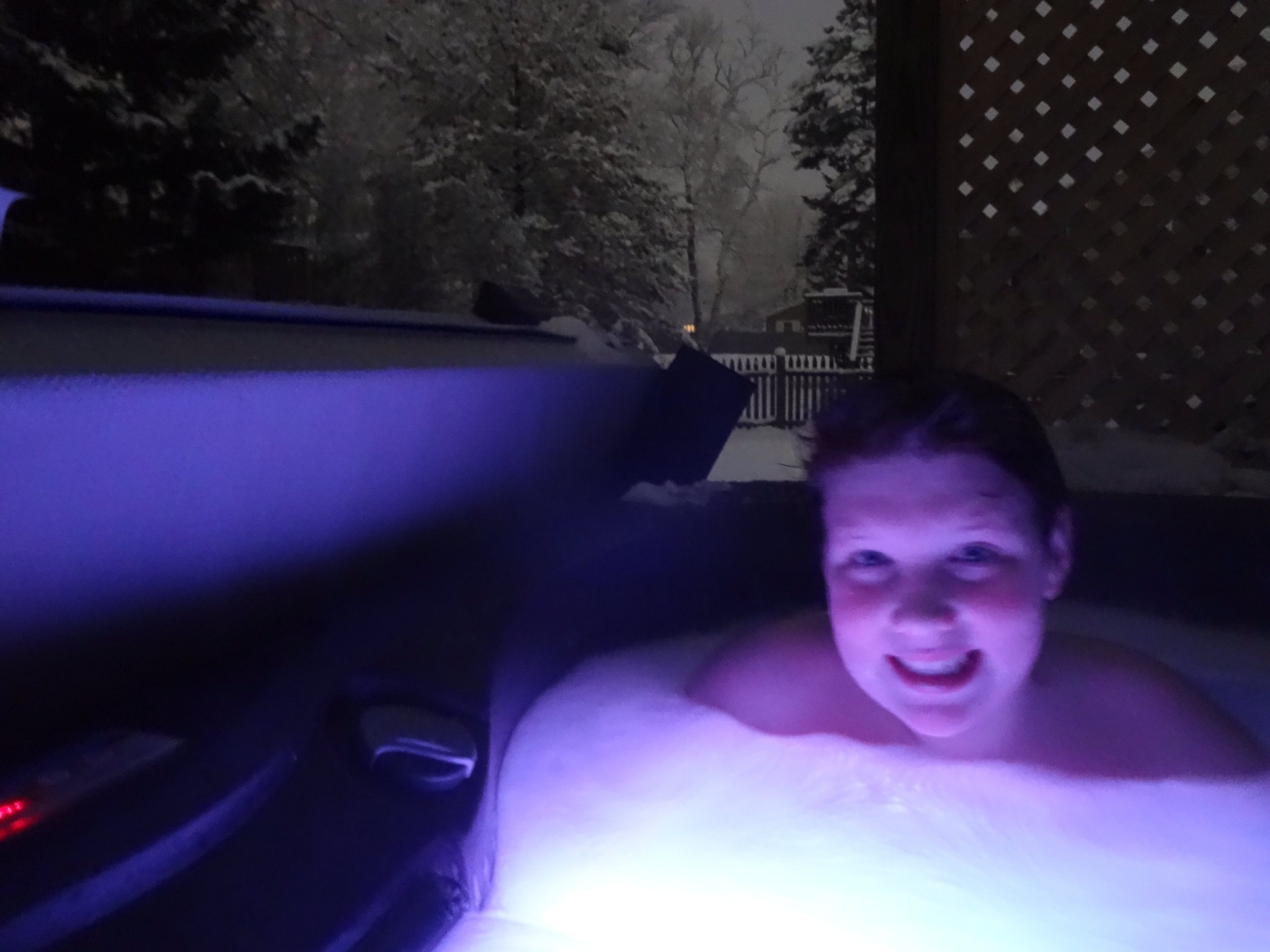 Just think, only two or three months left of winter!