The planning completed, it was time to take the plunge and tear down the old deck. Dad and Mom arrived on a Saturday and spent the night, so Dad and I were able to get a start first thing in the morning. Before the carnage starts, here's a picture of the deck in happier times with the Smith clan (Martha Stewart is not shown as she was taking the picture). 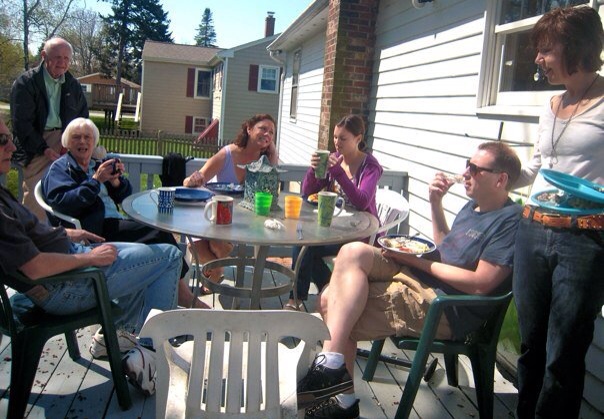 And here's the teardown. The primary tools were hammers, crowbars, a cordless drill, and a new reciprocating saw. I purchased this one at Home Depot for about 60 dollars. It was 40 dollars less then the next model up and I was concerned that it might be underpowered, but it worked out fine.

First we took off the railings: 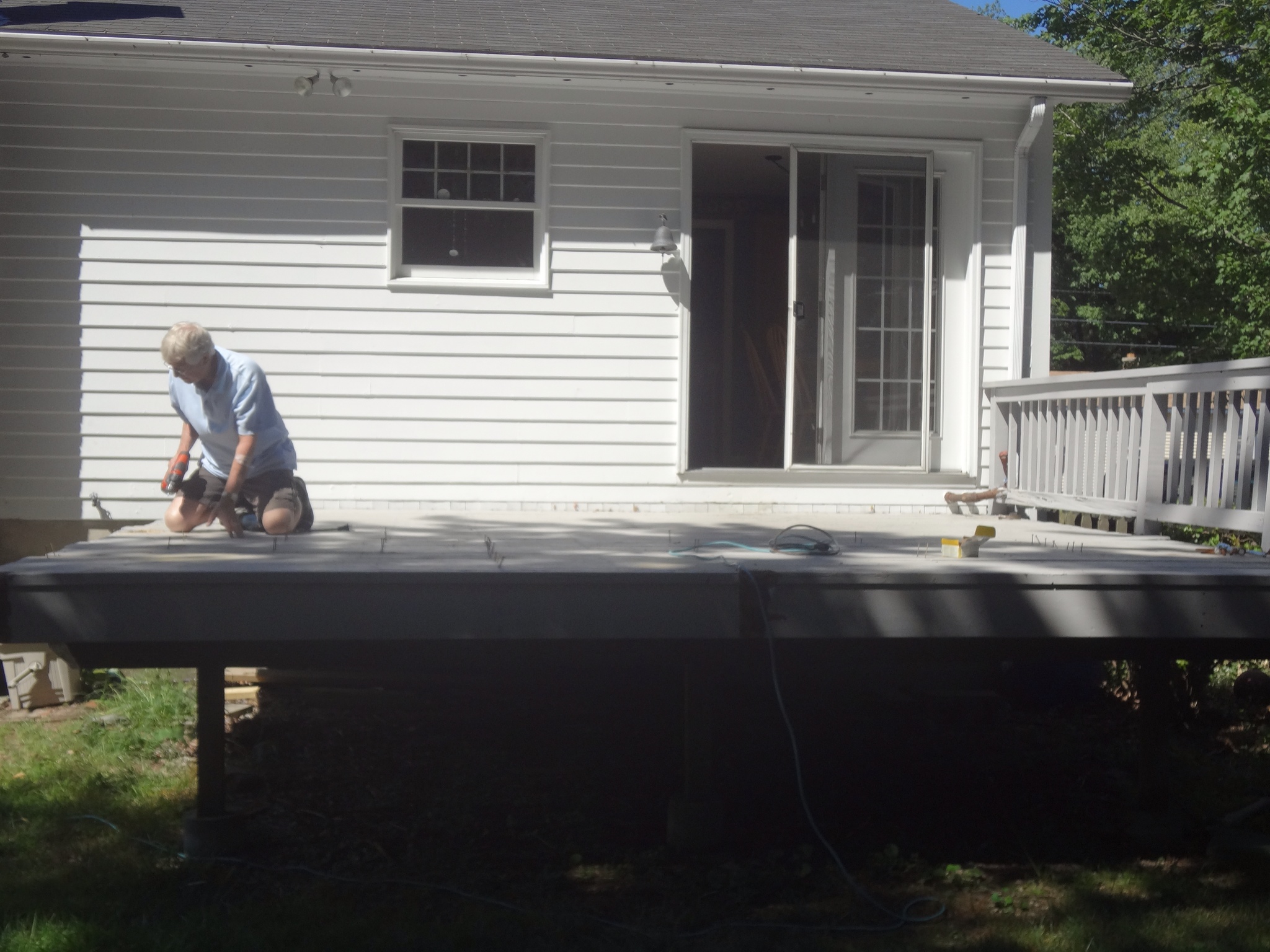 Then we started on the decking. Over the years I had replaced a number of these with pressure treated boards so I tried to salvage at least some of them for the new deck. 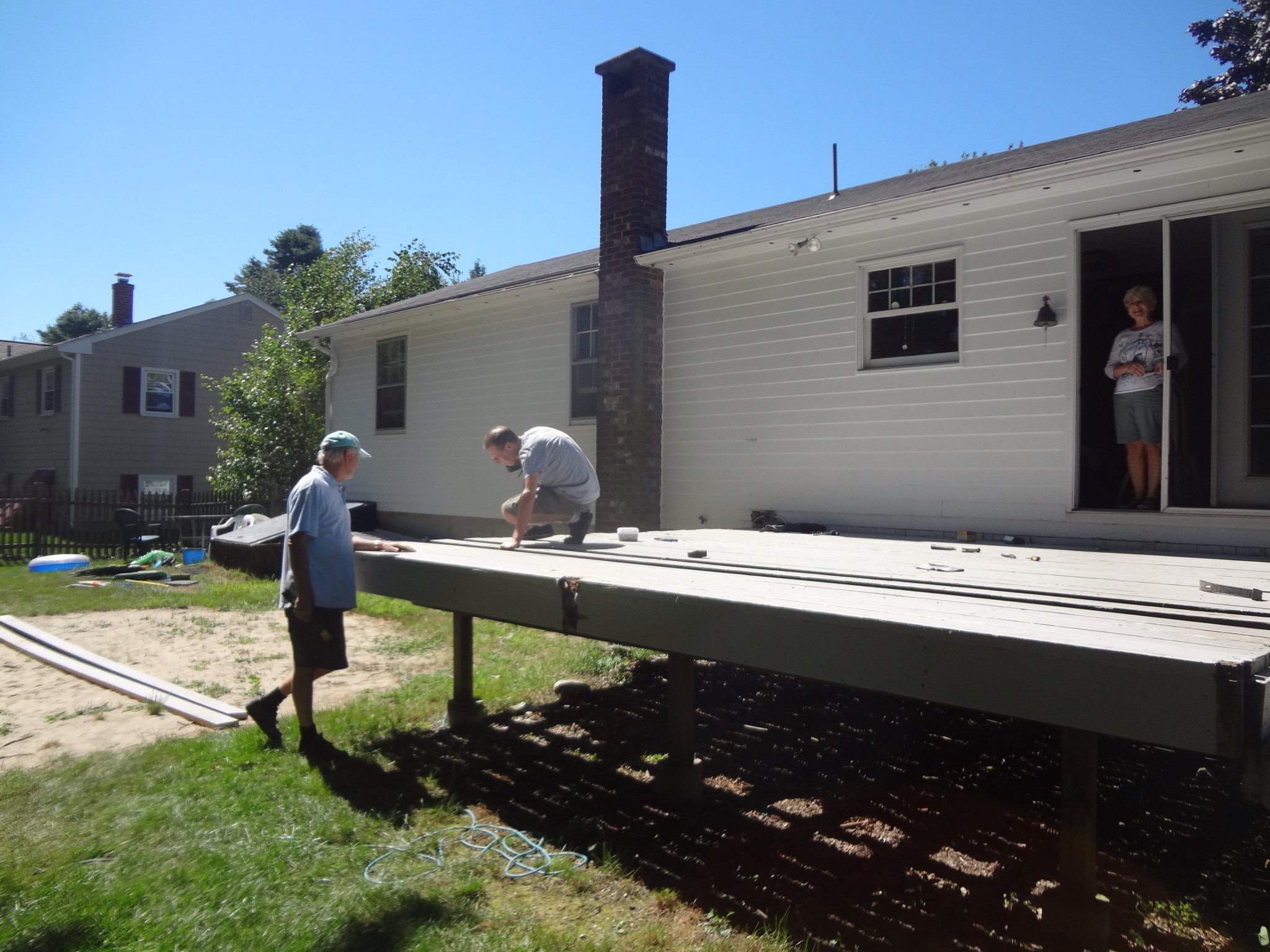 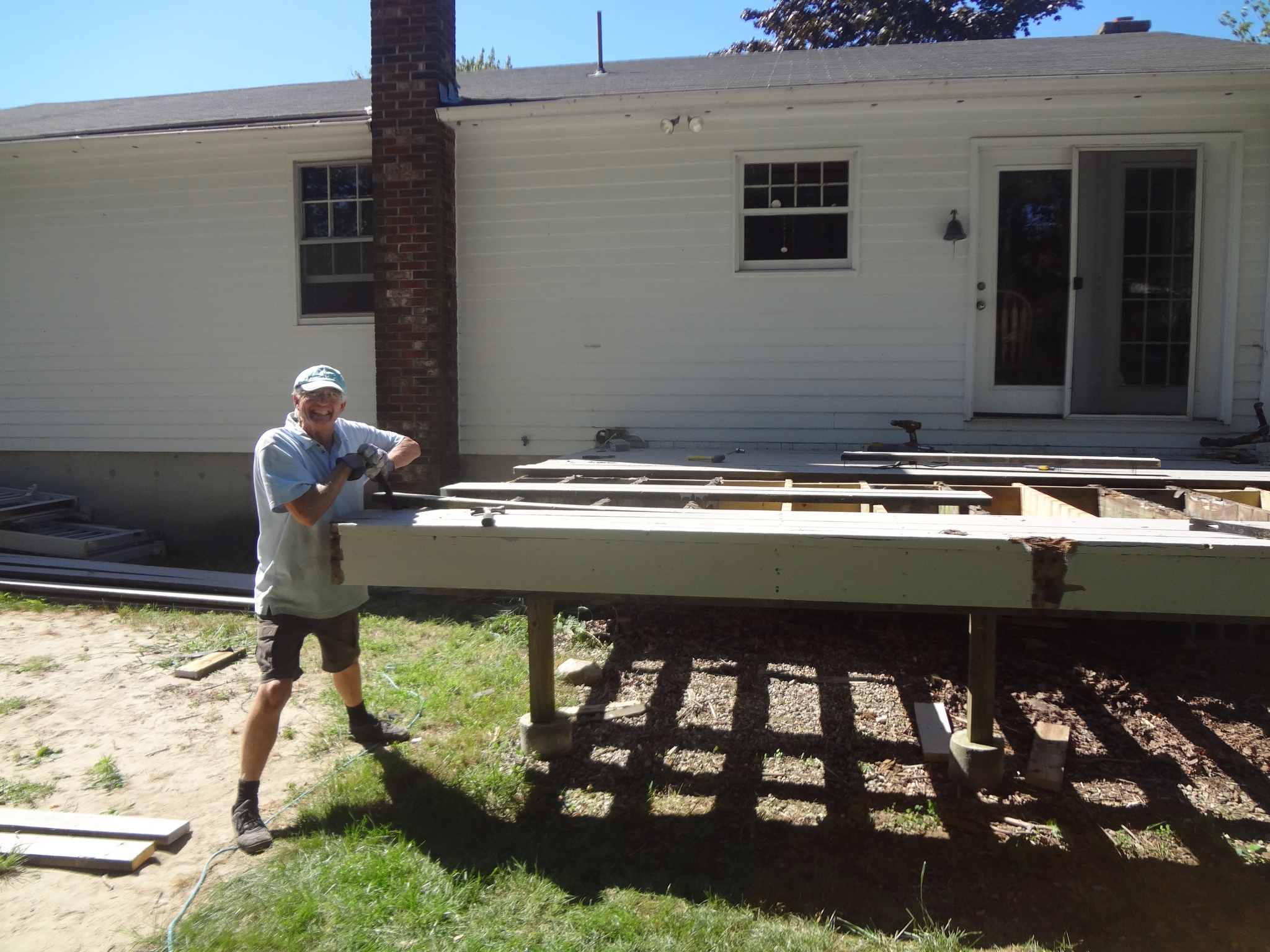 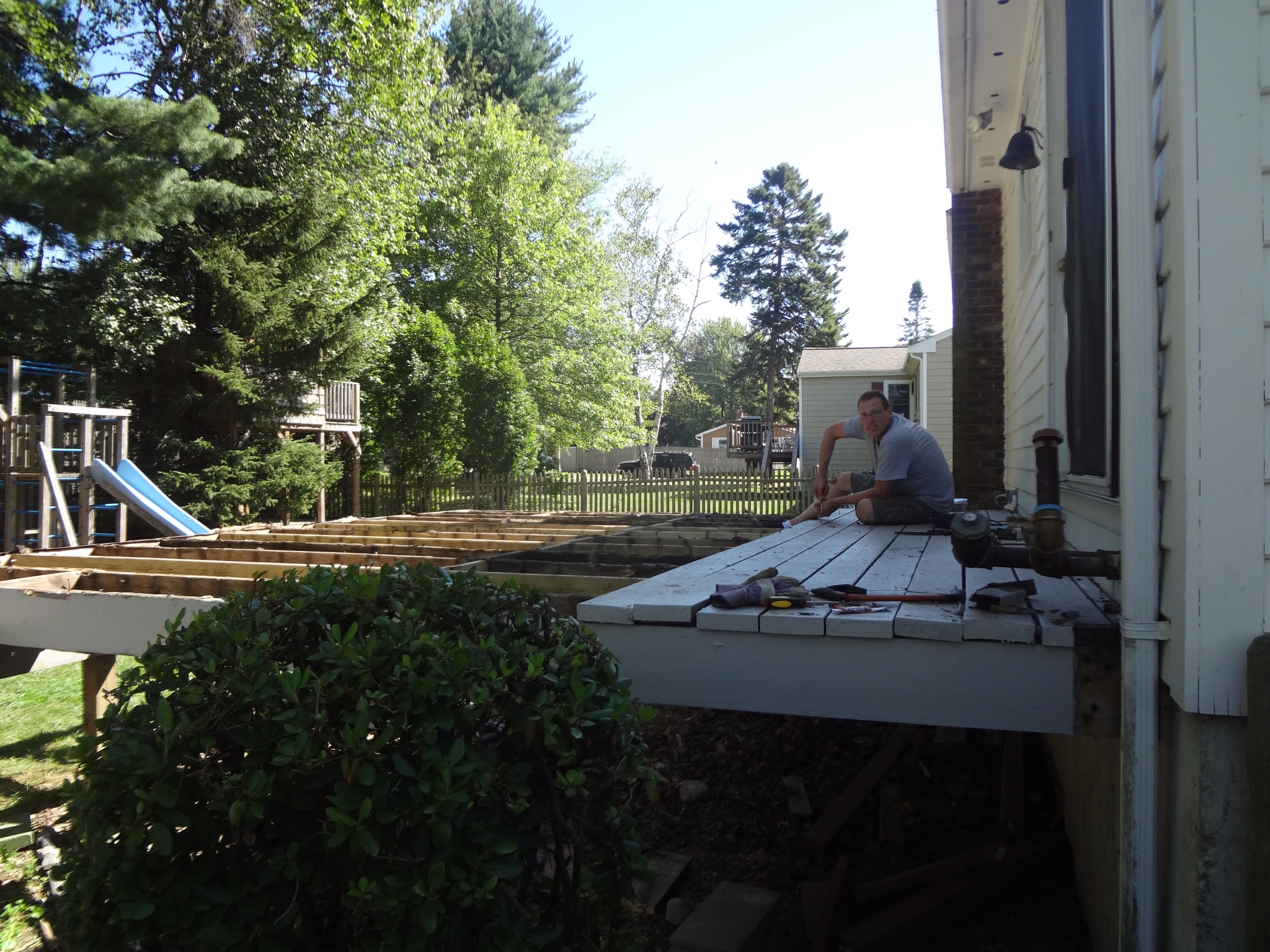 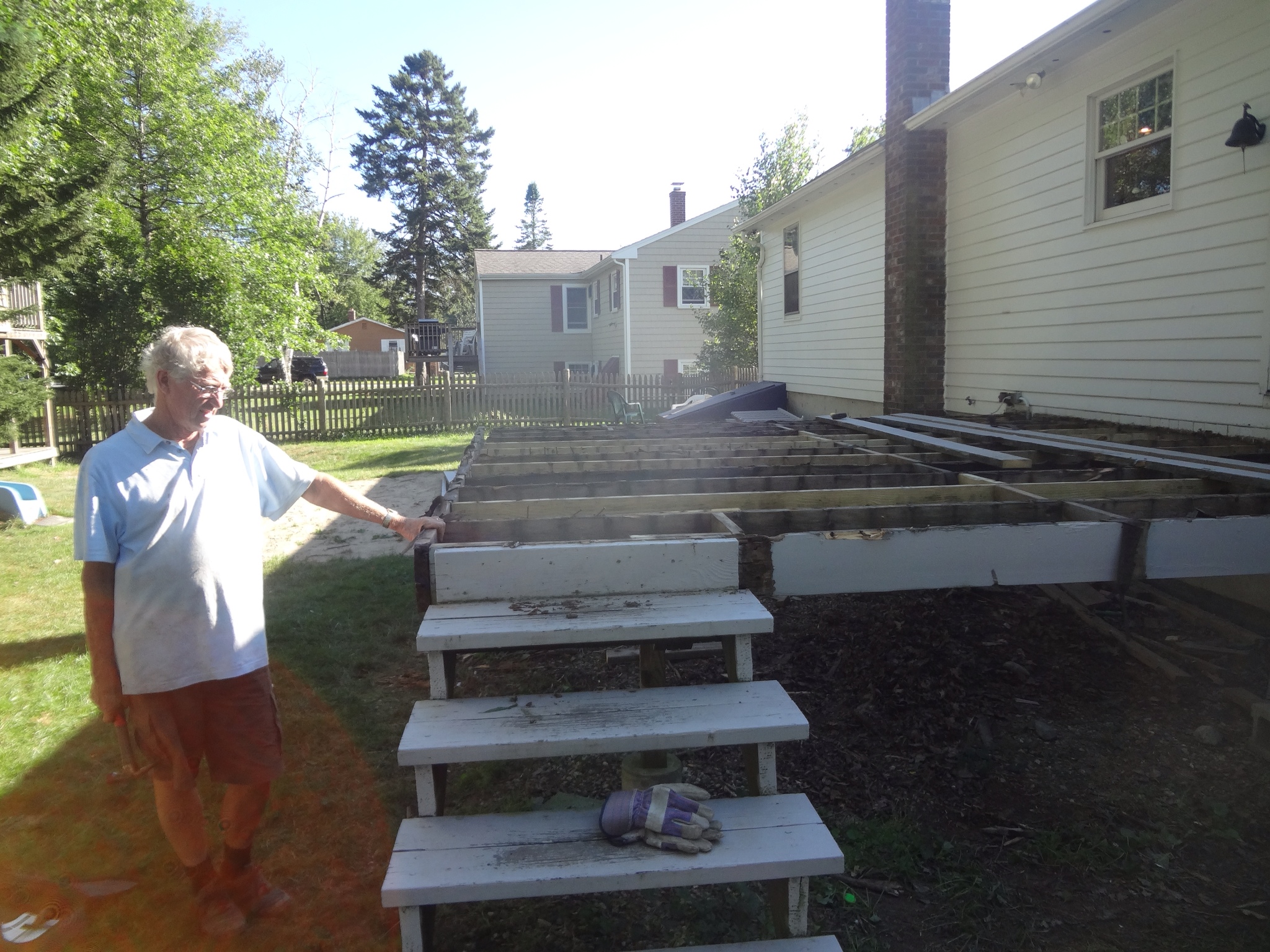 Finally, we removed the stairs and cut the deck away from the ledger a bit at a time, like slicing a loaf of bread. When we got to the last part, the beam and posts that had been holding up the deck tipped over without any struggle. I didn't get any pictures of the in-between stage, but here's what it looked like after the last joists were removed: 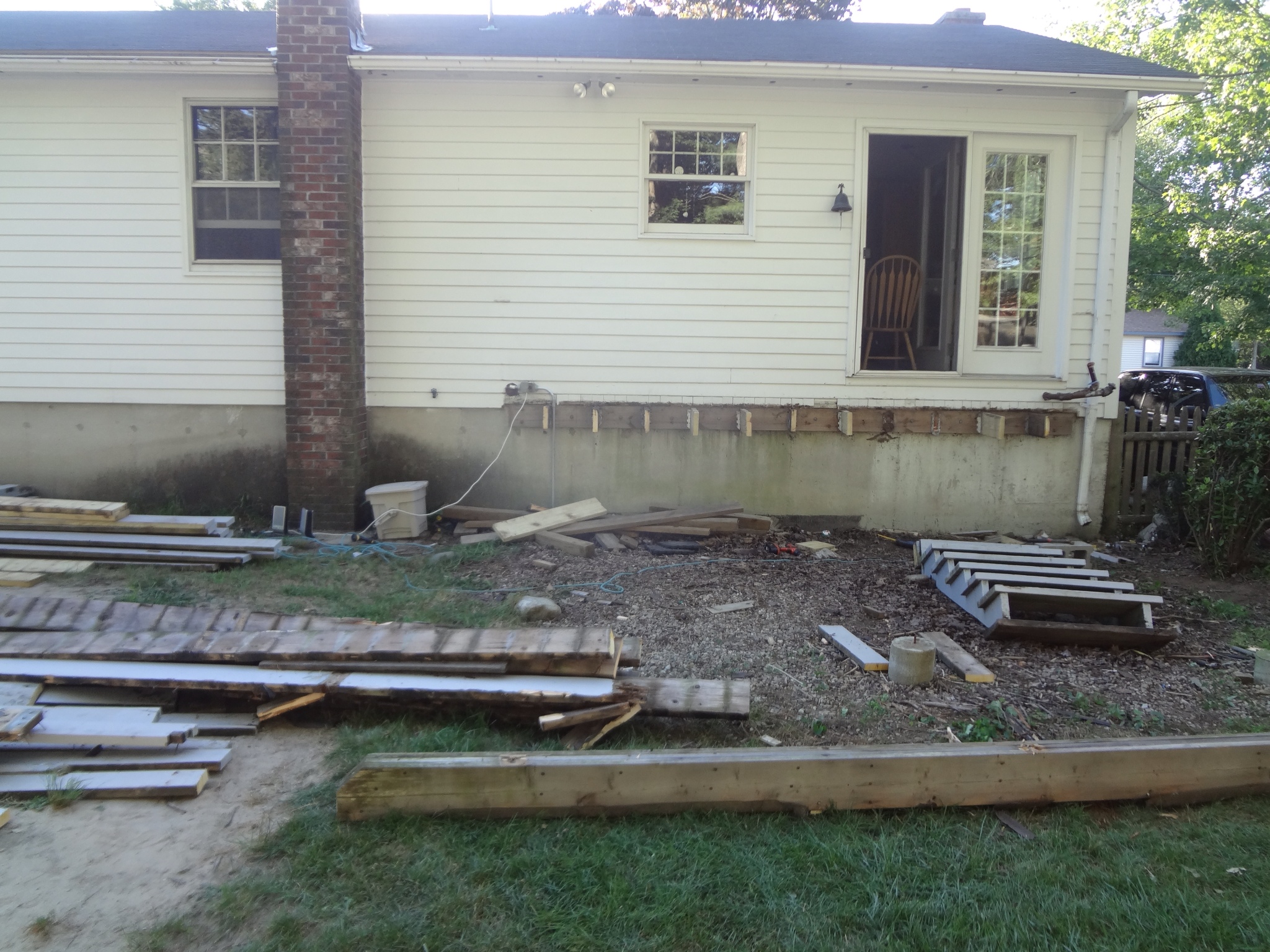 I had been thinking about the possibility of attaching the old stairs to the ledger and being able to continue to use the back door for awhile. Applying some ingenuity we came up with something pretty solid. I told Rebecca this could be the new deck but she didn't go for it. 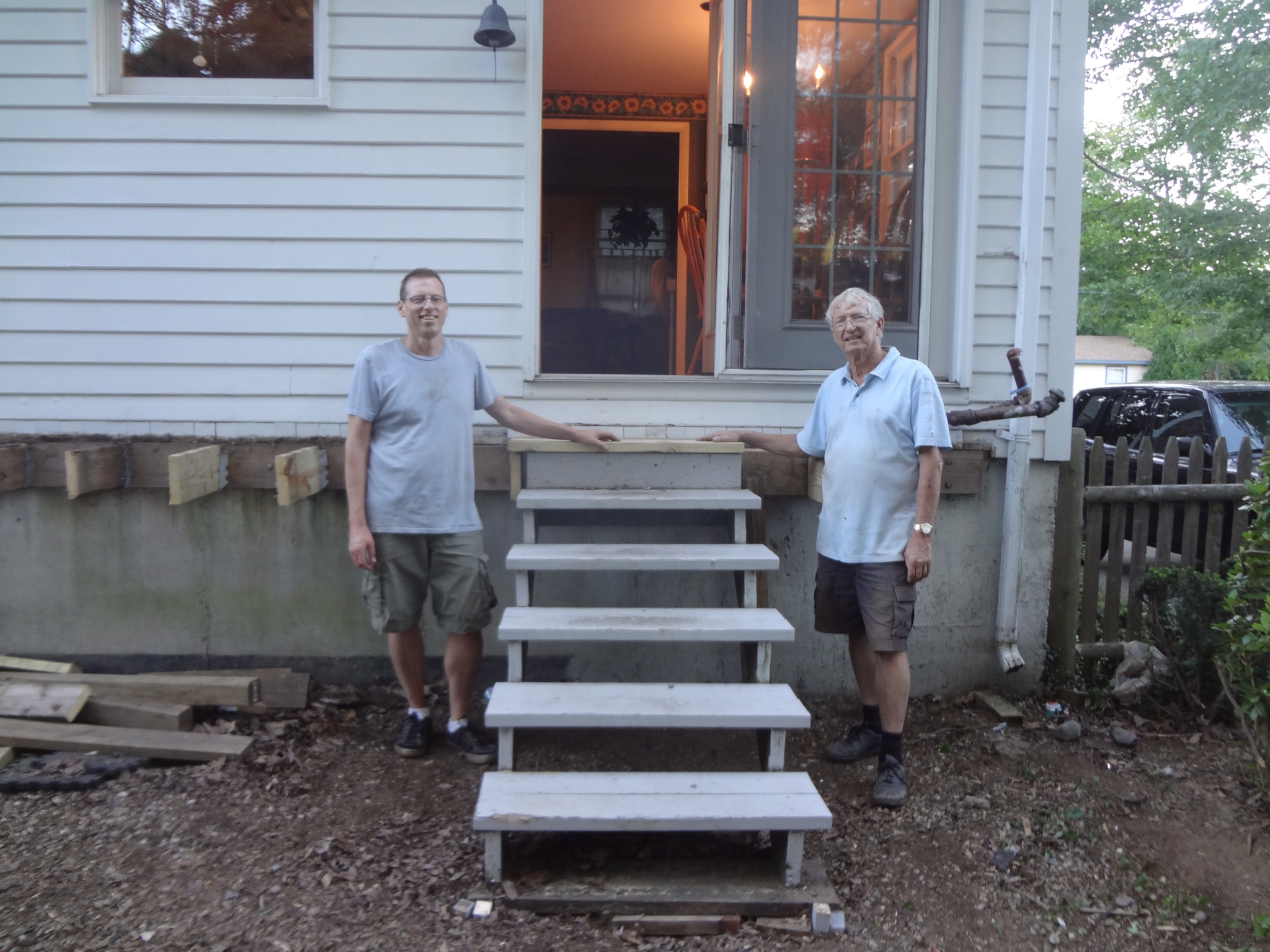 Those two guys slept very well that night! Next up, digging the footings.