Today was our full day in Billings, and as promised I took lots of pictures that will probably only interest me. Let's get started!

We had planned this day in the trip to be a nice suburban break from all the national park activity, with some mall time and a movie, but I hoped to squeeze in as much sightseeing of neighborhoods from my old hometown as possible. So I convinced Toby to go out with me and do some geocaching around my old elementary school while Rebecca and Calvin hung out around the KOA: 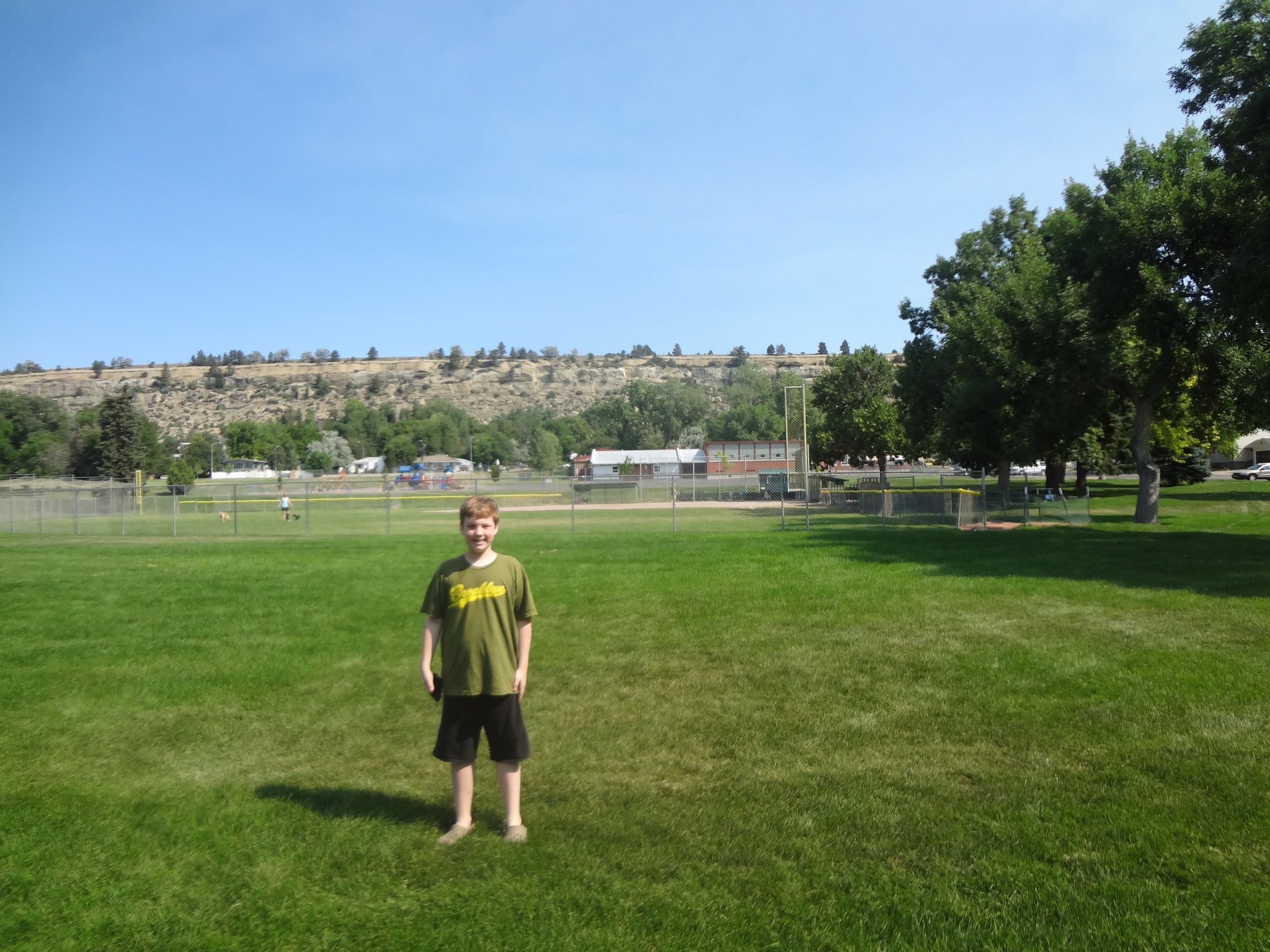 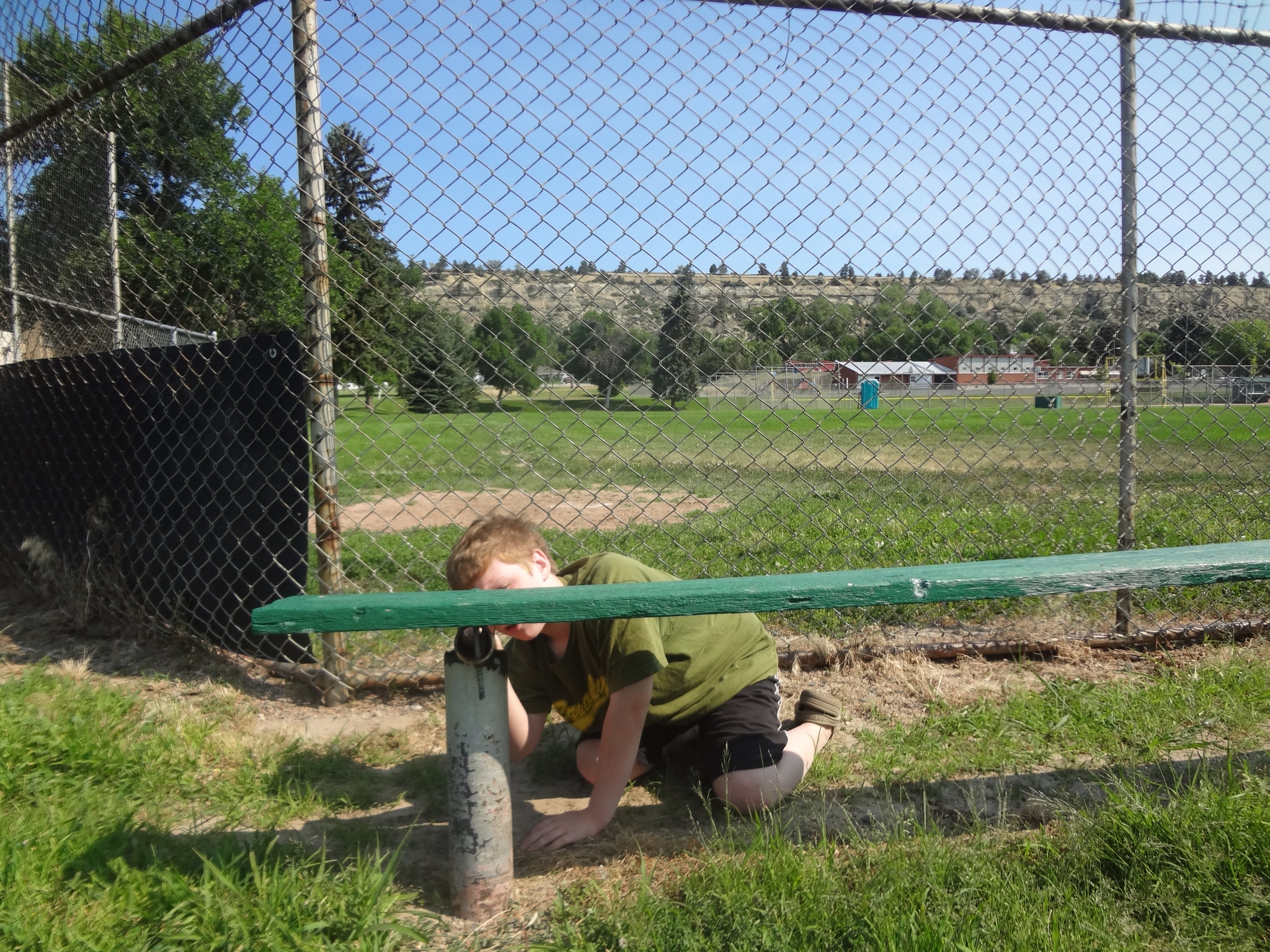 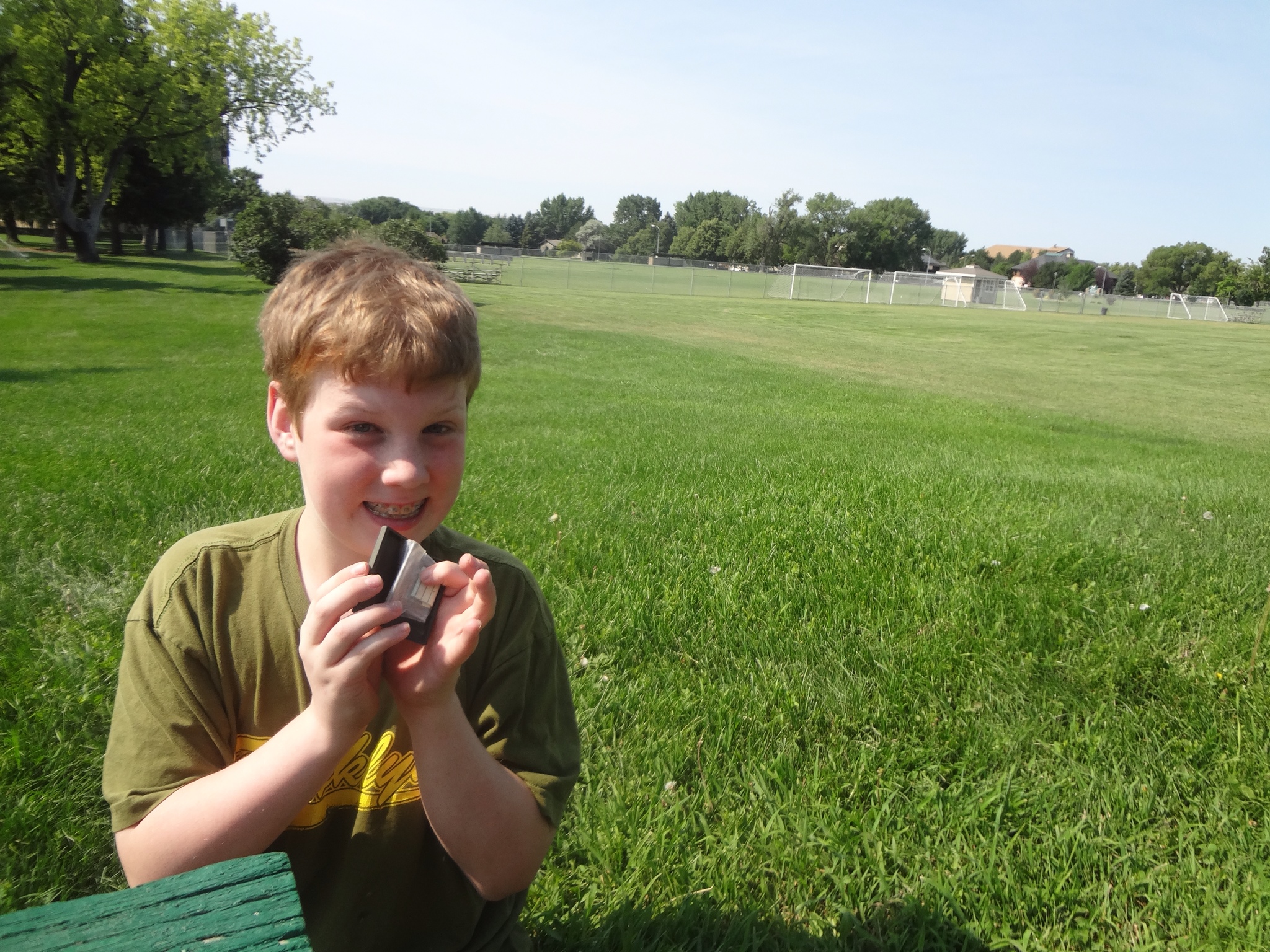 Here's the 4-Square field where I perfected my air-dribble: 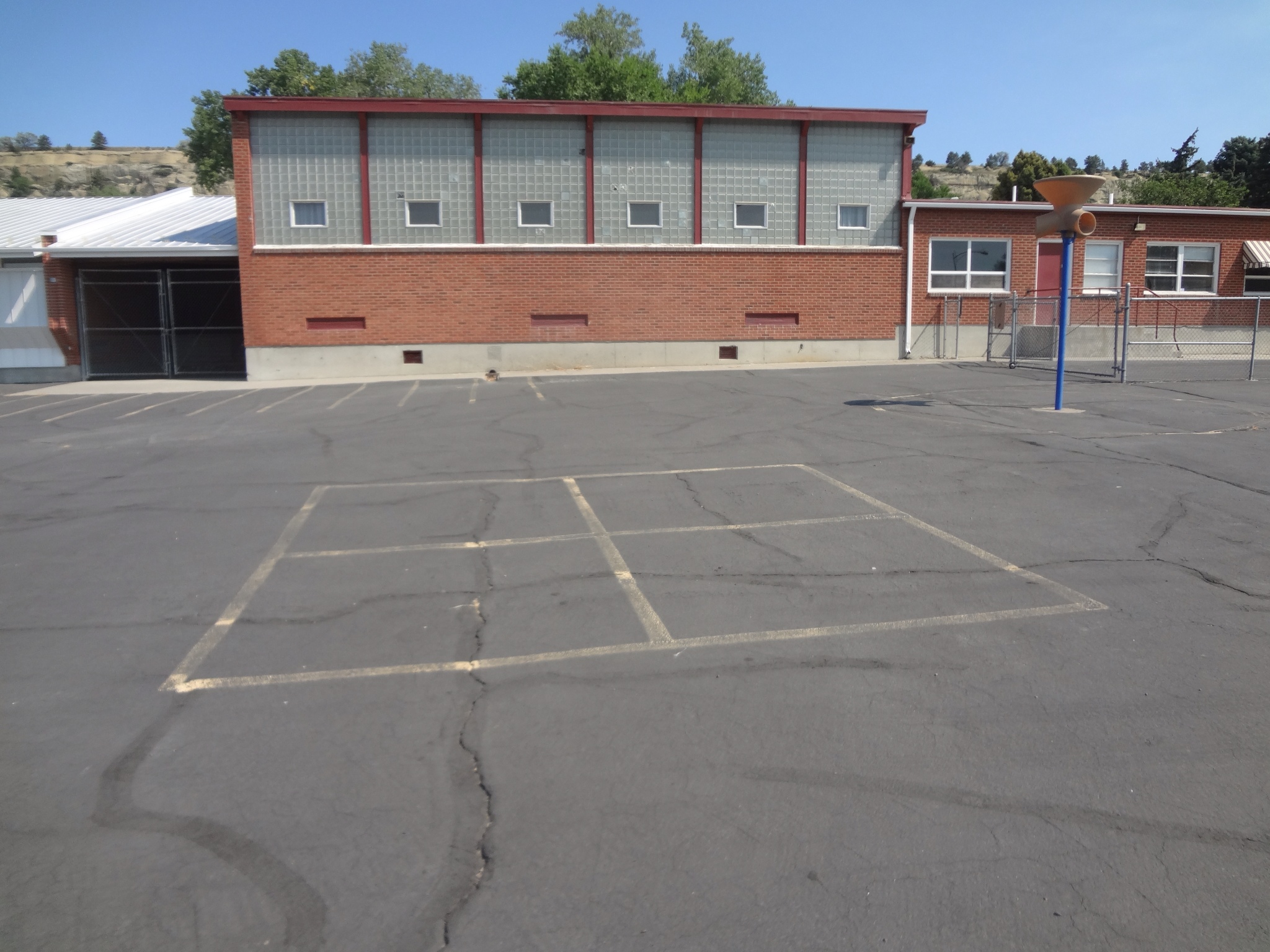 I remember it being so much bigger… 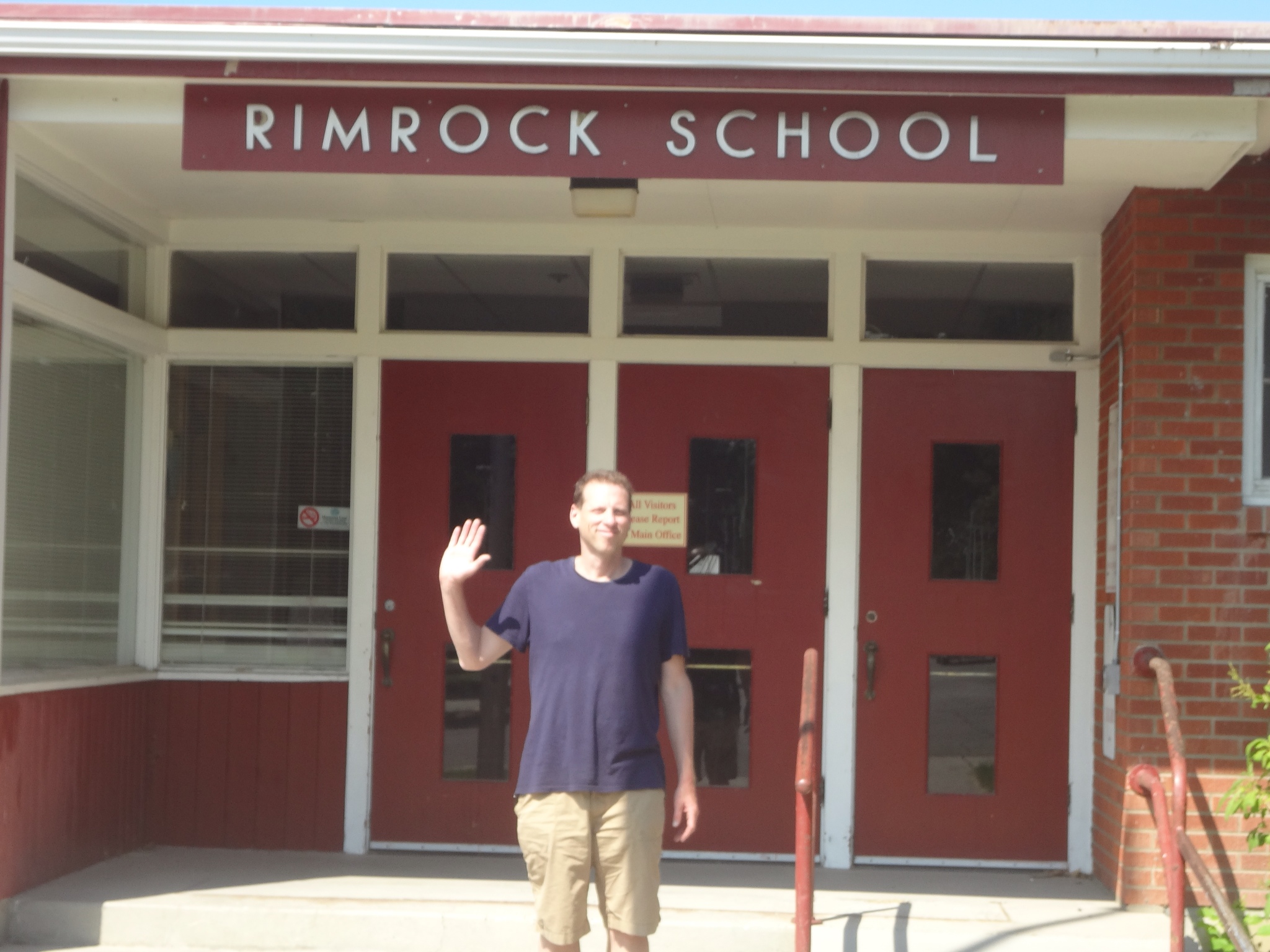 After that we drove around the nearby neighborhood while I tried to find our old house on Princeton Avenue. Maybe other members of the Laber family can tell me if I got the right one: 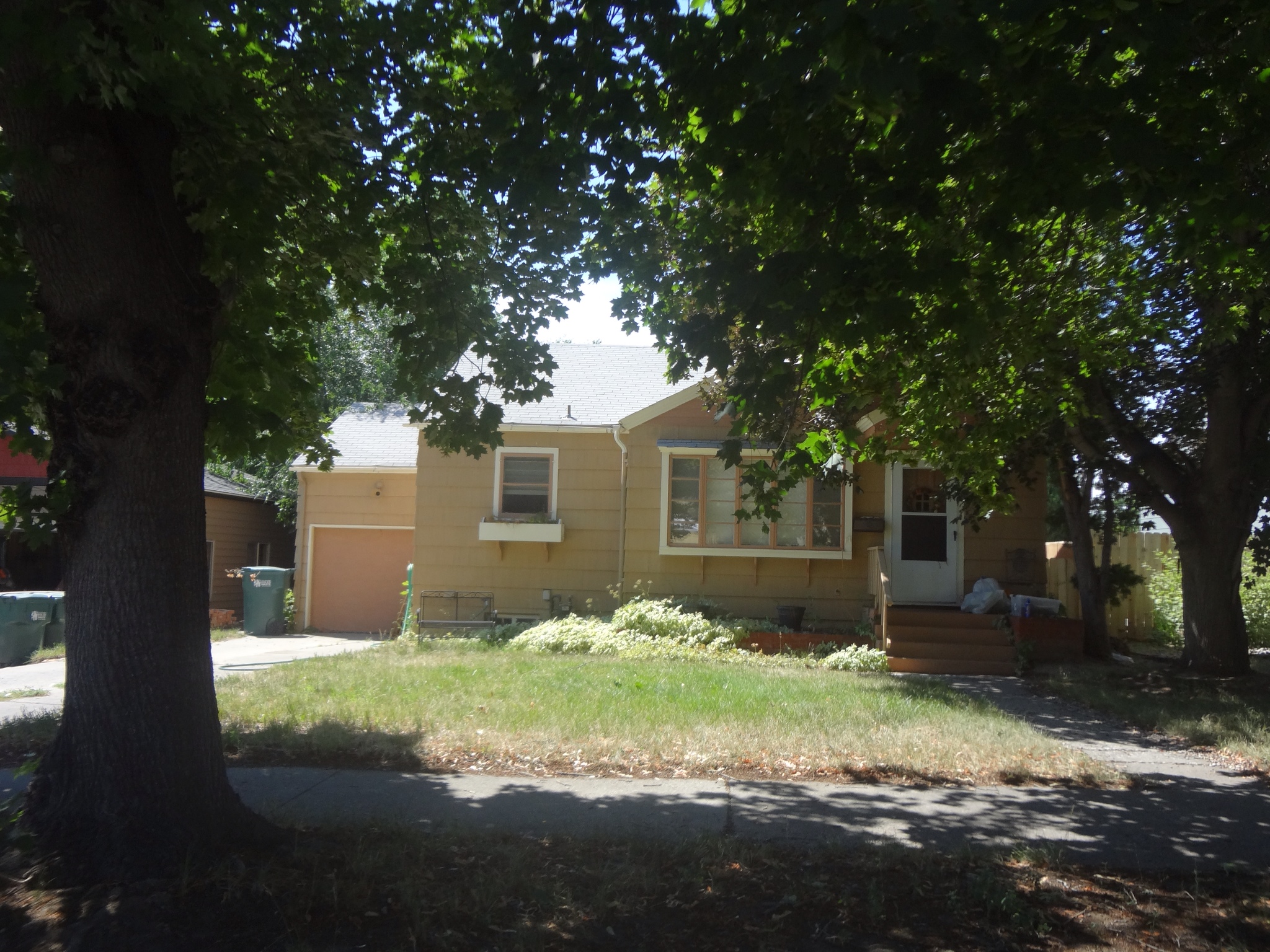 After that we did a quick drive up the Rims, the long sandstone cliffs that border much of the city. We stopped in Zimmerman park to snag a few pictures of the city from above, but since Toby was in crocs and shorts we decided he would stay in the car after I saw this sign: 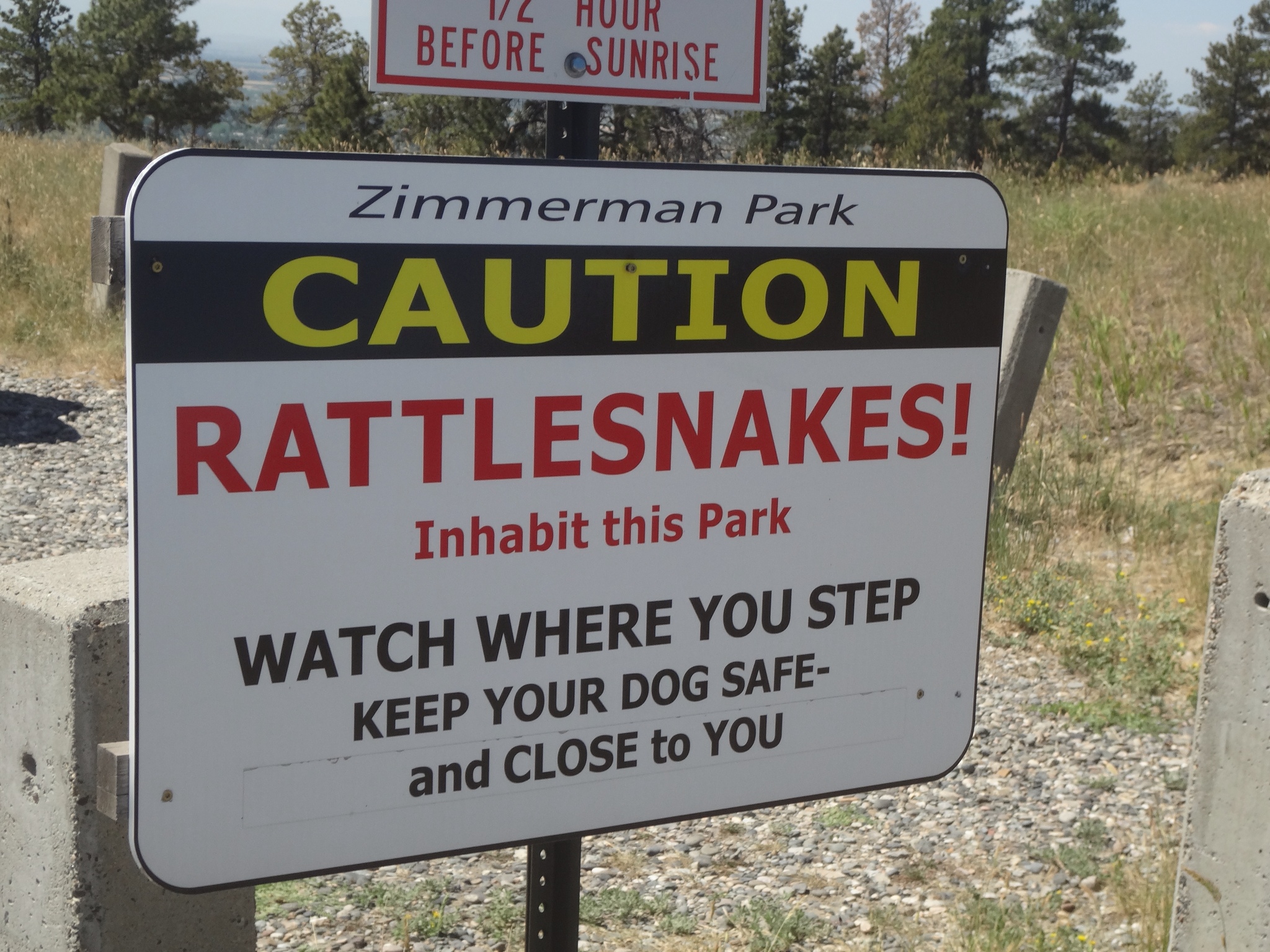 I braved the short trail to the edge and got a few pictures: 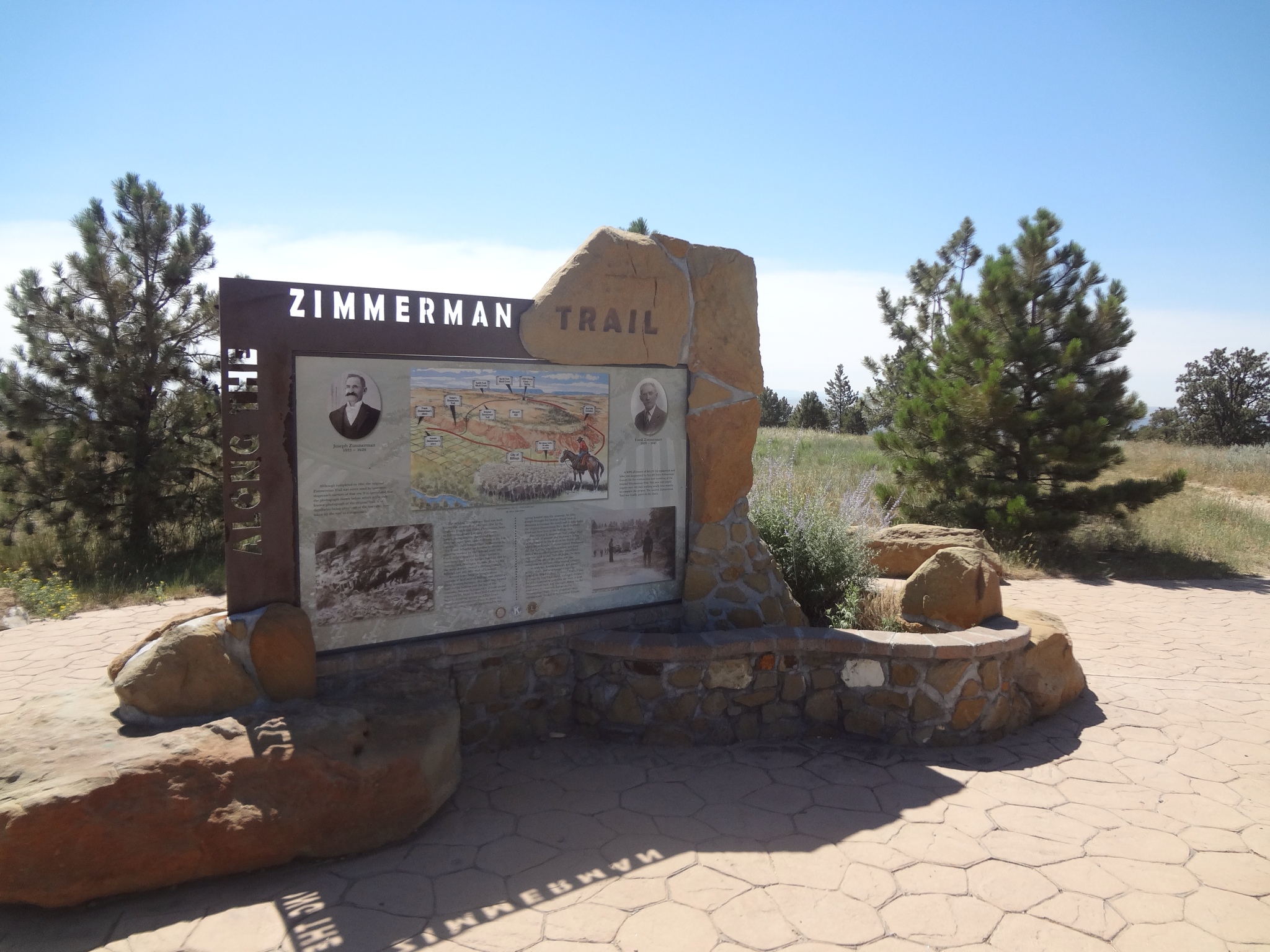 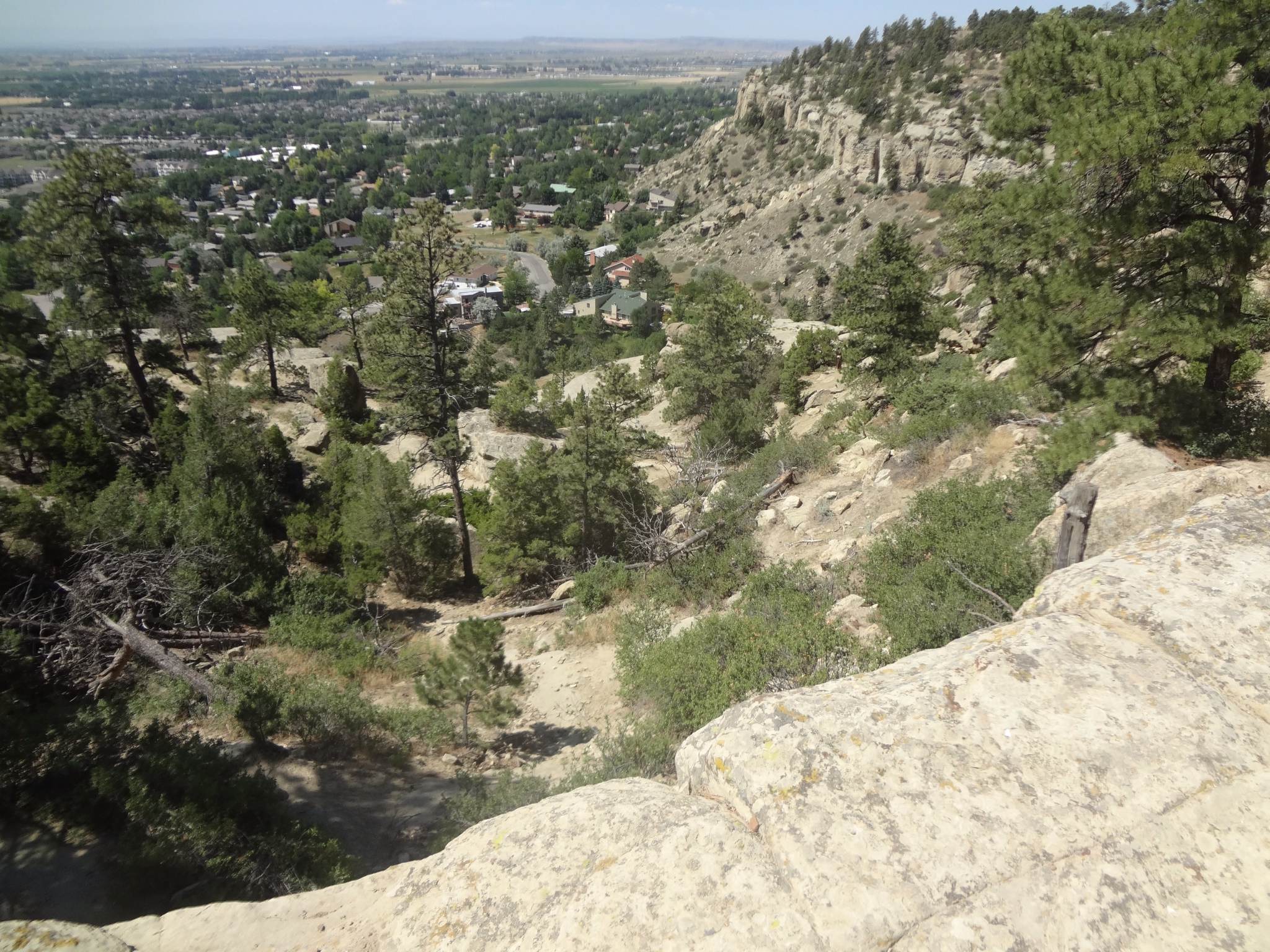 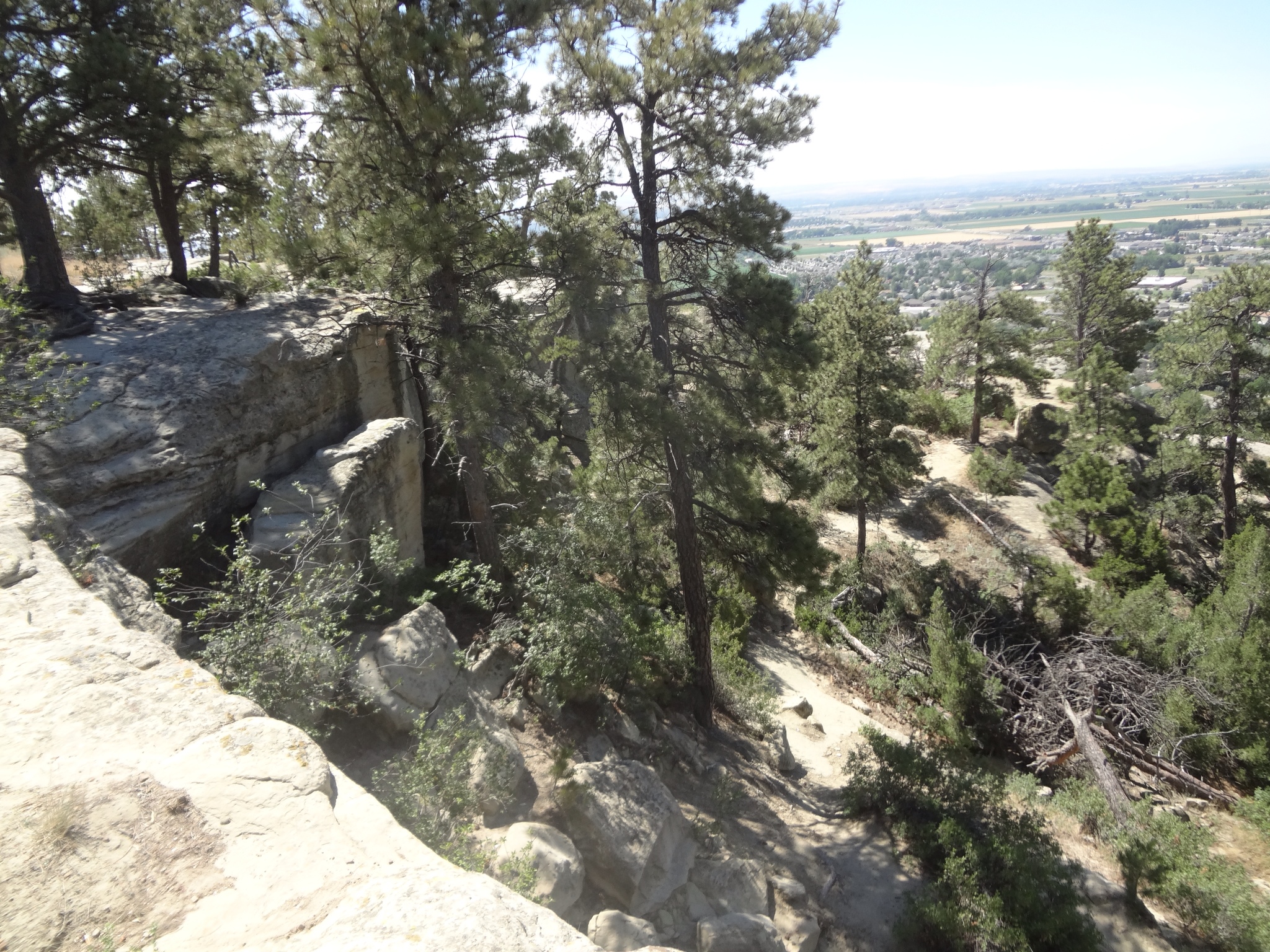 On the way back down, we stopped at my parents' alma mater, Eastern Mountain College. It's now a campus of MSU. We tried for another geocache but came up empty this time: 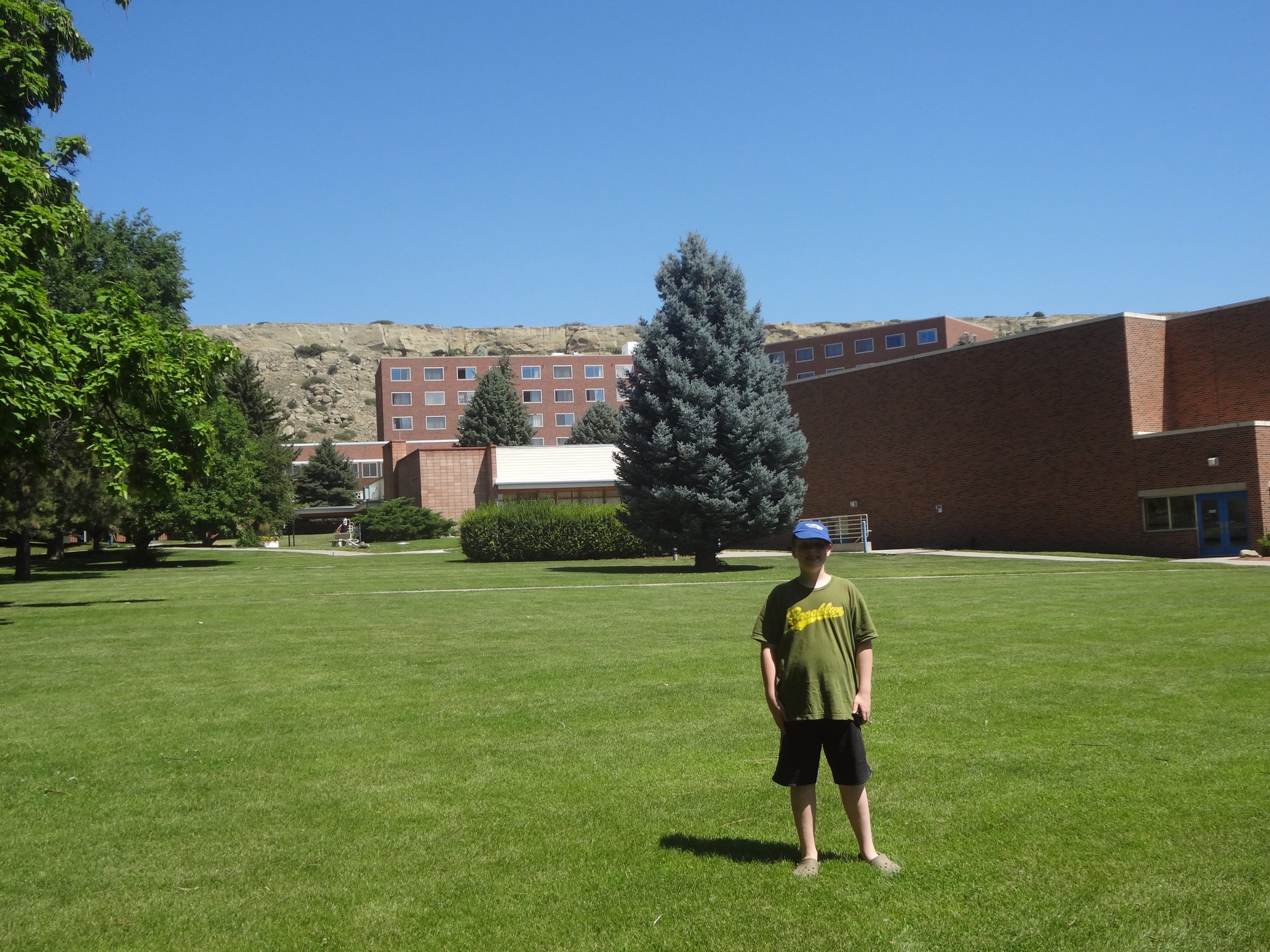 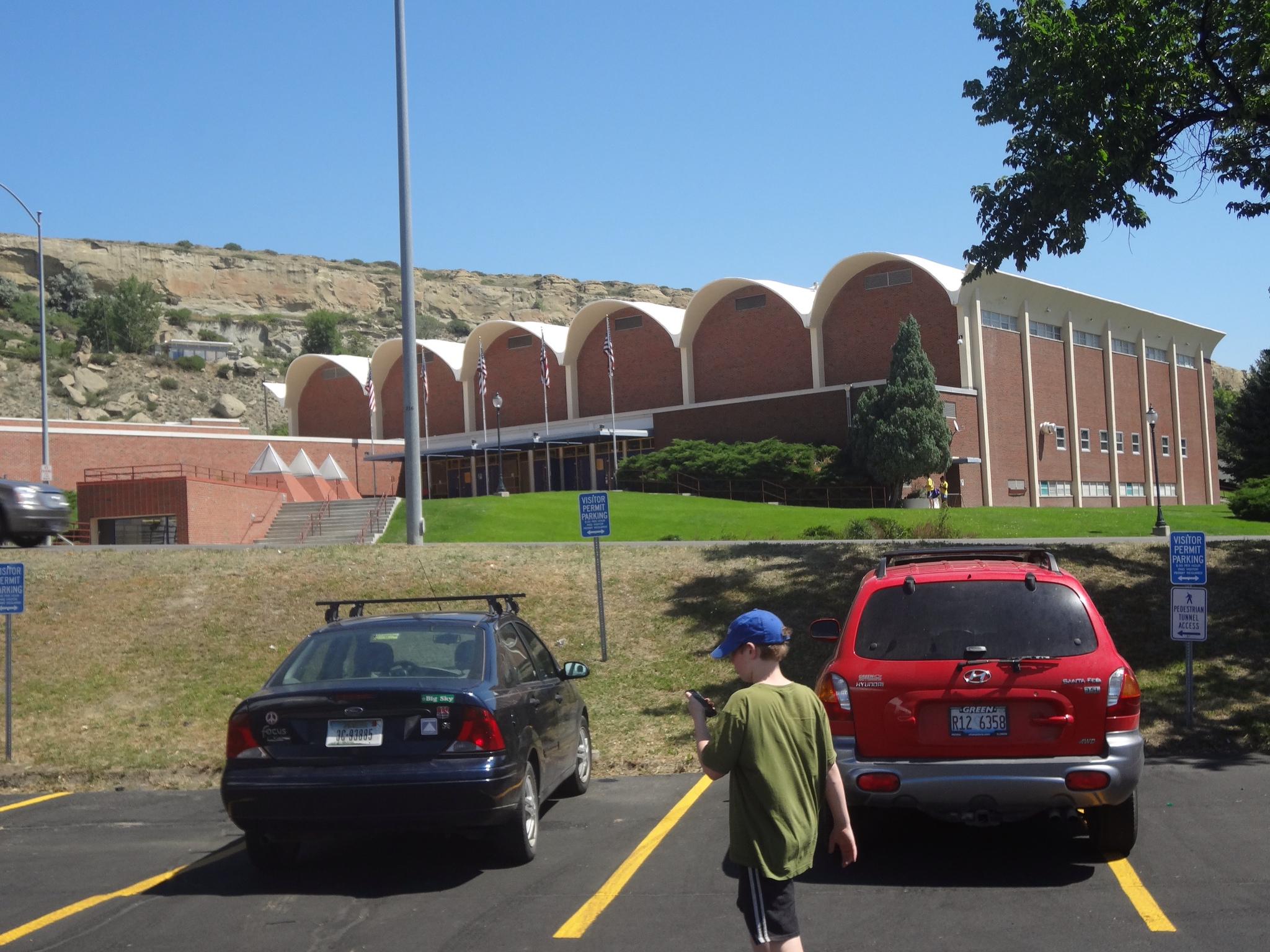 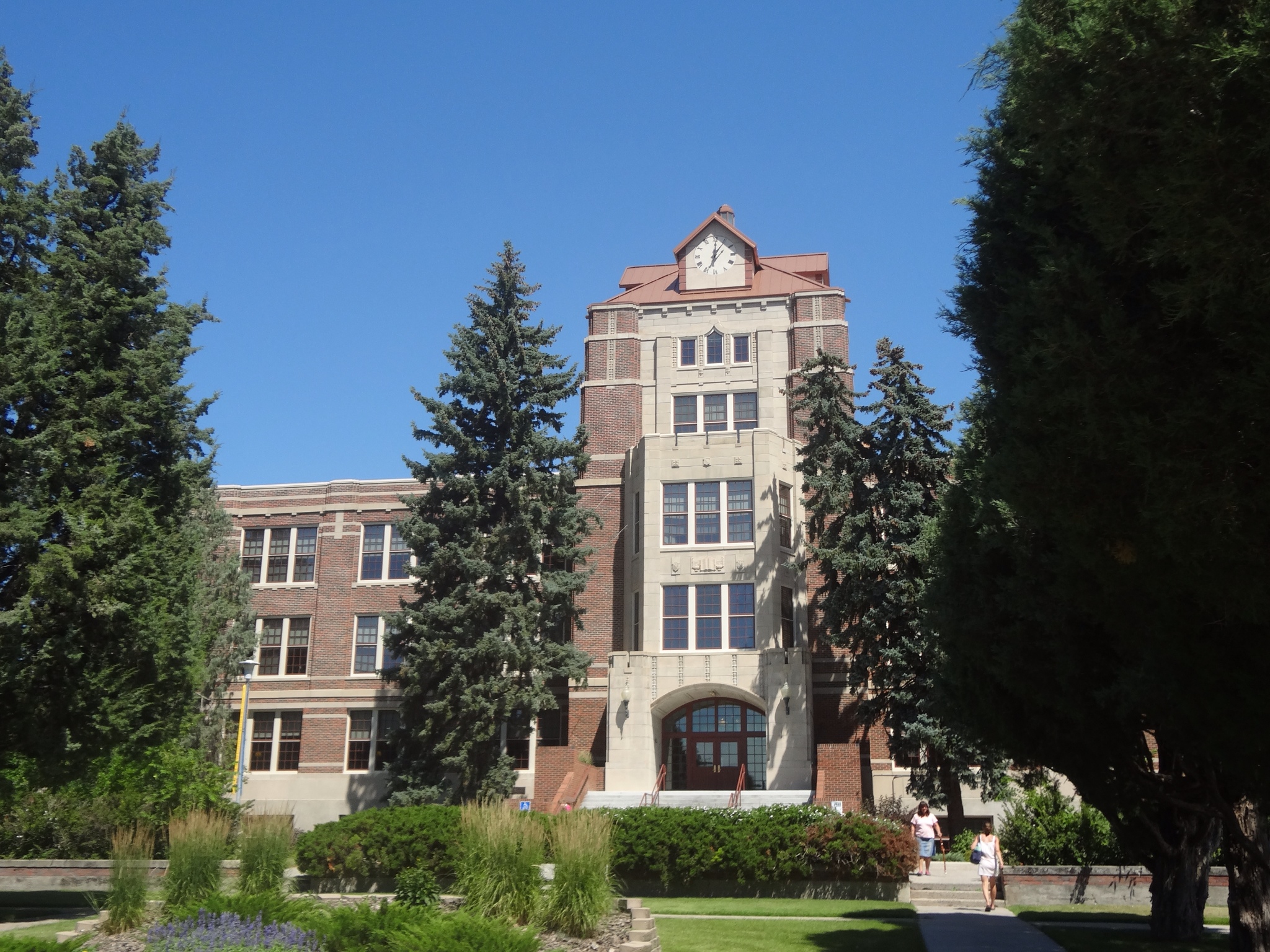 In the afternoon, we headed over to the Rimrock mall. The kids got some money to spend, but both of them wanted to save it instead. I don't know where they get it. I have a lot of fond memories of immediately spending any money that came my way at that mall: 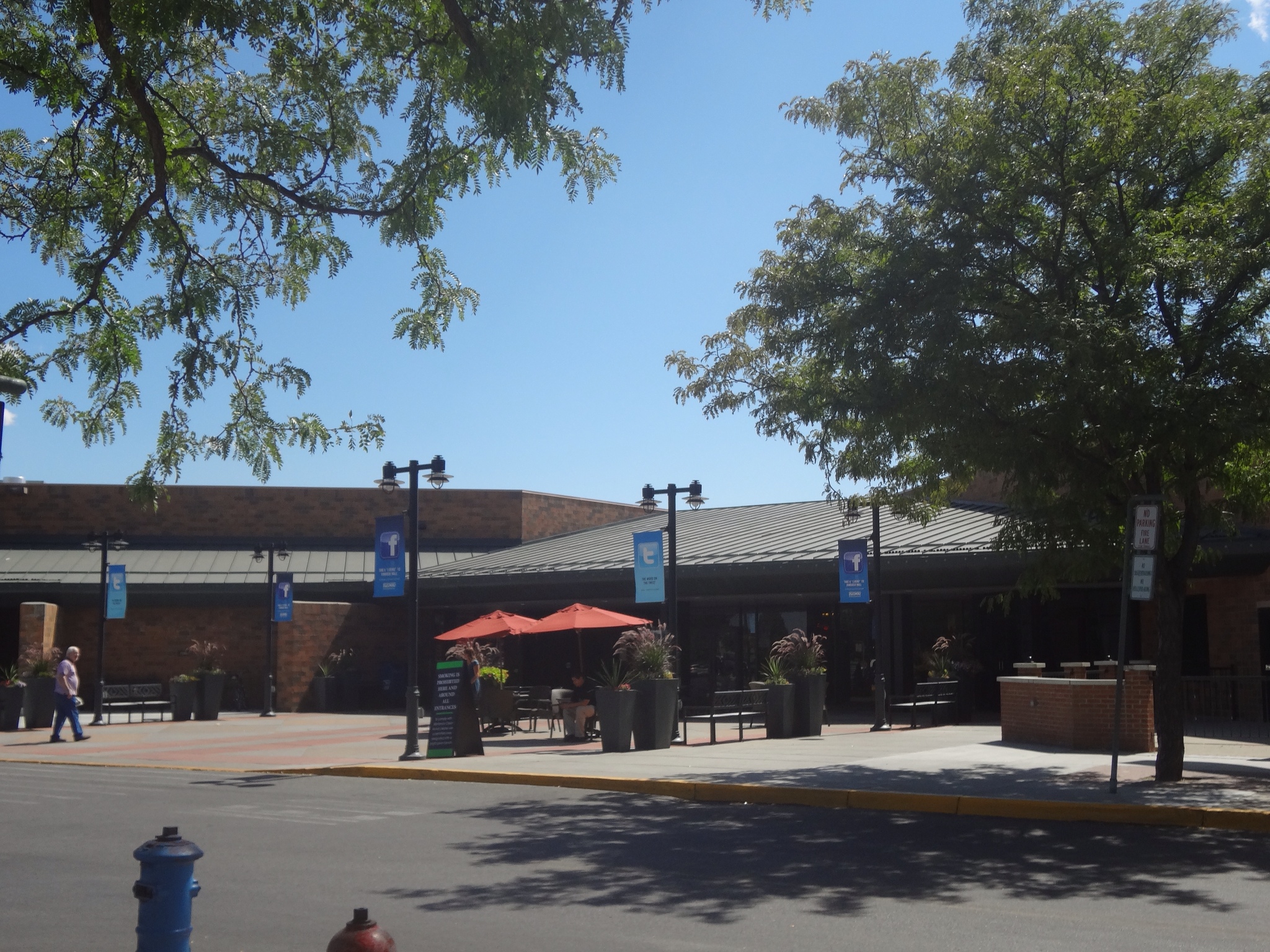 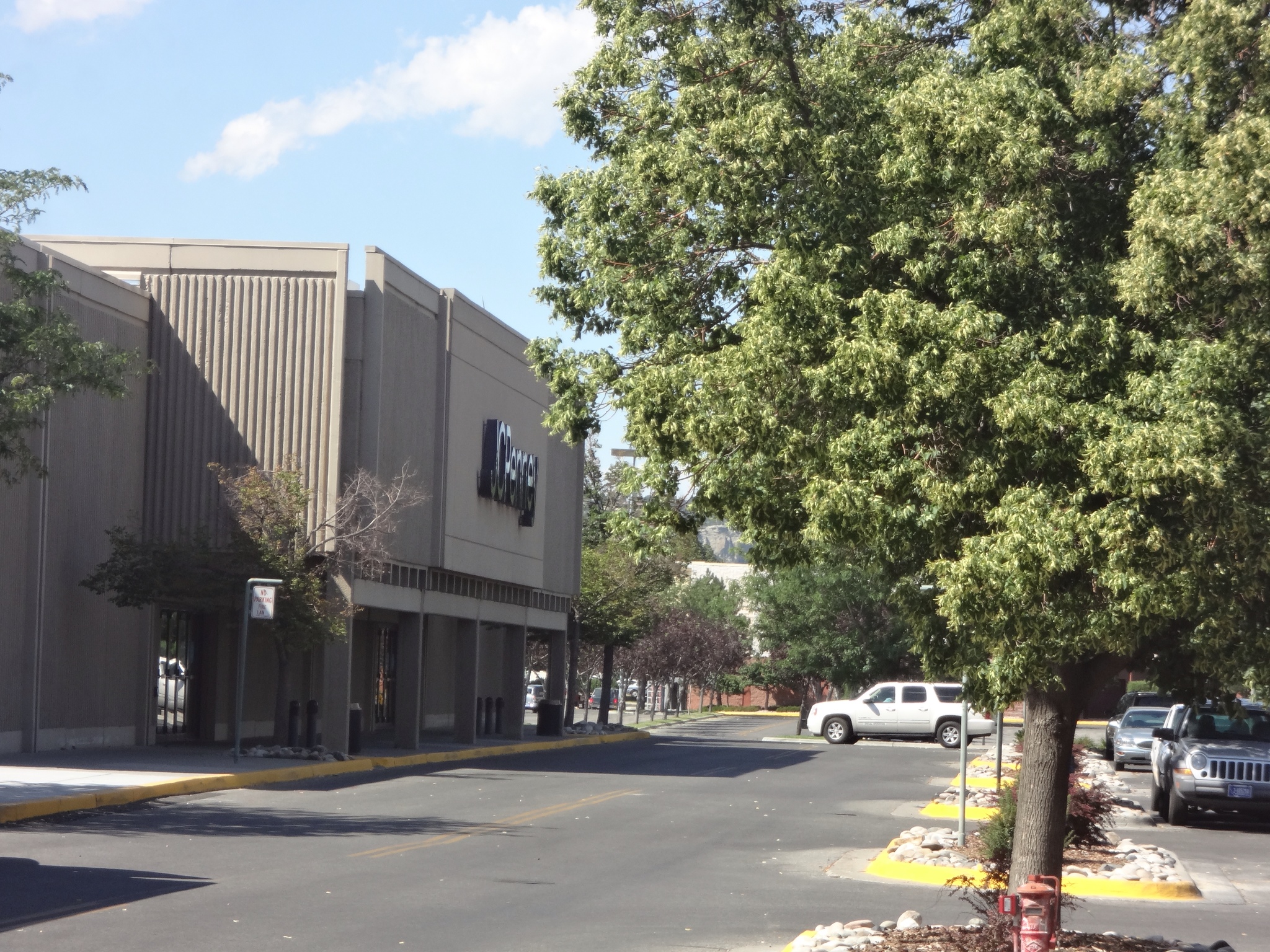 I forgot all about Herbergers department store, still rocking the old logo: 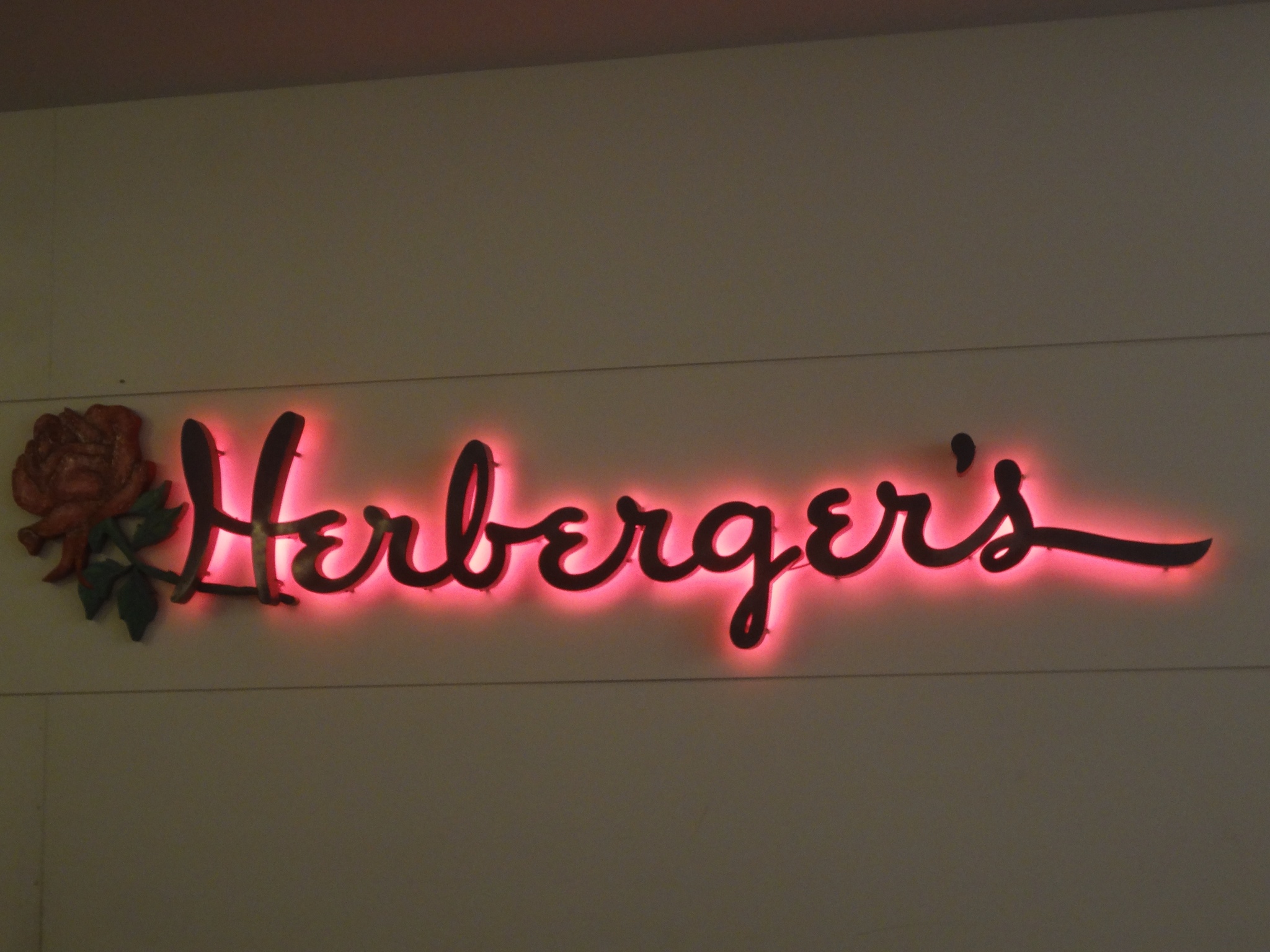 The kids got to have their first Orange Julius: 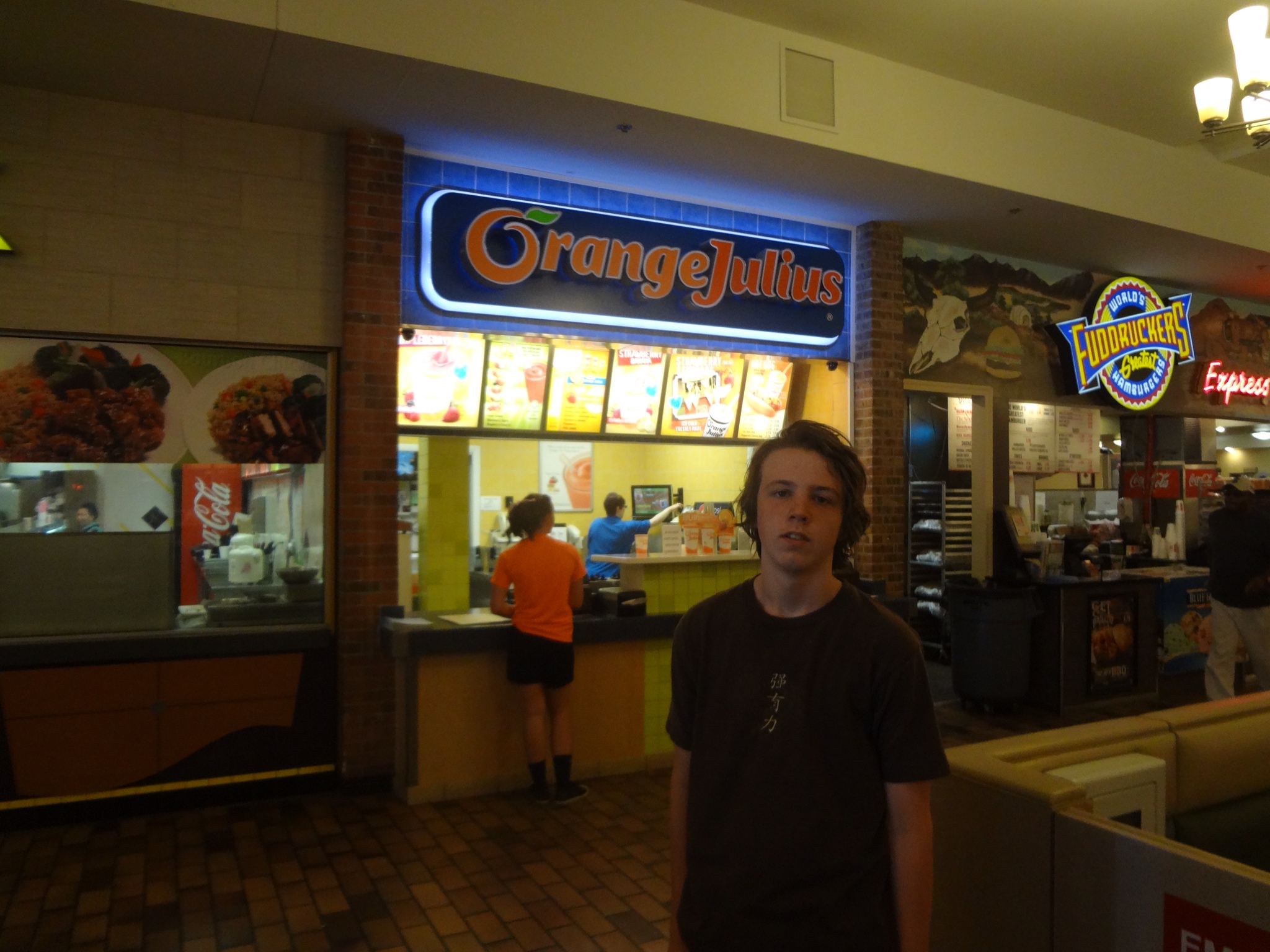 I was able to duck out for an hour and do a quick drive by of another old neighborhood nearby. My first high school, Billings West High: 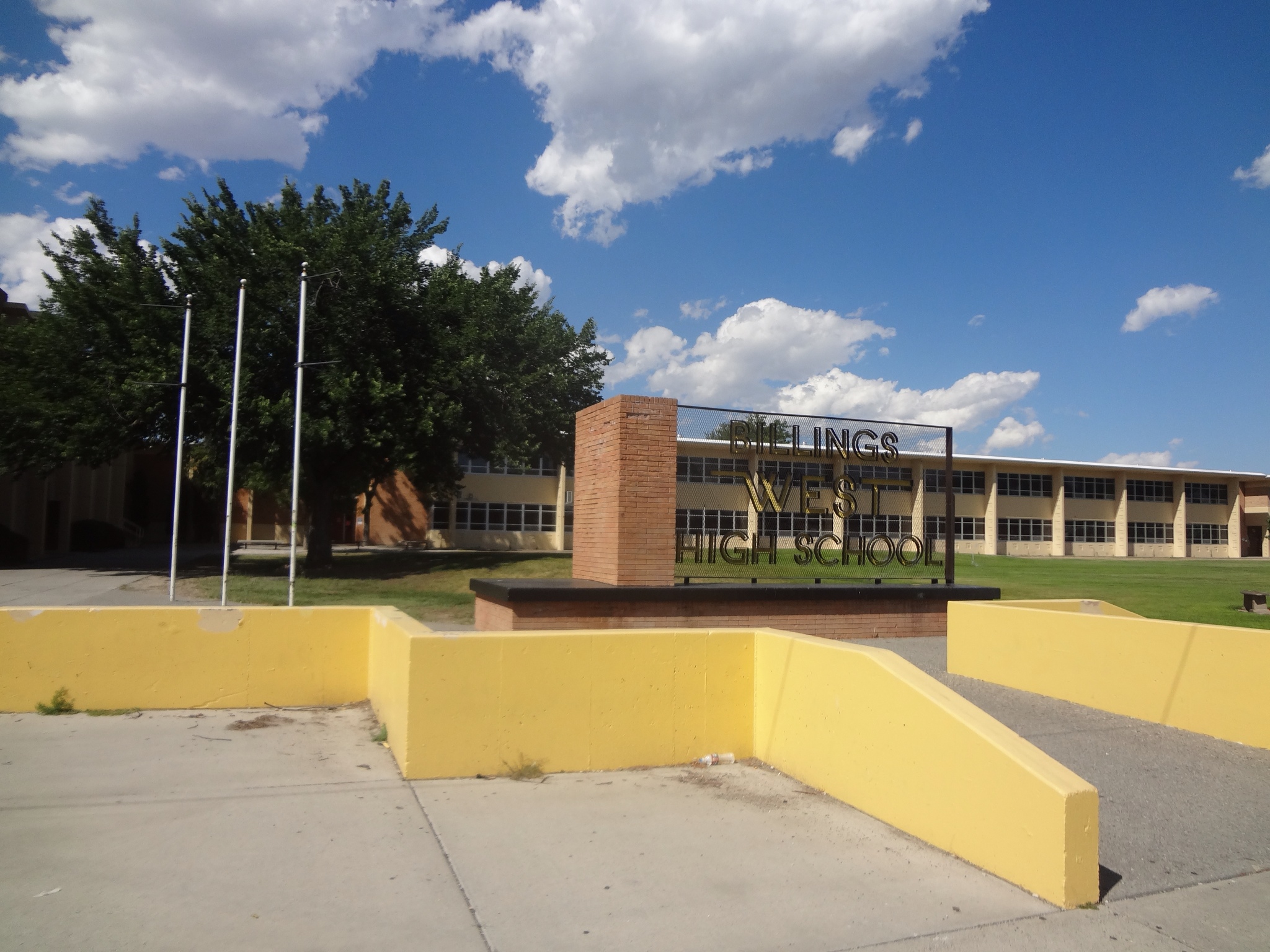 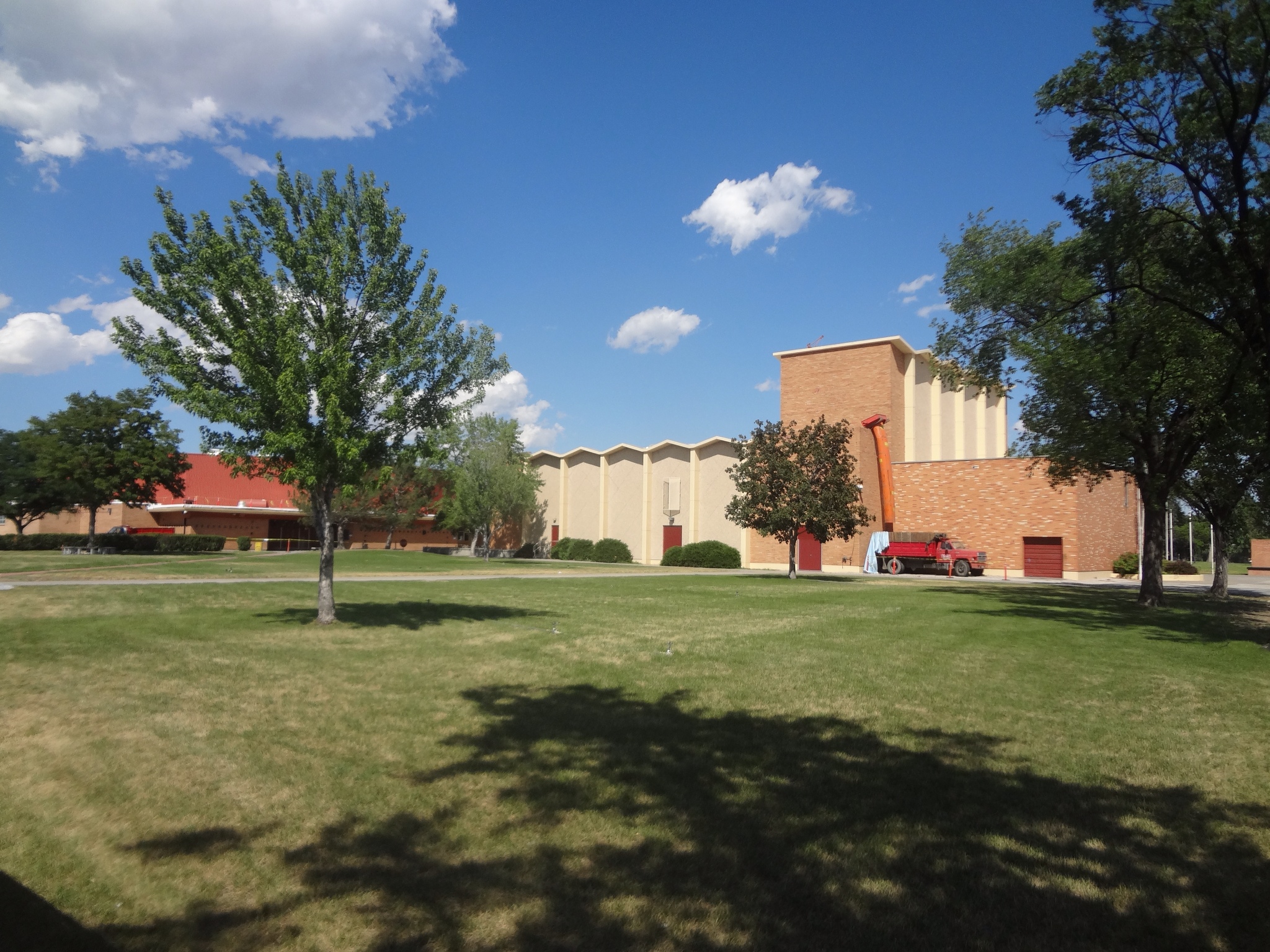 The door to the auditorium was open, so I couldn't resist stepping in and reliving my day's on the BWHS state champion drama team, and the time I killed as Samual in The Curious Savage:

Nearby, my favorite bookstore and comic book store, now a consignment shop: 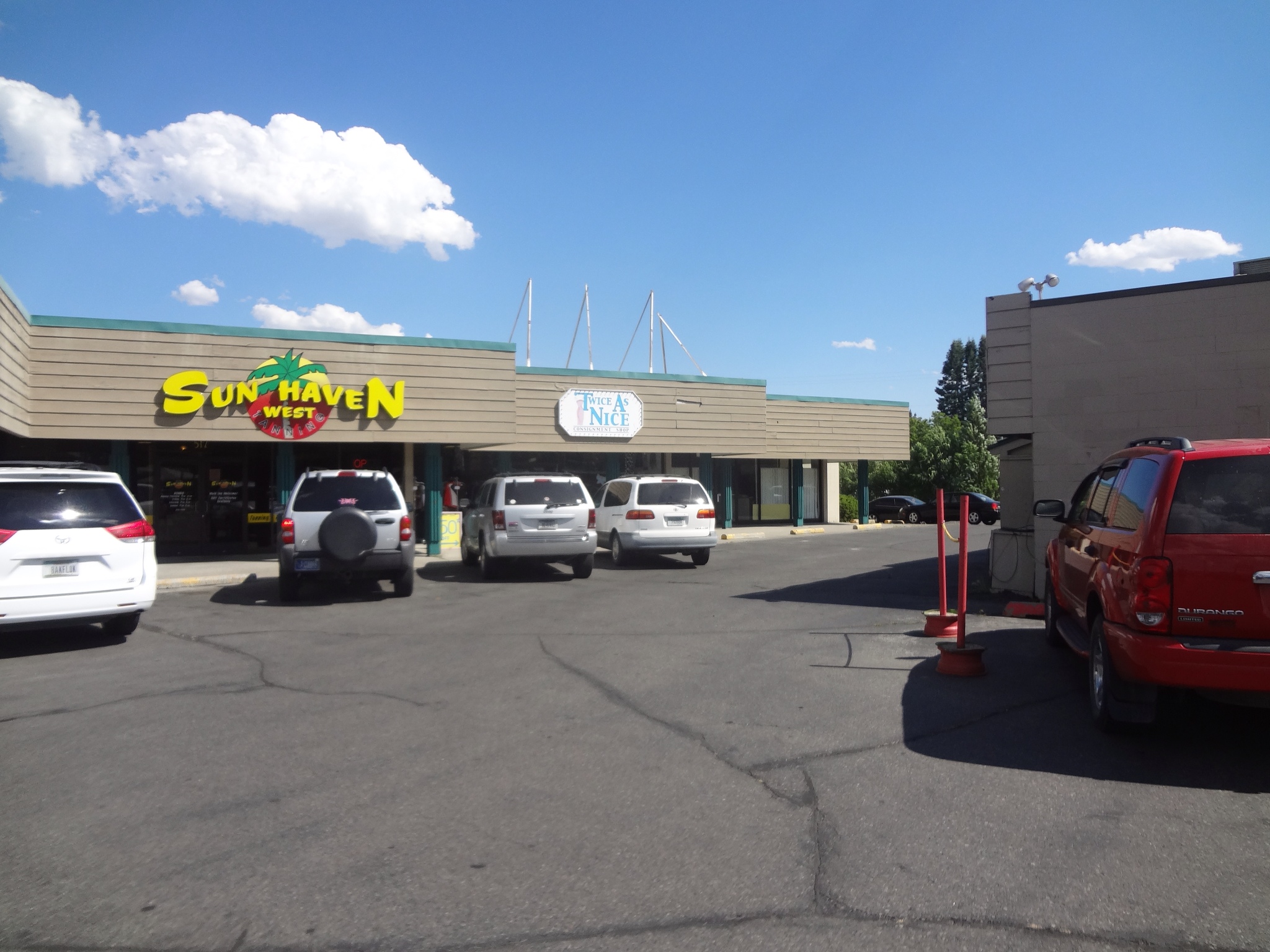 And our old house on Custer Avenue and 25th street: 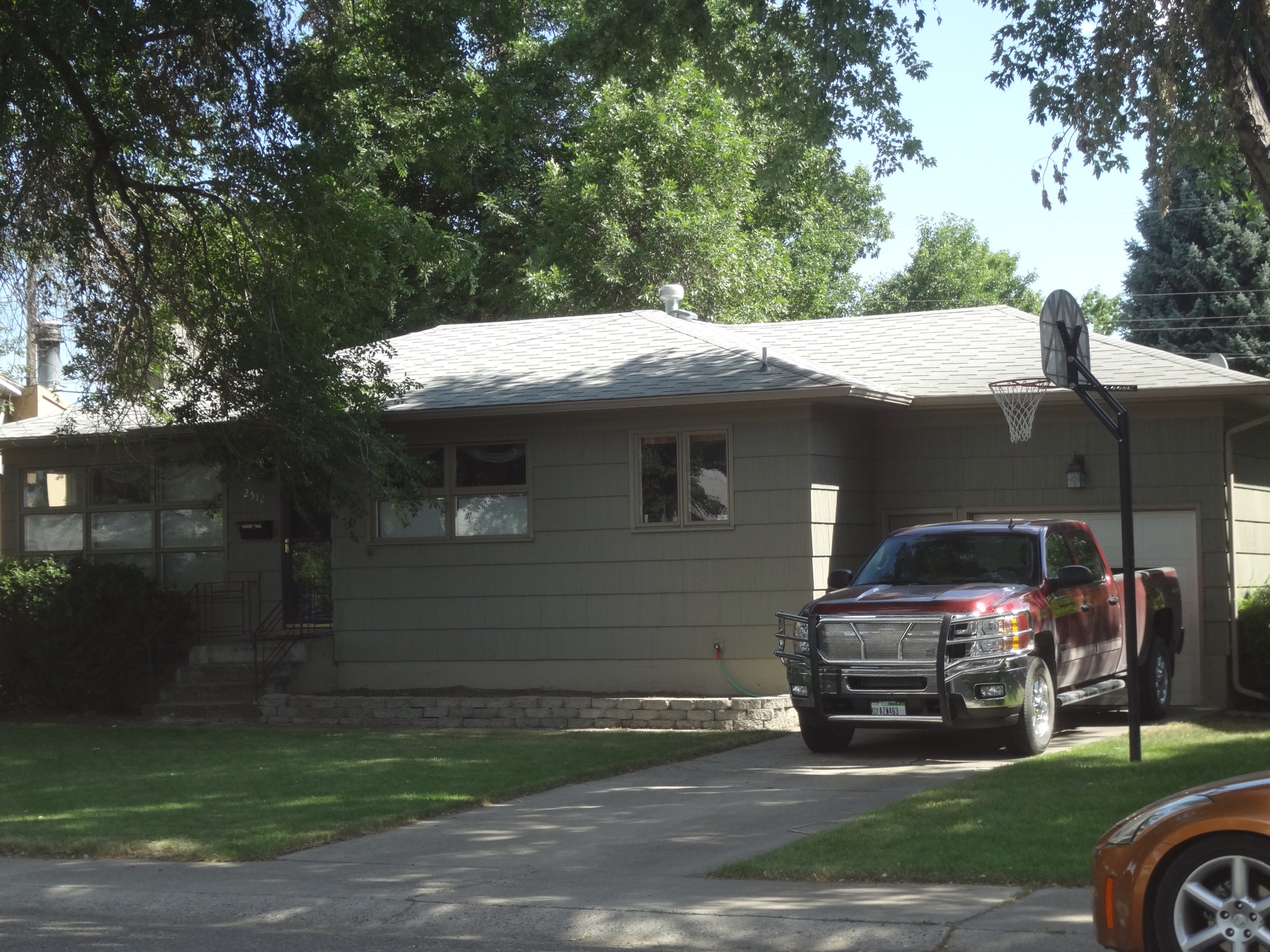 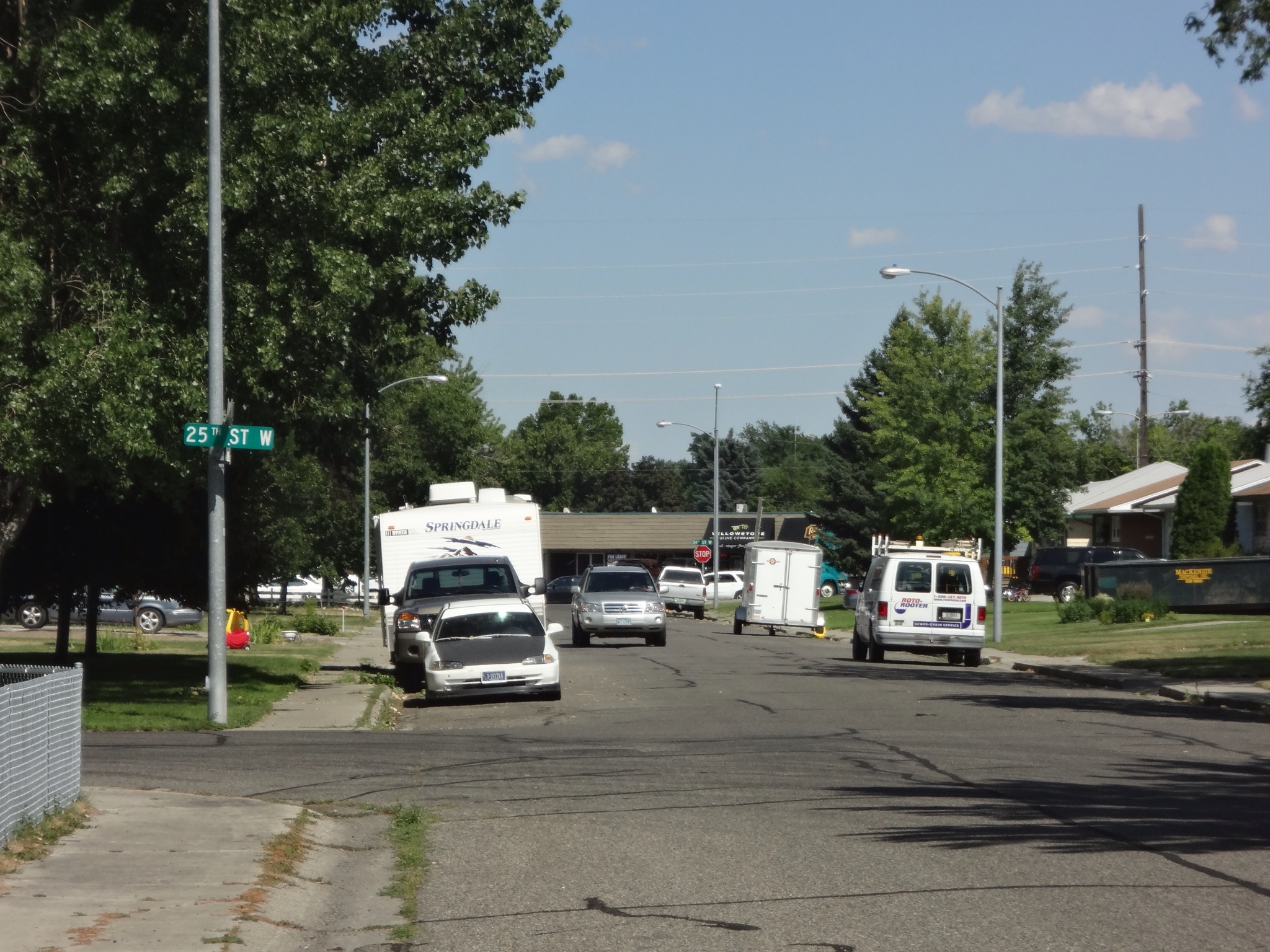 And nearby, the Softie's that Renee and I used to walk to after school is still a Billings institution: 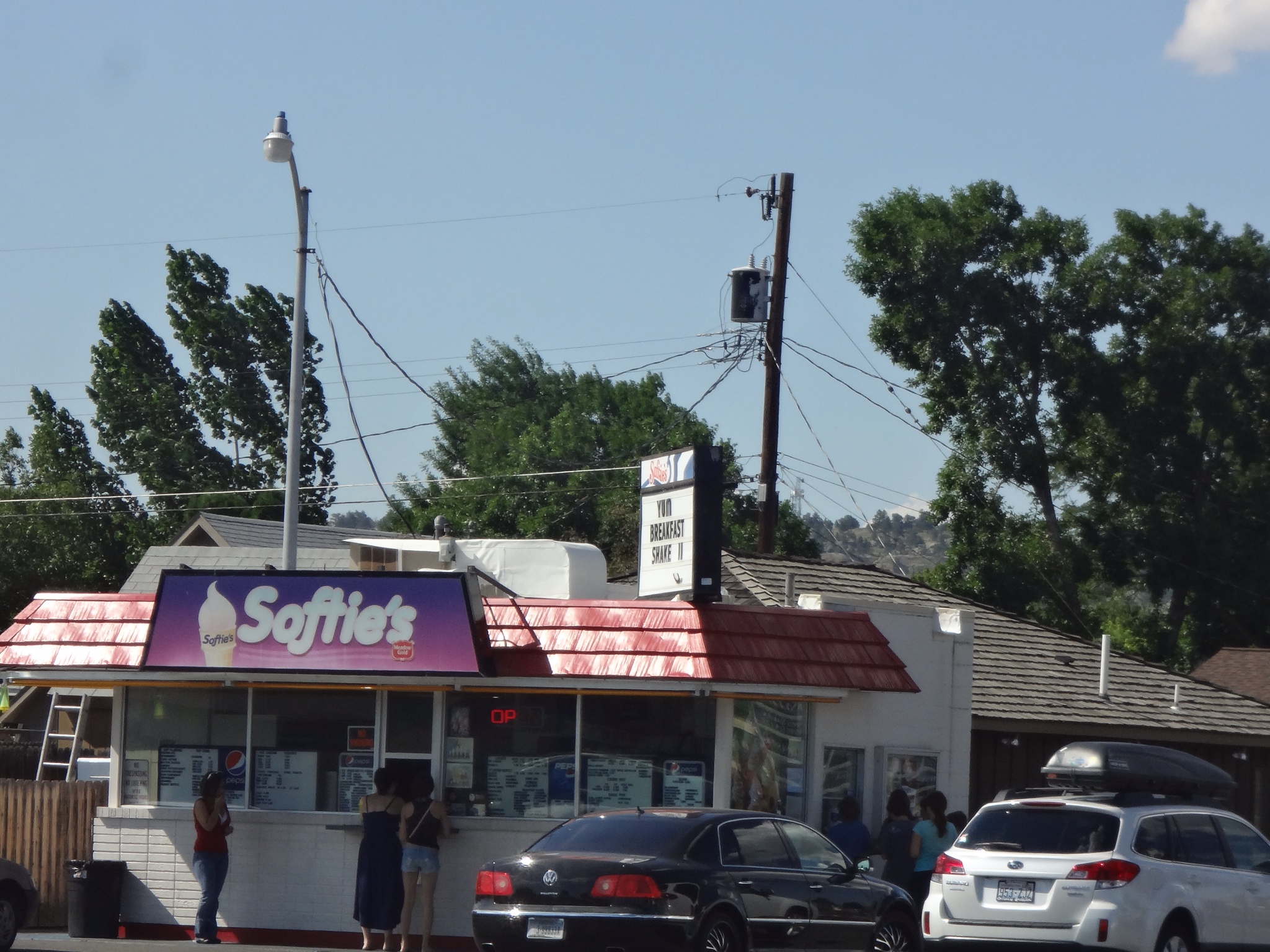 I met back up with the rest of the family and we headed out to see Despicable Me 2, which everyone enjoyed. We got back to the KOA in time for an evening swim before bed: 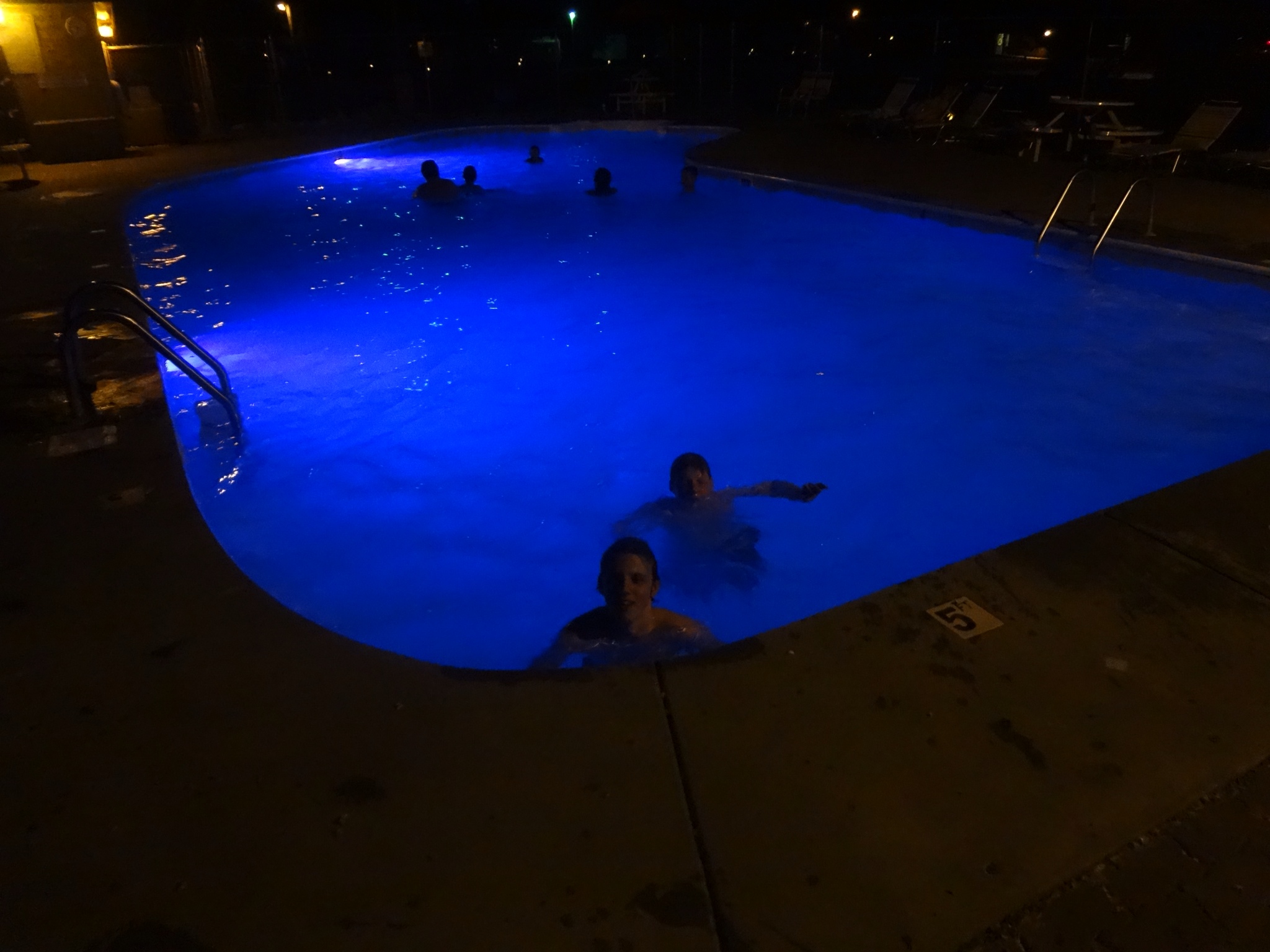 Tomorrow, a close encounter of the third kind. Or maybe just a really big thunder storm.