Today we got up around 7:45 and worked on packing and closing up my parents condo in Myrtle Beach, following Dad's well-documented steps. It had rained pretty hard during the night, so there was a fair amount of water on the ground, but it was sunny and in the eighties by the time we headed out for Asheville around 11.

Rebecca drove the first couple of hours and I set up the mobile blogging station. If you look closely you can see Calvin taking the picture: 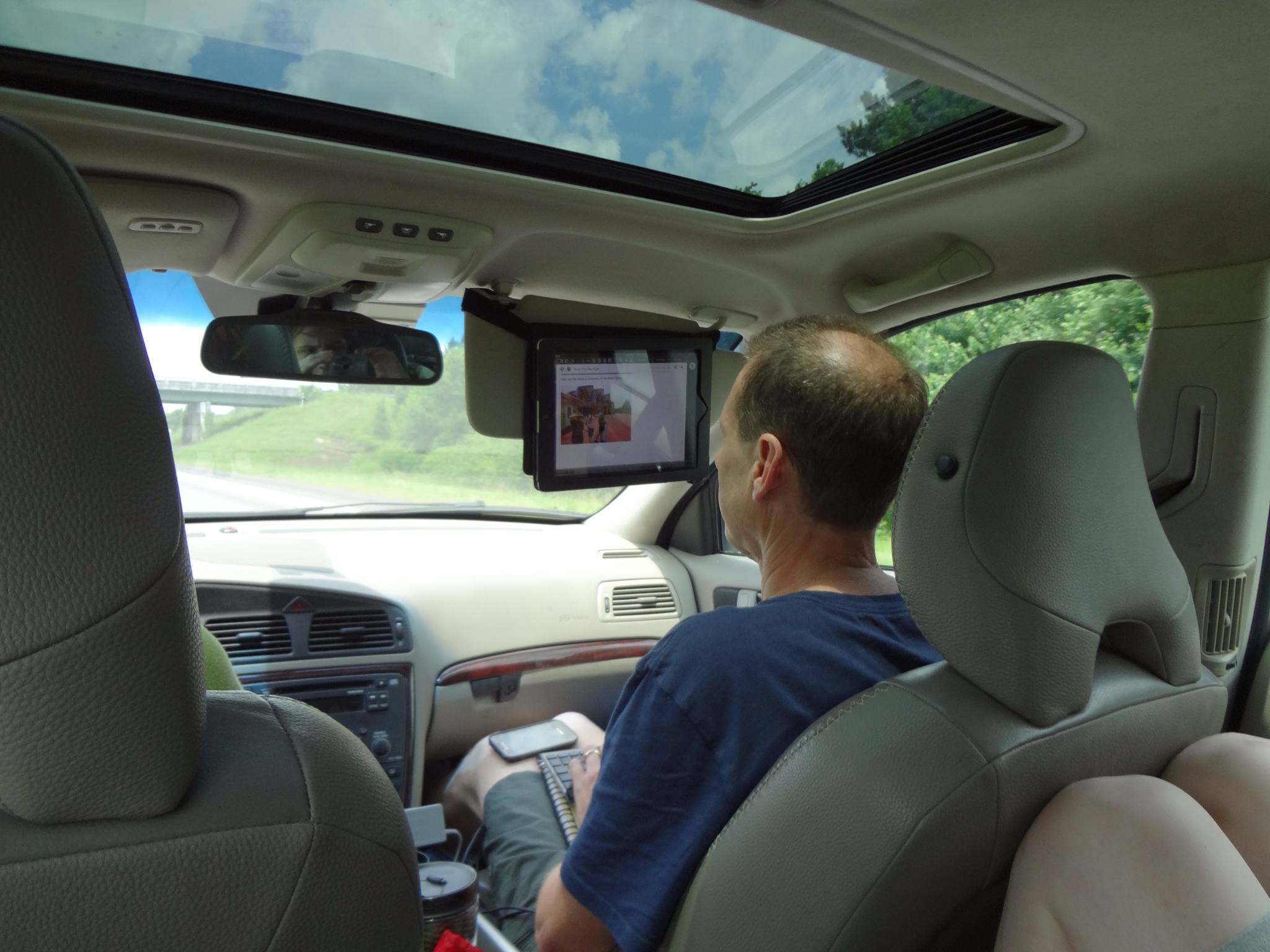 We had lunch at a rest stop: 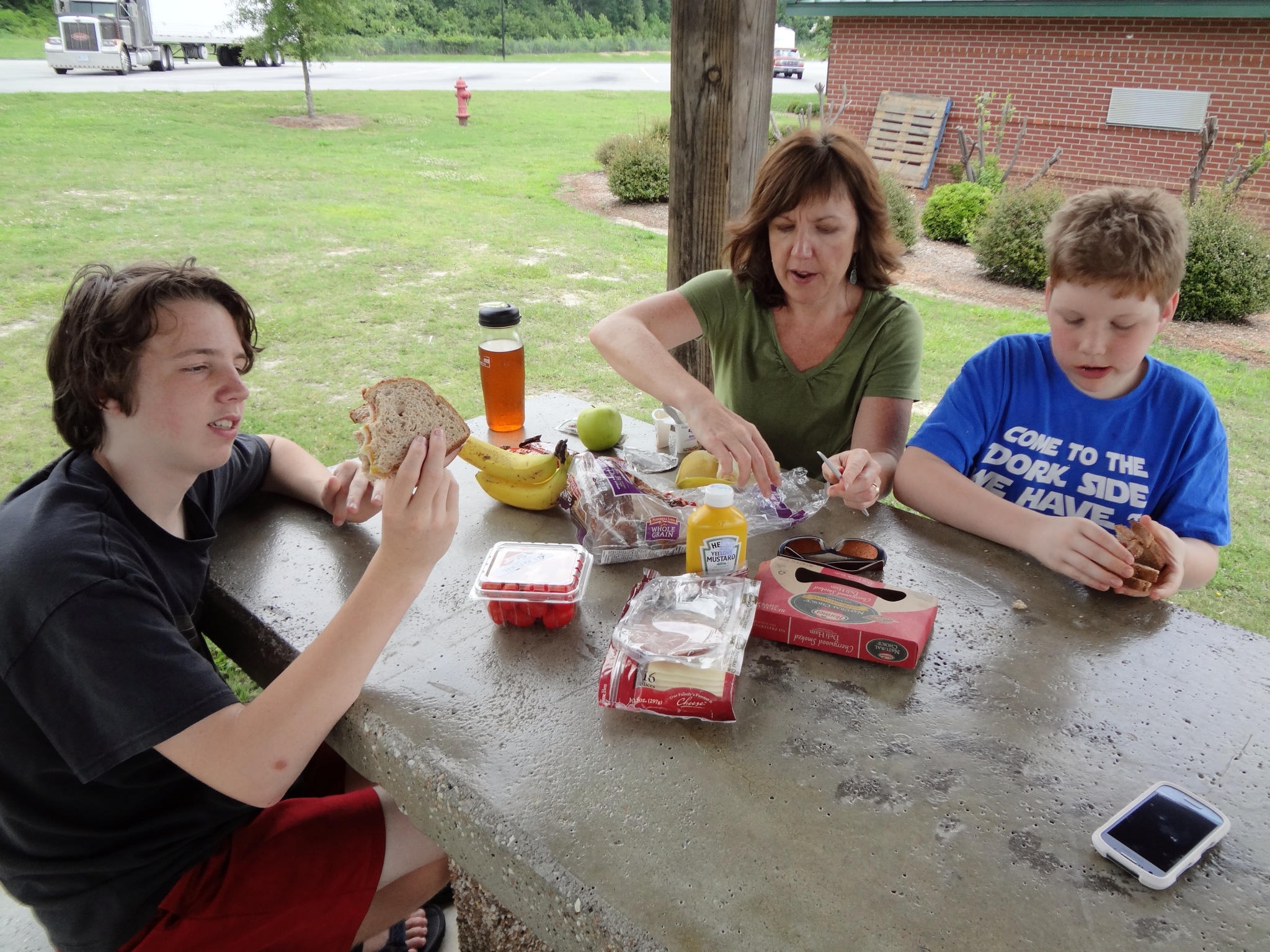 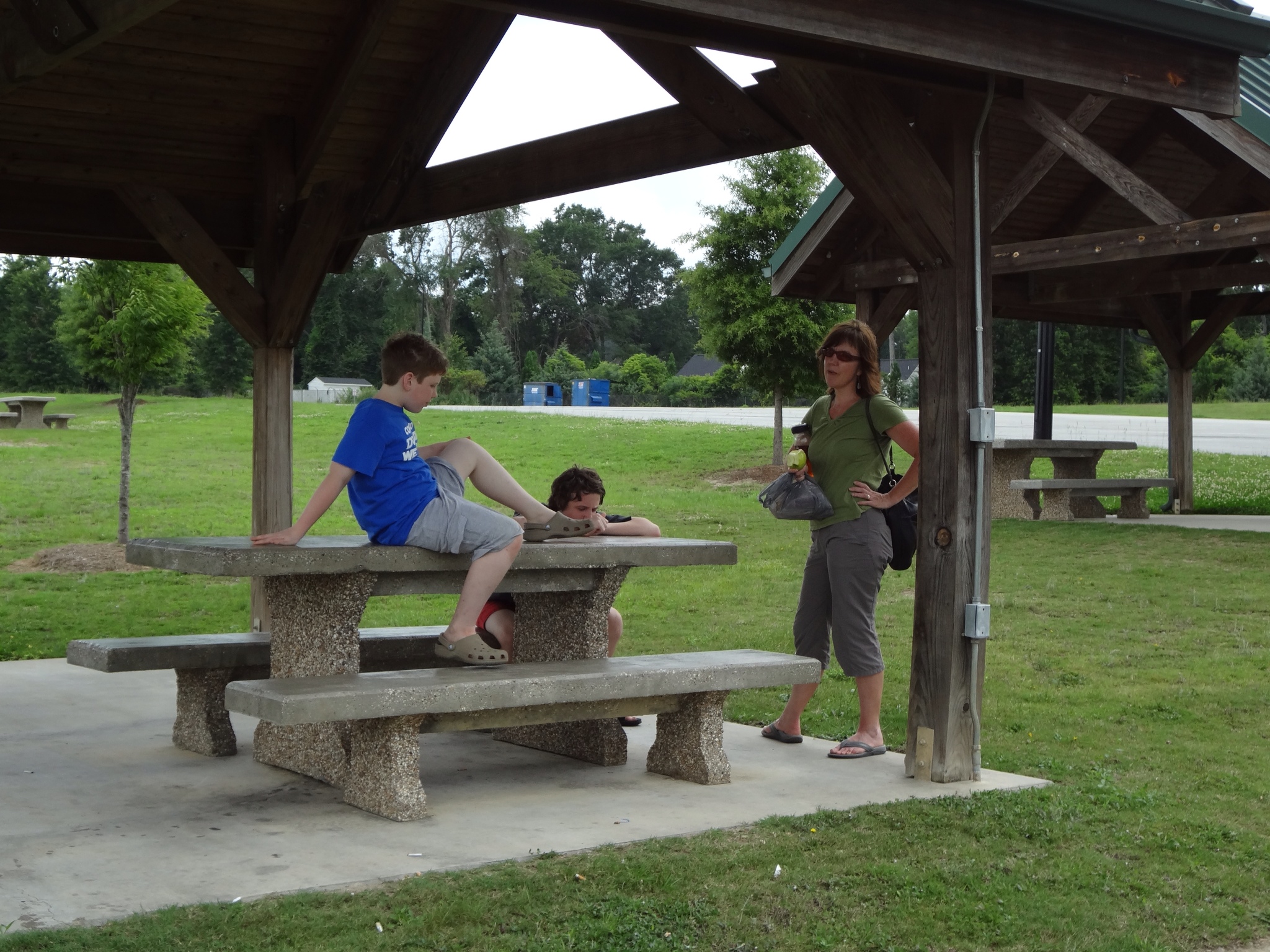 I took the second shift. It was about a 5 hour drive altogether. Here's our first shot of the mountains coming in: 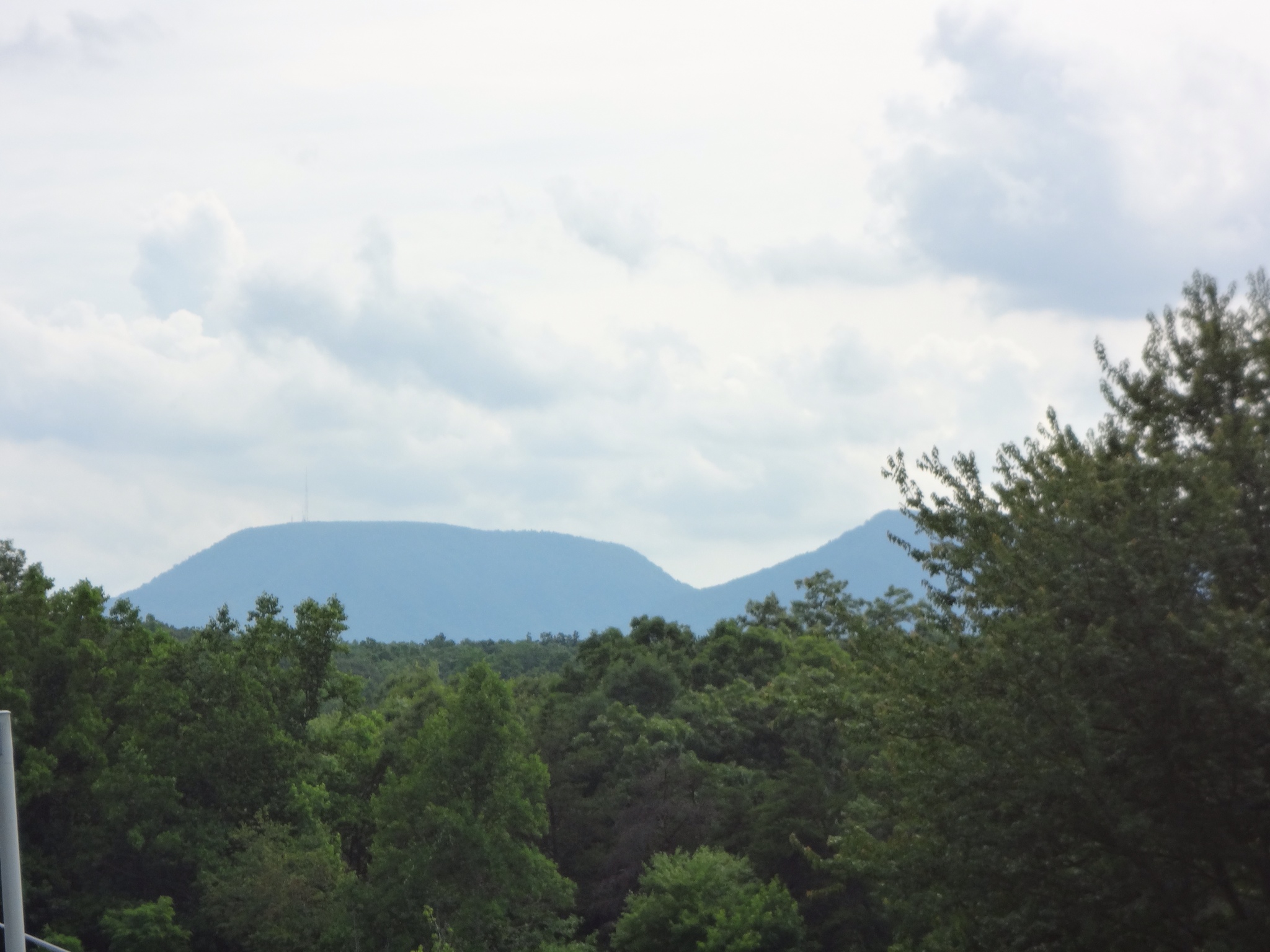 We got to Asheville around 4:30. I called over to the KOA Asheville West to arrange for a later arrival so that we could look around town and have dinner. Our niece Lena lives there, but unfortunately she was too busy house-sitting for us in Maine to show us around!

We both liked what we saw of Asheville. It is hilly and green, with a lot of character in the buildings and the people we passed. We parked at the end of Walnut Street near Pack Square Park and then walked all around the downtown area for as long as Calvin and Toby would tolerate. And then 10 more minutes beyond that just for fun. 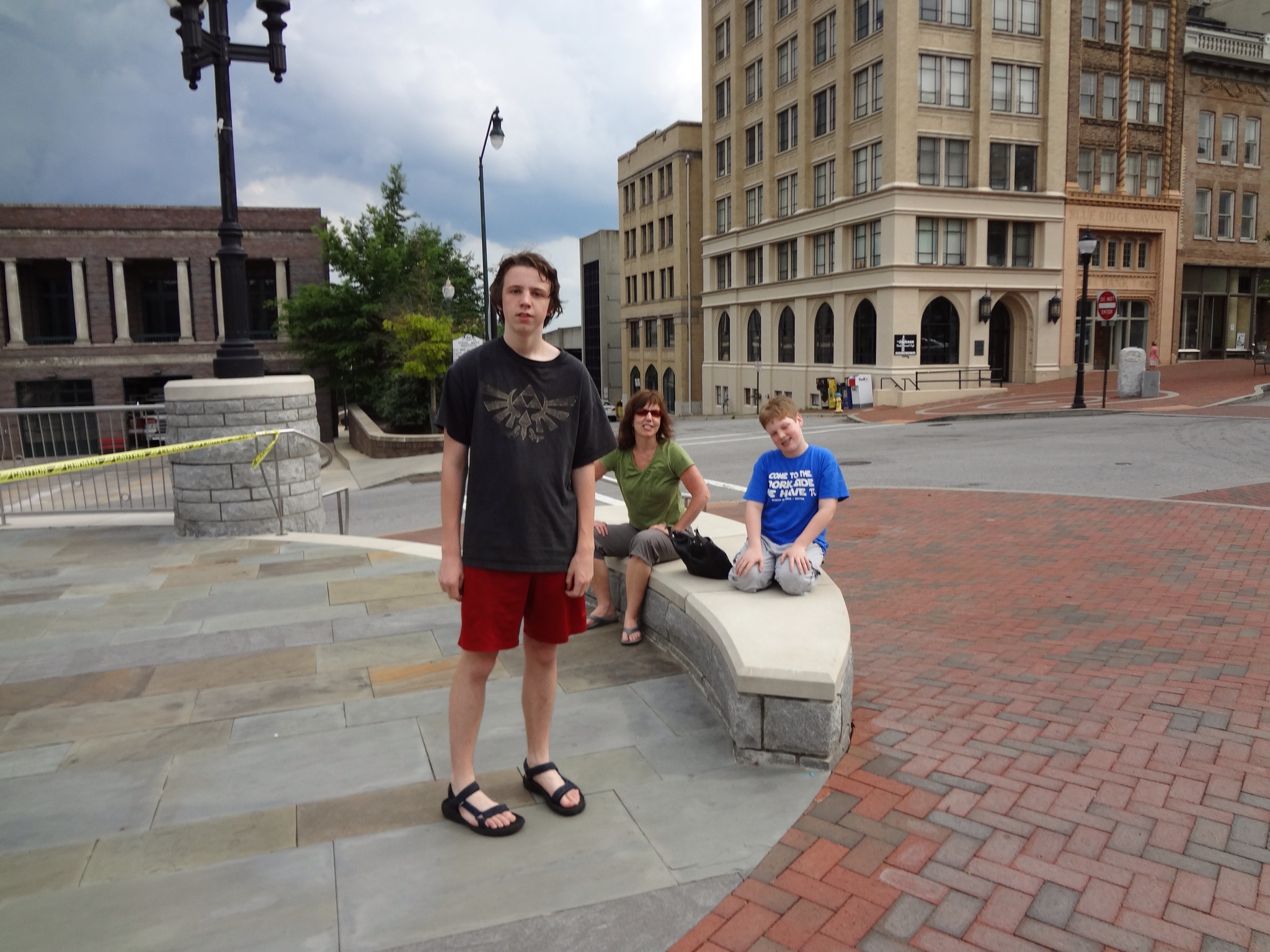 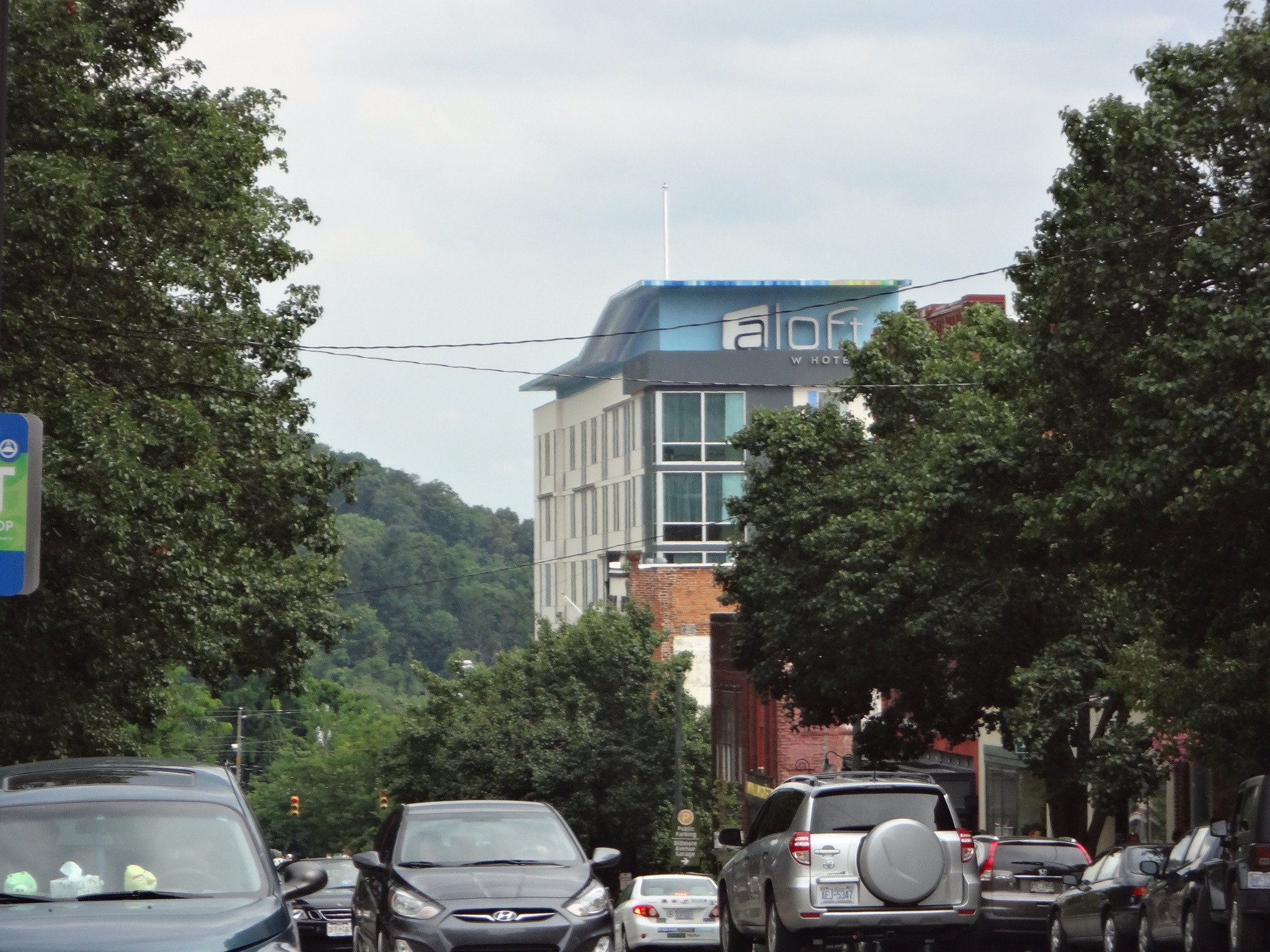 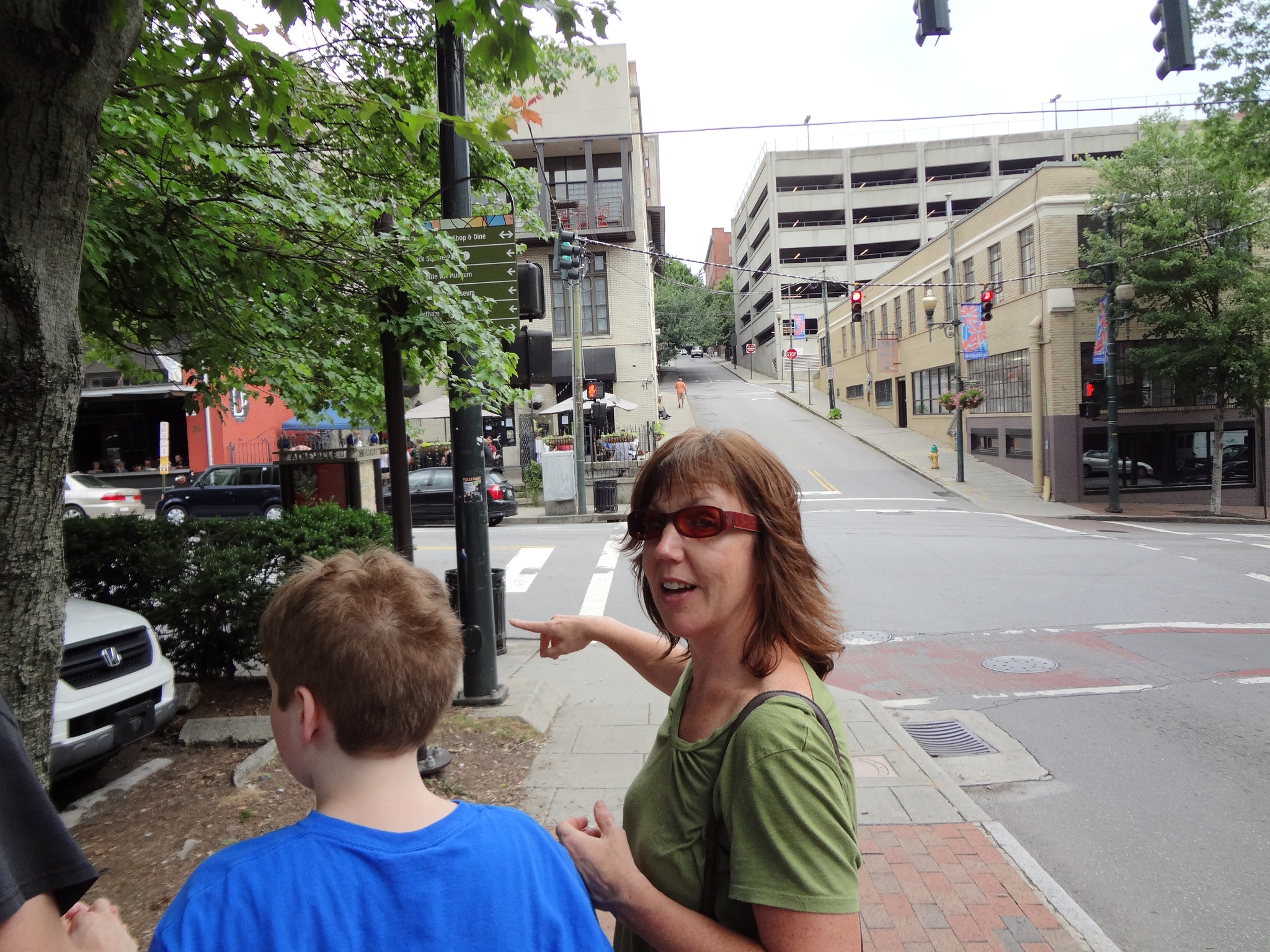 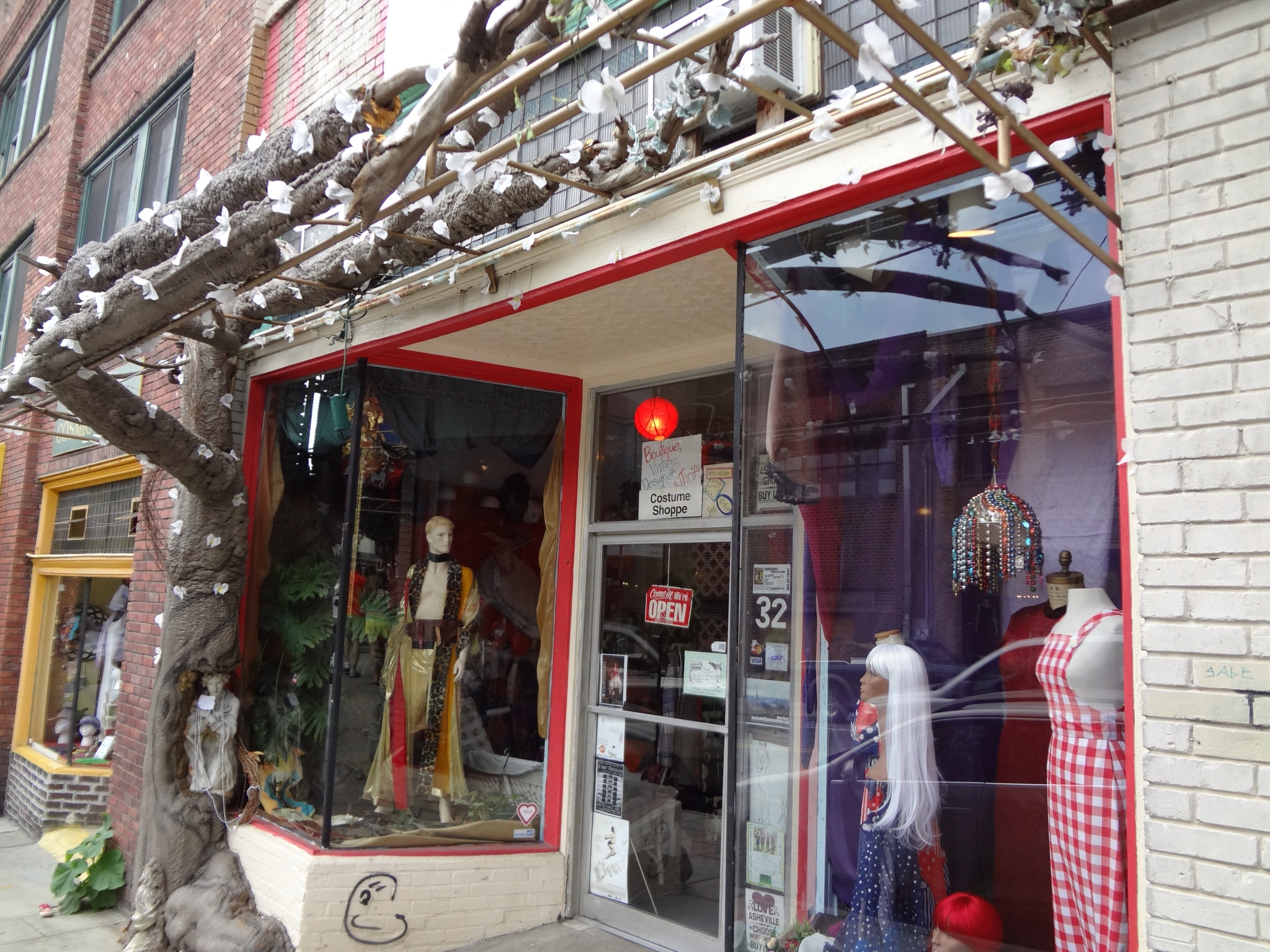 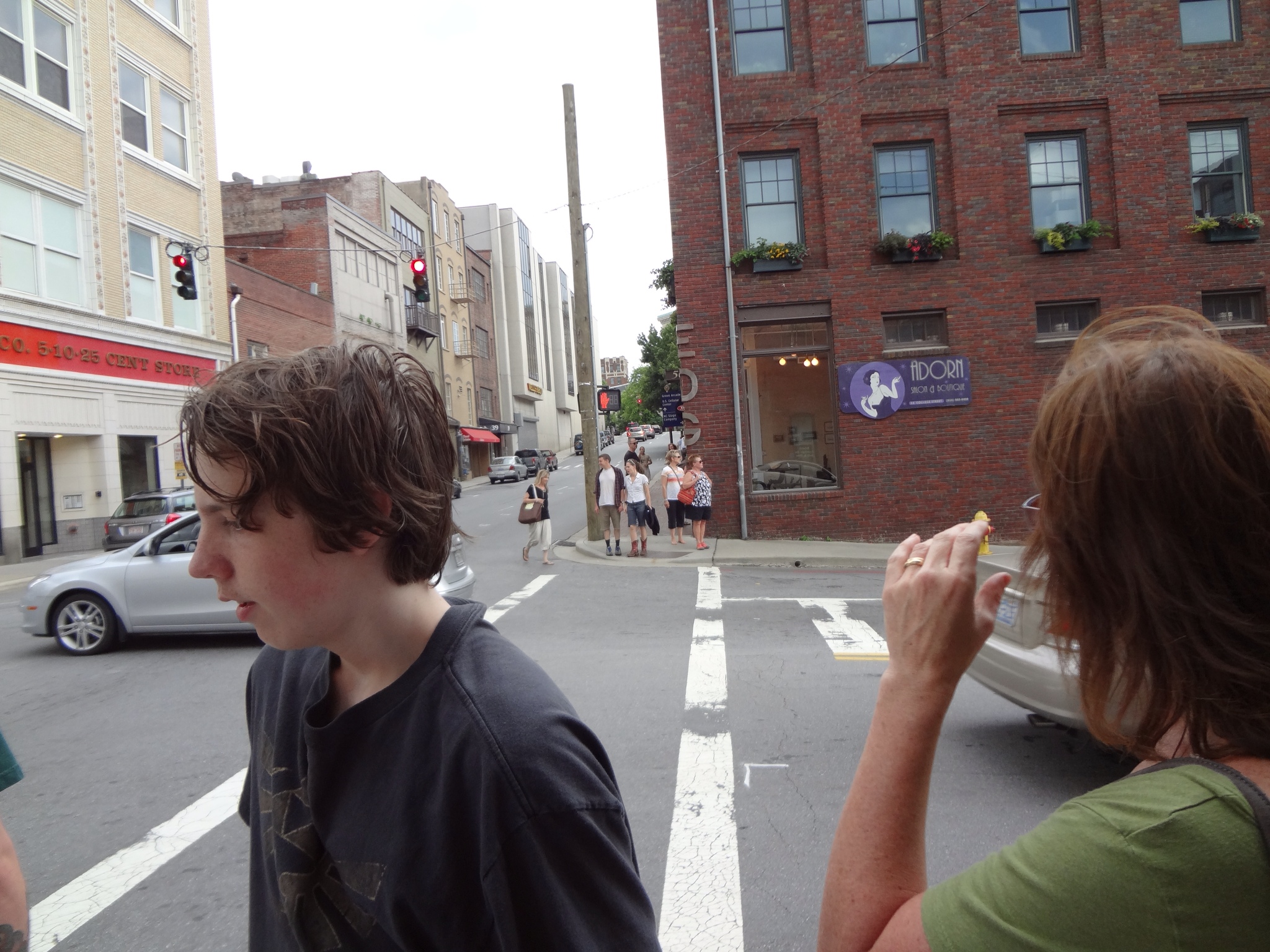 There were a lot of cool looking places to eat – we thought about the Tupelo Honey but we finally settled on a pizza restaurant that looked like it would appeal to the whole family. We didn't realize at the time that it's a chain in the South, but it's a good one anyway: 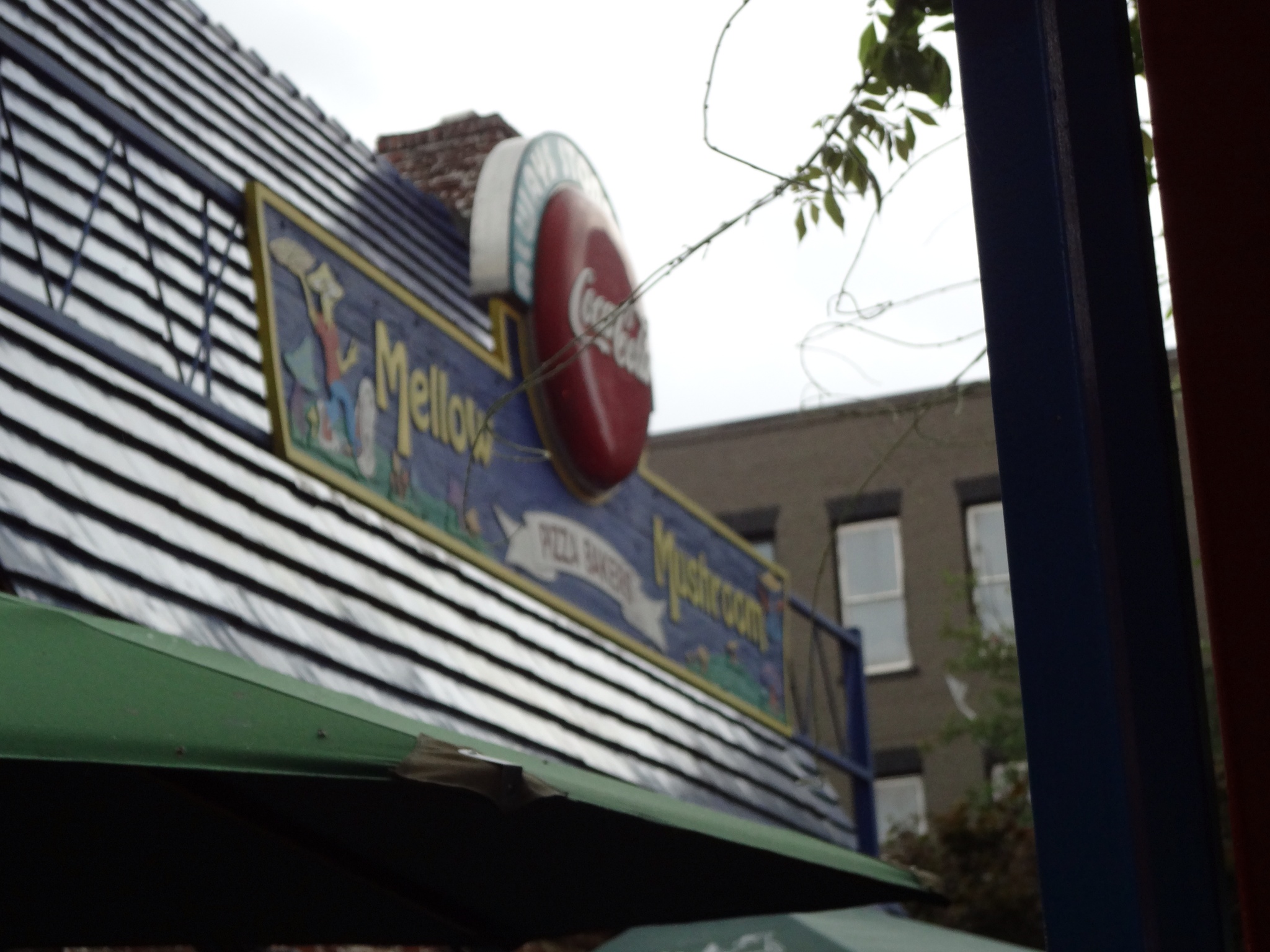 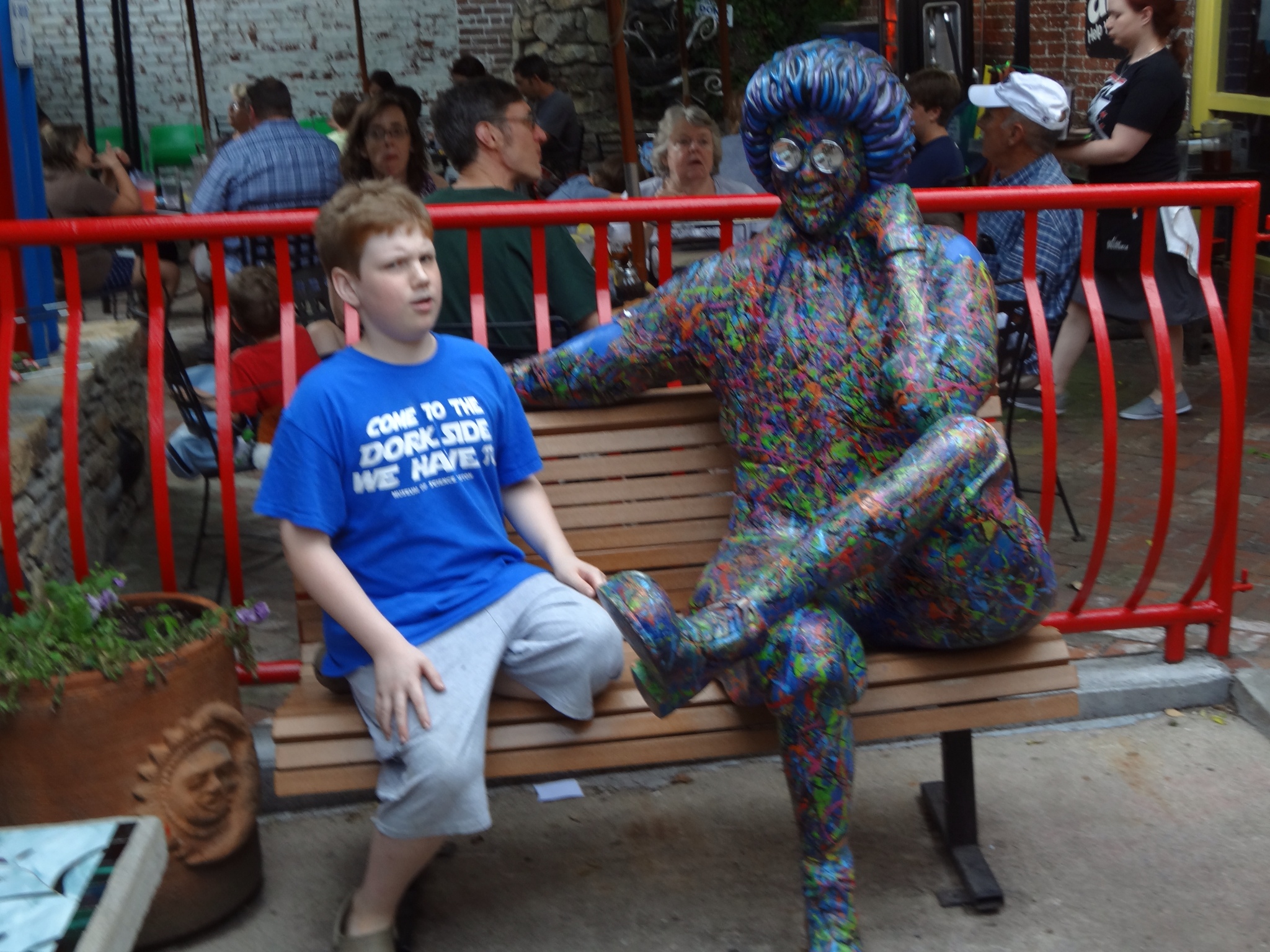 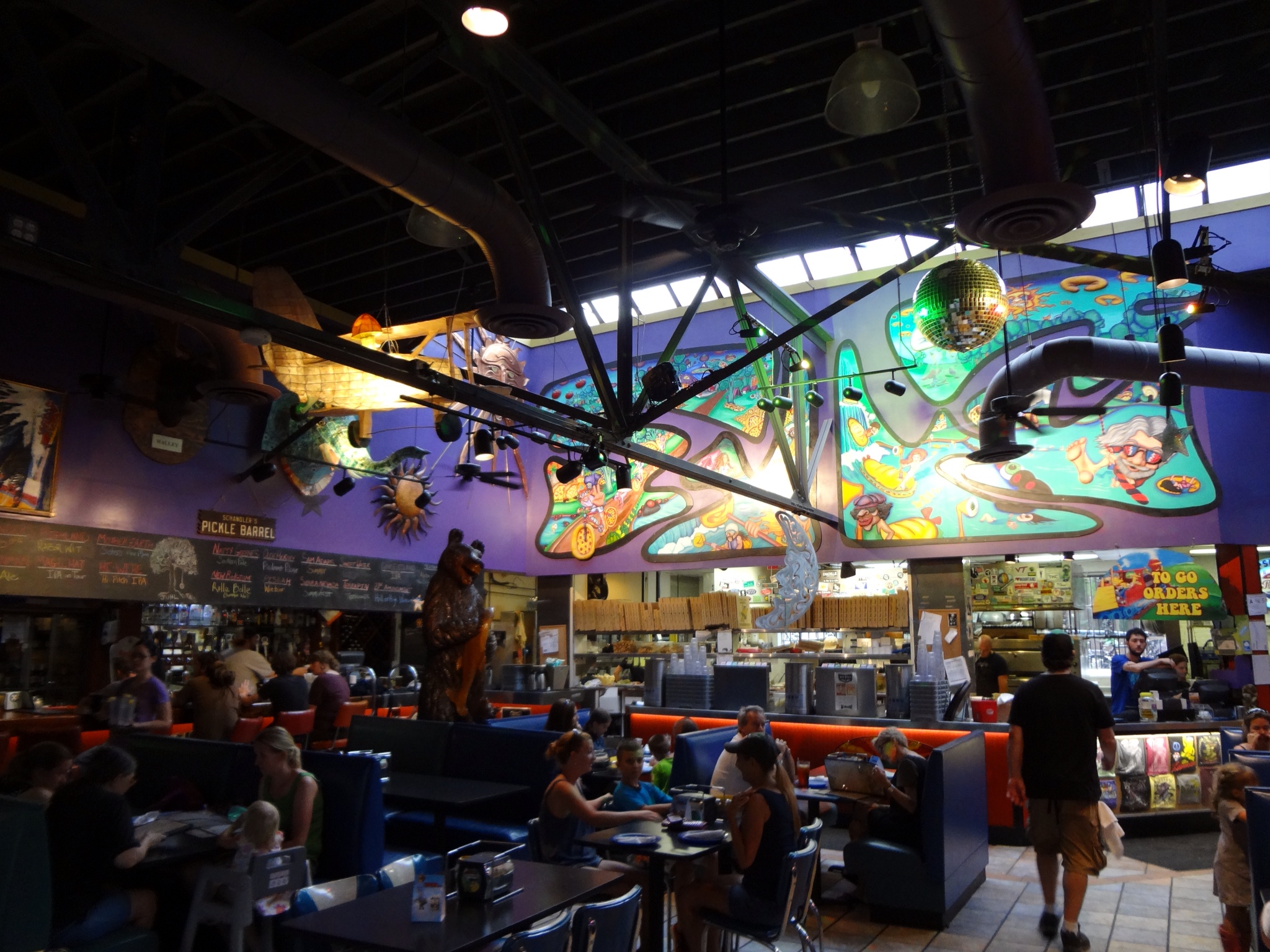 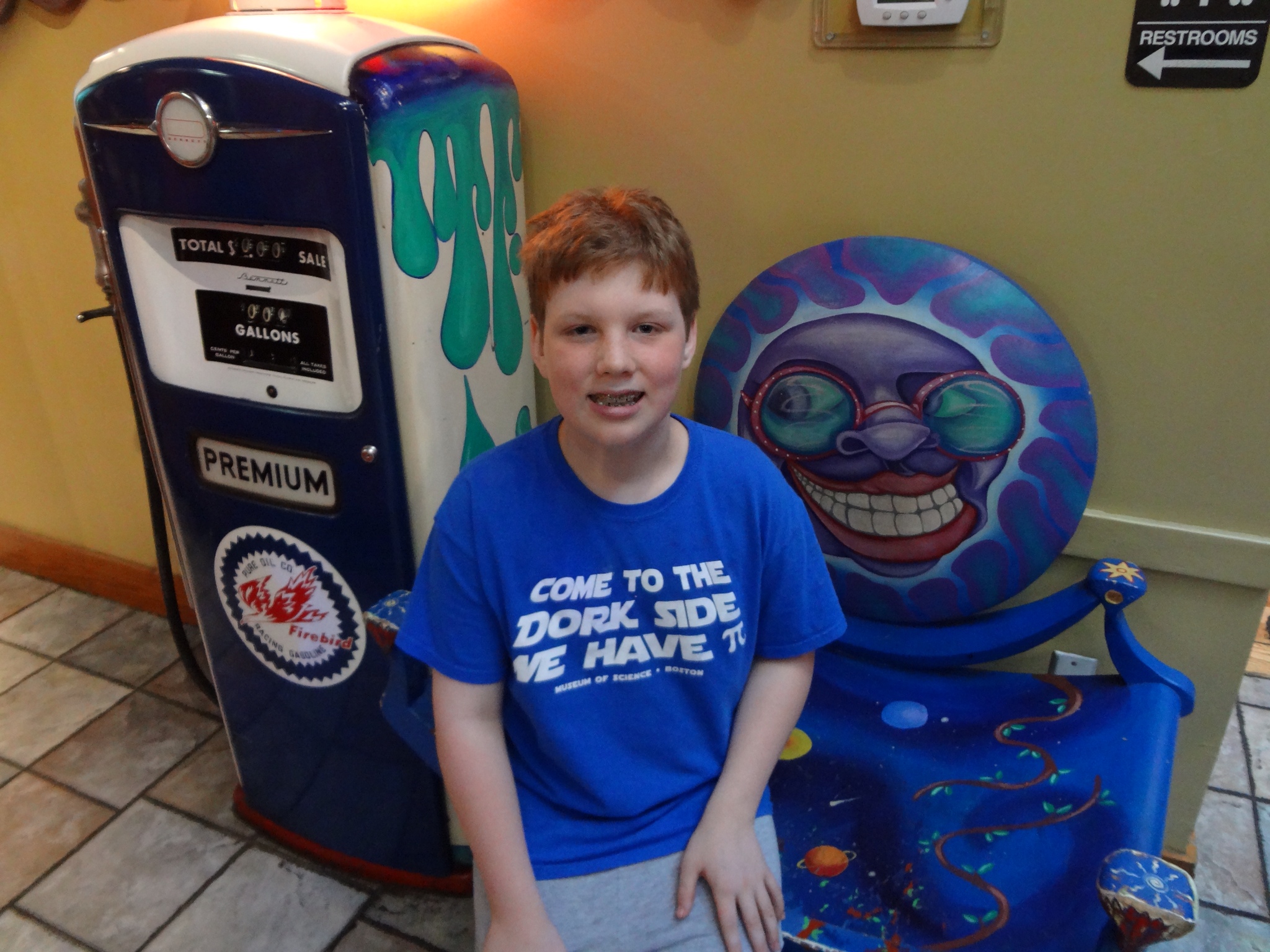 One of the draws for Rebecca and me was the outdoor seating area. It was overcast and felt a little like it might drizzle, and the kids wanted to eat inside but I told them that it would be fine. We had fun looking through the menu and checking out the funky displays inside and outside of the restaurant. Just before our food arrived however it started raining lightly, and then it opened up on us. Here we are before the deluge: 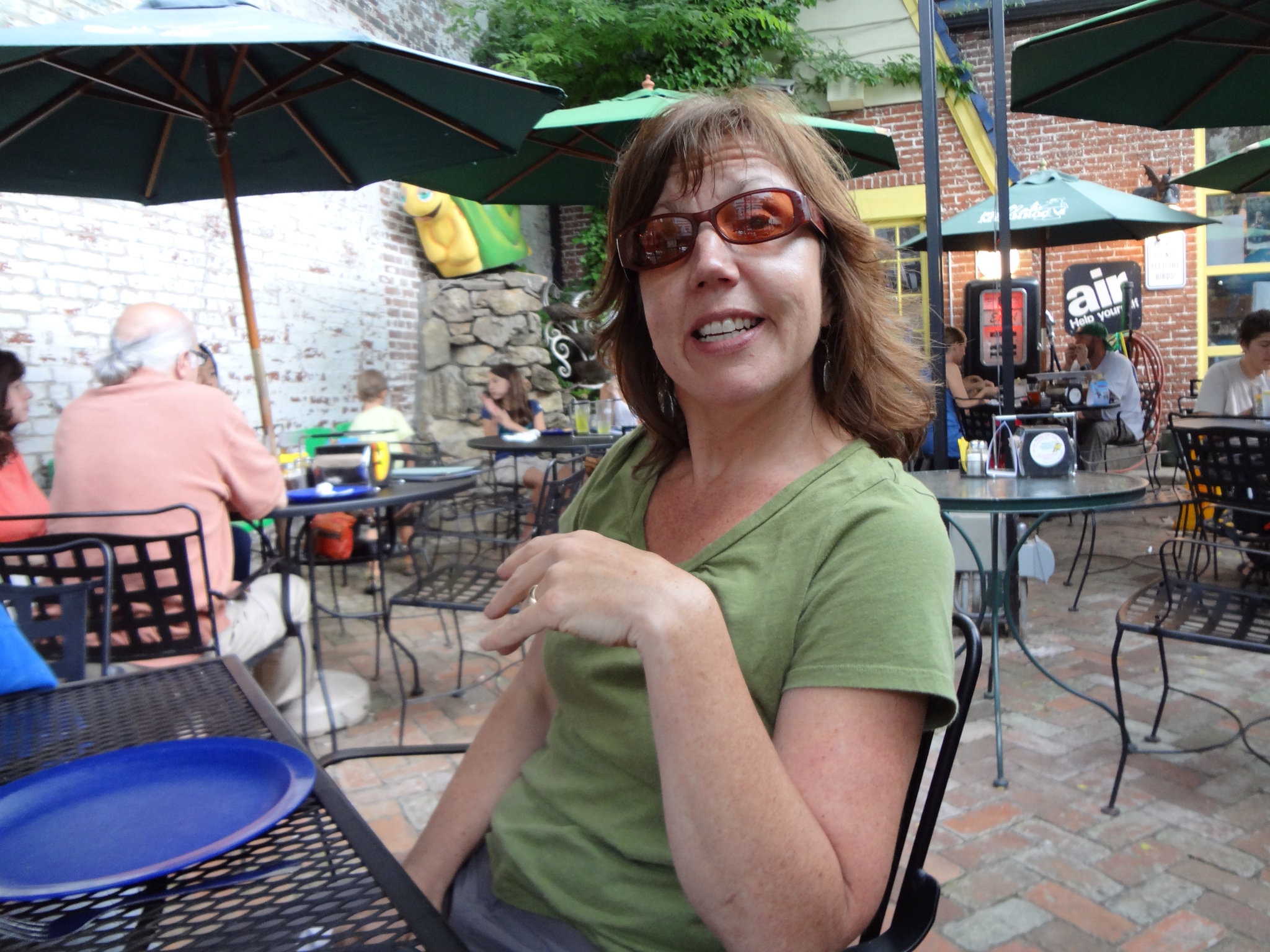 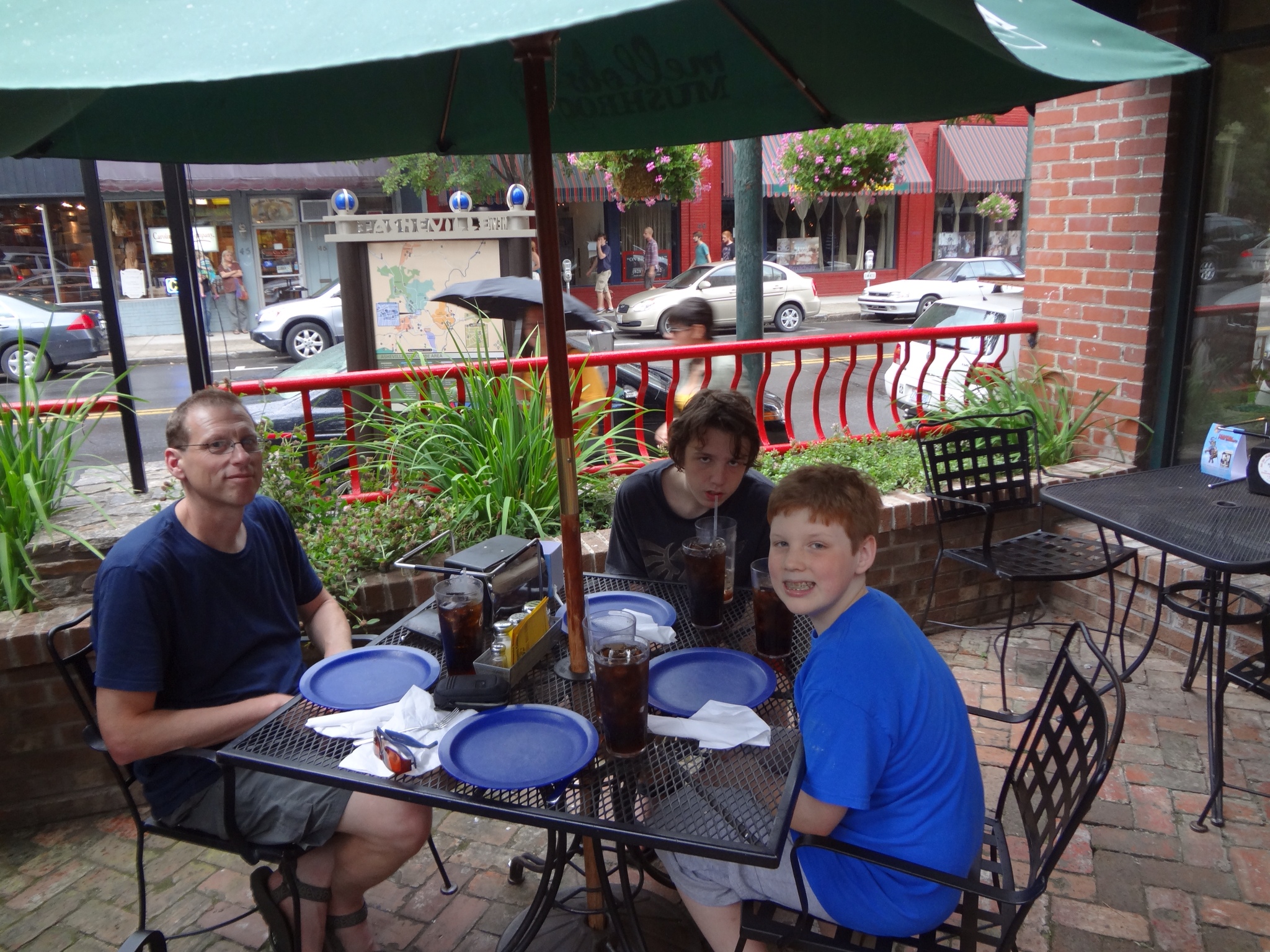 And afterward. The kids are saying: “We told you so!” At least we won the coveted “bravest family” award from the Mellow Mushroom wait staff. 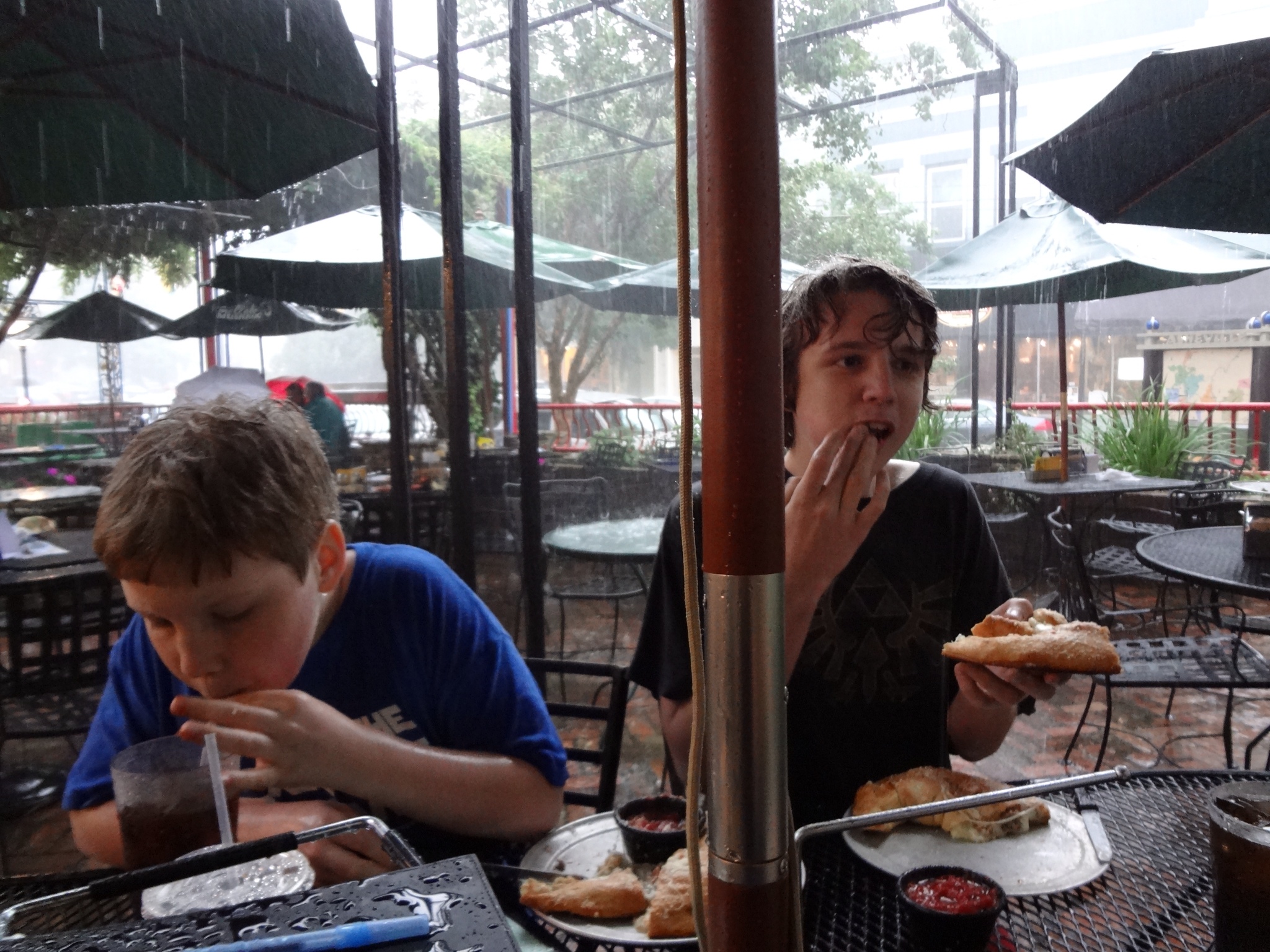 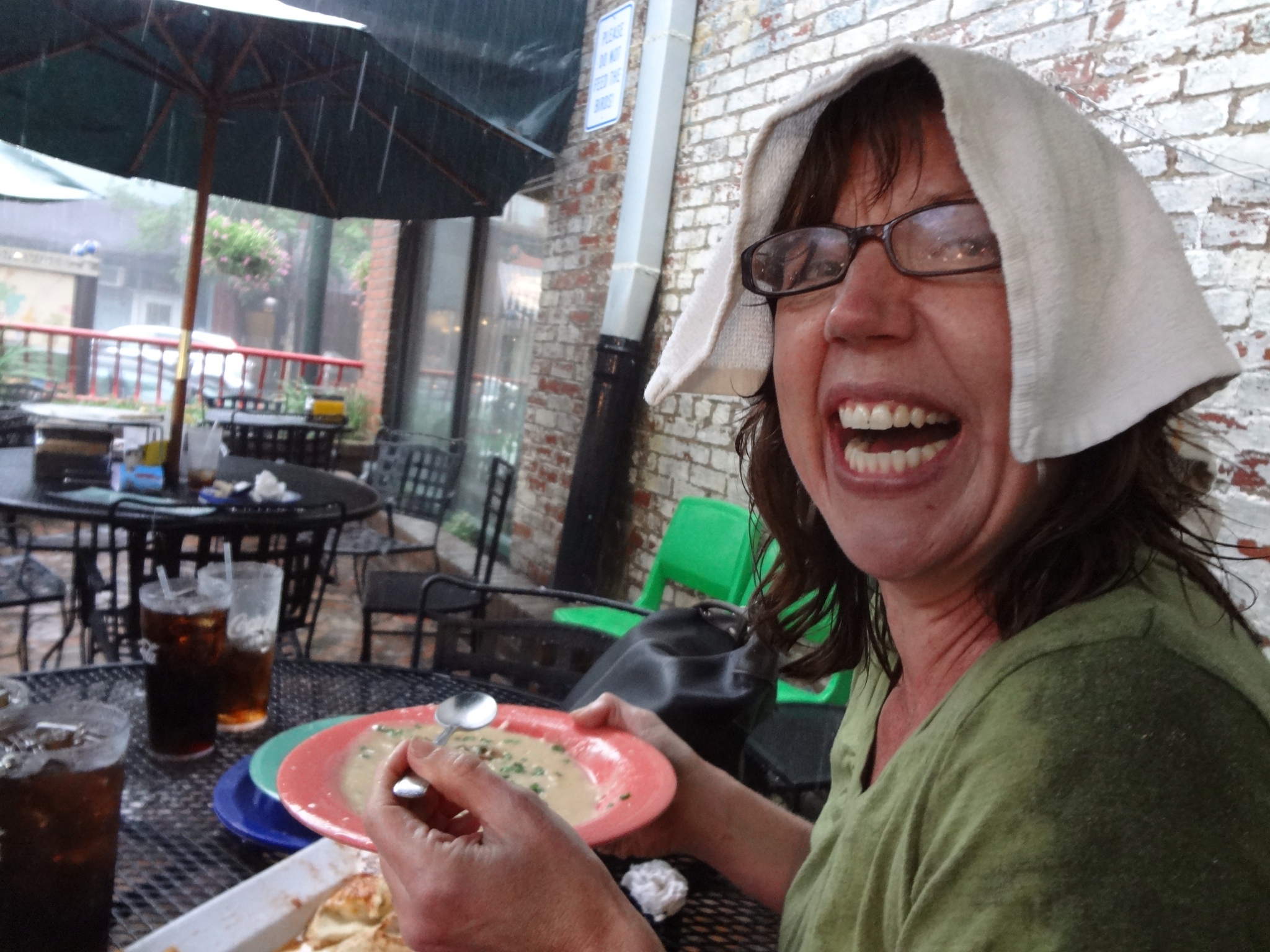 We got to the Asheville West KOA around 7:30 pm and had time for a quick walk around the grounds and a swim: 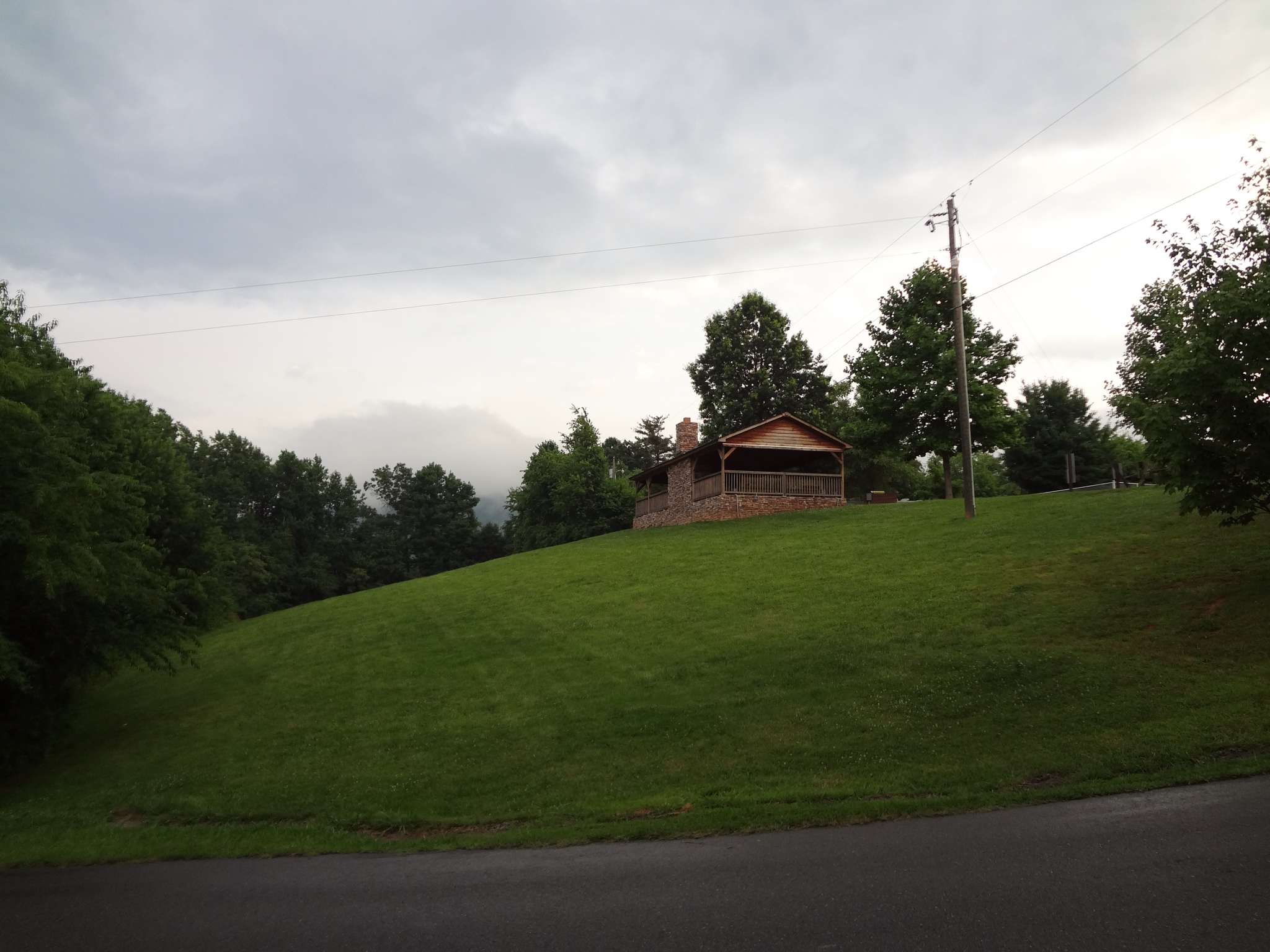 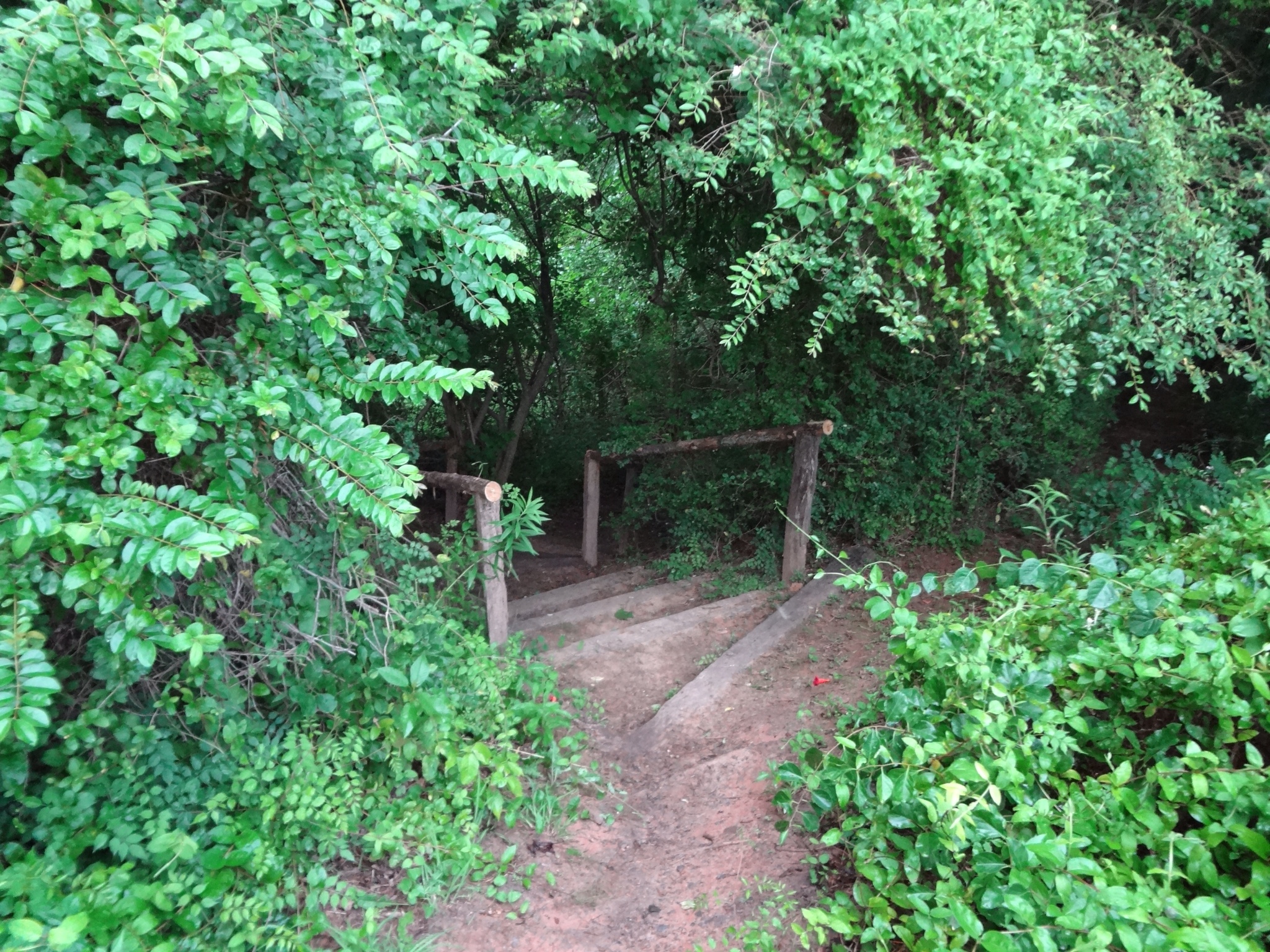 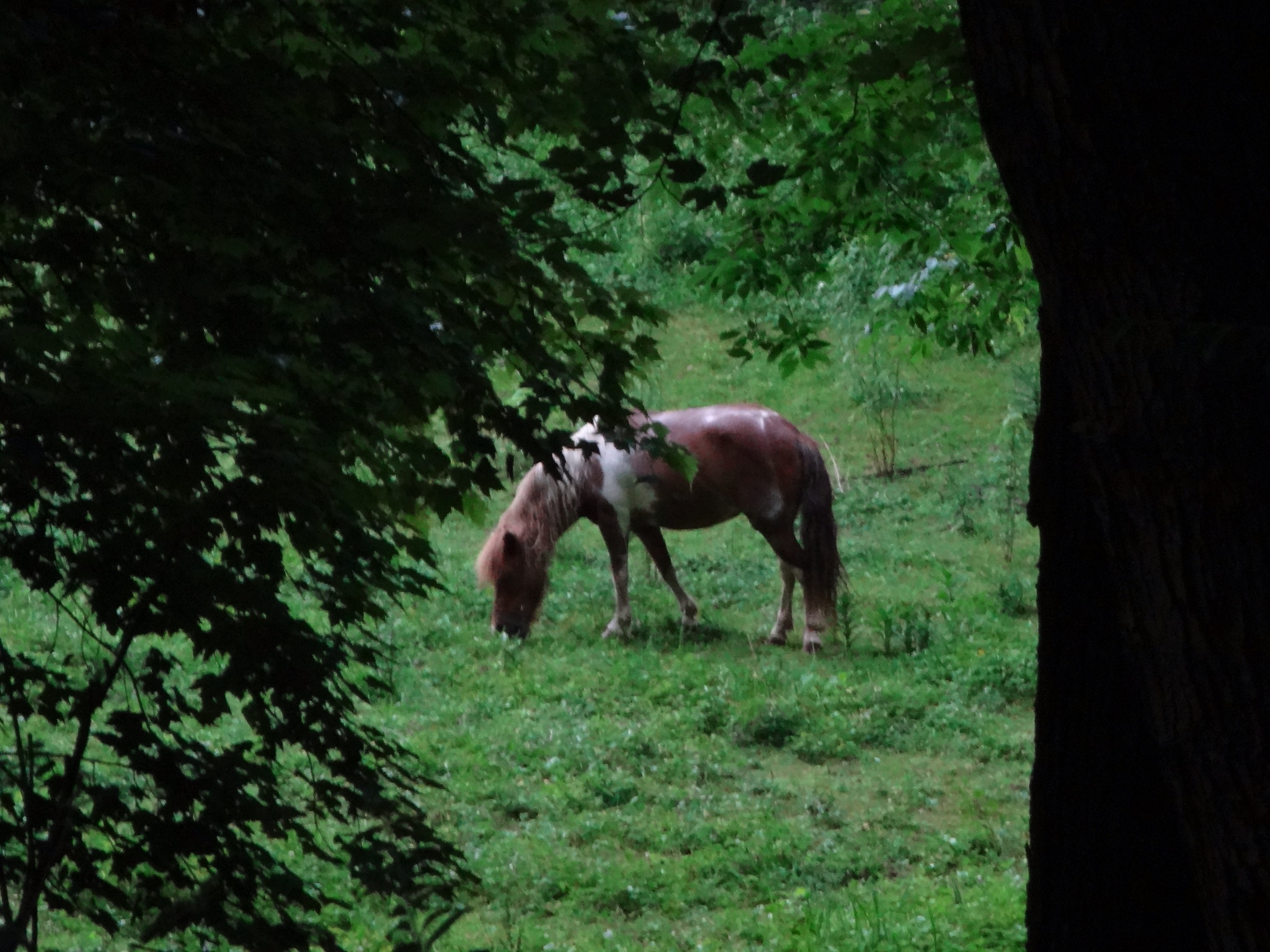 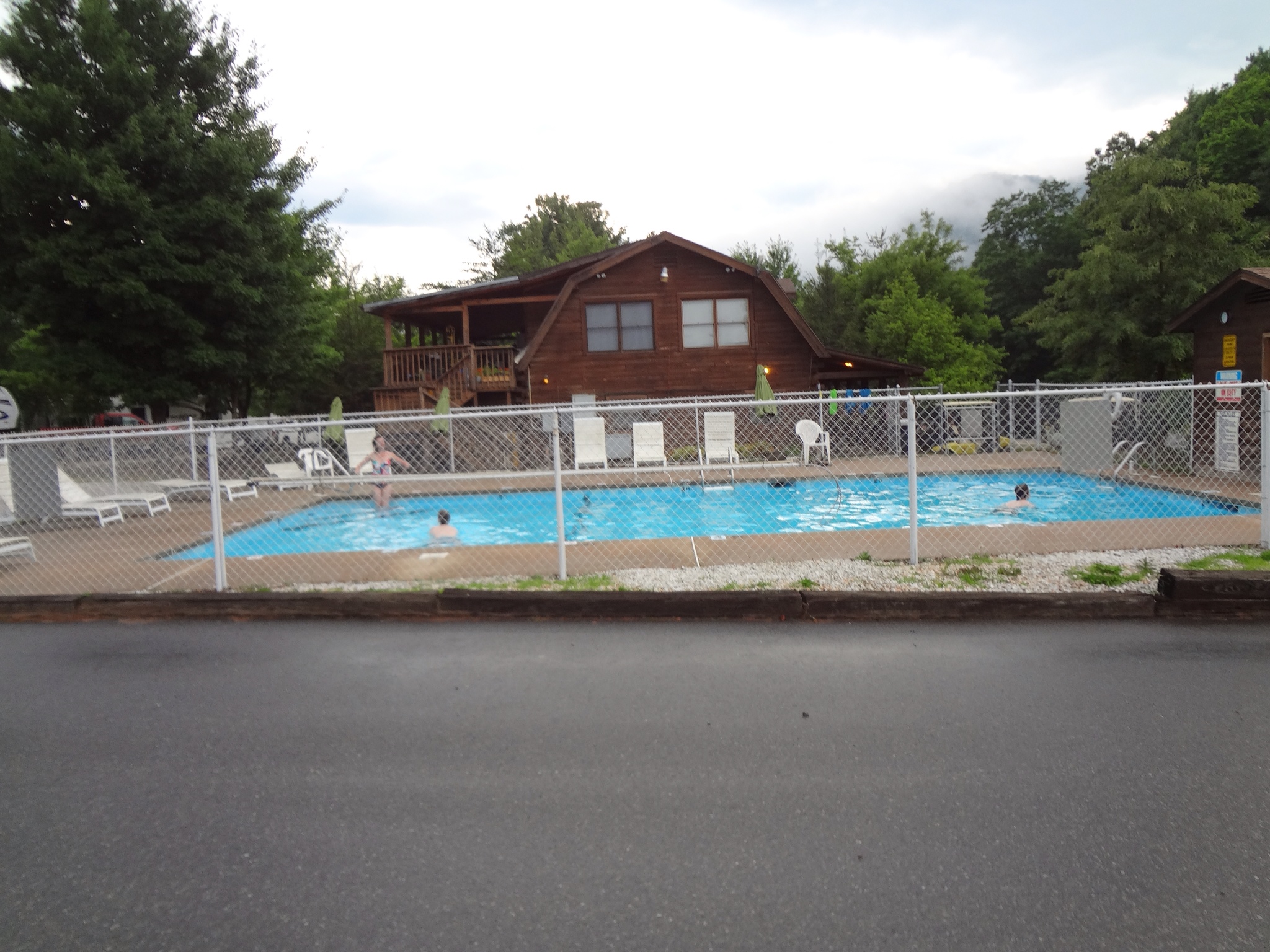 There was some calzones and pizza leftovers, and only a little soggy. 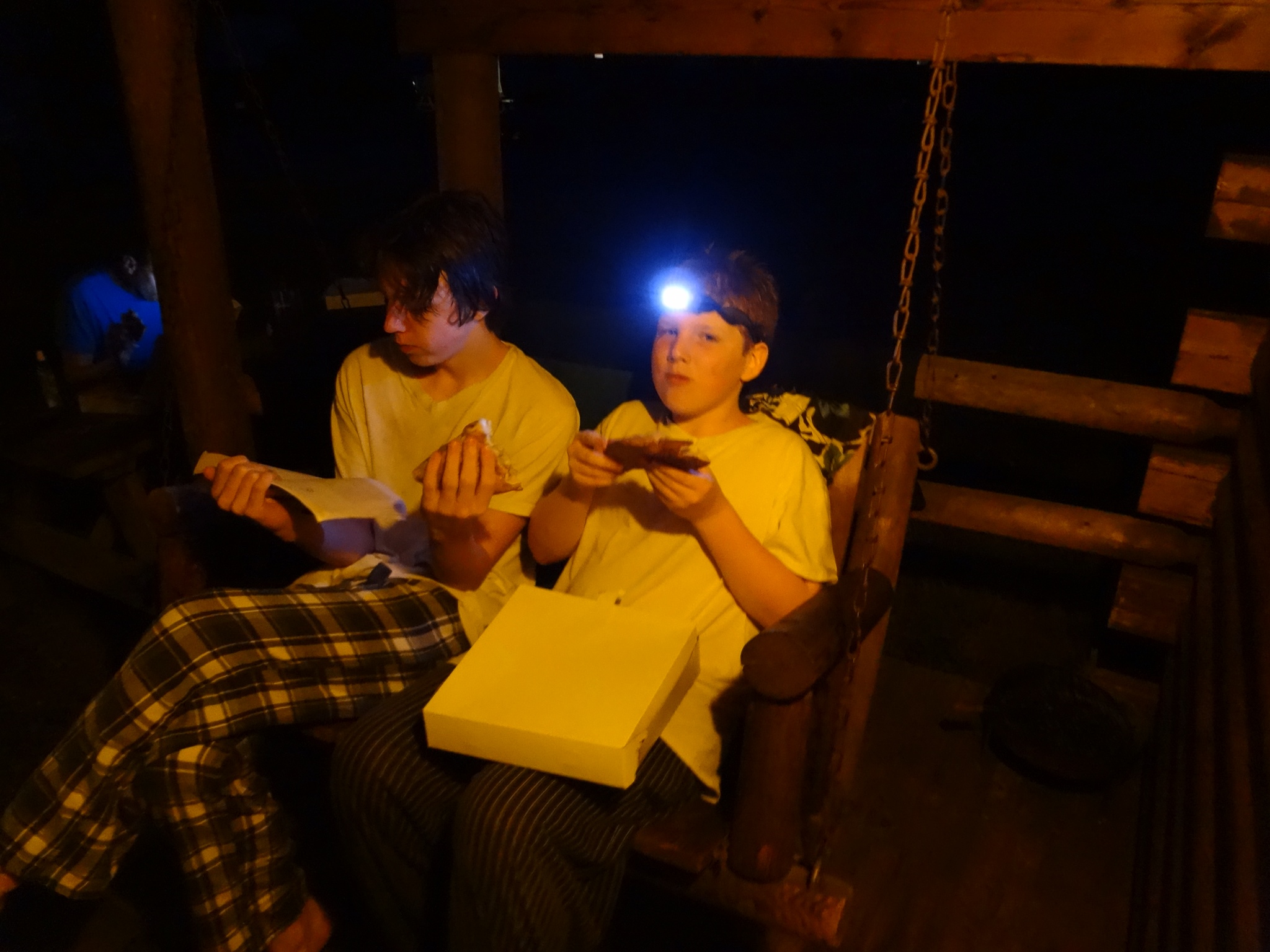 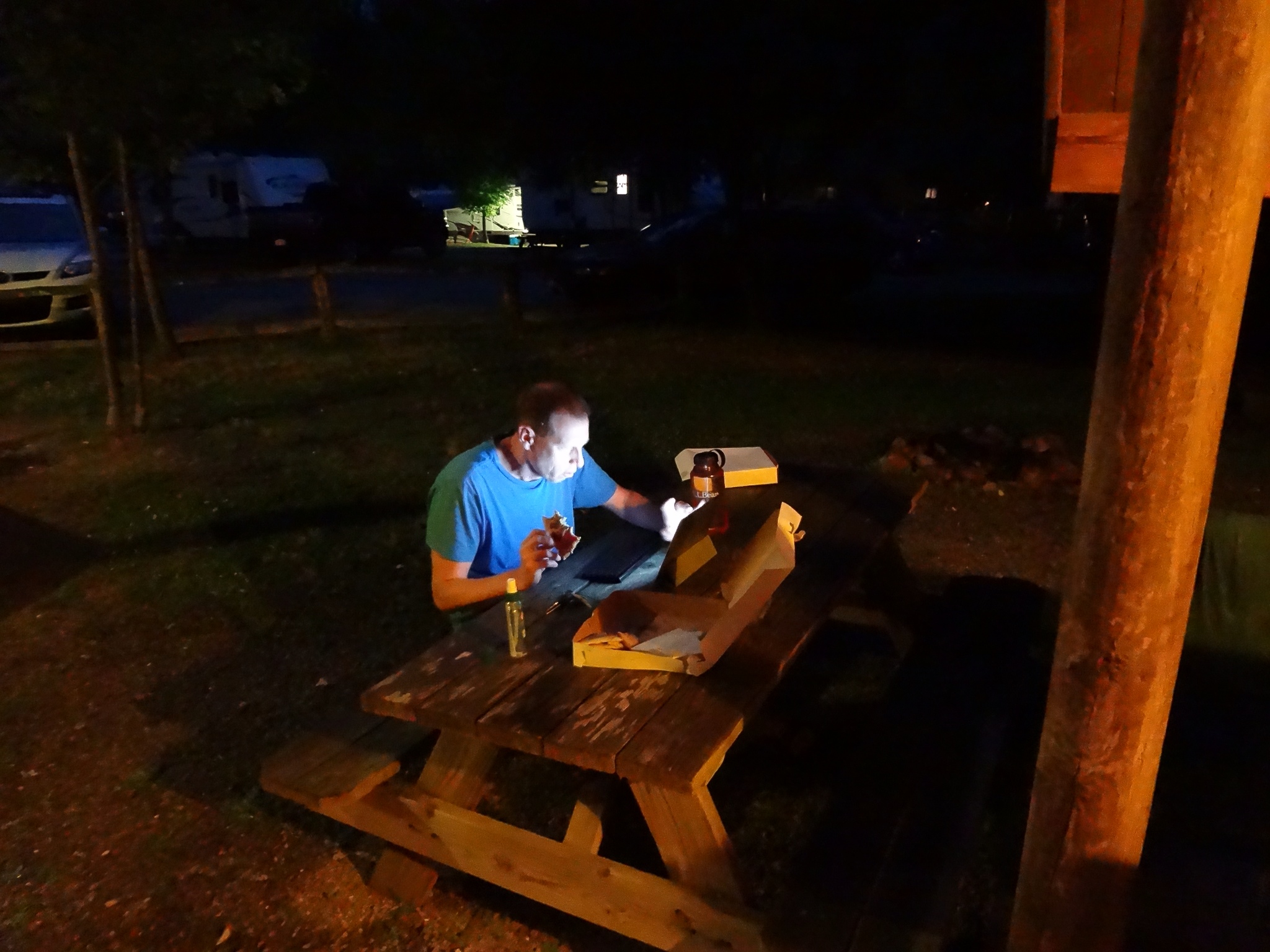