Today we woke up in the awesome Great Wolf Lodge. Toby was eager to get to the Magiquest game. Calvin was wavering a little but decided to join in. Both boys have done the game in Myrtle Beach a couple of times. The version at the hotel did not look as extensive, but they would have the luxury of playing as much as they liked. That turned out to be most of the day: 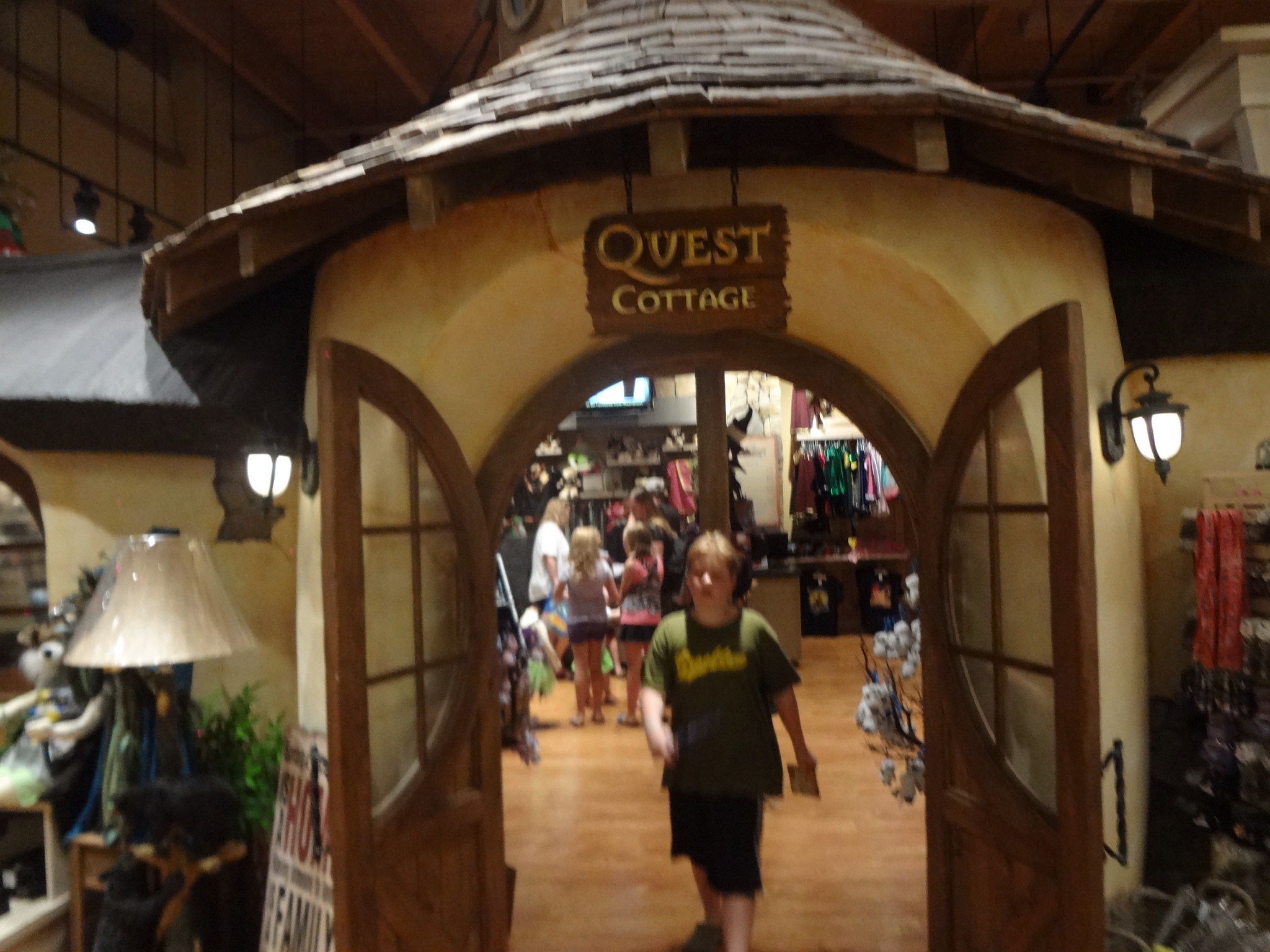 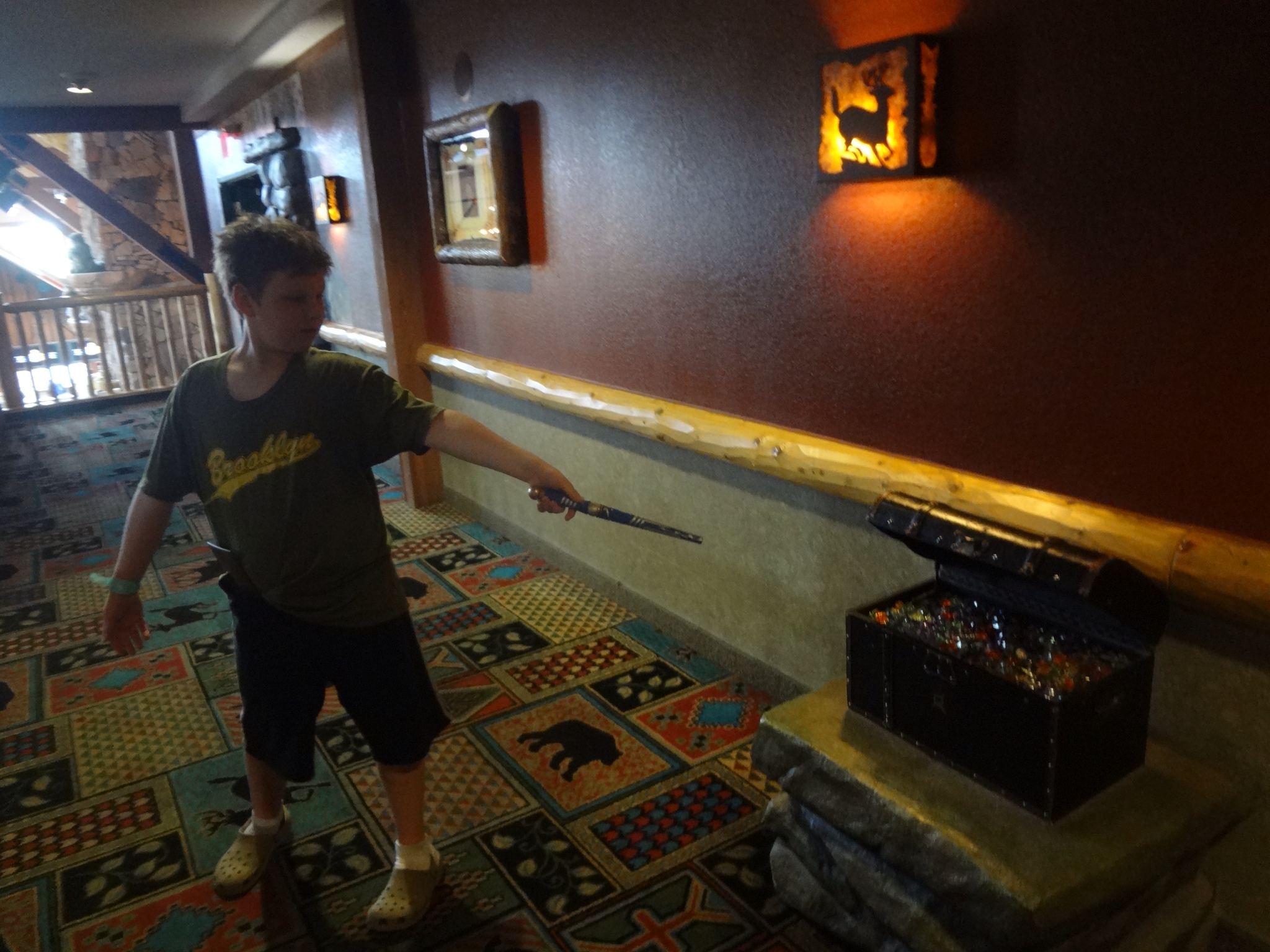 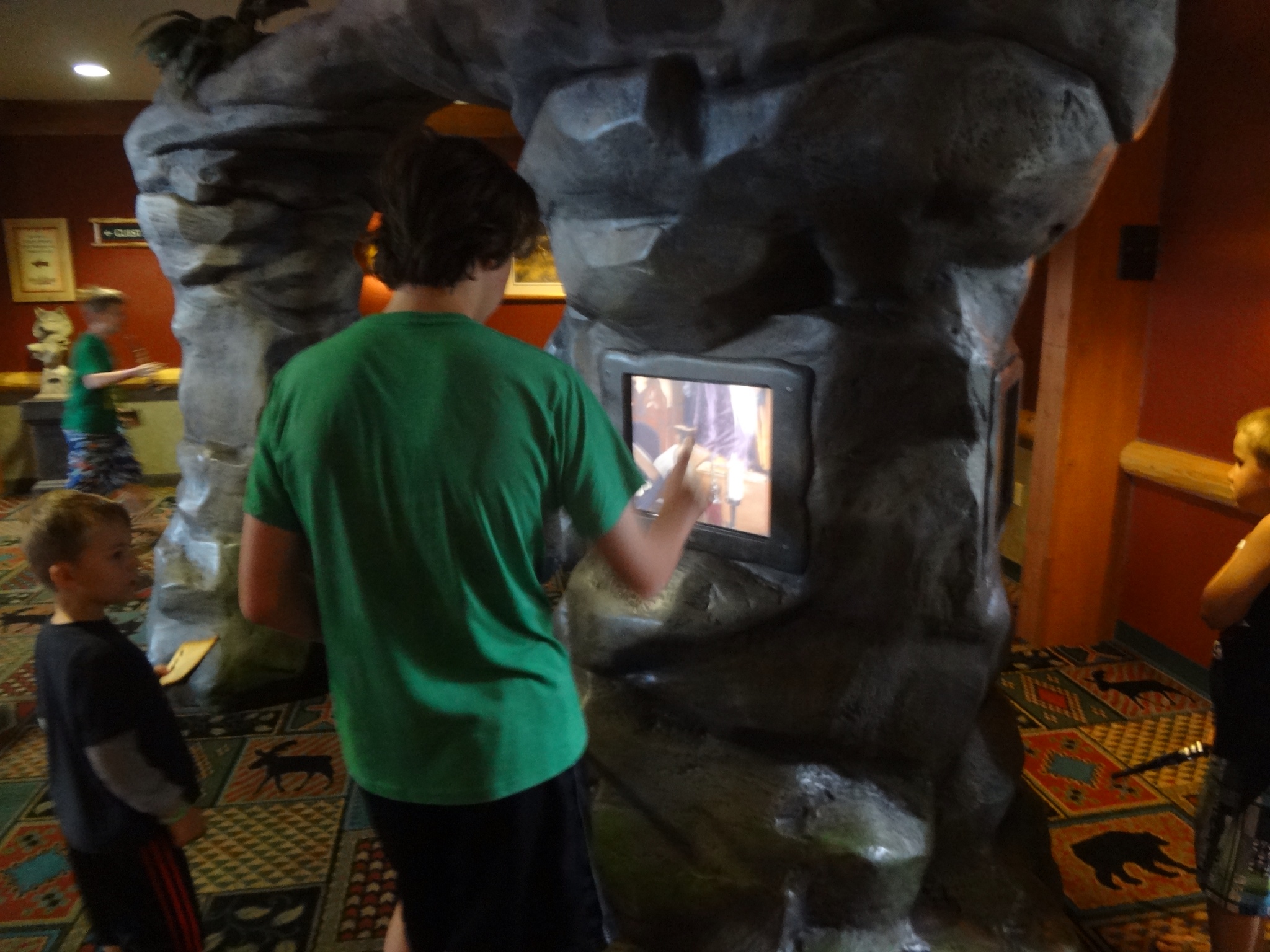 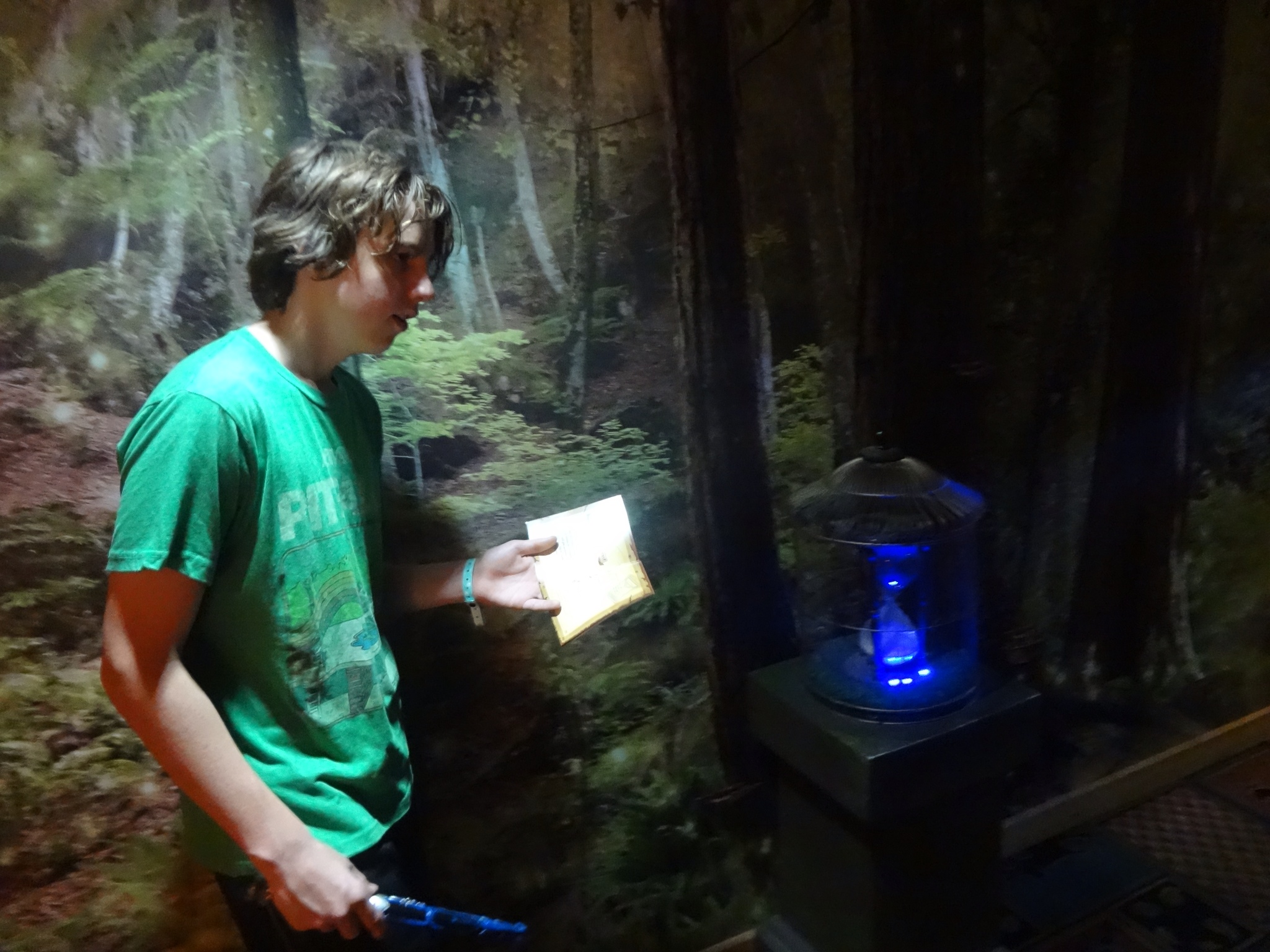 The boys ran around solving quests for several hours while Rebecca and I got caught up on our blog posts. In the afternoon we all took a break in the water park: 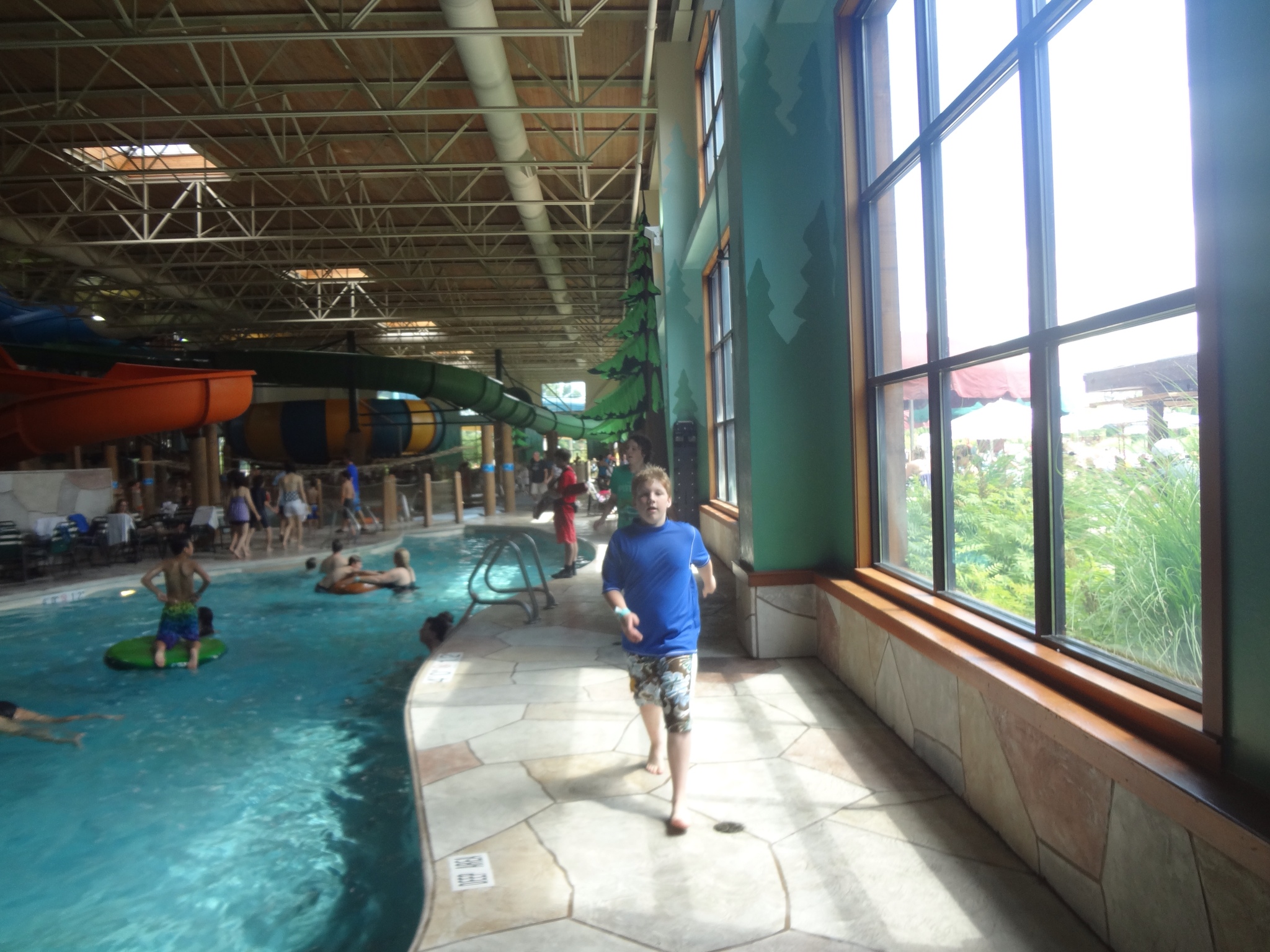 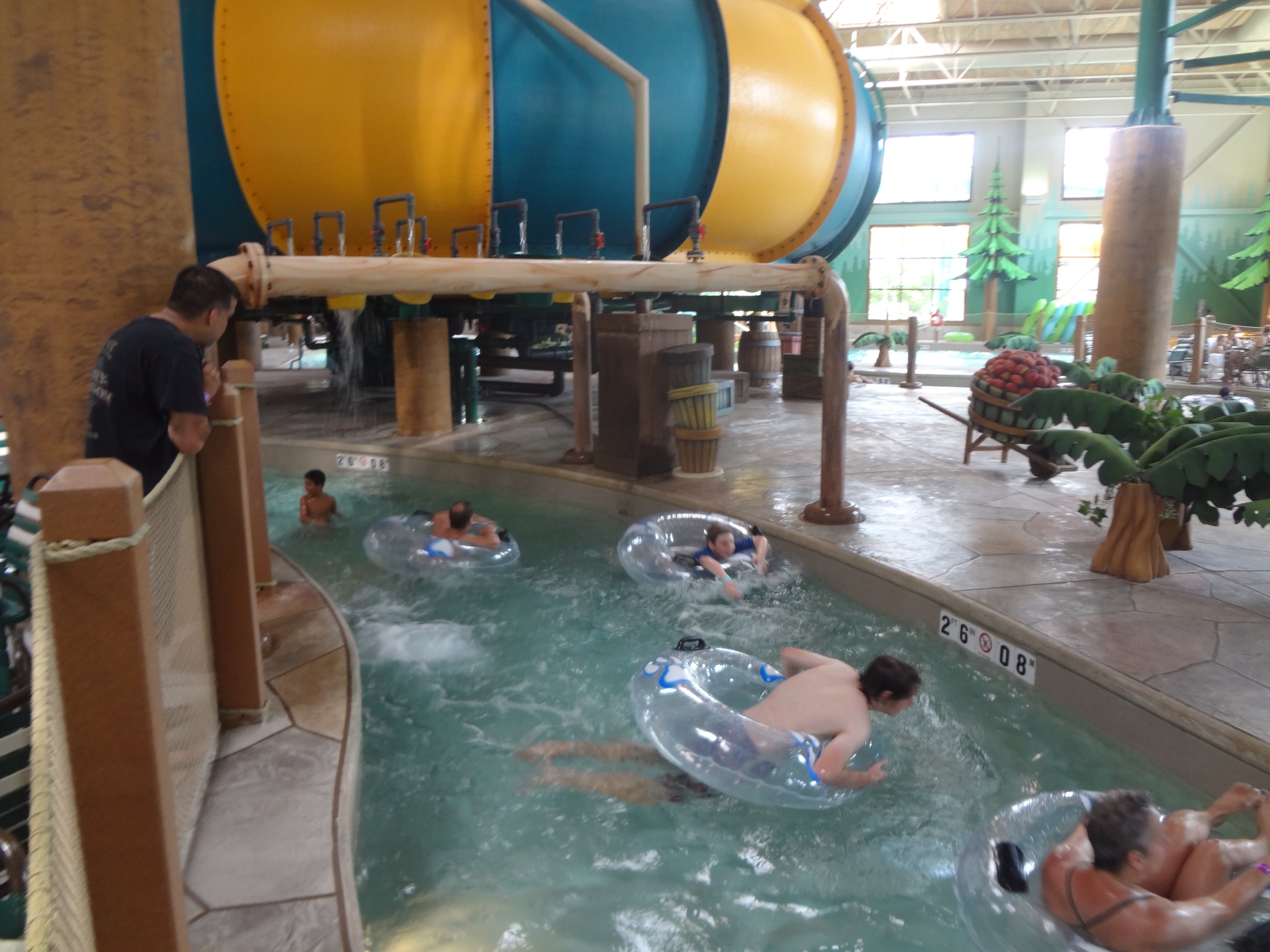 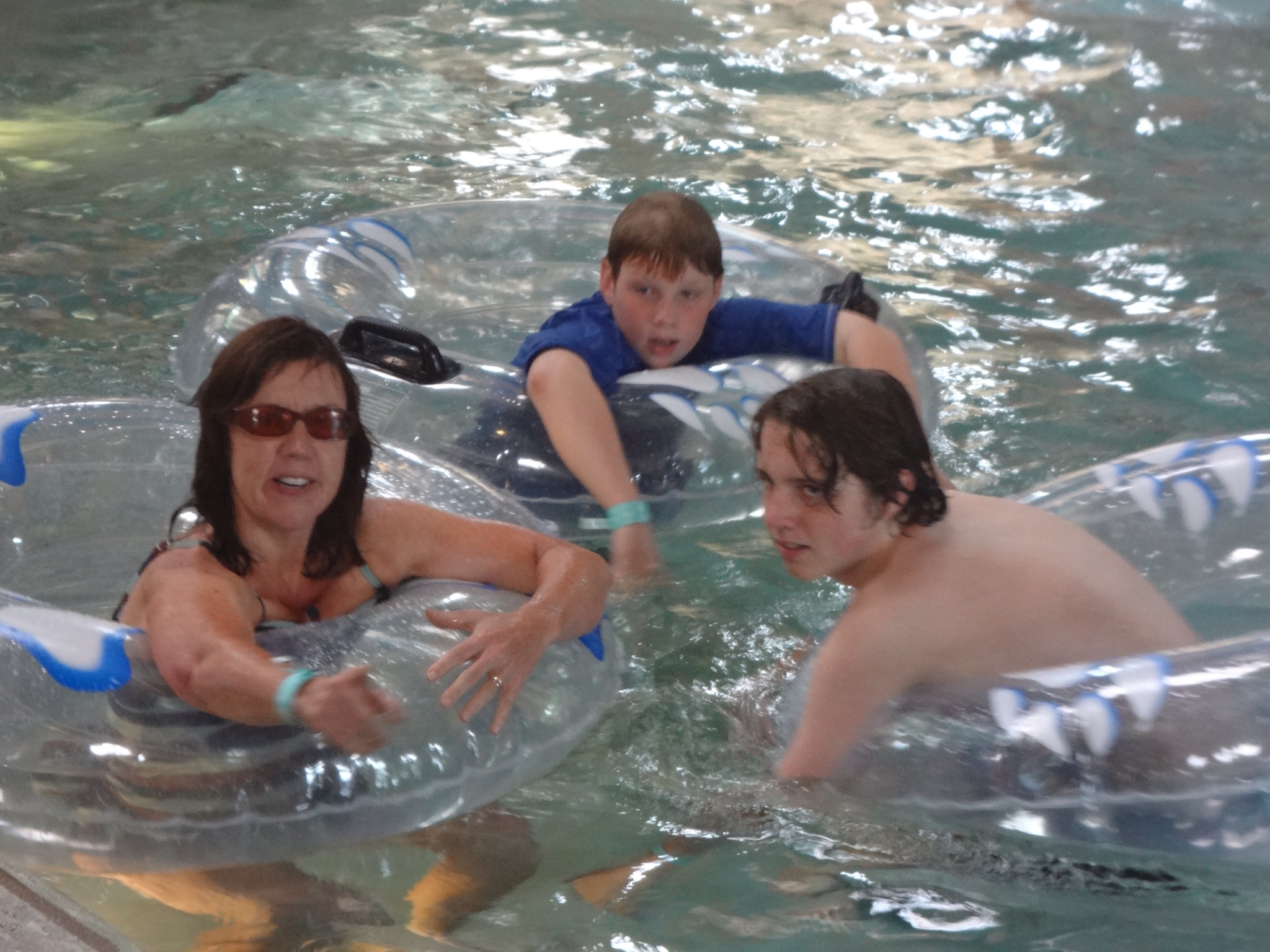 The park was pretty extensive, with a wave pool, 5-6 slides, a fort, and a lazy river among other things: 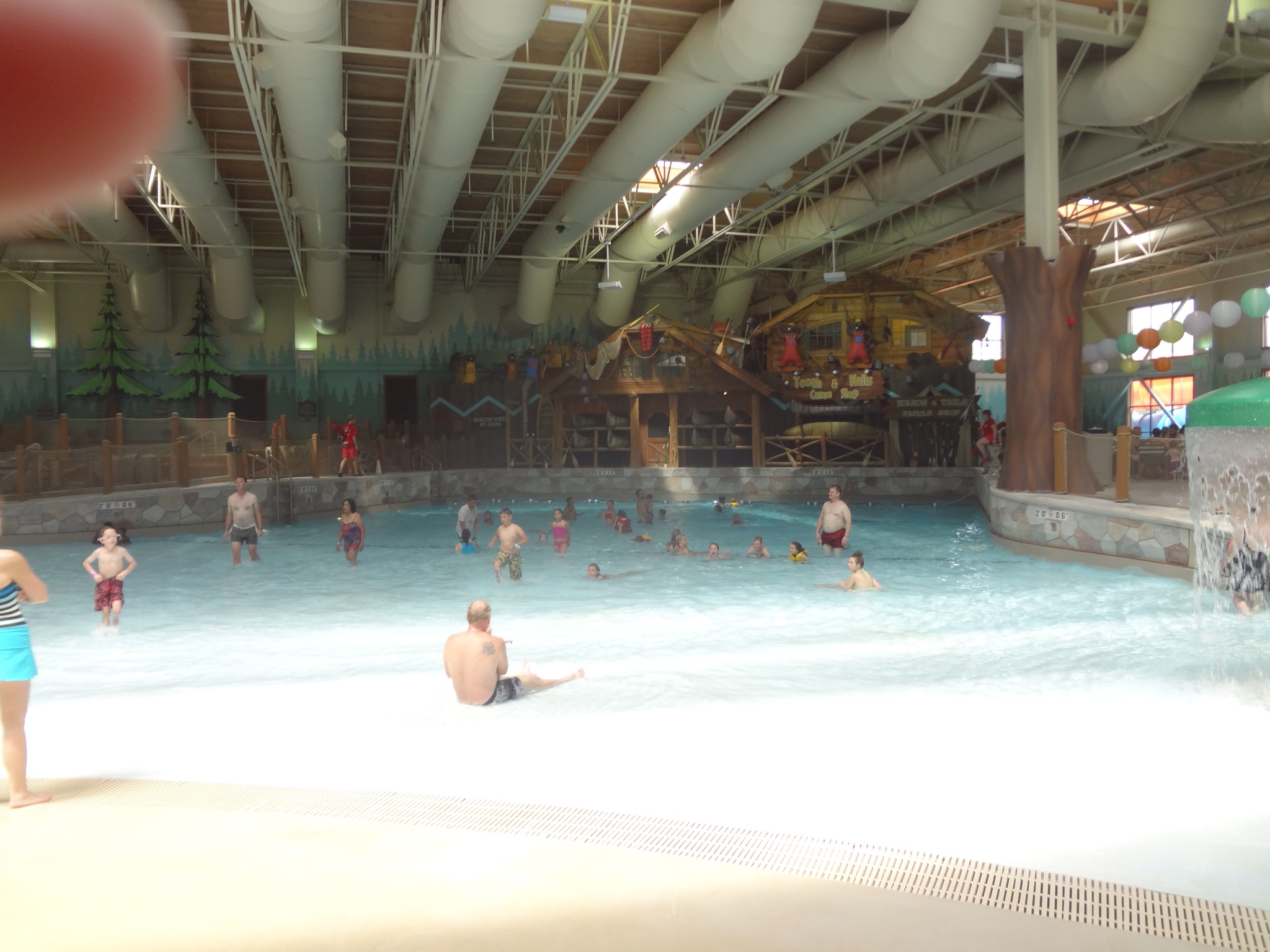 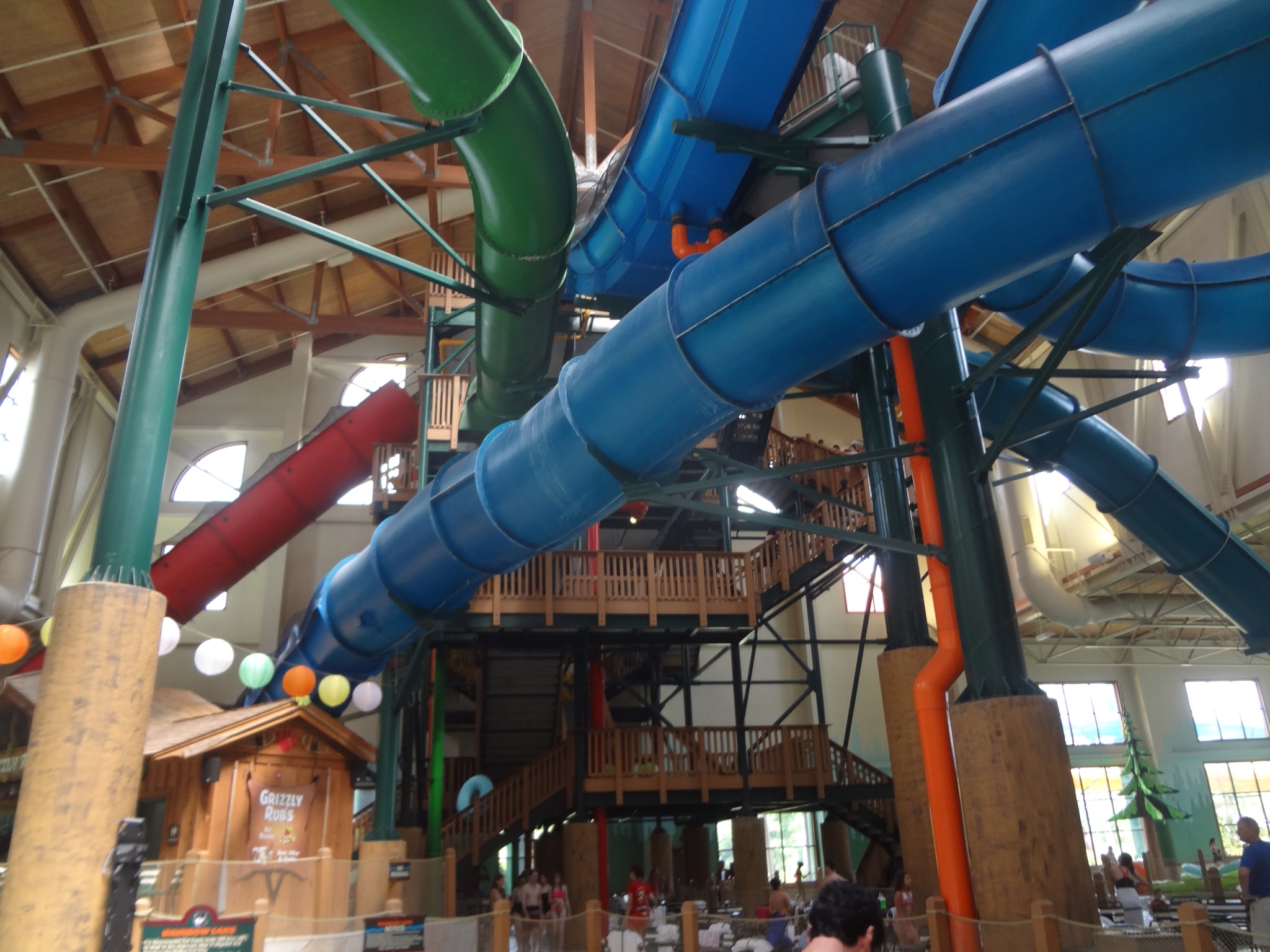 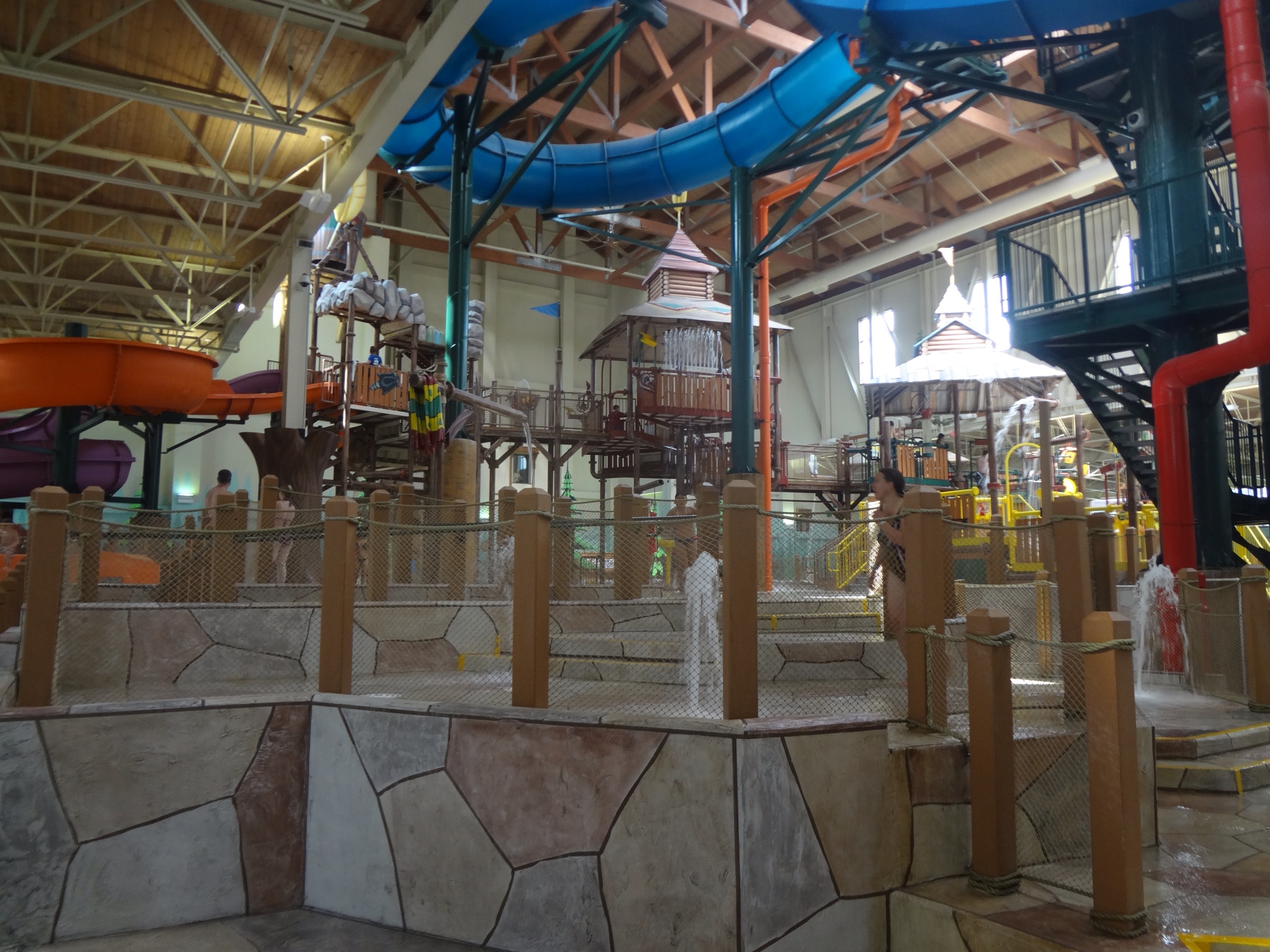 After swimming and lunch the kids returned to the quest. The Lodge provides wrist bands rather than room keys, so they were able to come and go as they wanted. We snuck down to the lobby area a couple of times to watch them. The game had them criss-crossing three floors to complete each section of the game so they were getting a little sweaty and red-faced, but also totally engrossed and happy: 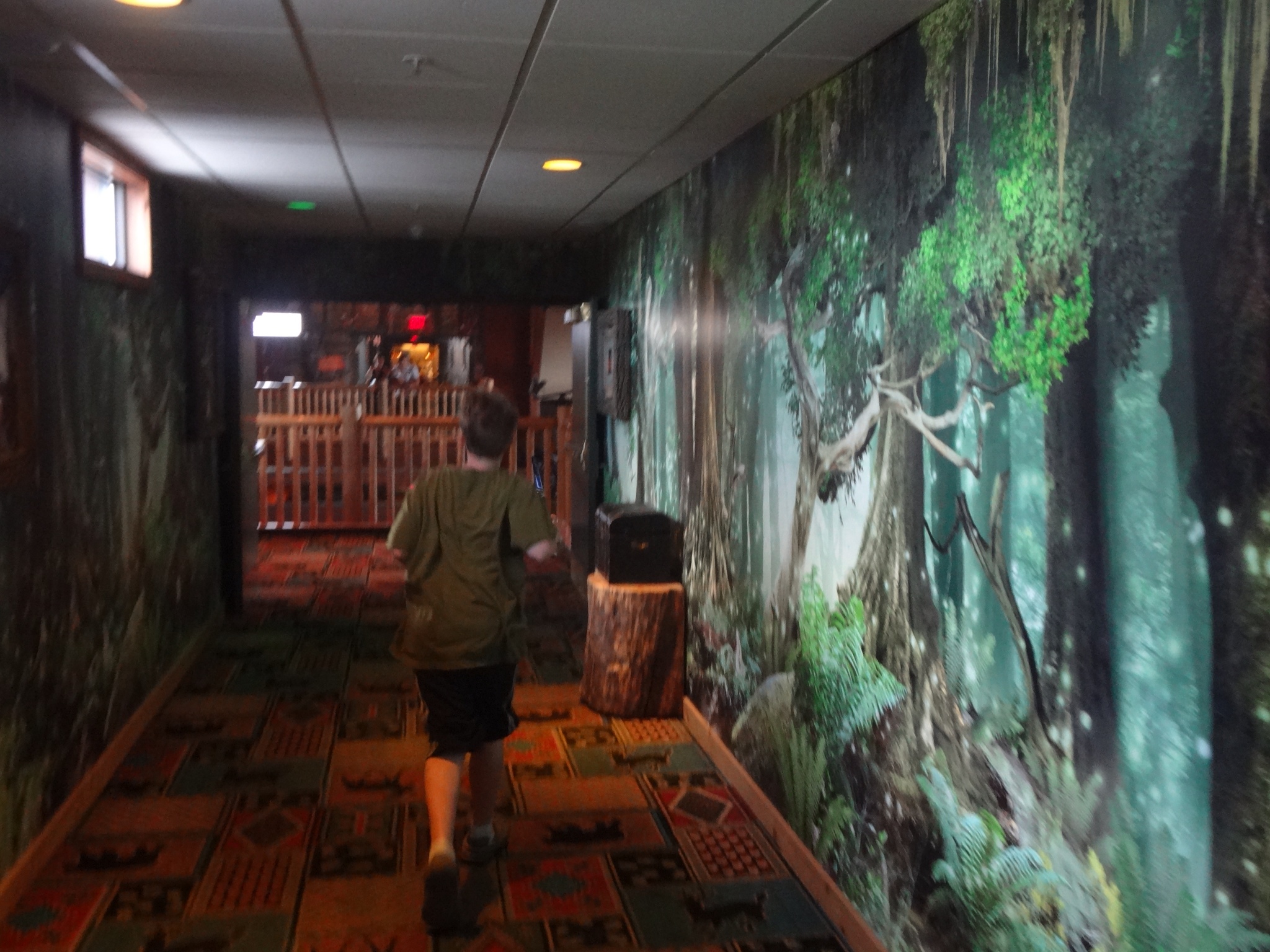 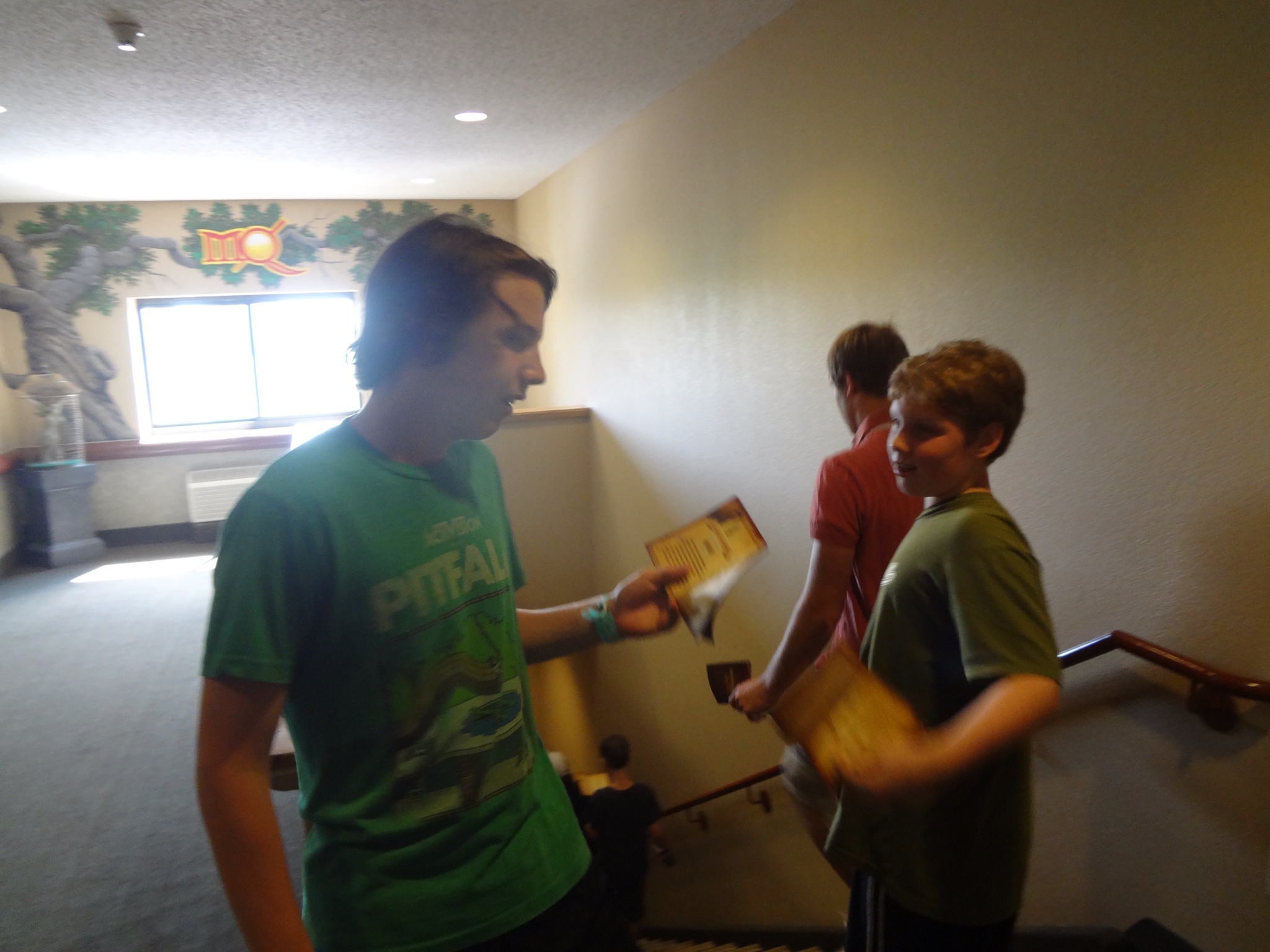 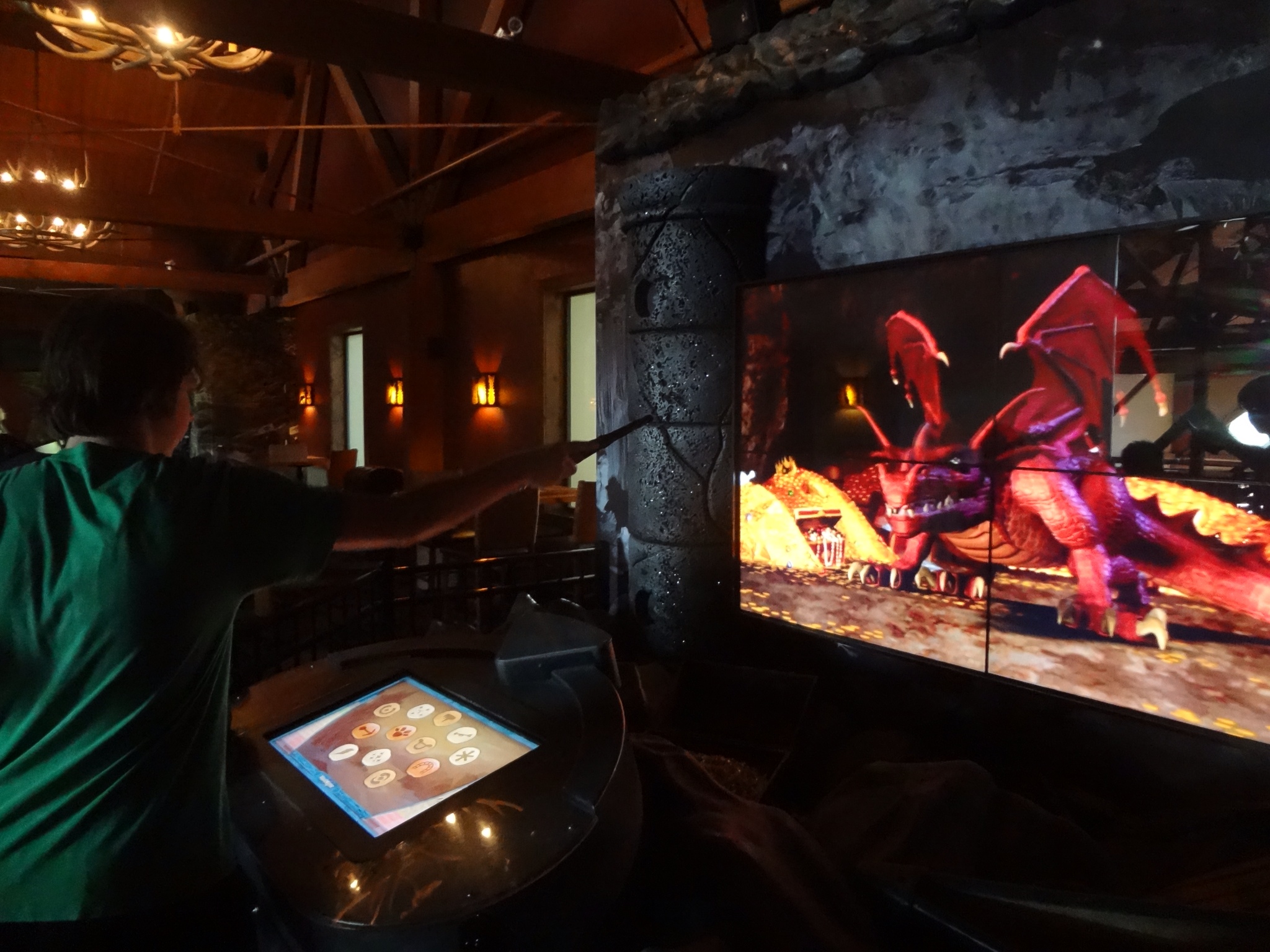 All the hard work paid off on the leader board, where they held the first and second places for the day: 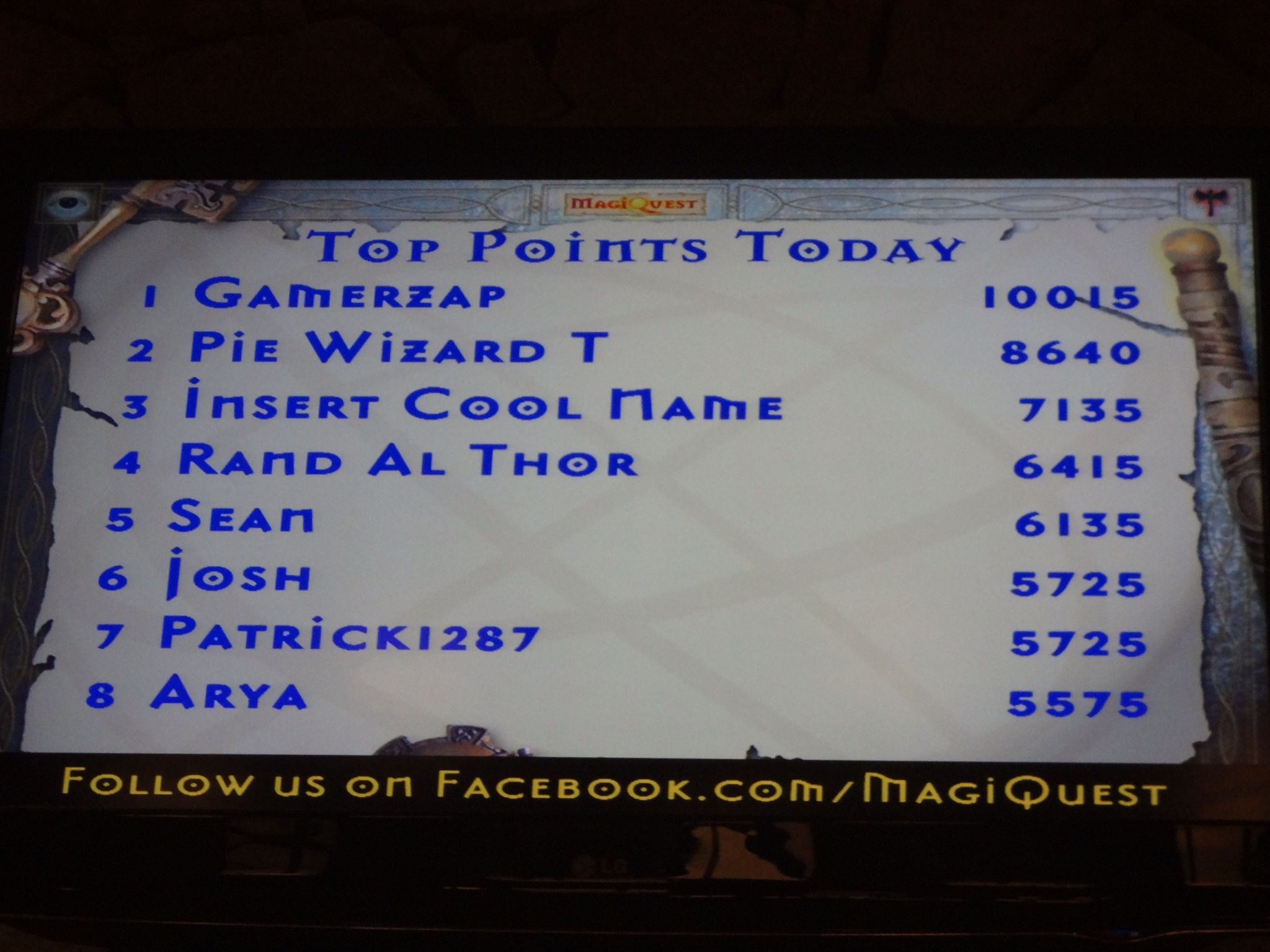 Since it was our last night, we splurged on the buffet, which was actually pretty reasonable and very good. The adult price was $22 and the 12 and under price was $10. The food was very good, better I thought than the buffet at the MGM Grand in Las Vegas. Here's me enjoying some ribs in a dignified fashion: 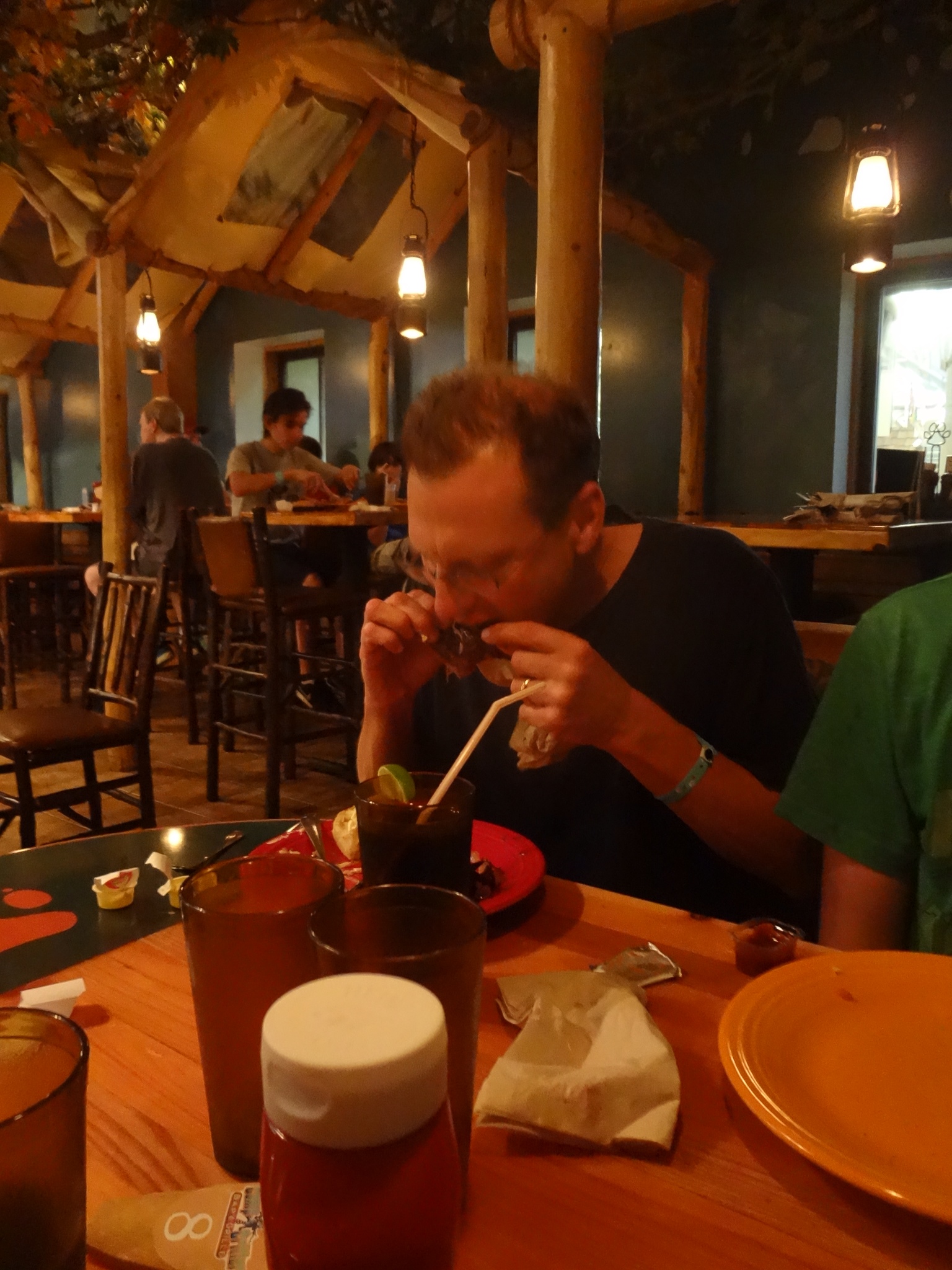 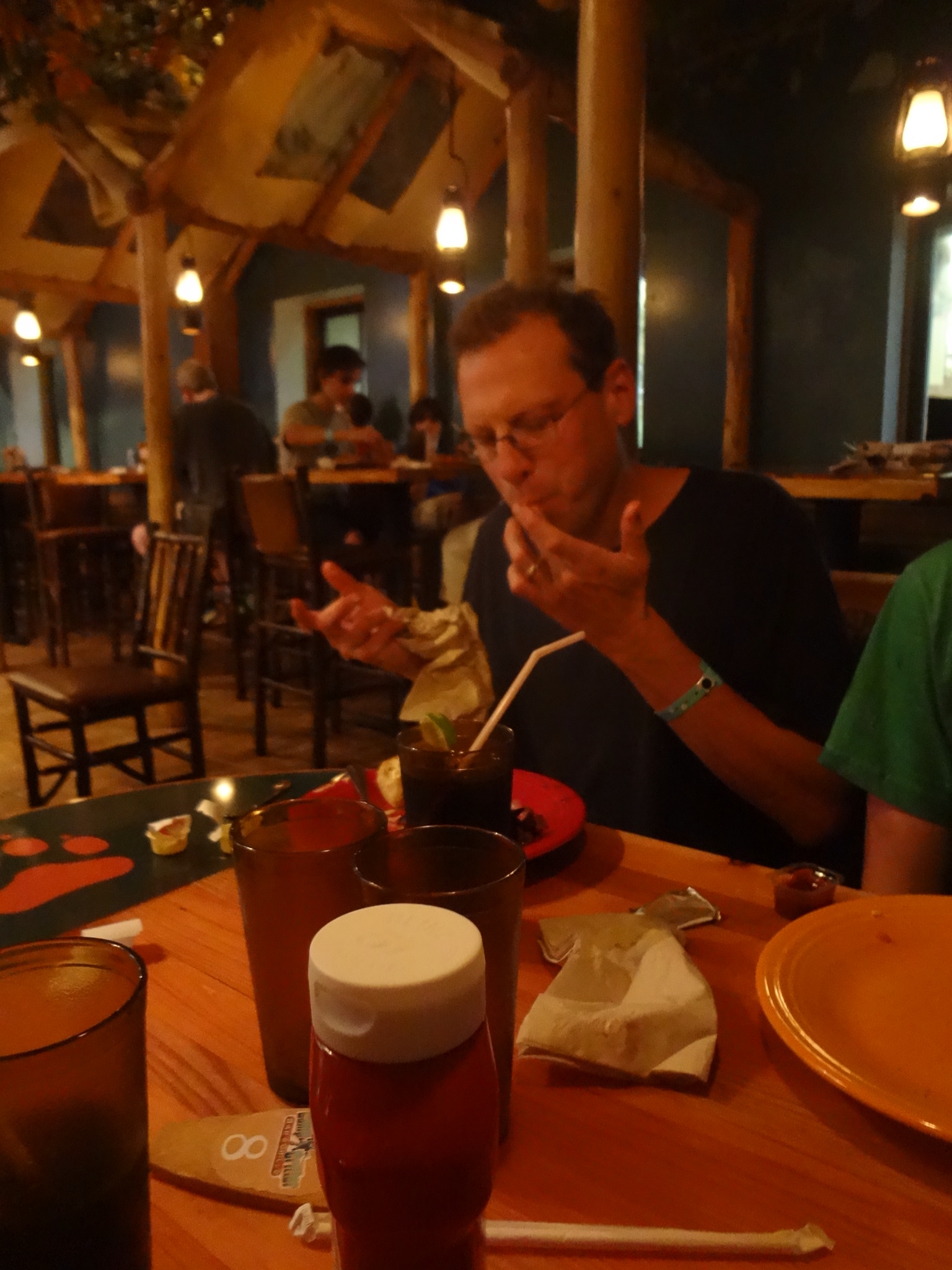 After dinner, the kids returned to their game, which they completed just before closing time at 11pm. There was a dance party in the lobby too, so it was a very high-energy and fun night: 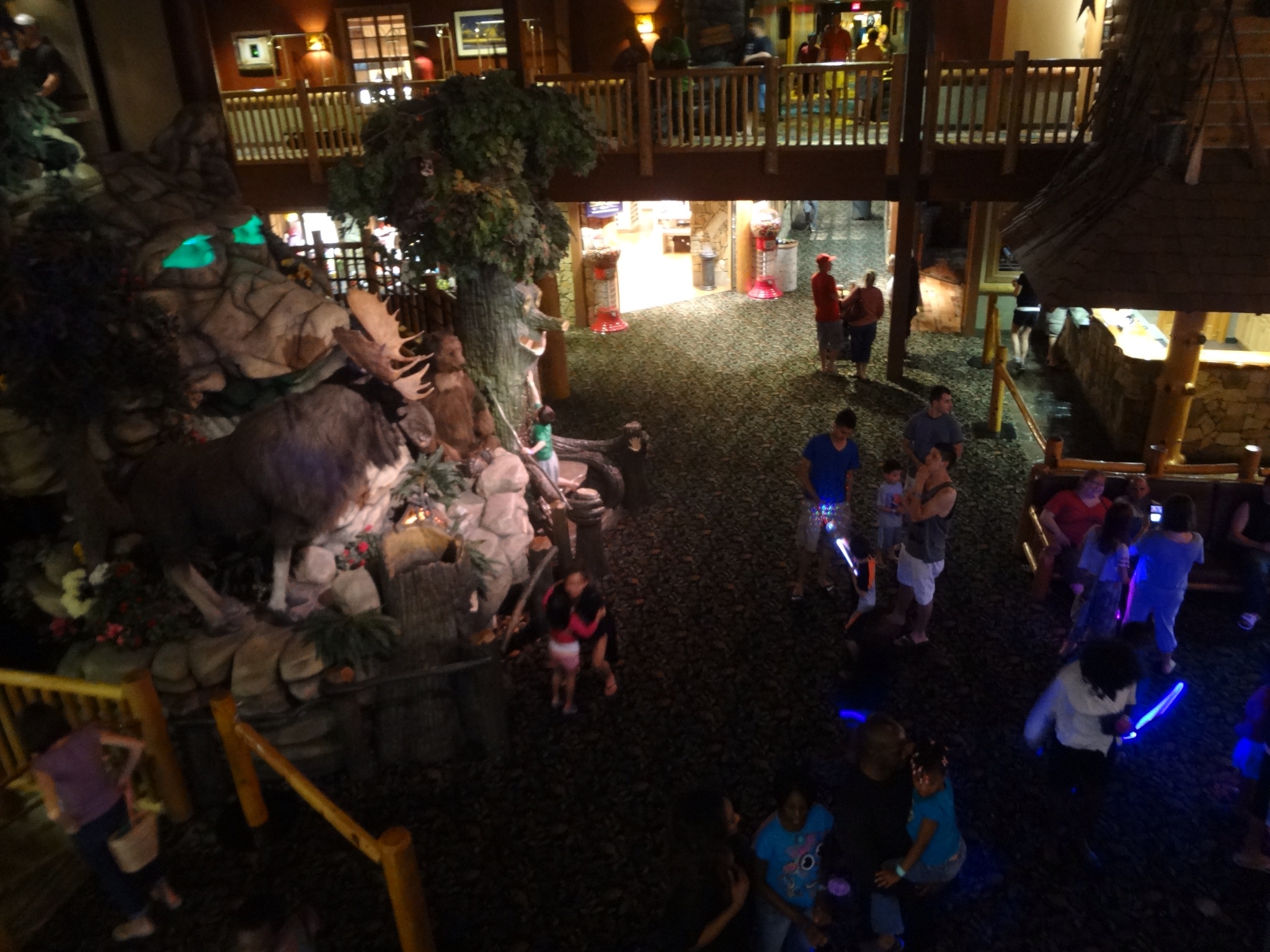 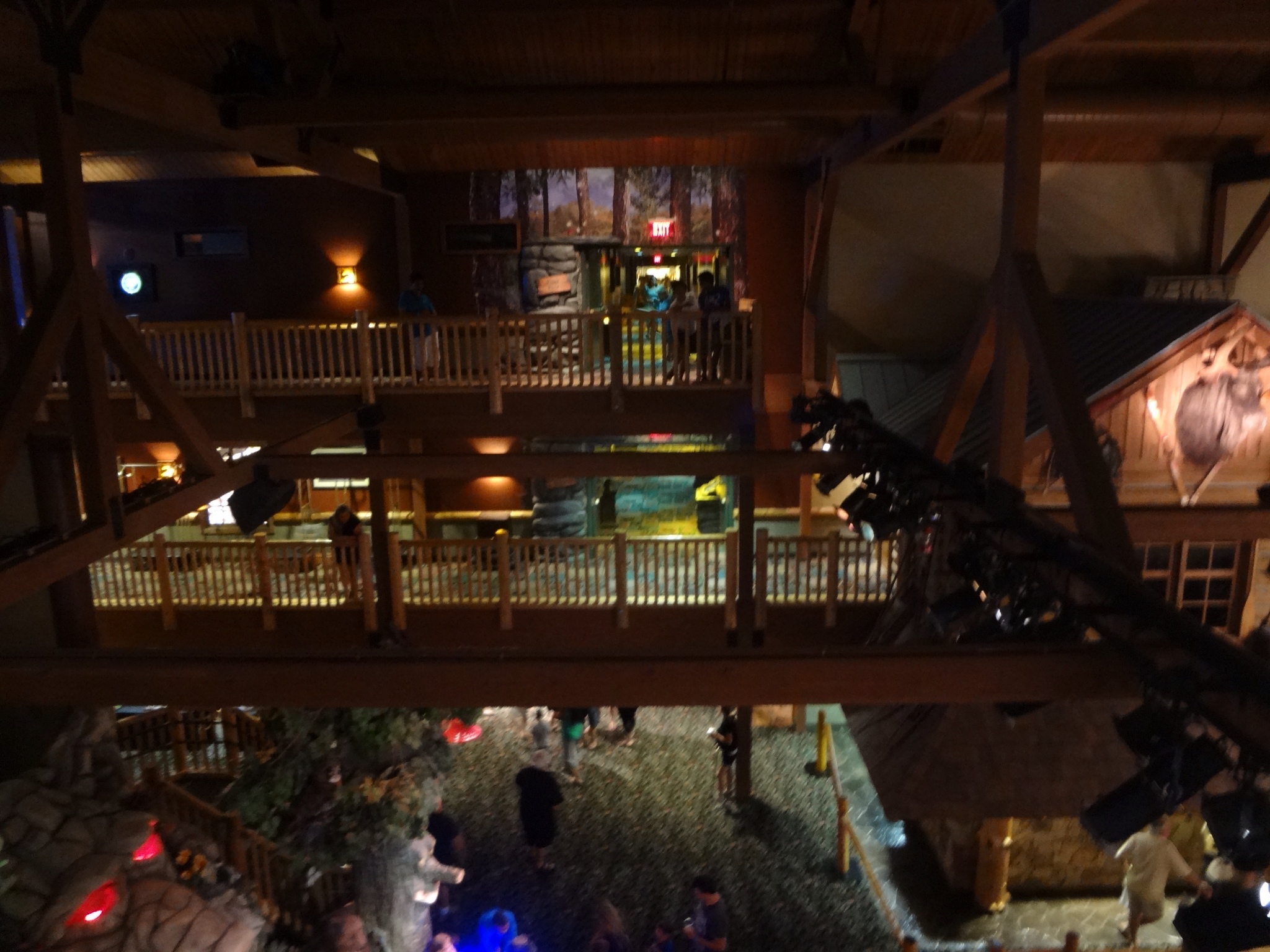 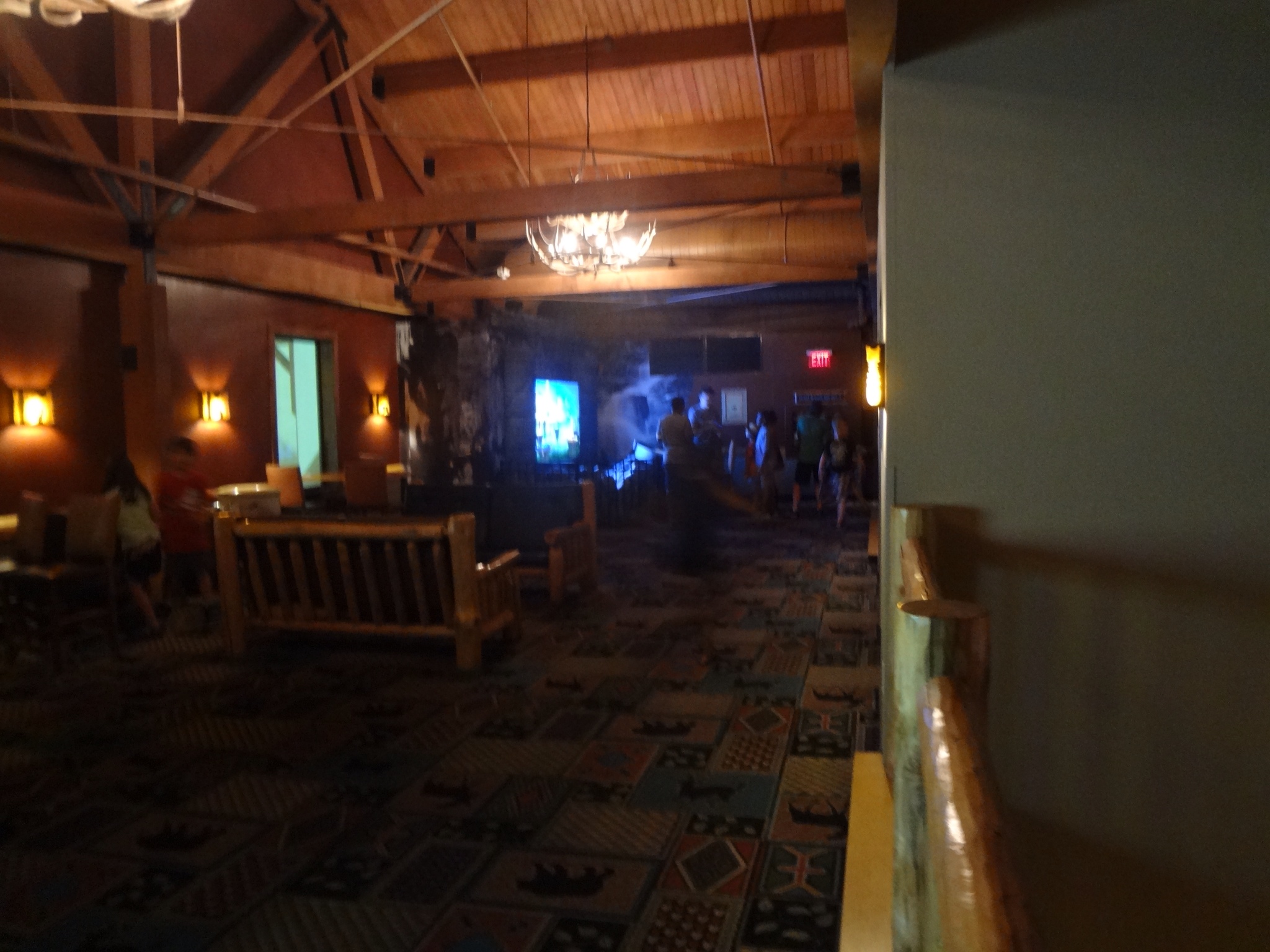 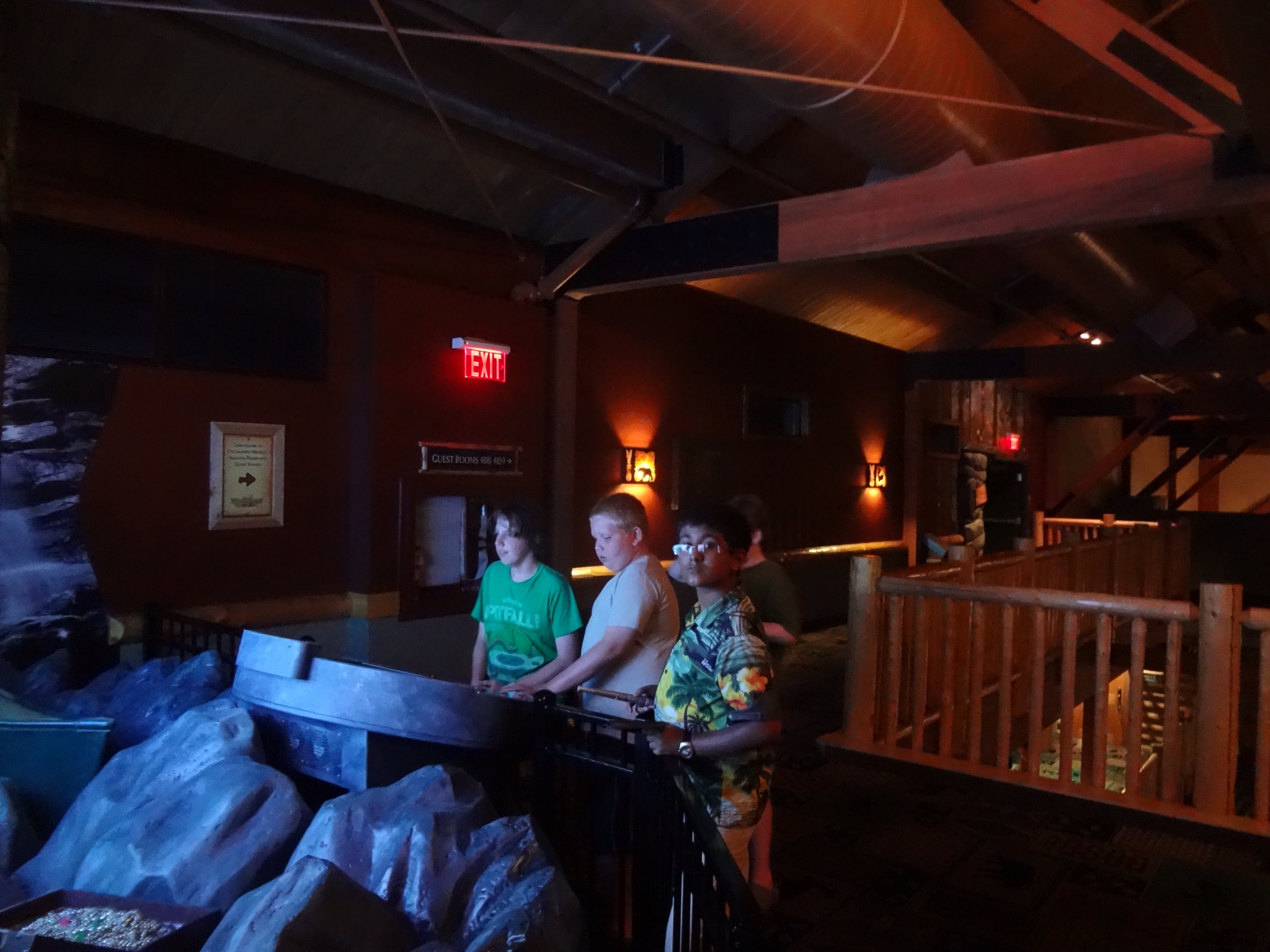 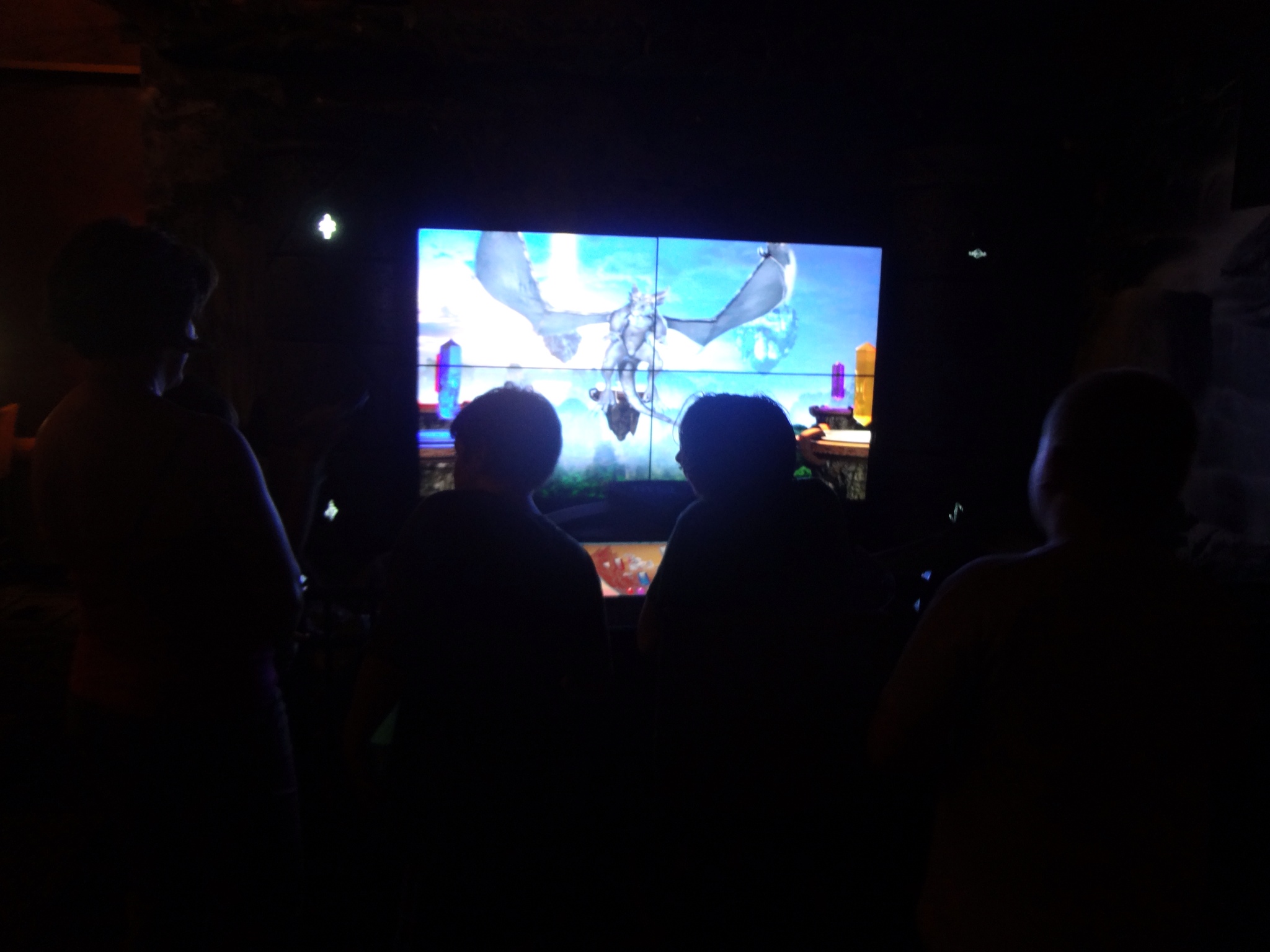 We all had a blast at the Great Wolf Lodge, and it was a great way to end our trip!