Everyone else has done a post so far, so it was decided that I, Calvin, will be writing this post. Day 17 was our day in the Rocky Mountains. We decided to do what we do every time we spend a day in a national park: go for a hike. We got up, ate a simple breakfast, hung around the campsite until around 10:30, and then got in the car and drove to Wild Basin for a hike. We were warned that we might not be able to get in as it was generally very crowded around that time of day, but we decided we should at least try. 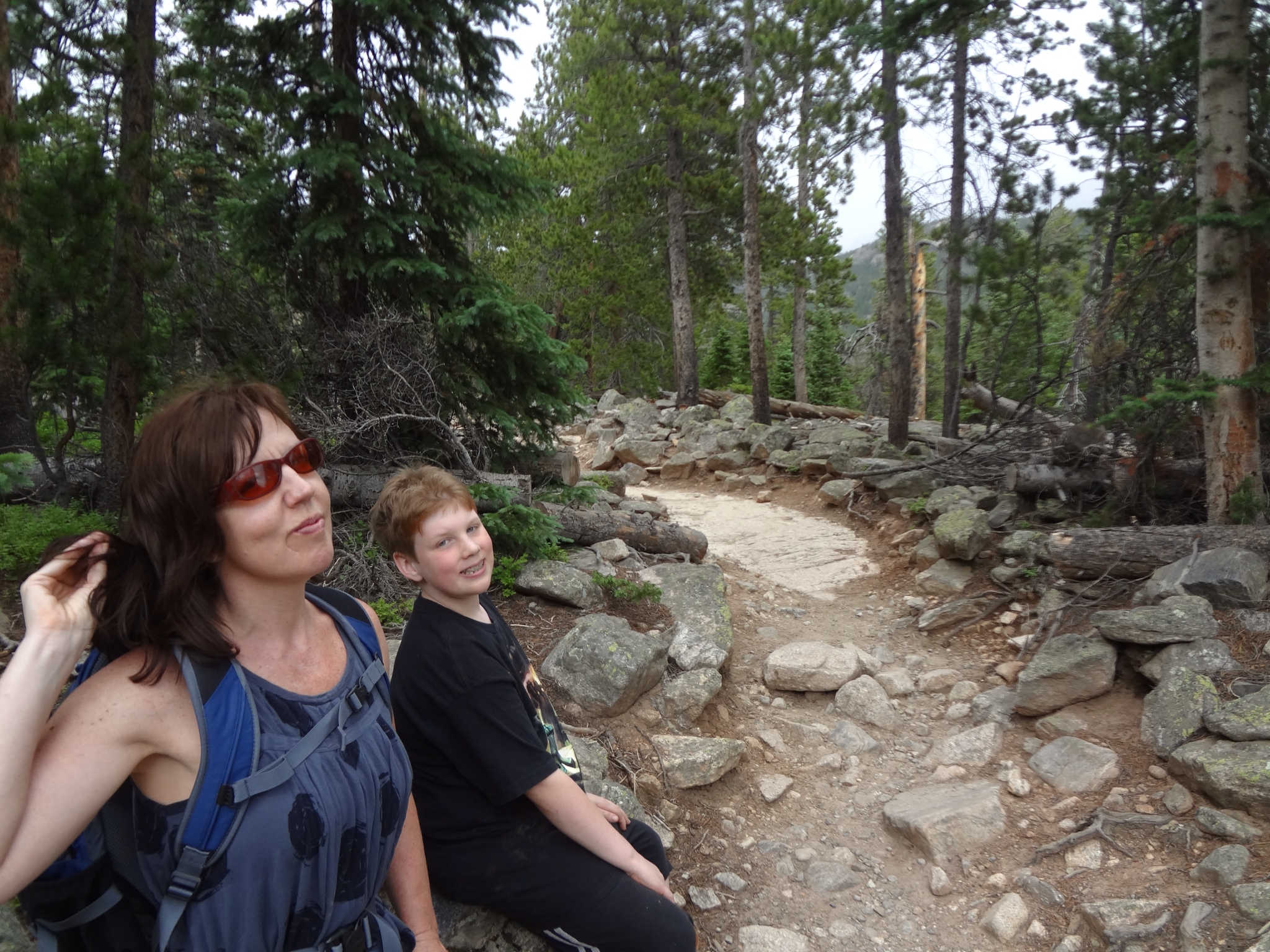 Our plan was to hike over to Ouzel Falls, which was about a 5 mile hike round trip. At first, the hike was not very enjoyable, as it was very crowded and there was not much to see. However, after about a mile it became very interesting as there were many waterfalls to see along the way. 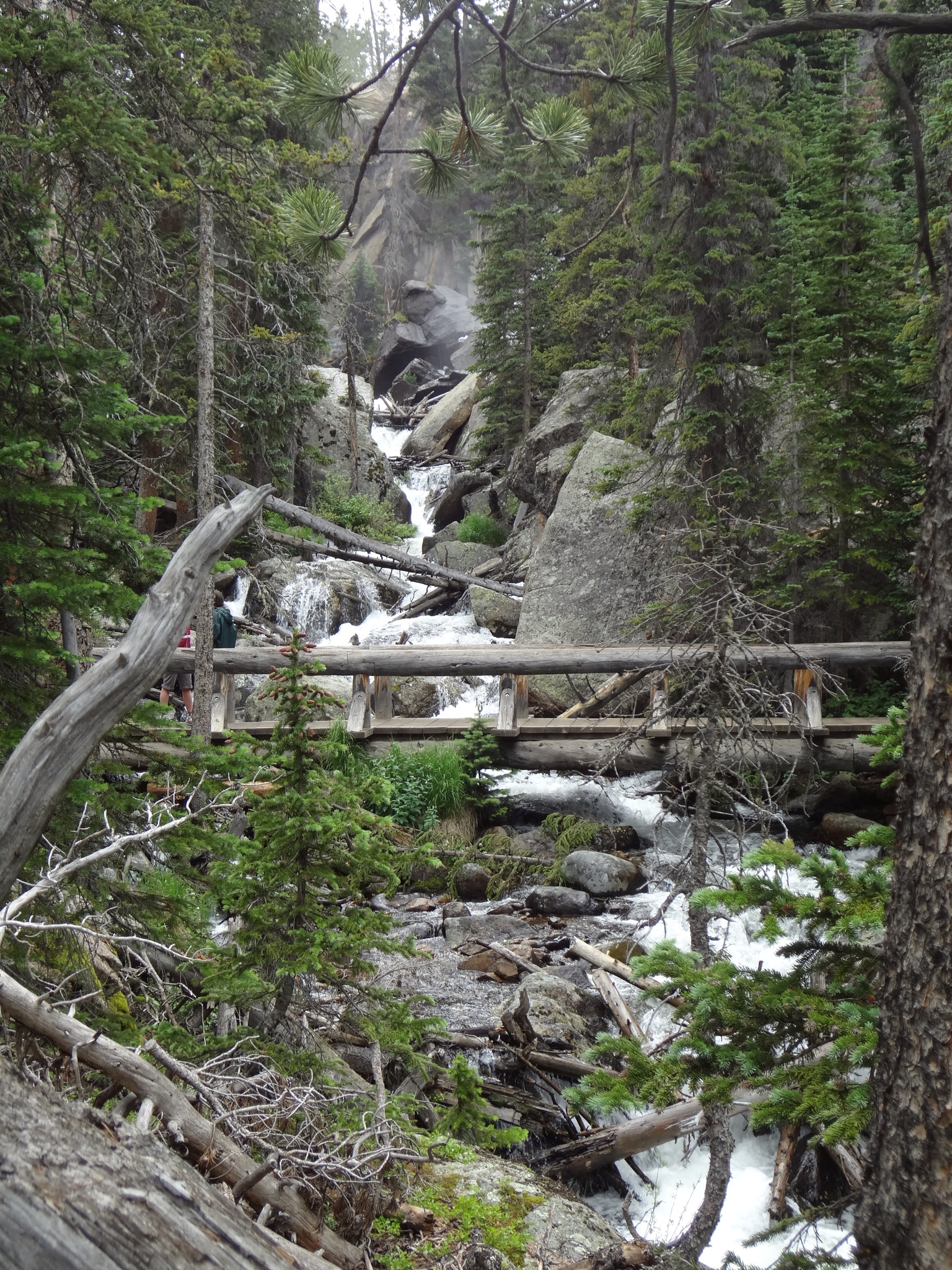 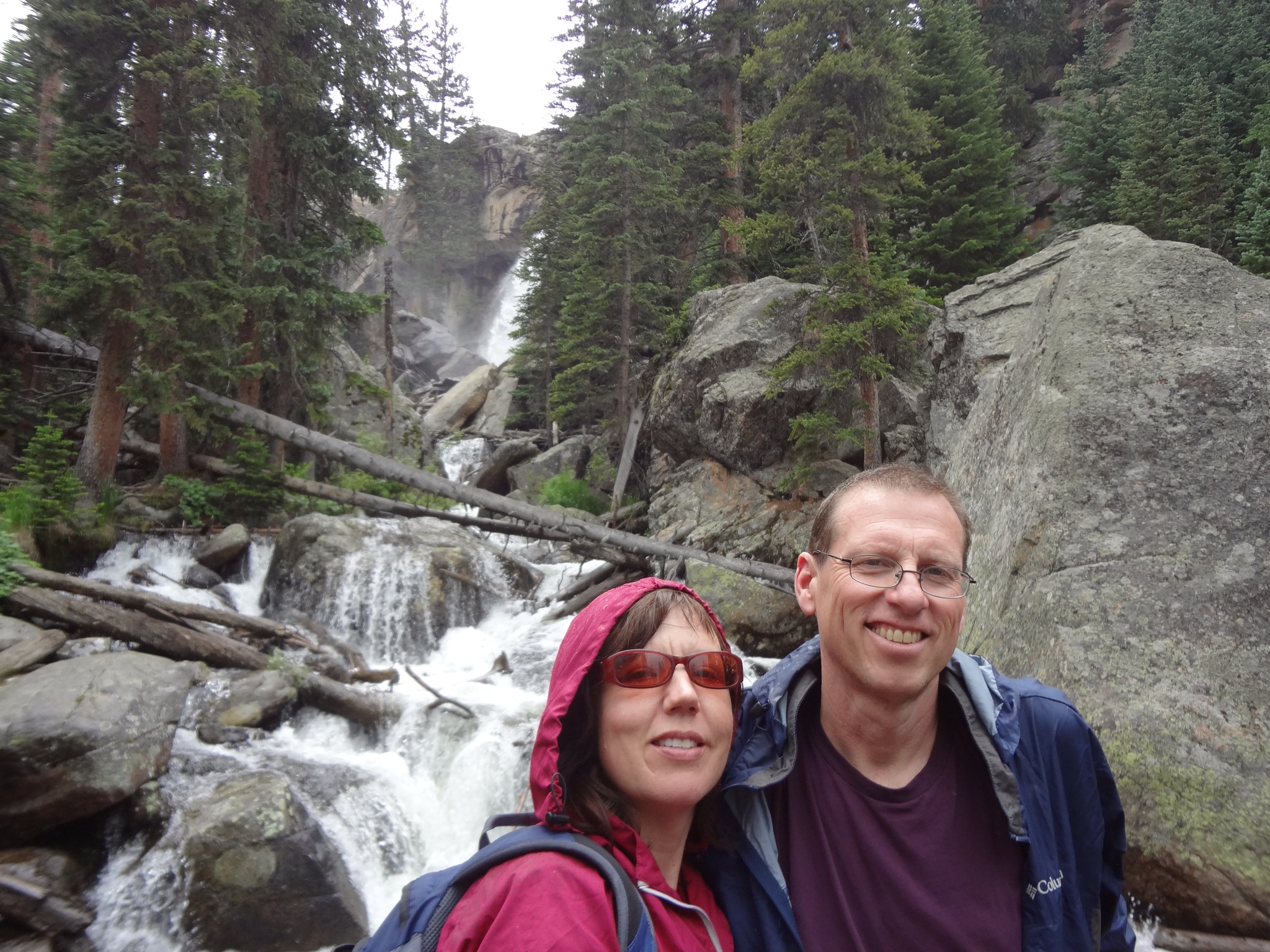 We stopped at one of these falls about 1.5 miles from the start to eat a bit. When we had finished, we continued to Ouzel falls. When we got there, a few people coming from later on in the hike told us there was a great overlook about 0.4 miles from the falls. We decided it would be worth going to. 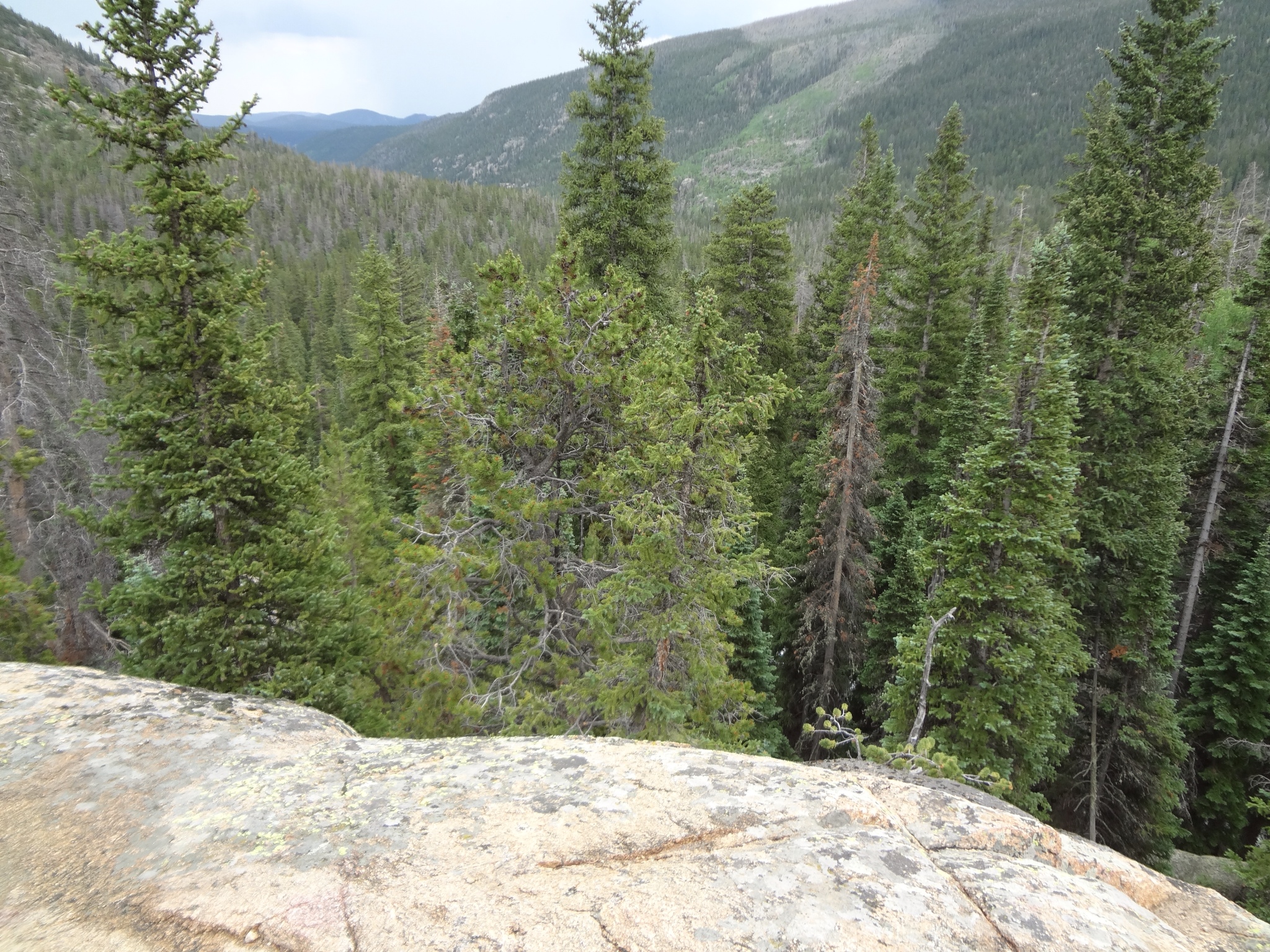 When we reached the overlook, I tried to convince Toby to go to the next trail spot, Ouzel lake. I did not think he was going to agree, as the lake was another 2.5 miles down the trail, but I didn't count on his love of swimming, even in freezing cold water. He agreed, and we managed to convince Mom and Dad to continue to the lake. Early on, they had many second thoughts and we almost ended up turning around, as the trail was almost entirely uphill and they weren't sure we could make it all the way to the lake. Fortunately, we decided to continue. After about a mile, the trail stopped inclining and stayed flat for a while. We were above the tree line, so we could see very far. 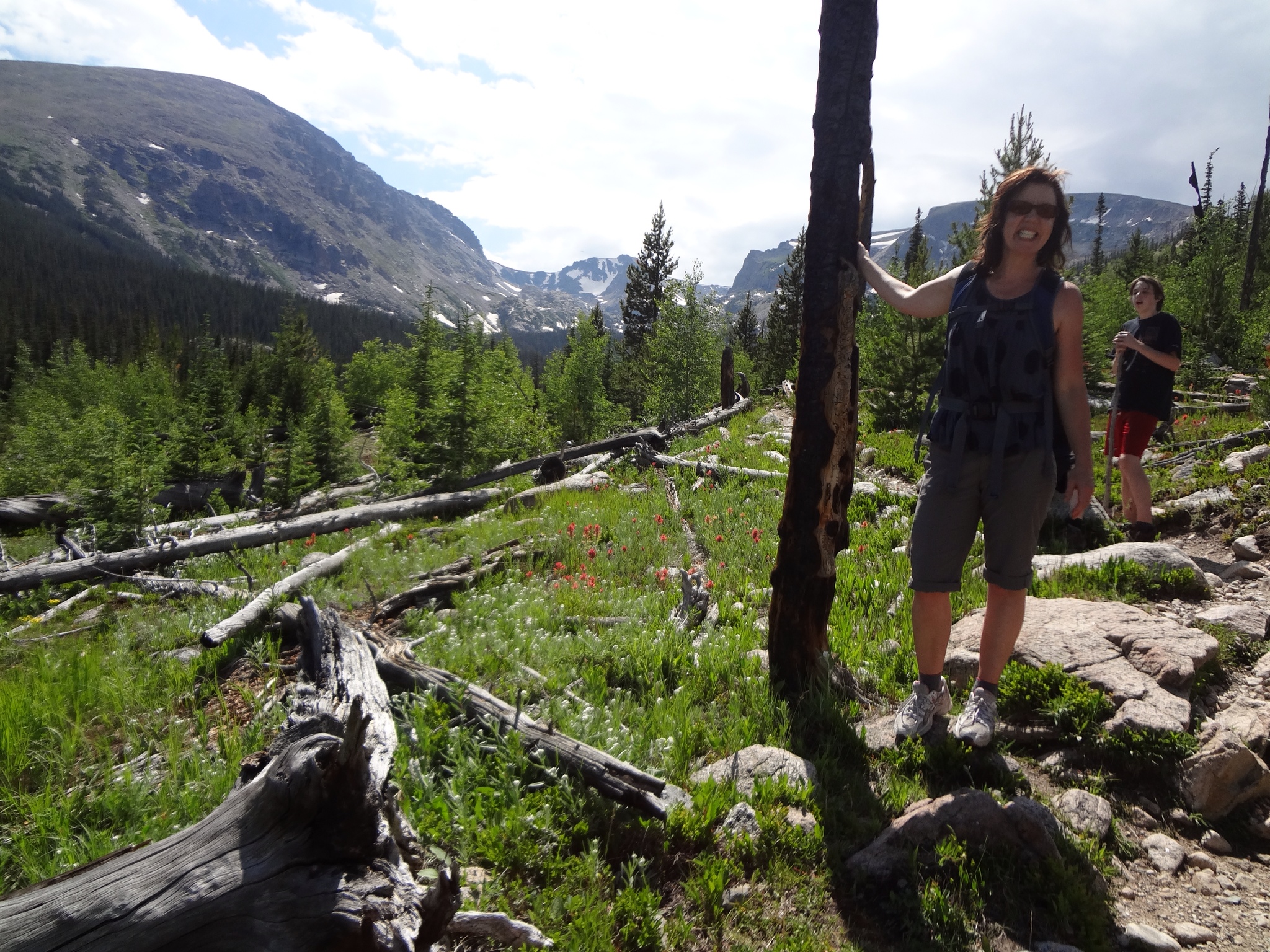 After walking for a while, we saw some otters sitting on a rock. 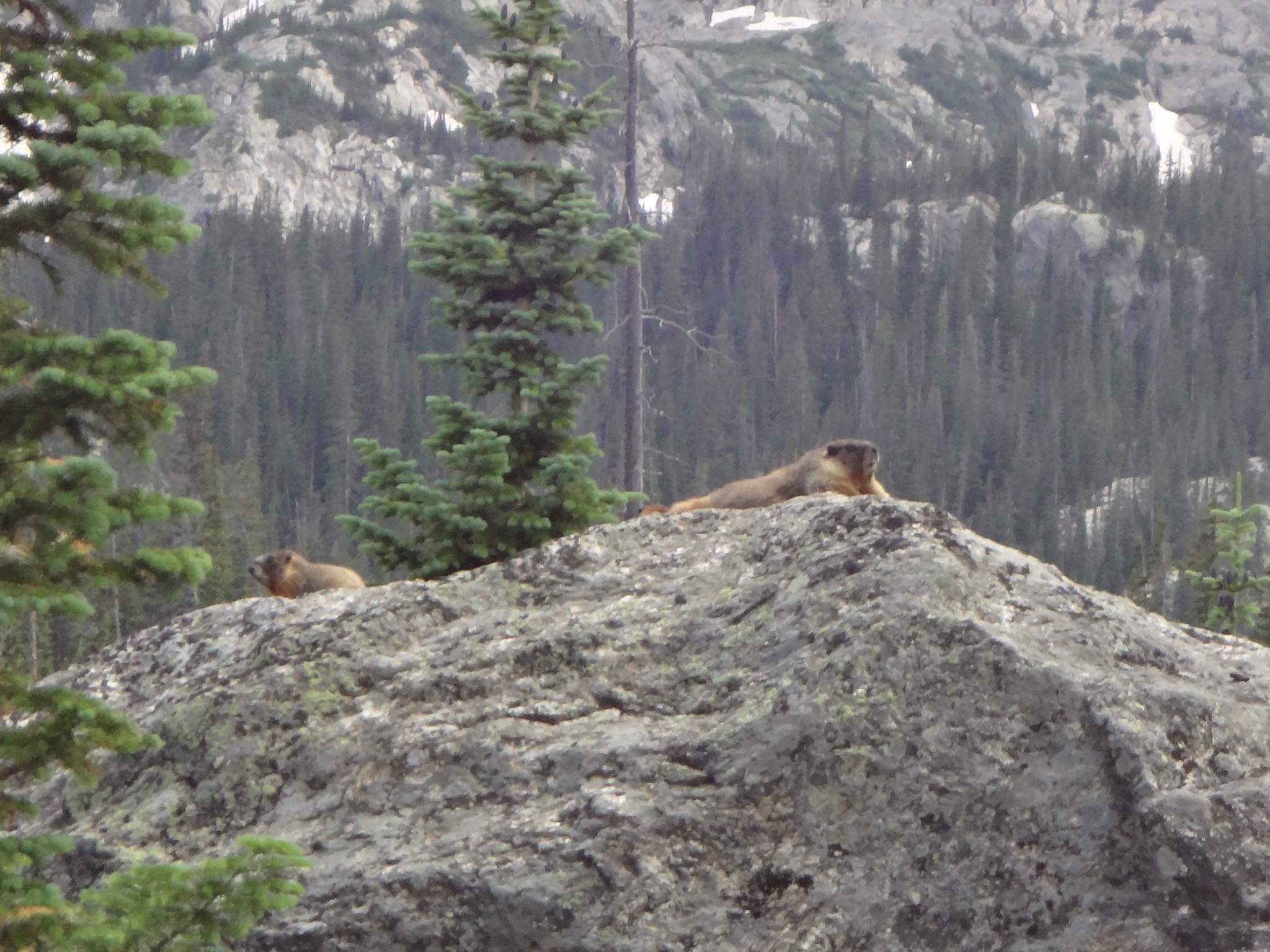 For the last half mile, the trail actually went downhill. When we got to the lake, it was very cold, which we had all expected since it was an alpine lake. We waded in it a little, and then we got water from it using iodine tablets and turned around. 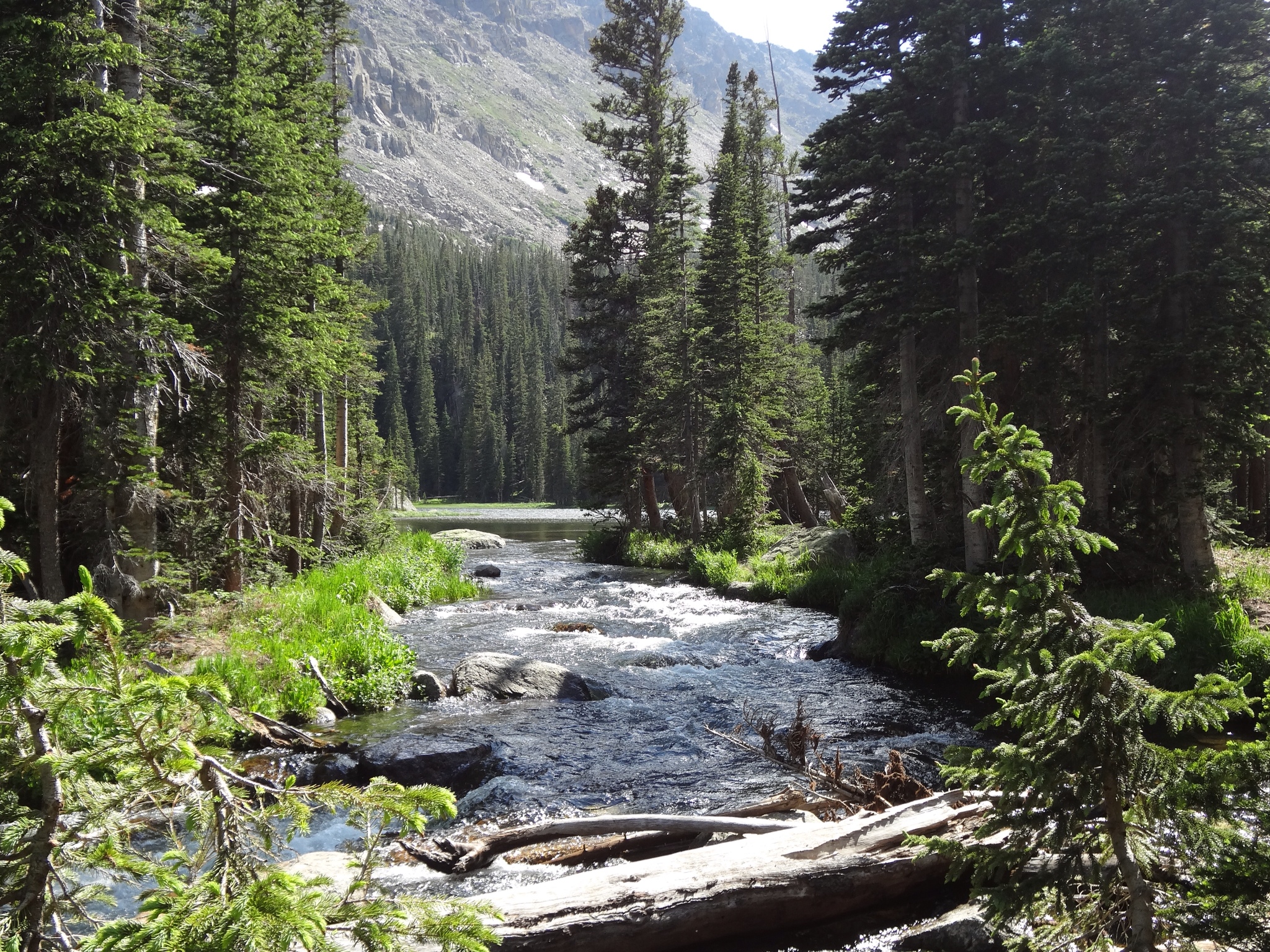 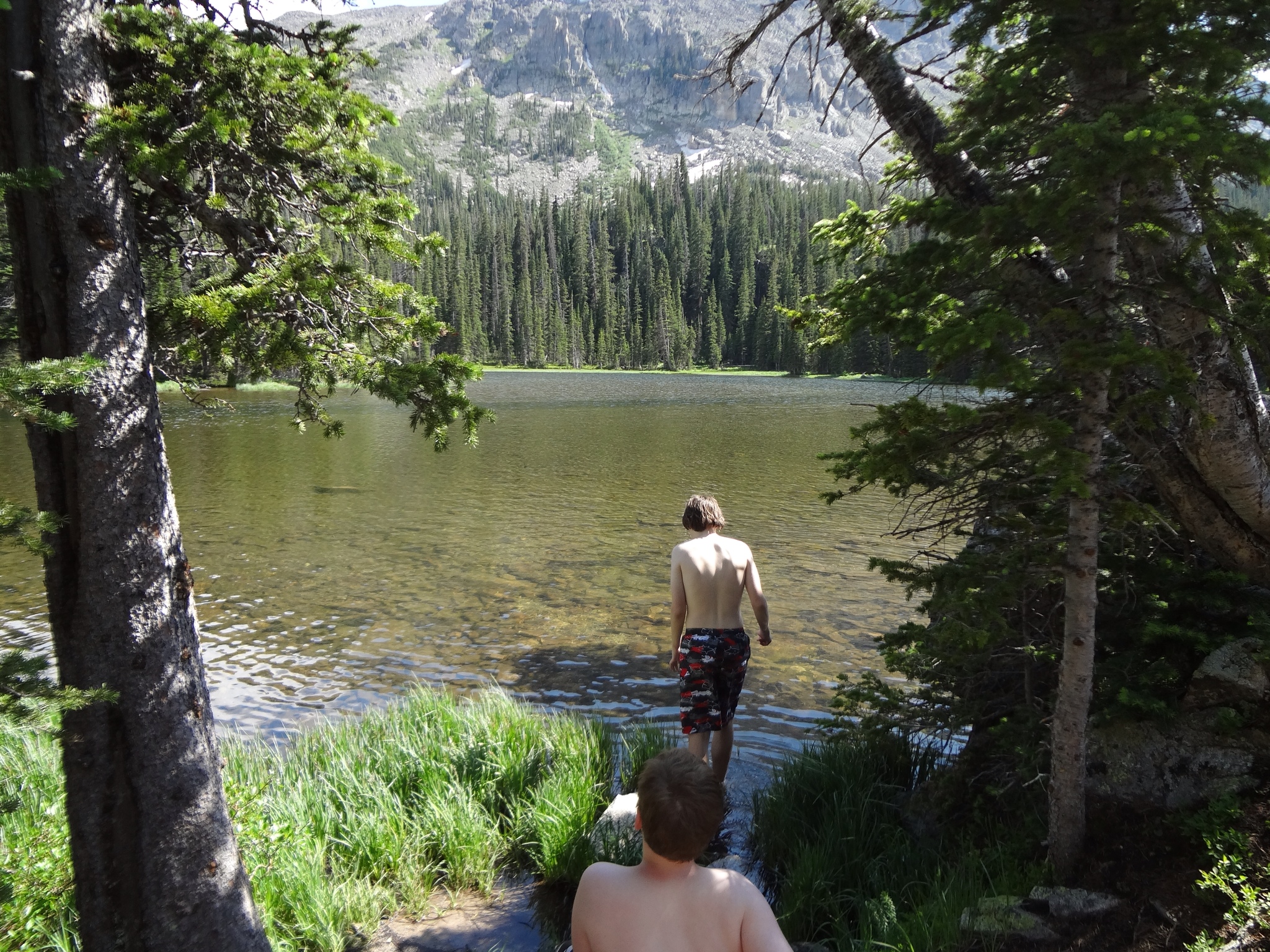 The hike back was much faster since it was mostly downhill. We saw the otters again chasing each other around near the rock, and we saw an elk walking on the trail later as well. We stopped to eat again at the cascades. Here's another picture of Ouzel falls on the way there: 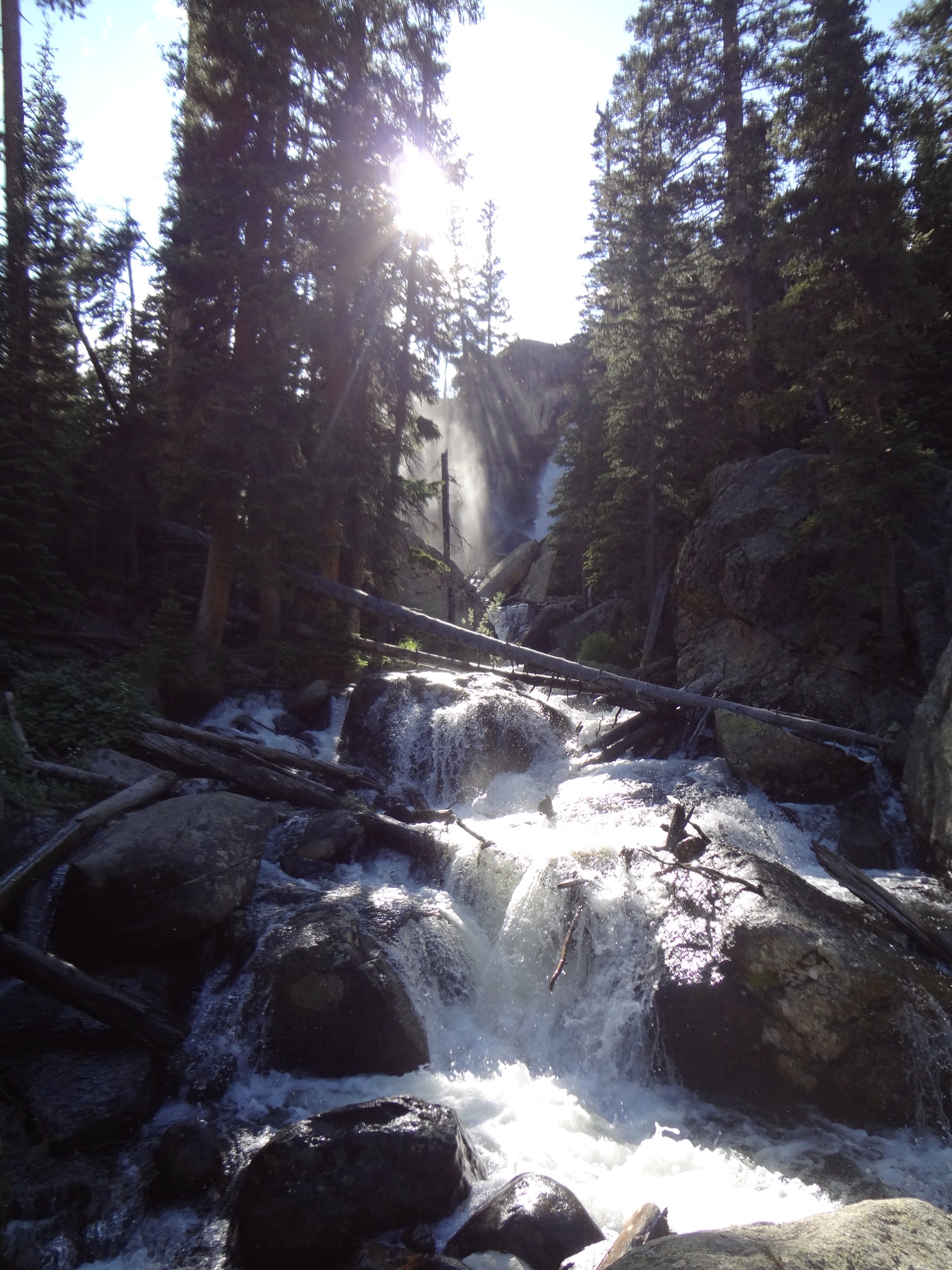 Then the we hiked back the remaining 1.5 miles to our car. Later that night we did what we usually do at camps. We lit a fire and roasted marshmallows to make s'mores. 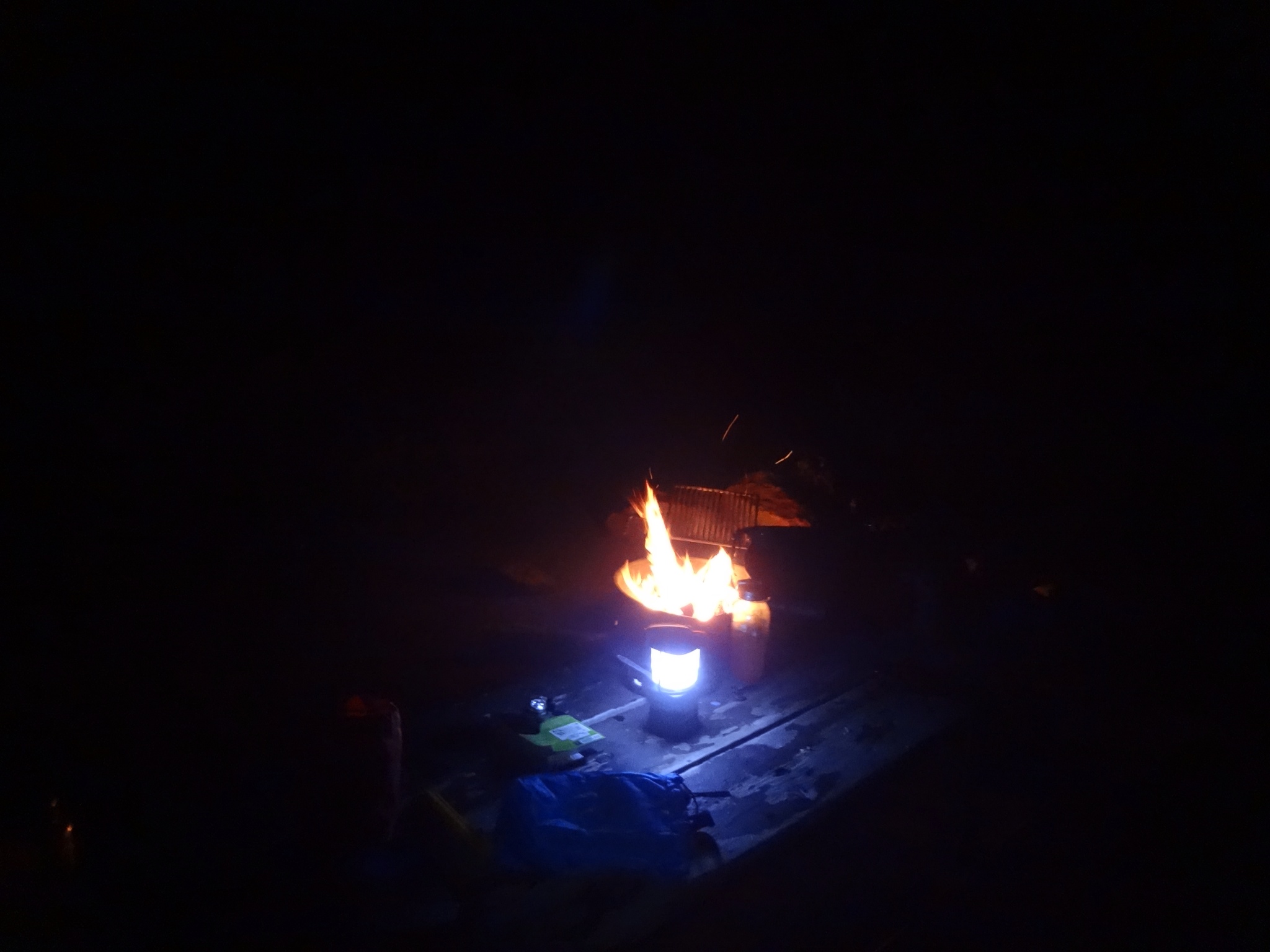 That's about all we did on day seventeen.