Today started out hot and muggy. We hung around the condo most of the morning, getting caught up on laundry and eating something besides pop tarts for breakfast. I had run out to Walmart the night before so we had yogurt, fruit, milk and shredded wheat cereal. I also picked up some more lunch supplies, so we packed ham and cheese sandwiches and the leftovers from the dinner we cooked last night. We headed out for Broadway by the Beach around 11.

In past trips to Myrtle Beach we've spent a fair amount of time in this outdoor complex. We've done Myrtle Beach proper and another beach near my parents called Cherry Grove, but Toby and Calvin are more into the indoor activities. We were hoping to fit in a quick beach outing in the evening, though.

Usually the big draw for our family is MagiQuest, a medieval fantasy themed activity center that plays like a combination of a video game and a scavenger hunt. You purchase wands with what look like IR LEDs in the tips. Pointing them at various screens and objects throughout the game area causes them to move, open or otherwise activate. In the center is an area where they can choose a mission that combines several of these activities (find all of the gems and then defeat the dragon, for instance). The system can track each kid's progress as they activate objects. Here is a picture from last year to give an idea: 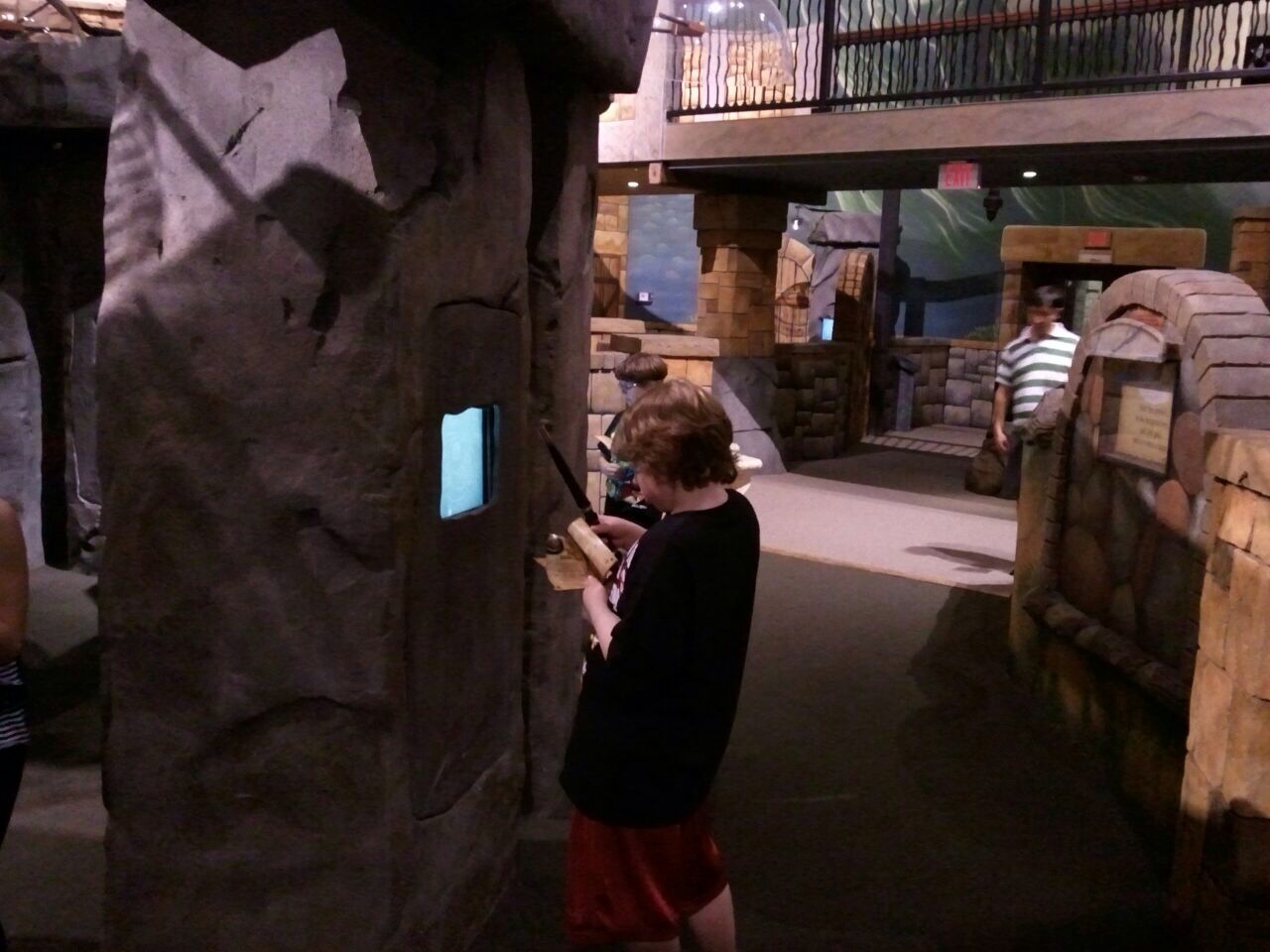 Here was the scene at Broadway on the Beach today: 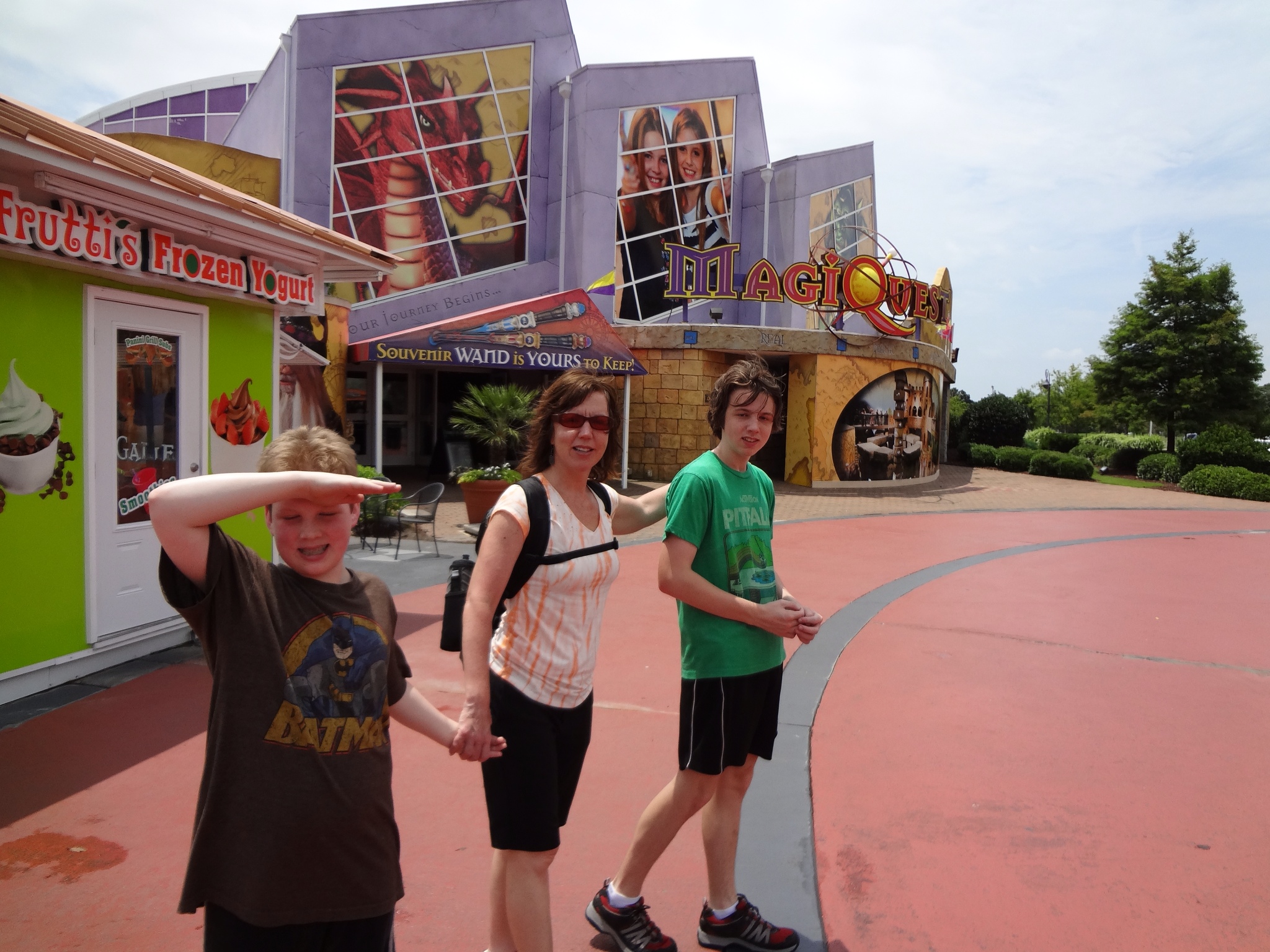 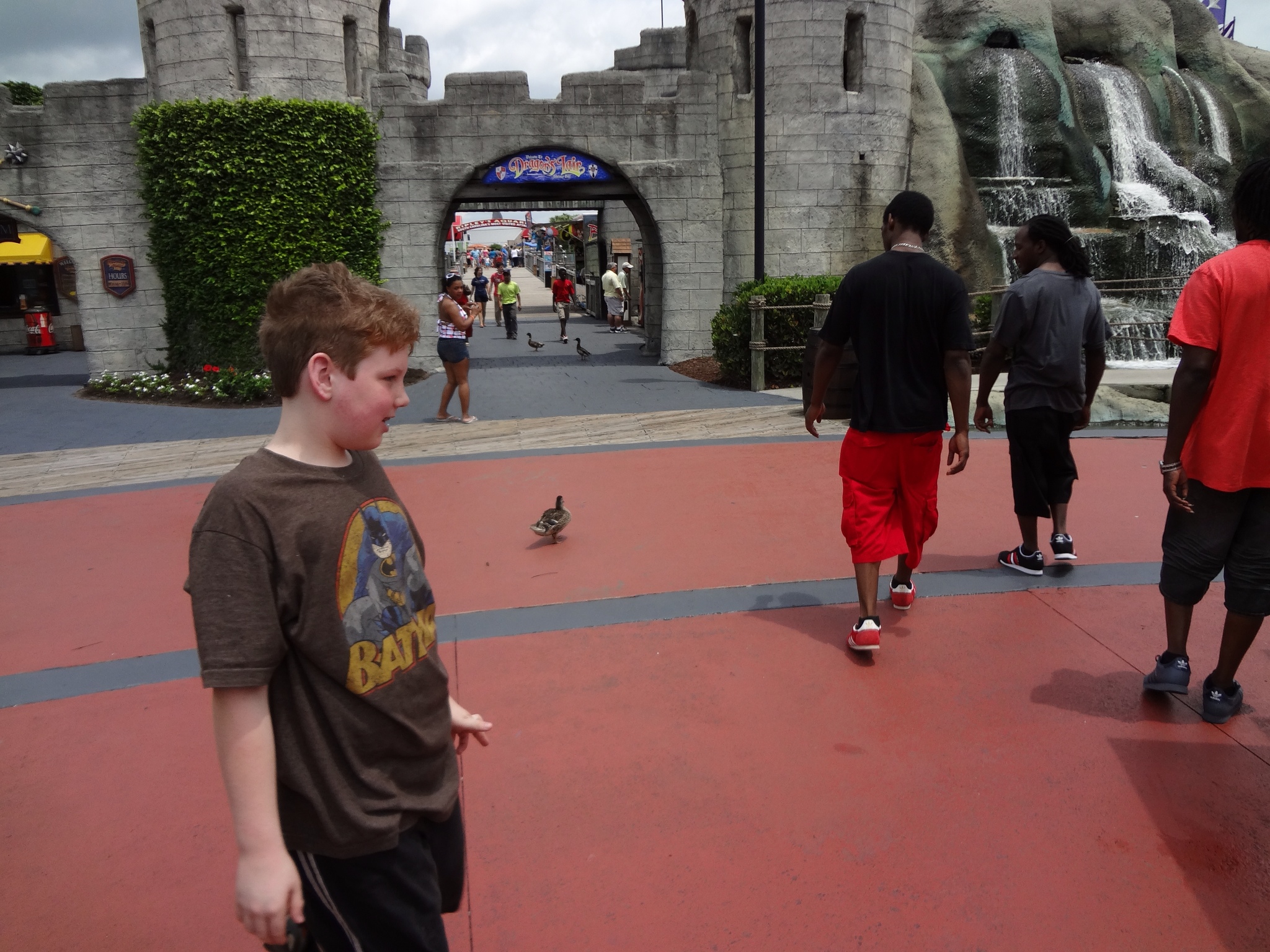 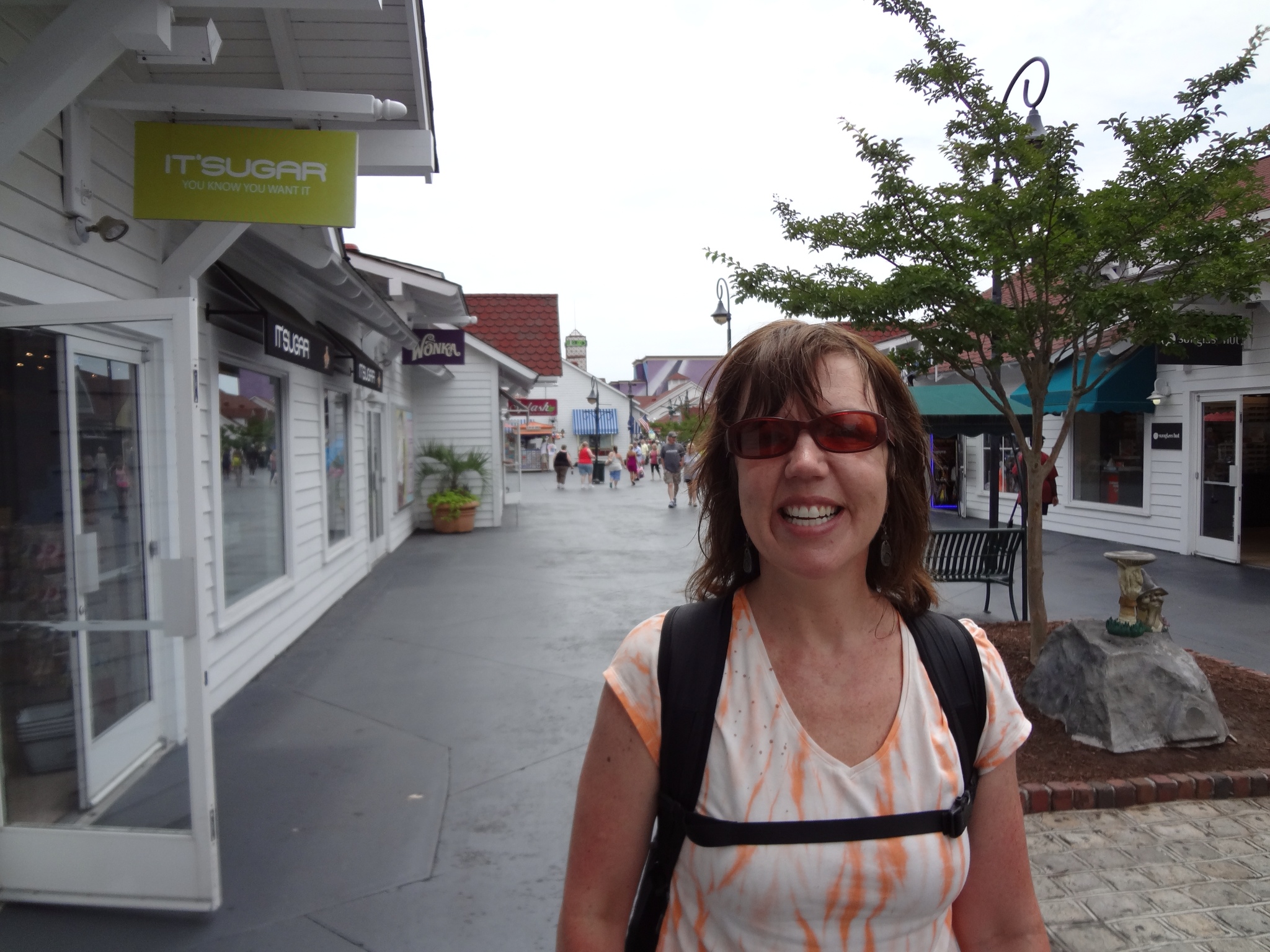 We stopped in a shady spot and ate lunch, then we headed to the WonderWorks building: 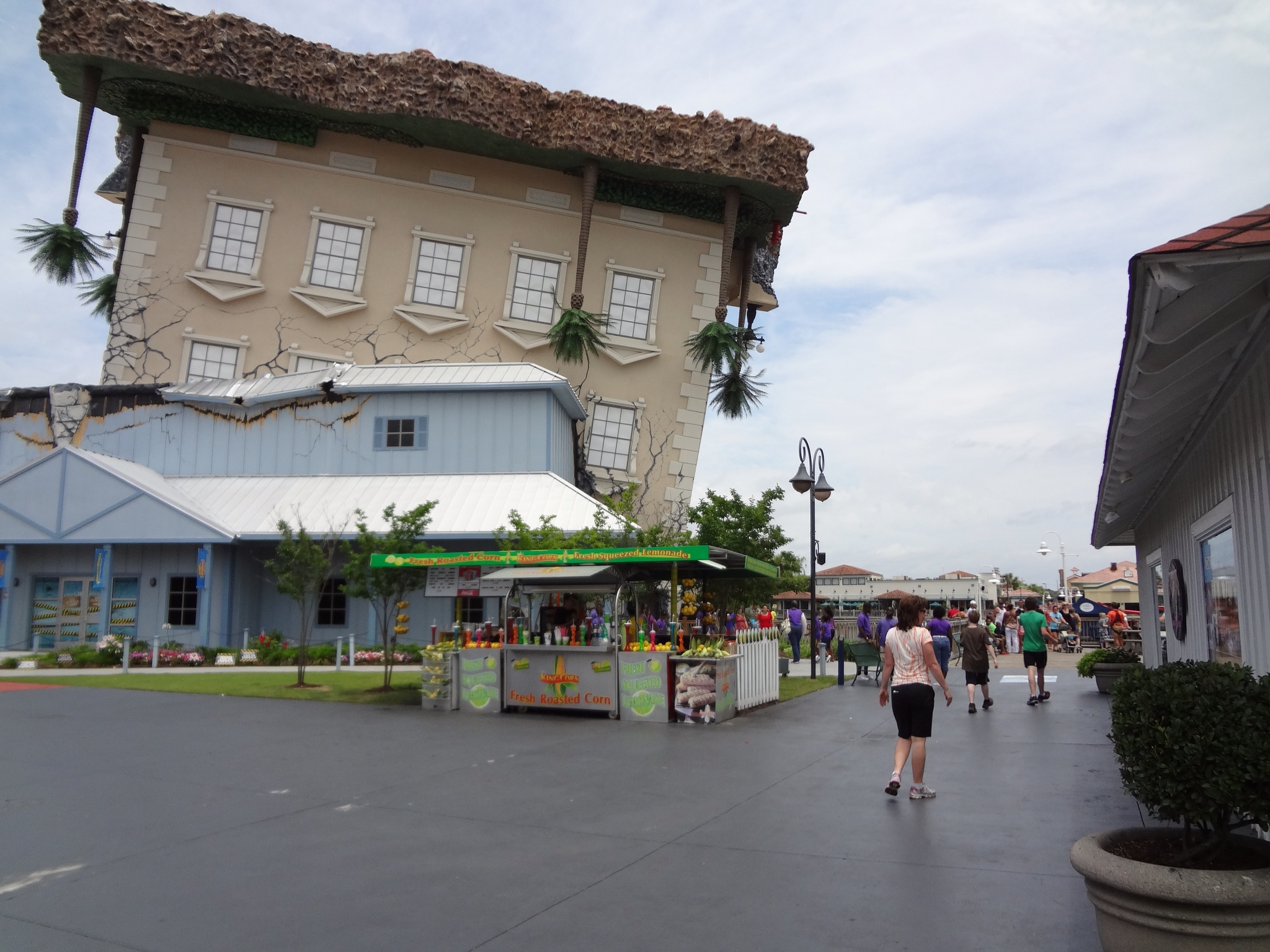 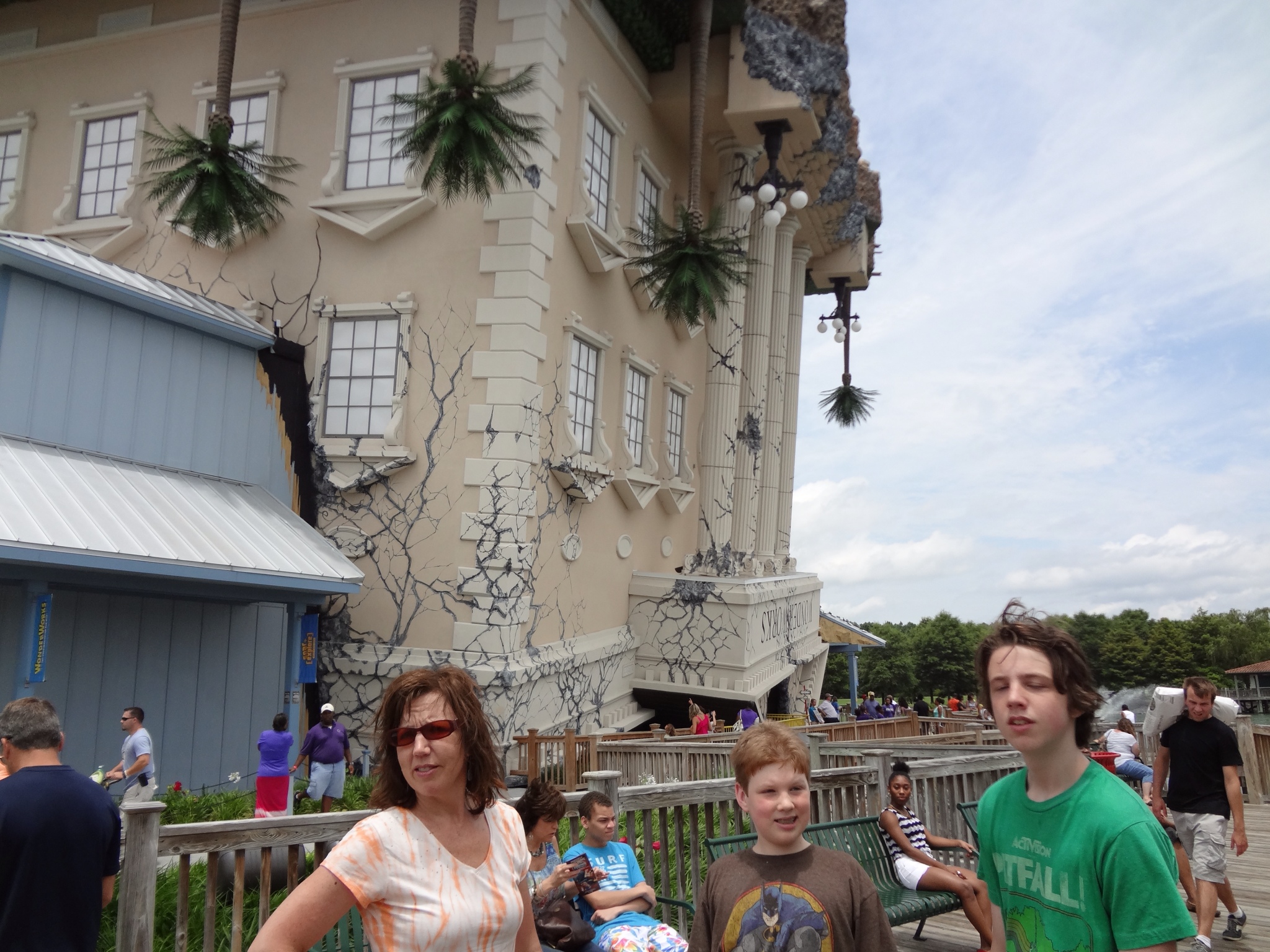 Along the pier large fish (carp?) and ducks congregate near animal feed vending machines. They are pretty cool to watch compete for handouts: 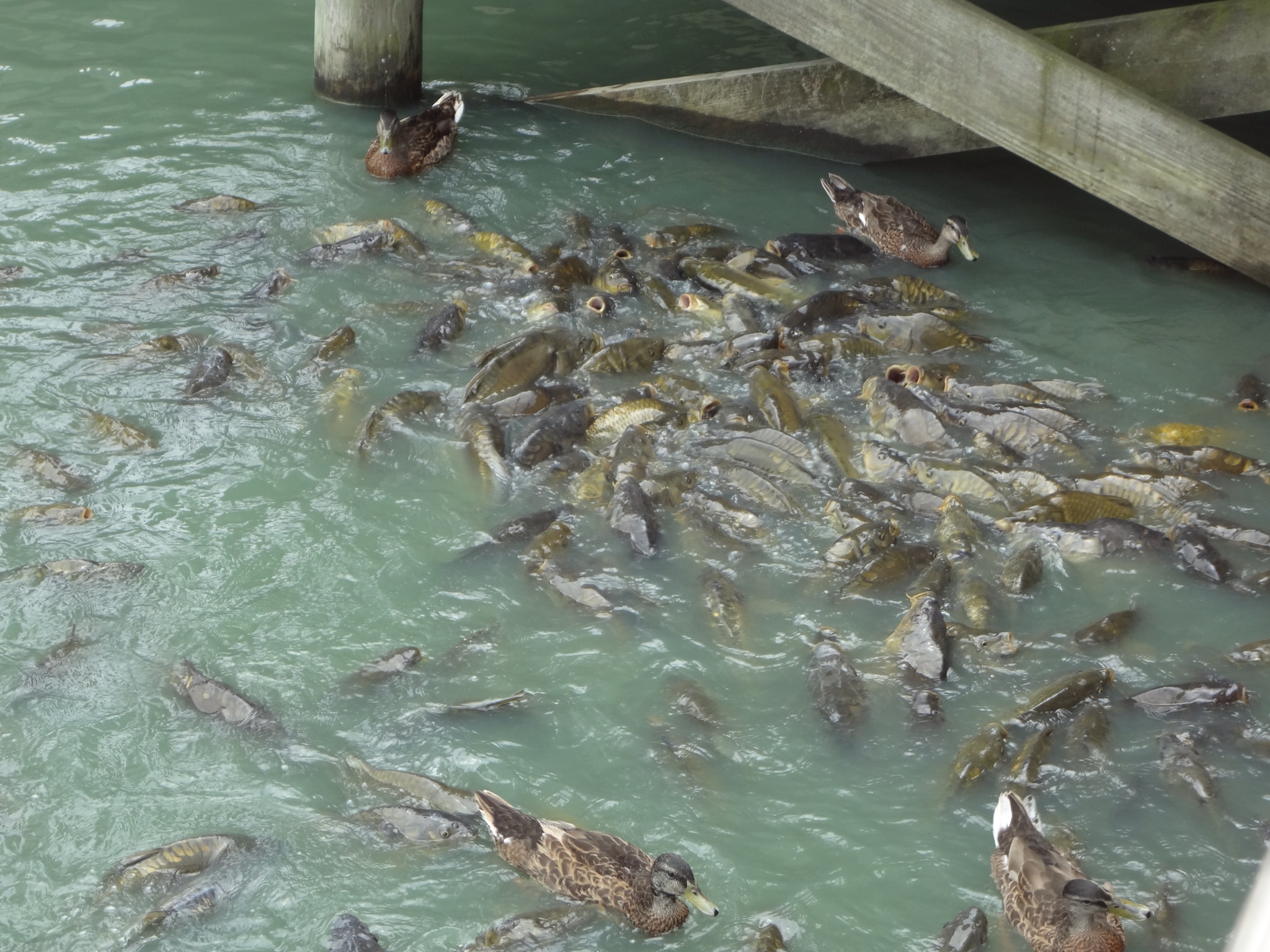 Wonder Works is a four story building with some fun interactive exhibits and games. The price turned out to be pretty reasonable considering how much there is to do. We did general admission for everyone with additional laser tag tickets for the kids. All together it was a little less then $100 and we spent pretty much the whole day there.
On the first floor there are a few exhibits related to climate and weather: a hurricane wind simulator, an exhibit about the titanic, a tesla coil booth, etc. The other three floors were a mixed bag of other types of activities: 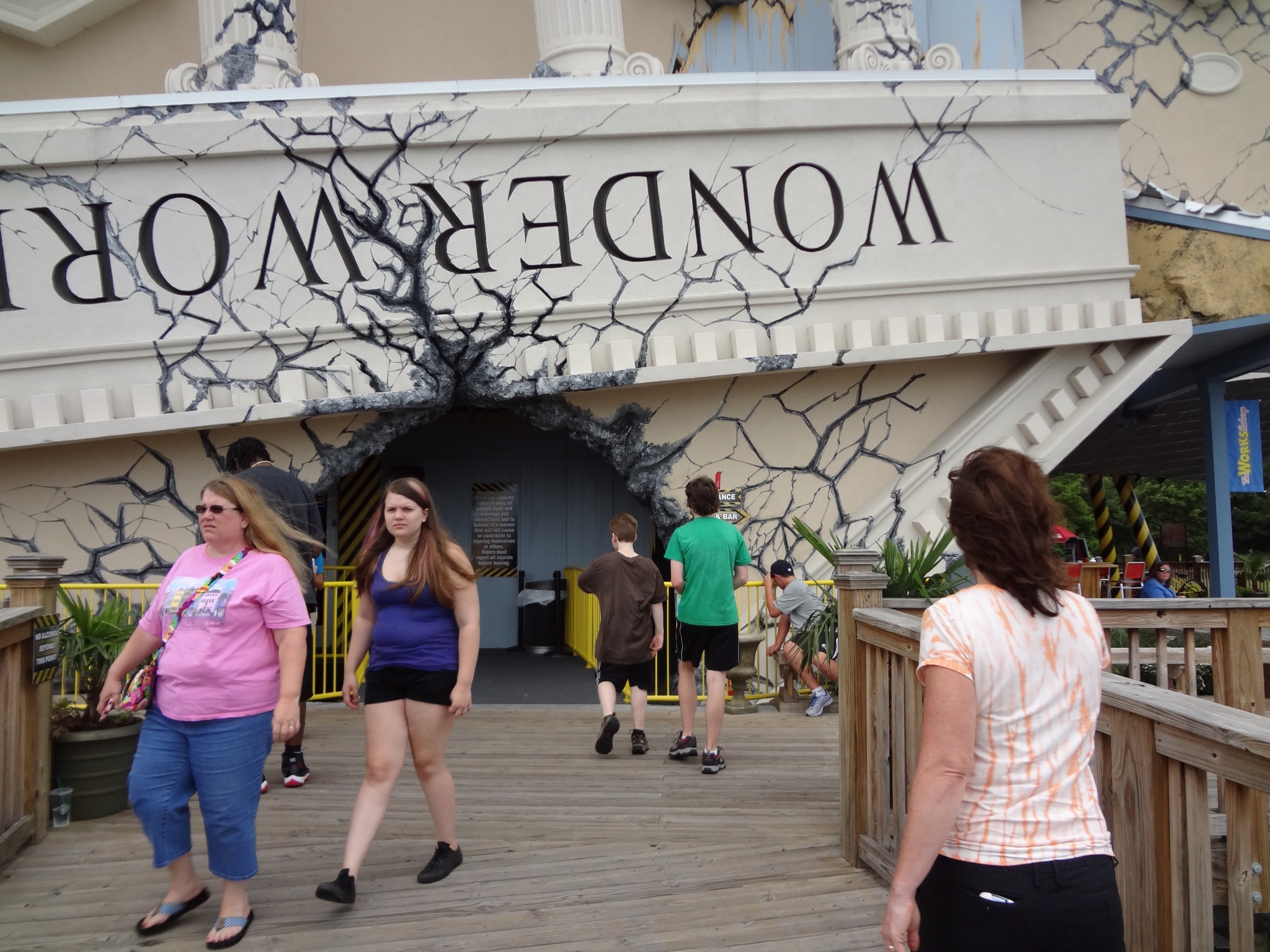 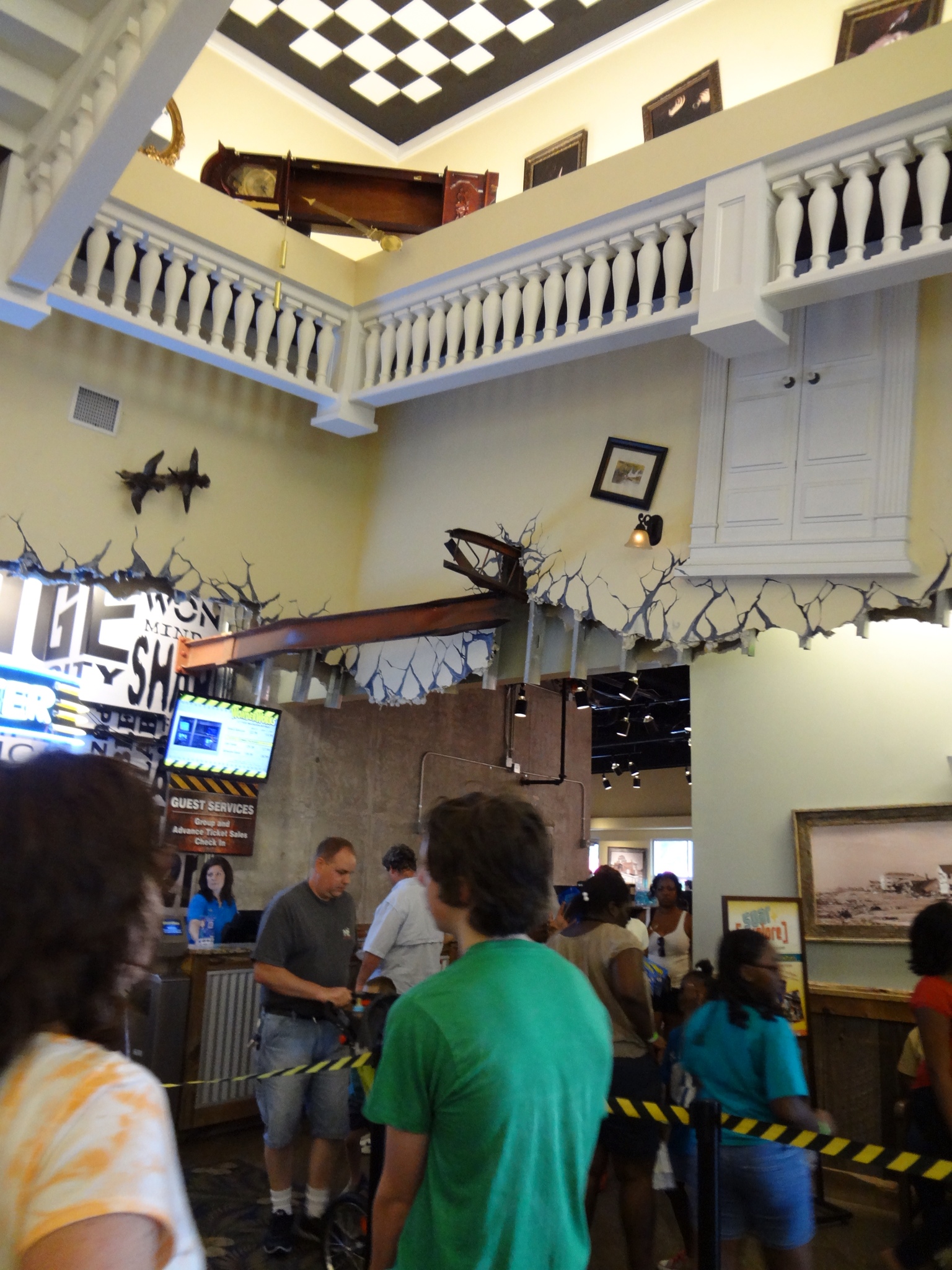 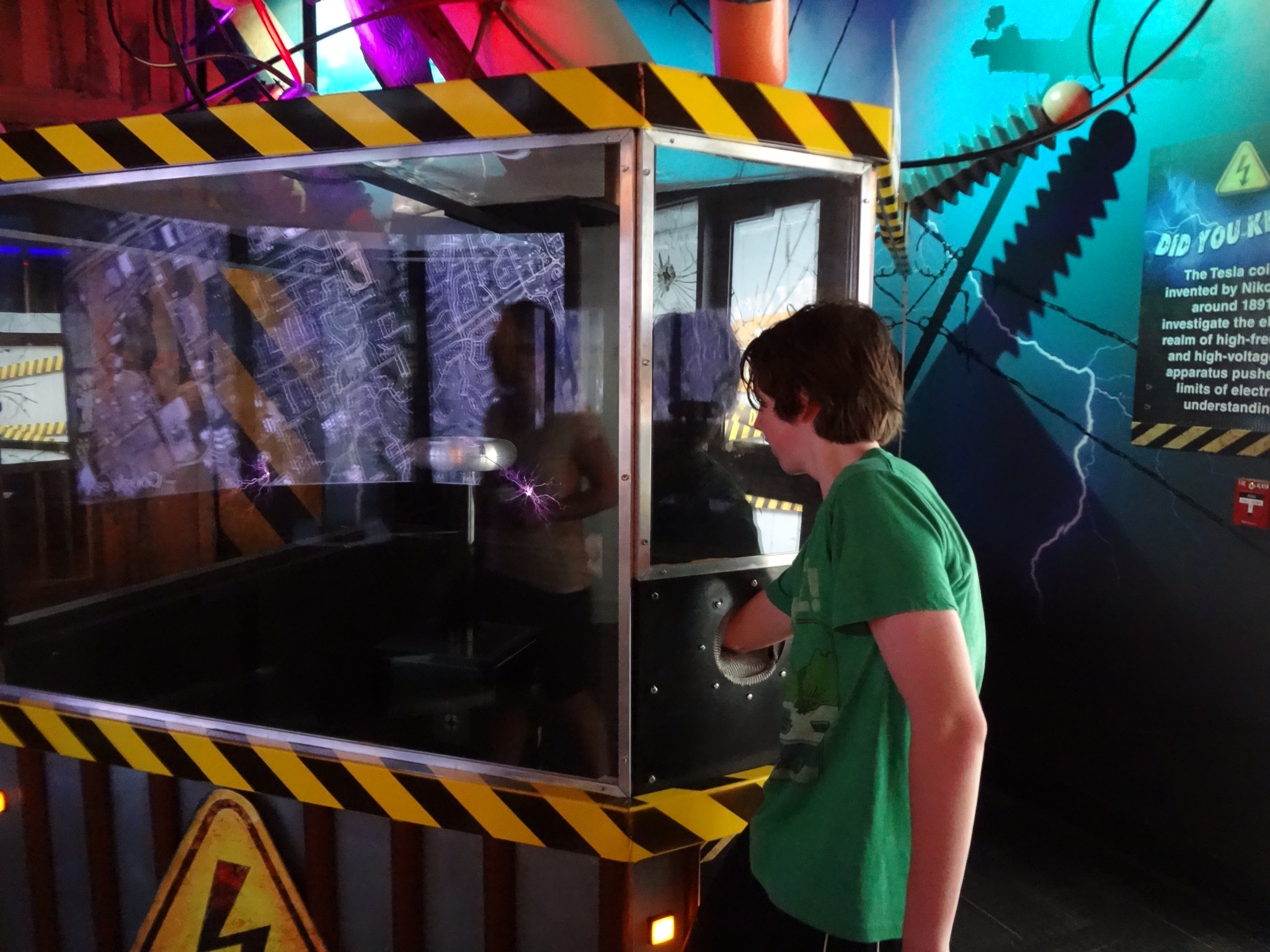 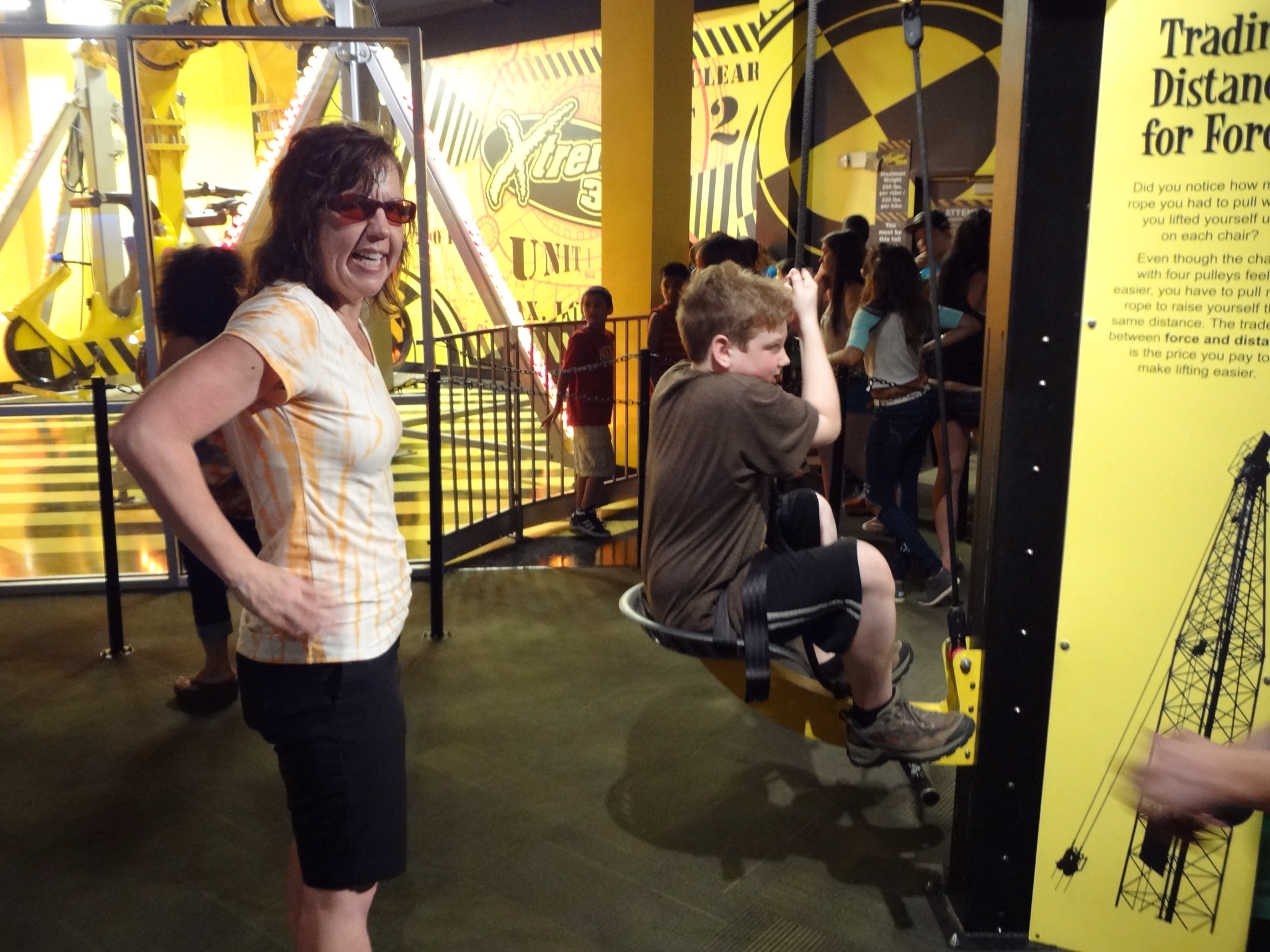 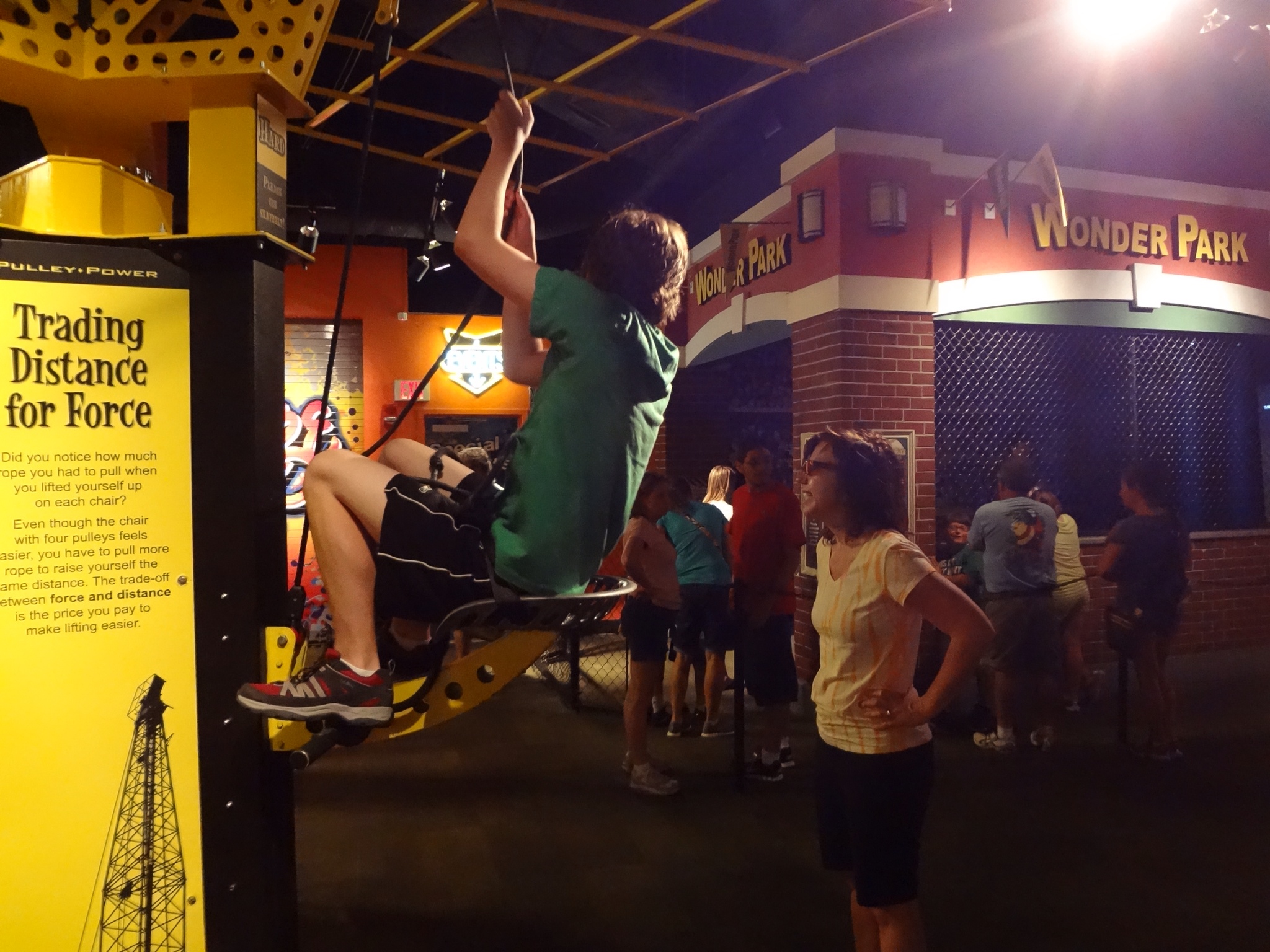 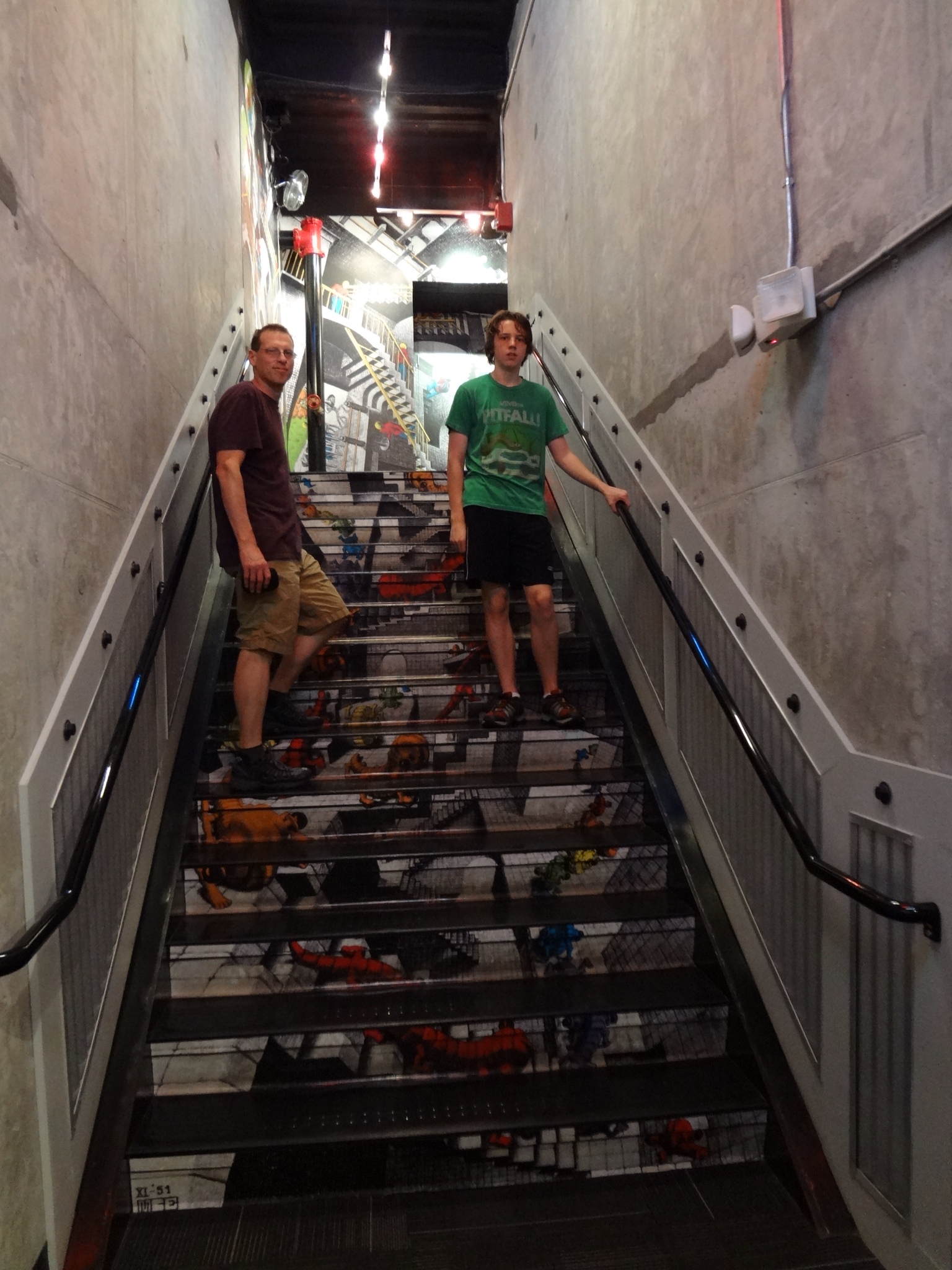 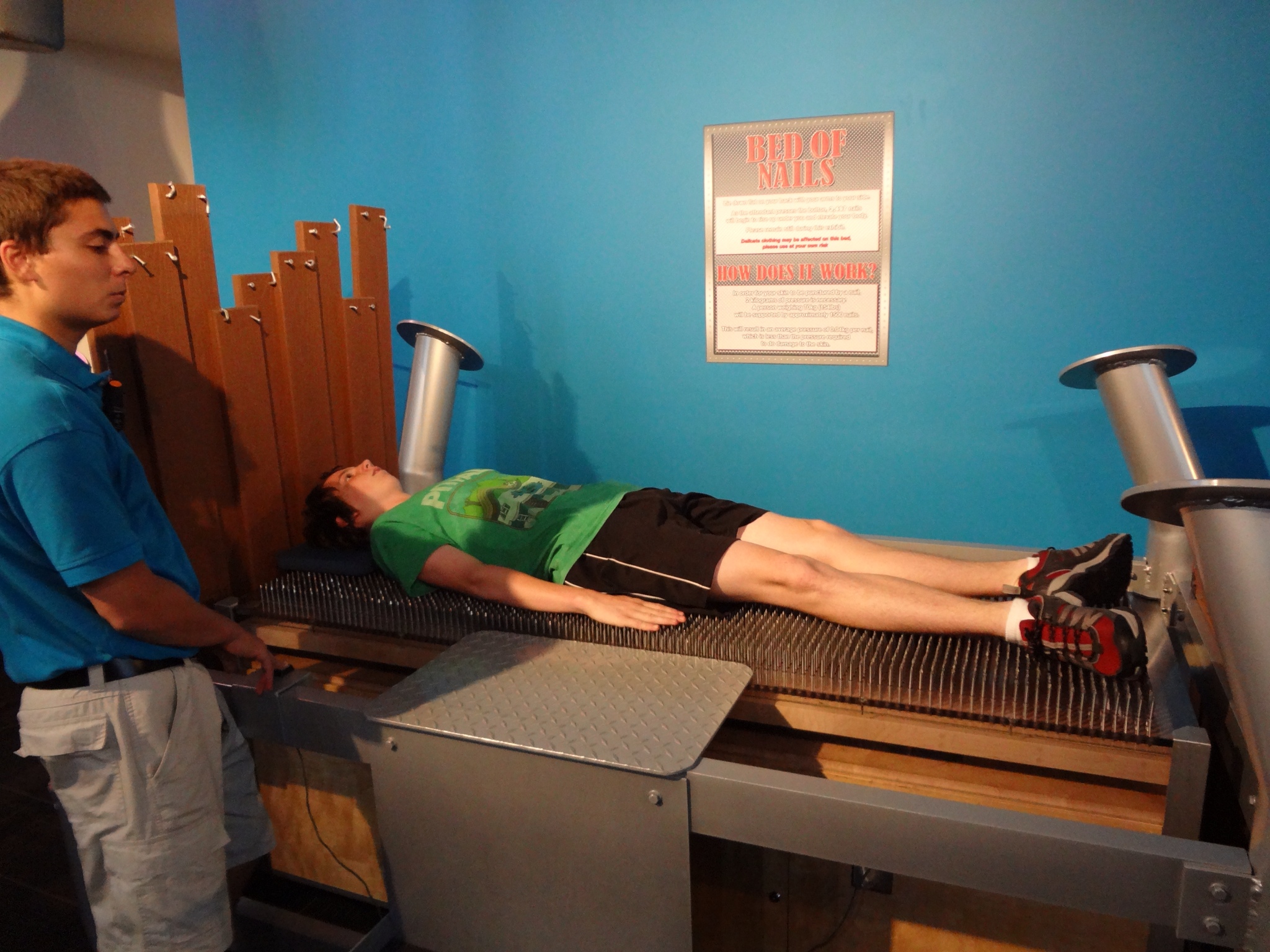 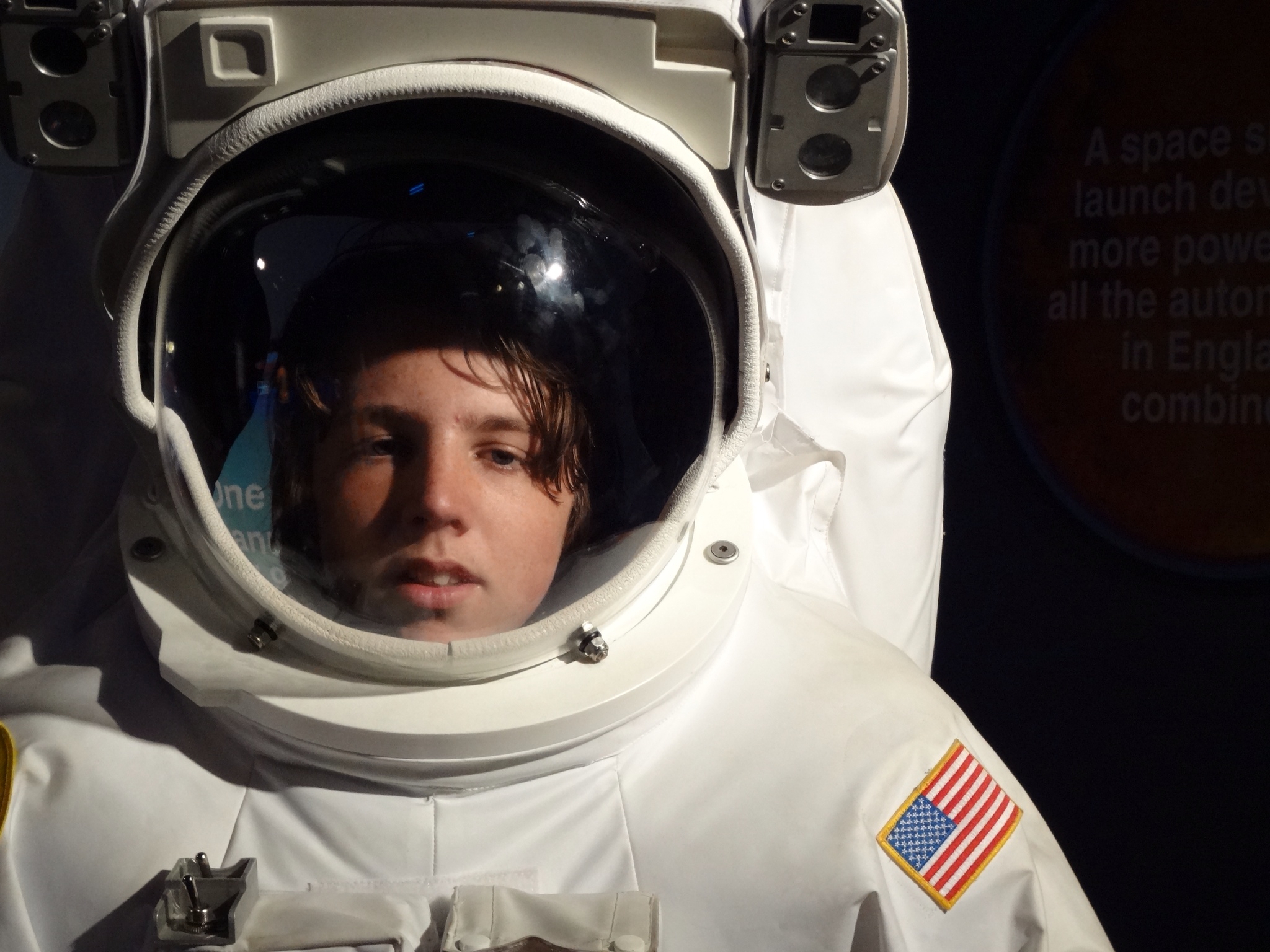 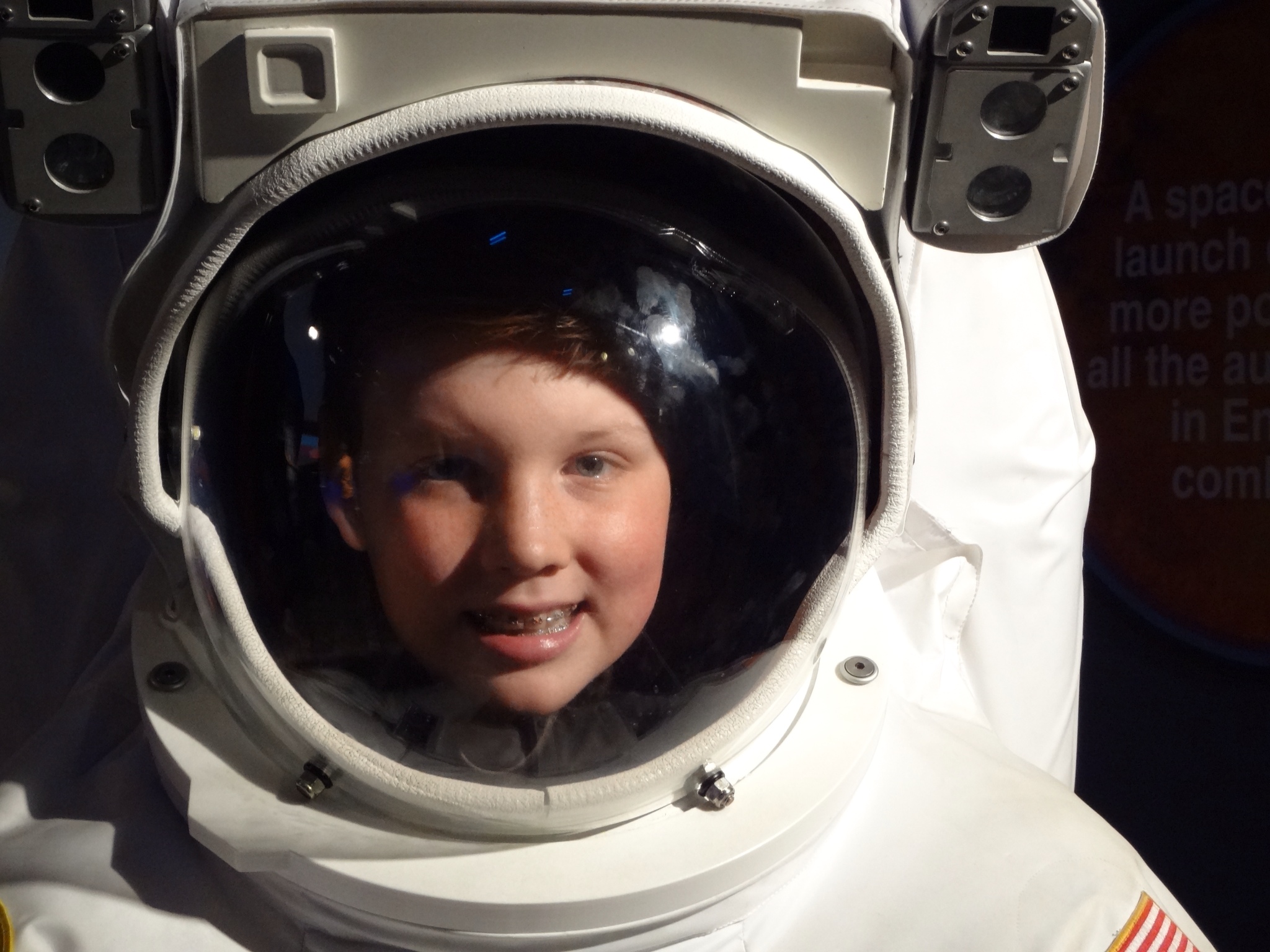 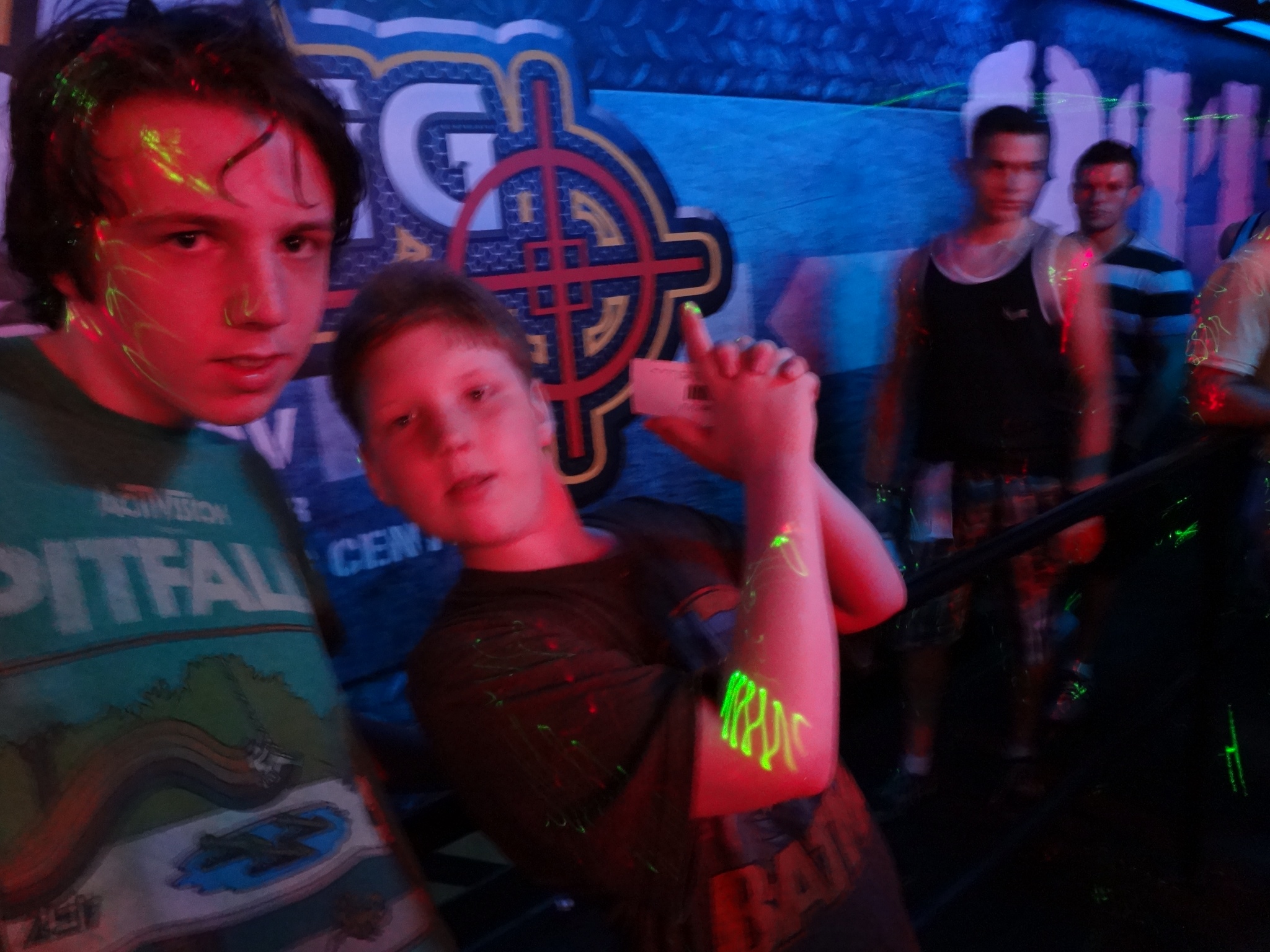 The best part by far was the ropes course at the top of the 4th floor. You are strapped into a harness that is attached by a safety strap to an interconnected set of rails. At first climbing across a long passage on a thin rope was nerve wracking, but after a bit you begin to relax and trust the harness as you criss-cross the climbing structure 15 to 20 feet up in the air. Unfortunately I didn't get any action shots of the family as we all went up at the same time and had to put the camera and the rest of our stuff in a locker. But here are some pictures of what it looks like from the ground: 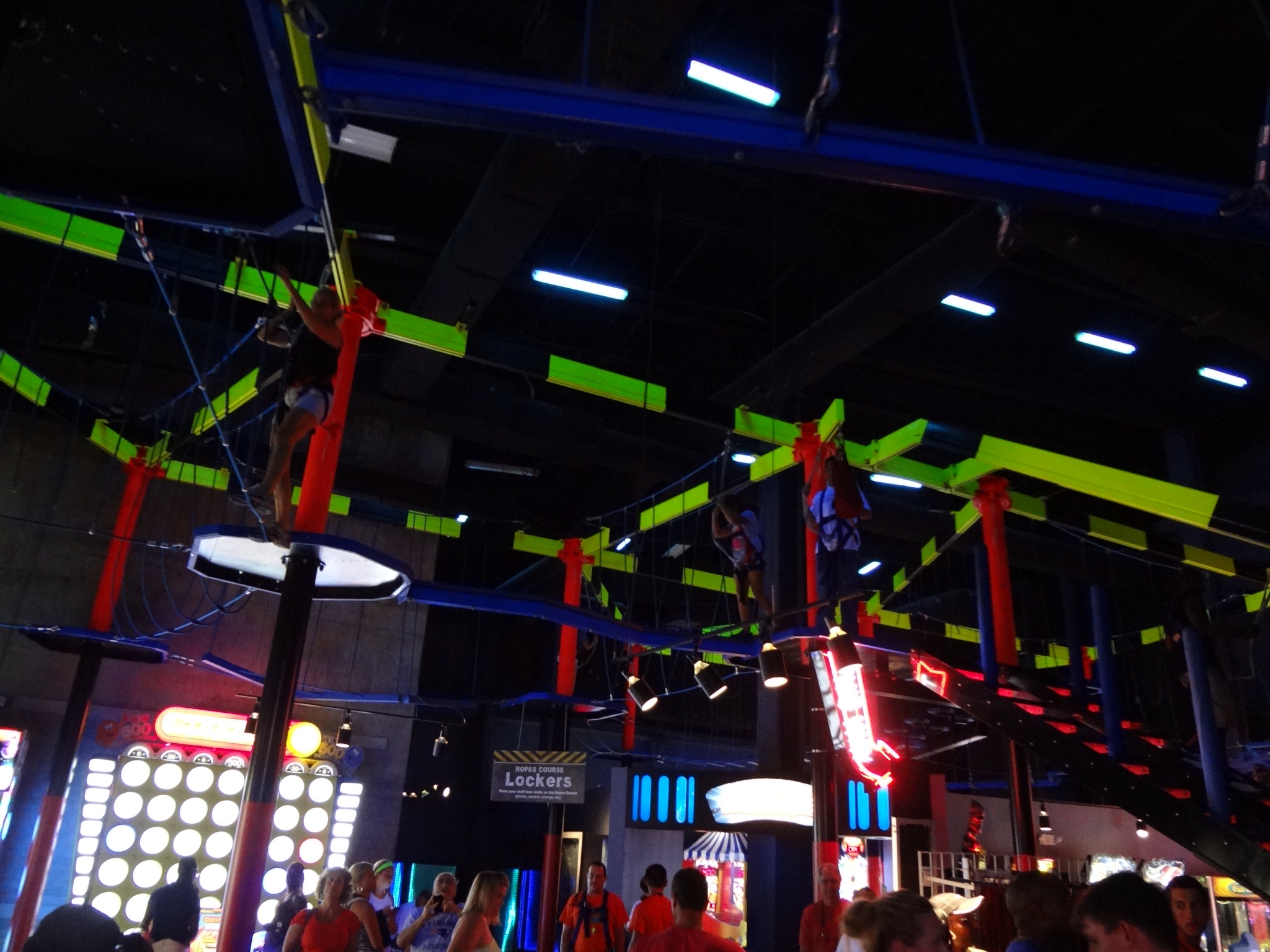 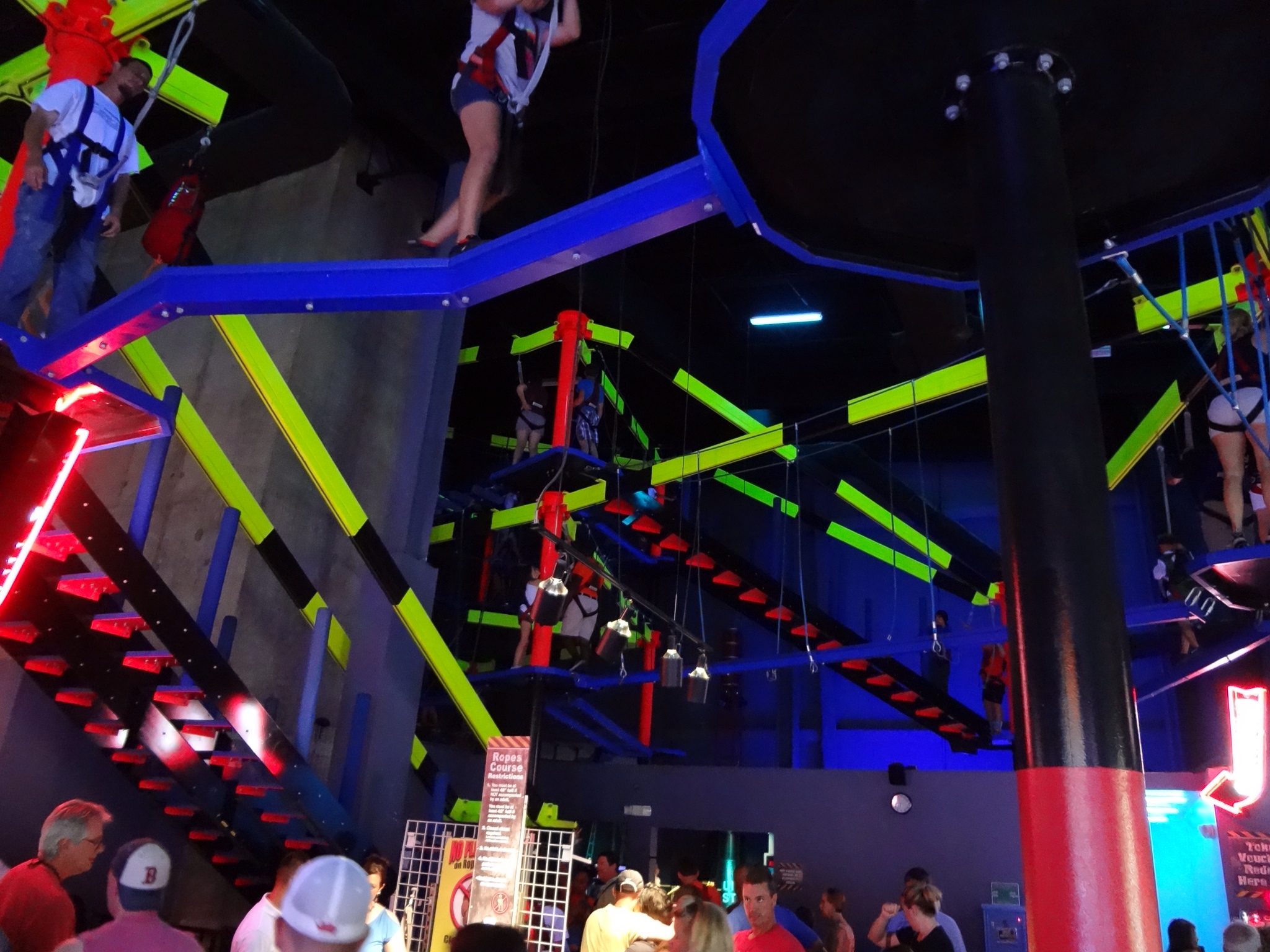 We had planned to go to a nearby frozen yogurt stand at the end of the day, but by then it was raining pretty hard. So we relented to highway robbery and let the kids get the robot constructed ones. 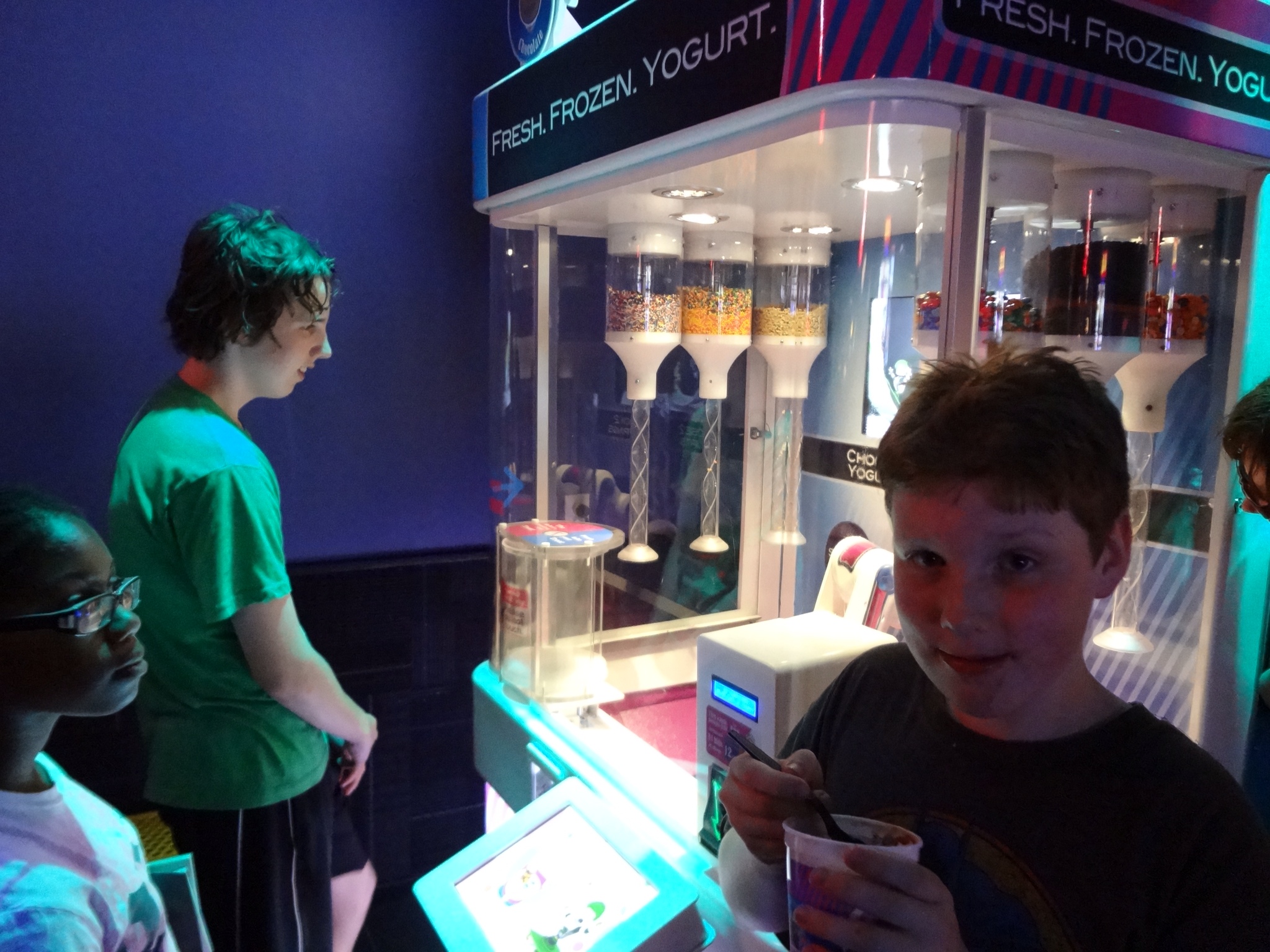 We started back to the car around 5:30, and got caught in another downpour. I decided to run back to the car and bring it to the other side of the complex where everyone else would wait. Fortunately it died down before I had gone very far so I didn't get too wet.

If we had planned better we would have been prepared to cook again in the condo, but by the time we were on the road Rebecca and I were both famished. I pushed to try out a Chick-fil-a on the way home. We all liked it OK, but it felt very much like just the chicken dishes on a McDonald's menu. I think Rebecca liked it better then the rest of us.

We got back to the condo around 7:30 and had a low-key night. I wish we could have budgeted more time in Myrtle Beach, but we are all looking forward to finally heading west. Tomorrow, Asheville NC!